Vertical Garden it has been modified: 2017-12-11 di Social Design Magazine

Patrik Blanc, a French artist of the 1953, has been committed for years to the construction of beautiful buildings in vertical green. Now vertical gardens are common, but Patrik is the mainstay of this type of practice. 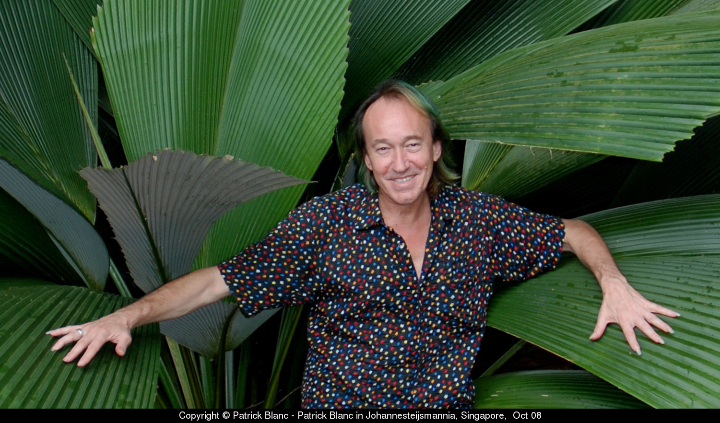 In our ever less green cities, Blanc's goal is certainly of great interest. Some plants need land to grow, they only need oxygen, water and carbon dioxide, this is the point of view from which Patrik started. One of the problems that the French study has had to face is the destructive capacity of the roots, strategically overcome by the continuous maintenance of the roots in contact with water, thus avoiding digging in depth in search of the same. 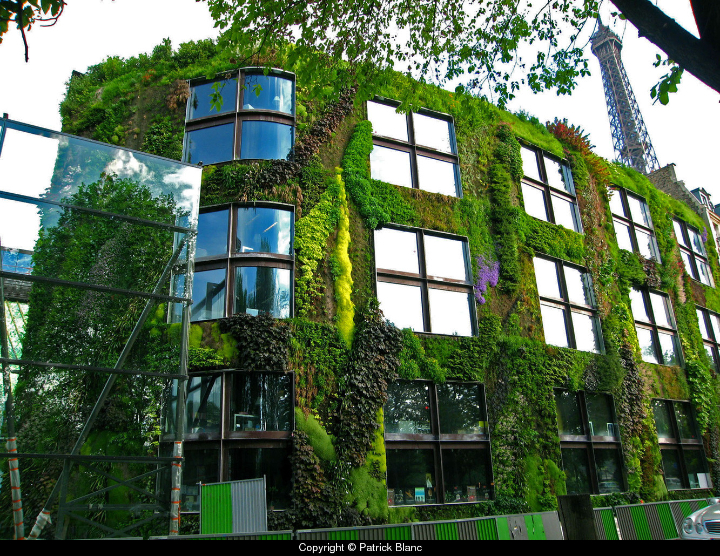 The architectural system studied by Blanc weighs about 30kg for m2 and is composed of 4 different layers:

the first is the SUPPORTING STRUCTURE in metal, consisting of a metal weft, which can be anchored or detached from the surface. The space generated between the two structures also creates splendid thermal and acoustic insulation.

Then a 1cm thick PVC CANVAS is placed on the support which increases its rigidity and makes it waterproof.

As a third layer, the support will be placed to which the plants will be hooked: the felt paper, which allows the water to distribute uniformly.

Finally, the plants can be placed around 30 per square meter. 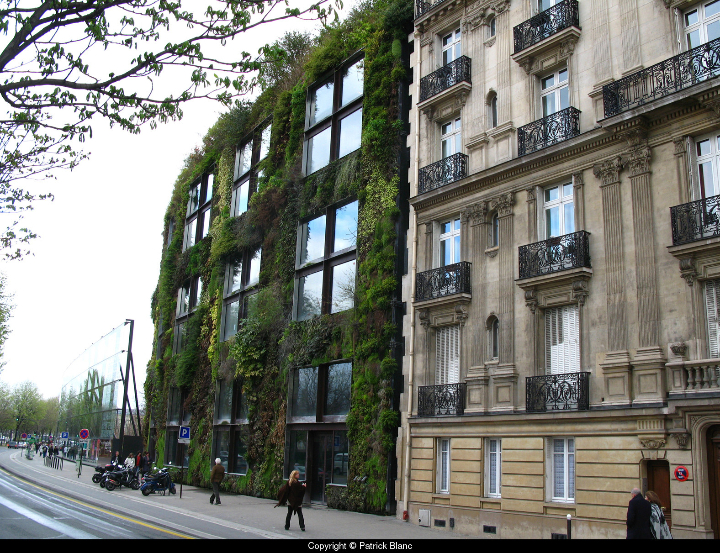 In Paris you can see the Musée du quai Branly, designed by Jean Nouvel and enriched by the splendid vertical green wall. The thousand greens of the plants come together in an incredible picture, which thrills live and prevents those who see it from taking their eyes off that splendid surface. We strongly suggest a visit, you will be amazed. 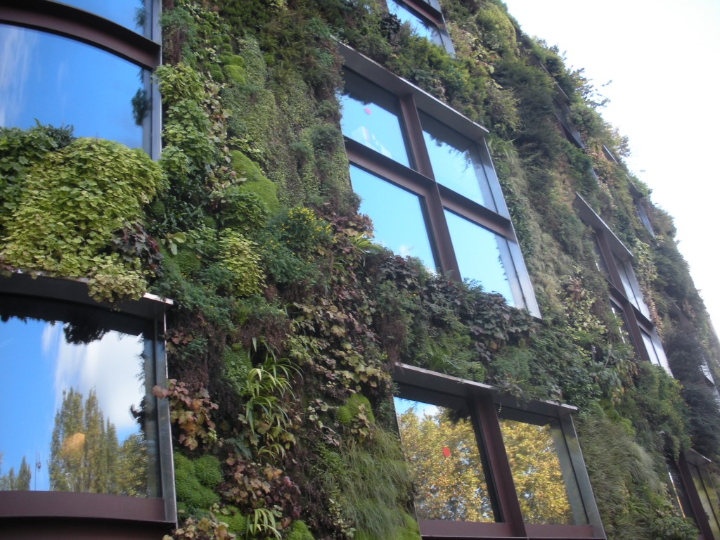