Solar Decathlon is the Olympics of sustainable architecture in which university teams from around the world compete to build prototypes of highly sustainable homes.

In the Solar Decathlon Europe 2014 edition, Italy is represented by the RhOME team, a multidisciplinary group of students, researchers and professors from the Roma Tre University led by architect Chiara Tonelli.

The constant increase of the world population, climate change, land consumption, are problems with which future generations will have to deal, now is the time to find "sustainable new ways" to live.

Rhome, a home for ROME, starting from these assumptions, wants to give an answer to the degradation of the Roman suburbs, the demand for low-cost housing for the most vulnerable segments of the population, all'incuria against the Italian artistic heritage, a method of settlement of "urban regeneration", which starts from the characteristics of the context in order to be applied to the world cities with similar problems.

The intervention area of ​​the project is Tor Tax. The aqueduct that characterizes it is today attacked by abusive accretions of the inhabitants, the urban project thus provides a system of controlled demolition and reconstruction, and the addition of a set of common services ancillary to the residence, able to completely transform the face of neighborhood and make it financially independent.

Houses of minimum size, flexible low-cost, low-power, designed for the contemporary families, young couples, single, divorced and with a look at the life of a typical Mediterranean climate: the use of open spaces, contemporary buildings increasingly confined in small balconies, is powerfully proposed in the project. 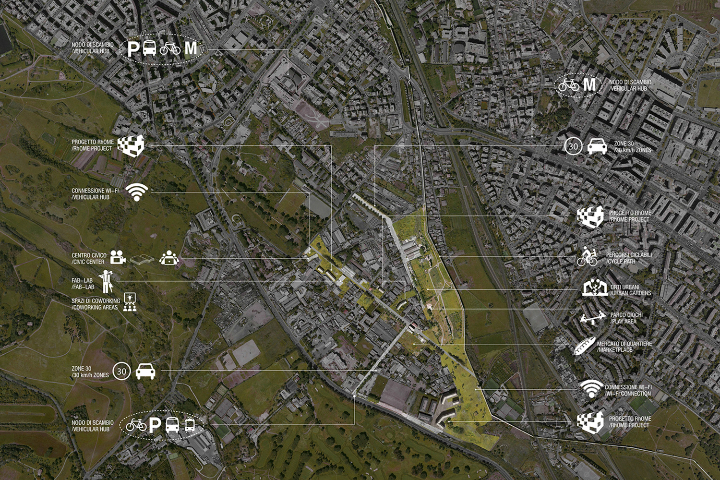 At Versailles, on display until July 14 2014 is the prototype Rhome, which is the top floor of the aggregate urban.

An apartment of 60mq built in just 10 days of construction, thanks to the construction technology prefabricated wood.

The plan revolves around the core that contains 3D services (bath / kitchen) and plants. Two large balconies, north and south, make outdoor spaces livable 8 months a year, the use of flexible furnishings in the bedroom can transform the bedroom into a study during the day. 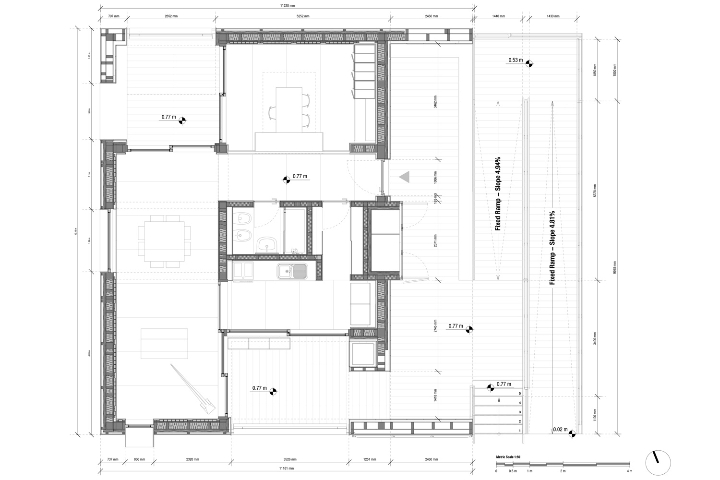 From the point of view of sustainability innovations are many, from the control system and management of the house that makes the city of tomorrow "smart", the goal is to teach the culture of energy savings with small and simple gestures so that the homes require less energy to function properly. 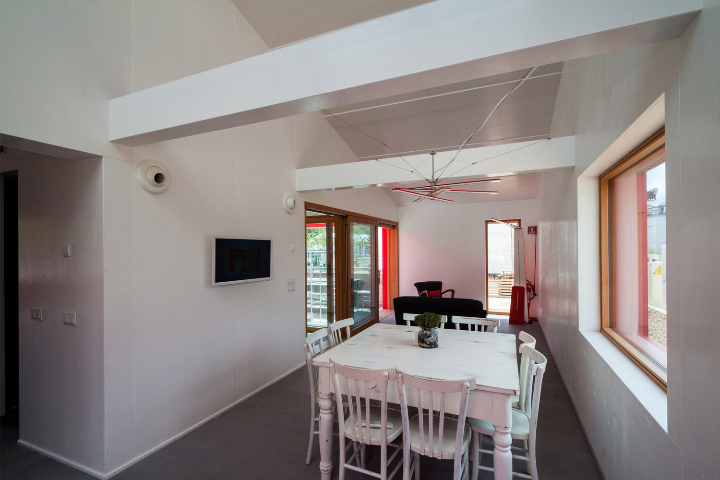 RhOME - view of the living area

The largest photovoltaic roof sliding, present on the south wall, composed of flexible panels used in marine, is another feather in innovation: until now the roof was delegated to cover the energy needs of the building, increase plans , the surface of the roof remained constant, the system of shading / PV of Rhome allows each home to produce the necessary amount of energy required with the ability to exponentially increase the number of plans constructible.

The parapet thermodynamic, also a patent everything Italian, provides the hot water needed in the family, but in the process of generation of heat releases cold air, making the climate of the lodge in the summer cool and pleasant.

The shape in plan of the dwelling allows the triggering of natural ventilation in the summer period, thus avoiding overheating of the enclosure. 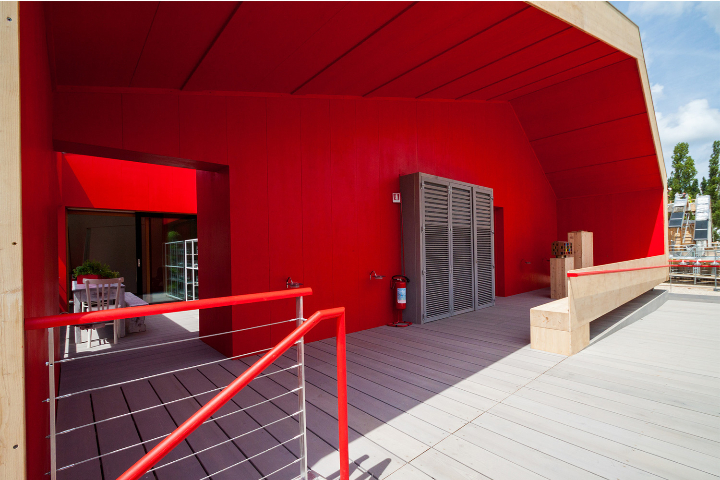 The lighting system (LED strip) allows minimal consumption and life of the components.

The materials used are all environmentally friendly, recyclable at end of life, or from re-use, as most of the furniture of the living area and the lodges. 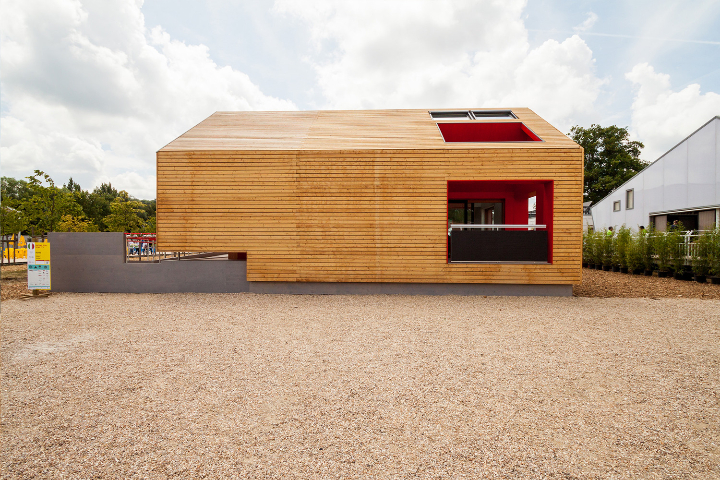 Rhome, a home for ROME, the home of the future.

View all articles by Giuliano Valeri