Home » Design » An emotional shower in the bath house

An emotional shower in the bath house it has been modified: 2016-10-18 di Benedict Flowers

The Fir Italy solutions to transform the shower in a wellness area, where you can regenerate with water caresses and chromotherapy.

In the house the bathroom has become the place where to regain perfect balance, relaxation and wellness. The shower area in particular looks firmly to the SPA.

With My Wellness, Fir Italy offers a wide range of shower heads and shower accessories to transform the bath house in true well-being space. shower solutions for any type of bathroom, available in numerous variants which are distinguished by design, type of installation and size: multi-jet shower heads, chromotherapy effects and accessories that massage the parts of the body most subject to stress through revitalizing water caresses and the beneficial influence of the colors of chromotherapy.

The multifunction shower heads Fir Italy are equipped with chromotherapy effect and equipped with three types of jets: "rain", a revitalizing tropical rain to revive your shoulders, "cascade", a refreshing waterfall ideal for neck massage, "nebulizer "un'inebriate imperceptible cloud of water droplets to caress the skin. All manageable through a waterproof remote control.

The Synergy models are characterized by an organic design that takes inspiration from nature, and made of stainless steel with the inside of the shower head in DuPont ™ Corian®. A special detail, which suggests and facilitates the combination in terms of materials and colors with shower trays, bathtubs and other bathroom furniture.

The Playone models instead are multifunction shower heads with square minimalist forms, Made of stainless steel and chrome finish. All multifunction shower heads Fir Italy are designed and engineered at the forefront in terms of water savings, and work with a range of only 10 liters per minute. Shower solutions "green", Which allow optimization of the water flow regulation, maintaining the sensation of a vigorous and invigorating jet.

For lovers of chromotherapy, Fir Italy offers different variants of shower heads equipped with an eight-color color therapy system, with independent operation by the use of water. Through the waterproof remote control you can choose a color from red, green, blue, yellow, purple, blue, violet and white, or even start automatic transition from one hue to another, and enjoy the benefits of color therapy.

In the "well-being" shower configurations with multiple functions can not fail to complete articles as a cascade spouts, to choose between different types of jets and design, or shower heads "Body jet" tub and multifunction showers with rain jets, aerated spray and massage jet. 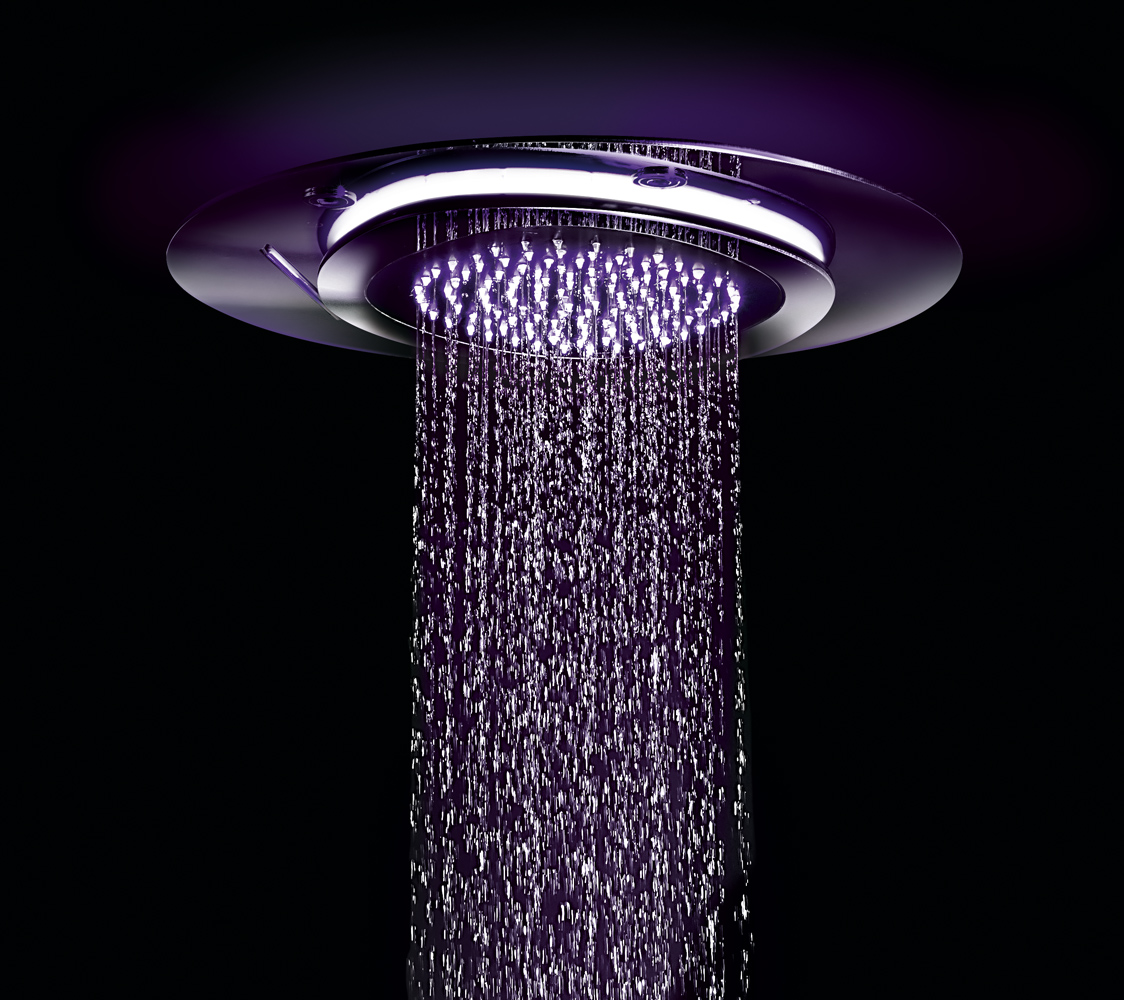 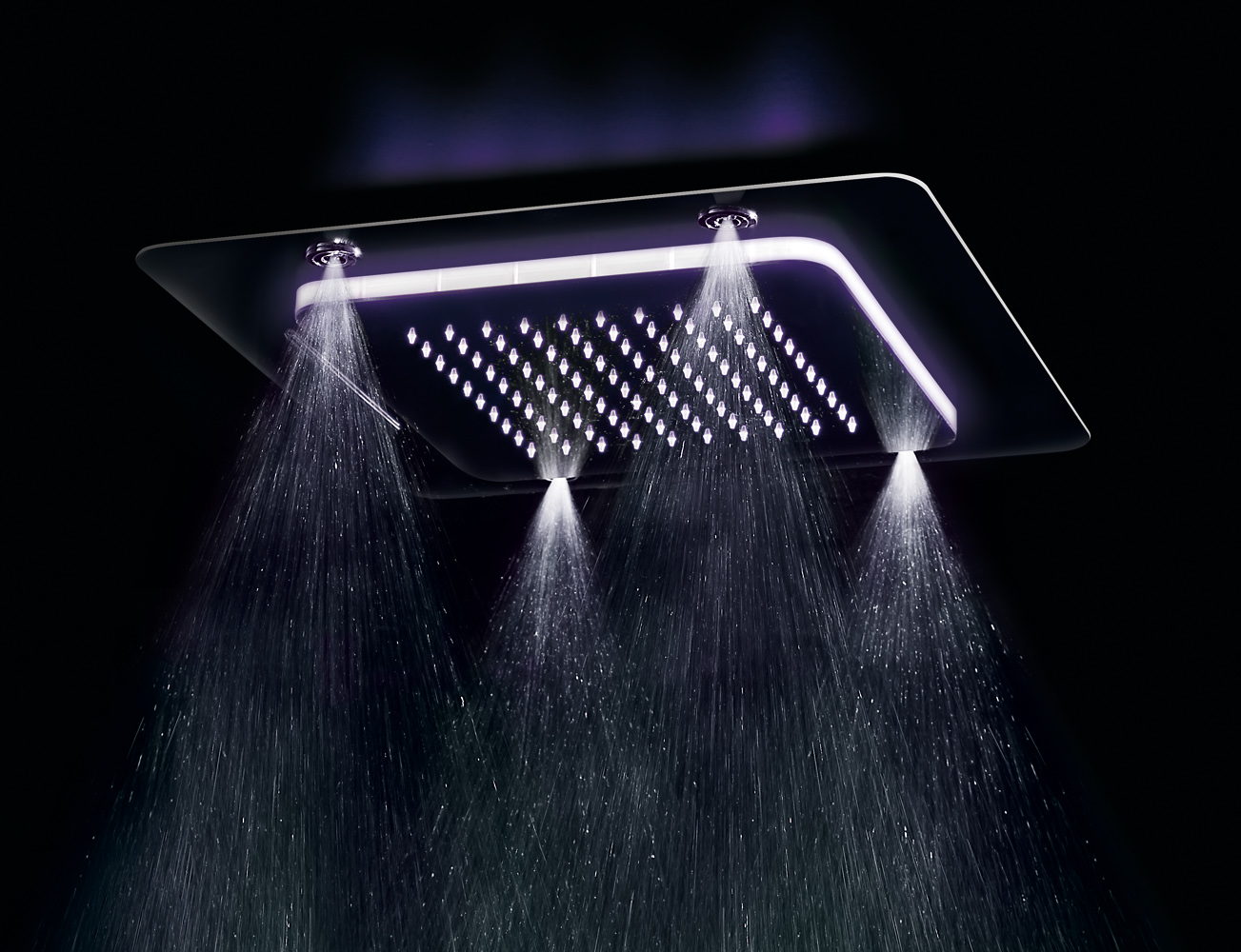 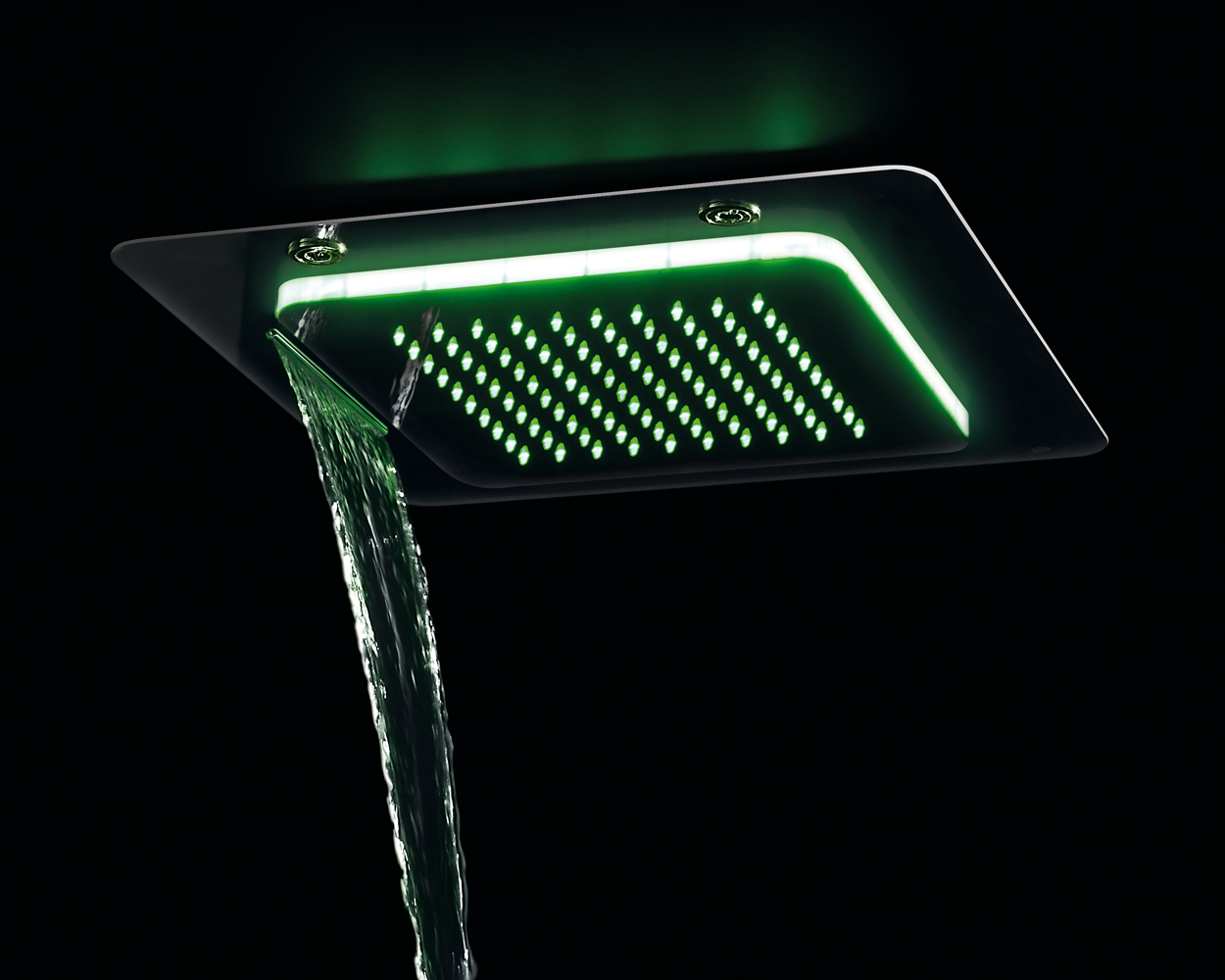 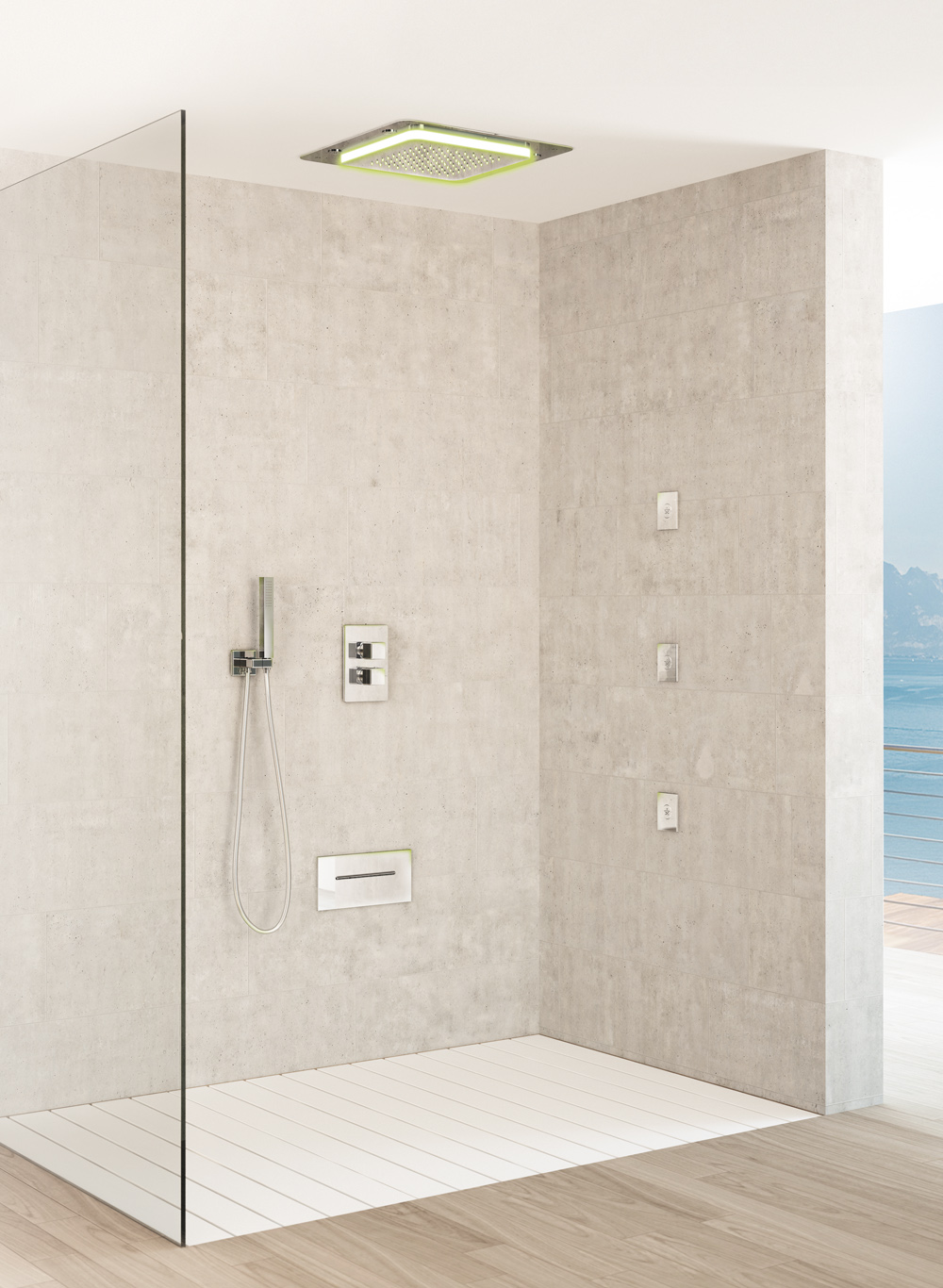 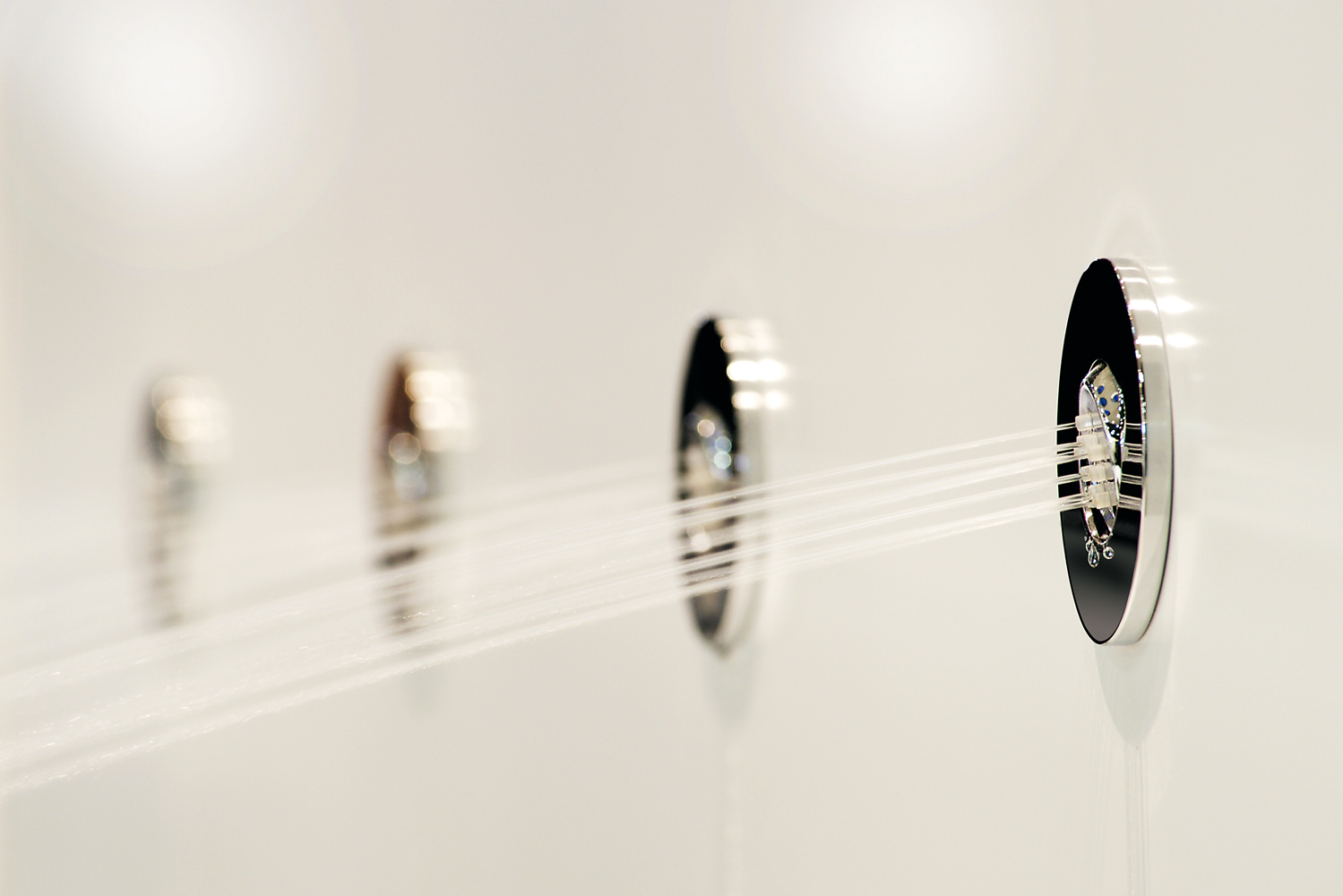 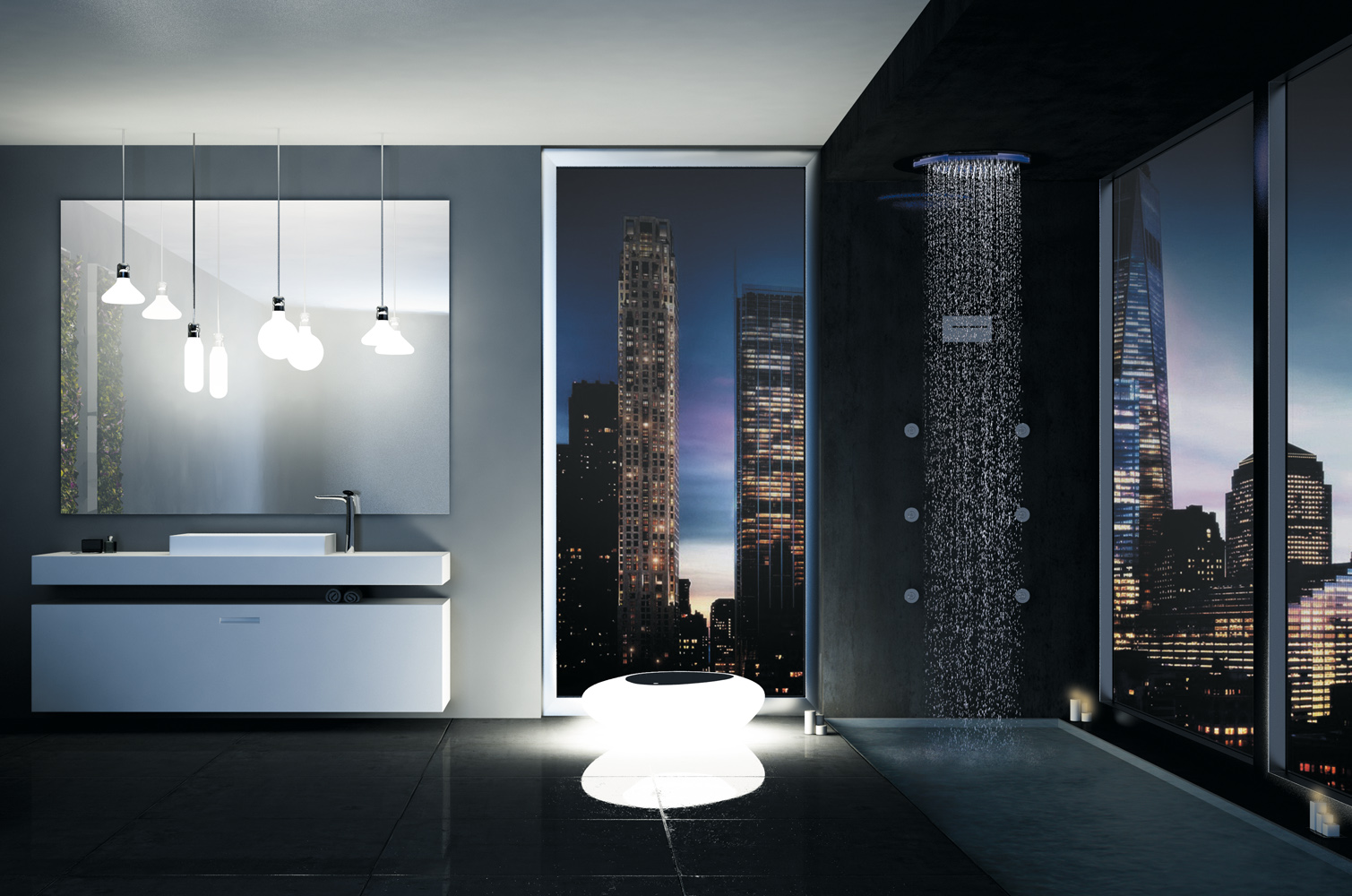