Synergy of Fir Italy, the designer fittings with handle made of DuPont ™ Corian® it has been modified: 2016-09-05 di Benedict Flowers

Which faucet can be combined with a DuPont ™ Corian® sink, bathtub or shower tray? The Synergy taps collections by Fir Italy offer you the opportunity to choose a designer mixer with the handle made of the same material and finish as the other furnishing elements you have chosen for your bathroom.

Corian® is an extremely versatile and durable material, practical, easy to clean and warm to the touch. A material already well known in the world of bathroom furnishings and which now, with the Synergy collections, is also making its entry into the taps sector. In combination with the chromed or painted brass that characterizes the body of Synergy taps, the handles are made in different colors of Corian®.

The organic shapes of Synergy taps, designed by architect Francesco Lucchese of Studio Lucchesedesign, are devoid of rules and geometries because they are inspired by nature, therefore they have multiform and totally asymmetrical lines. Each tap recalls the material, on which wind, water and sun, moment by moment, leave their mark over the centuries, shaping it and making it take on a different shape from time to time.

There are three variants of Synergy: “Stone”, “Cover” and “Open”, all with handles made of DuPont ™ Corian®. The Synergy faucet Stone it has a stone-shaped handle like the compact and smooth stones found near seas and rivers. In the variant Cover, the Synergy faucet is characterized by the handle that extends to cover the spout, reminiscent of the desert dunes shaped by the blow of the wind. Open finally, the variant of the Synergy faucet with a handle with a short and compact shape, particularly practical and functional, which stands out as a protagonist on the body of the mixer.

All Synergy taps are available in different models, for installation on the countertop, directly on the washbasin, for the basin and also for the floor.

Synergy with the combination of materials is possible even in the shower. THE shower heads in fact they have the internal part made of DuPont ™ Corian®, which can recall, for example, a shower tray made of the same material and finish. Are you looking for a wellness solution that can transform your shower into a SPA? The Synergy shower heads are also available in multifunctional models, again with the internal part in DuPont ™ Corian®, which offer the possibility to choose between three water jets: “rain”, an intense tropical rain; “Cascade” a regenerating waterfall; “Nebulizer”, a dense mist that caresses the skin. Finally, in the variant with chromotherapy, the beneficial effects of color through light are added, able to make you live a unique shower experience of absolute well-being.

Design, high quality, combination of materials, maximum relaxation and more. With Synergy you can also have an eye on consumption. In fact, all the taps for washbasins and bidets are equipped as standard with an aerator with a flow limiter at 6 liters per minute, with a consequent saving of approximately 50% of consumption in terms of water supplied. In the shower, on the other hand, the Synergy shower heads work with just 6 liters per minute, while the multifunction models with rain, waterfall and nebulized jets work with just 10 liters per minute. “Green” shower solutions that allow you to optimize the regulation of the water flow, maintaining the pleasant sensation of a vigorous and regenerating jet. 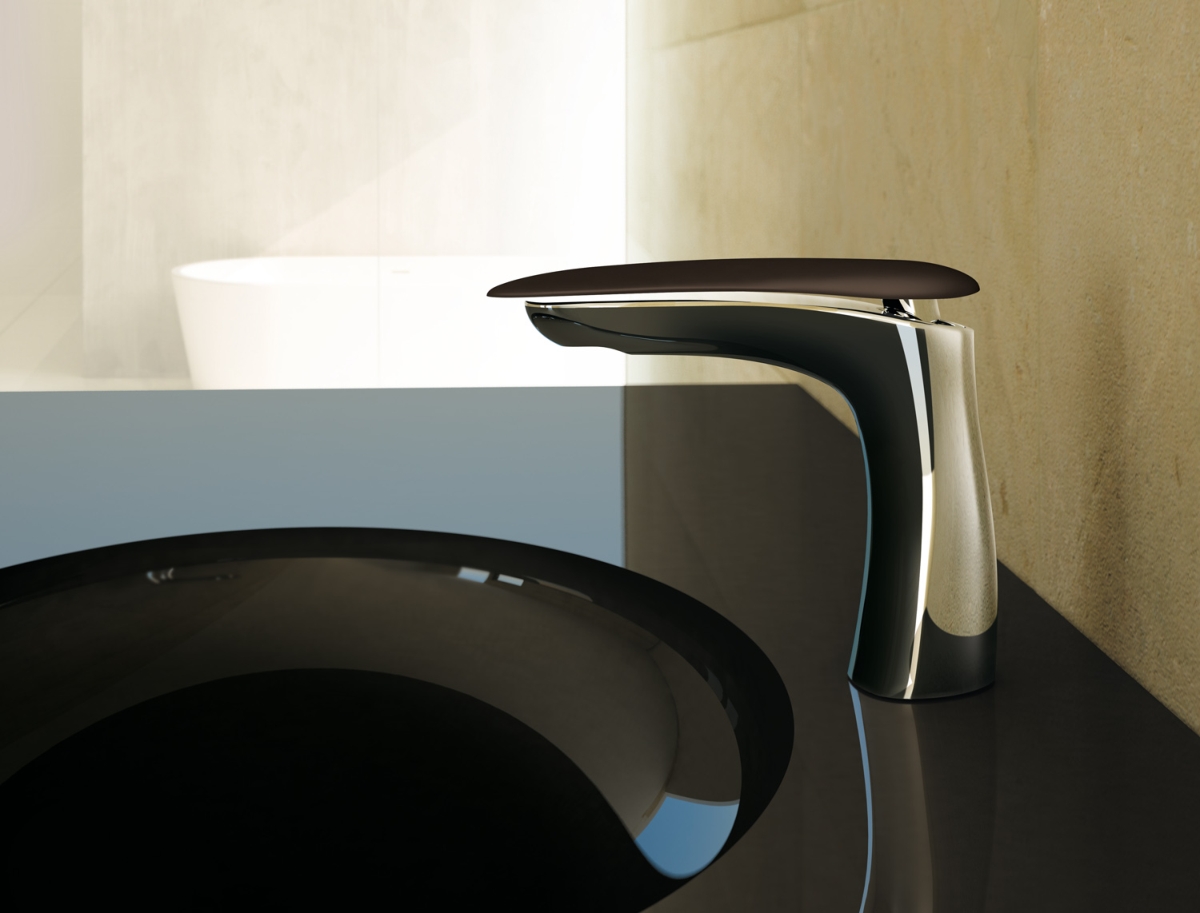 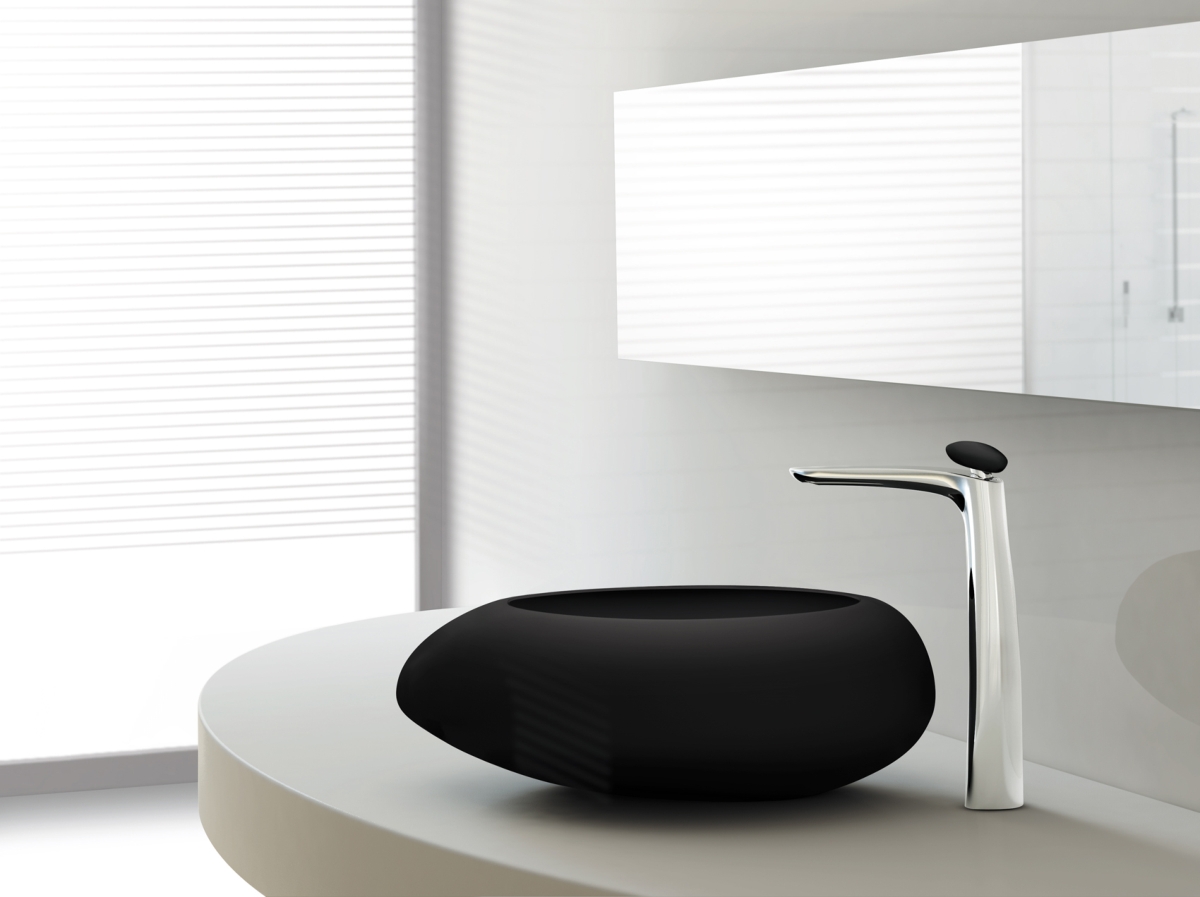 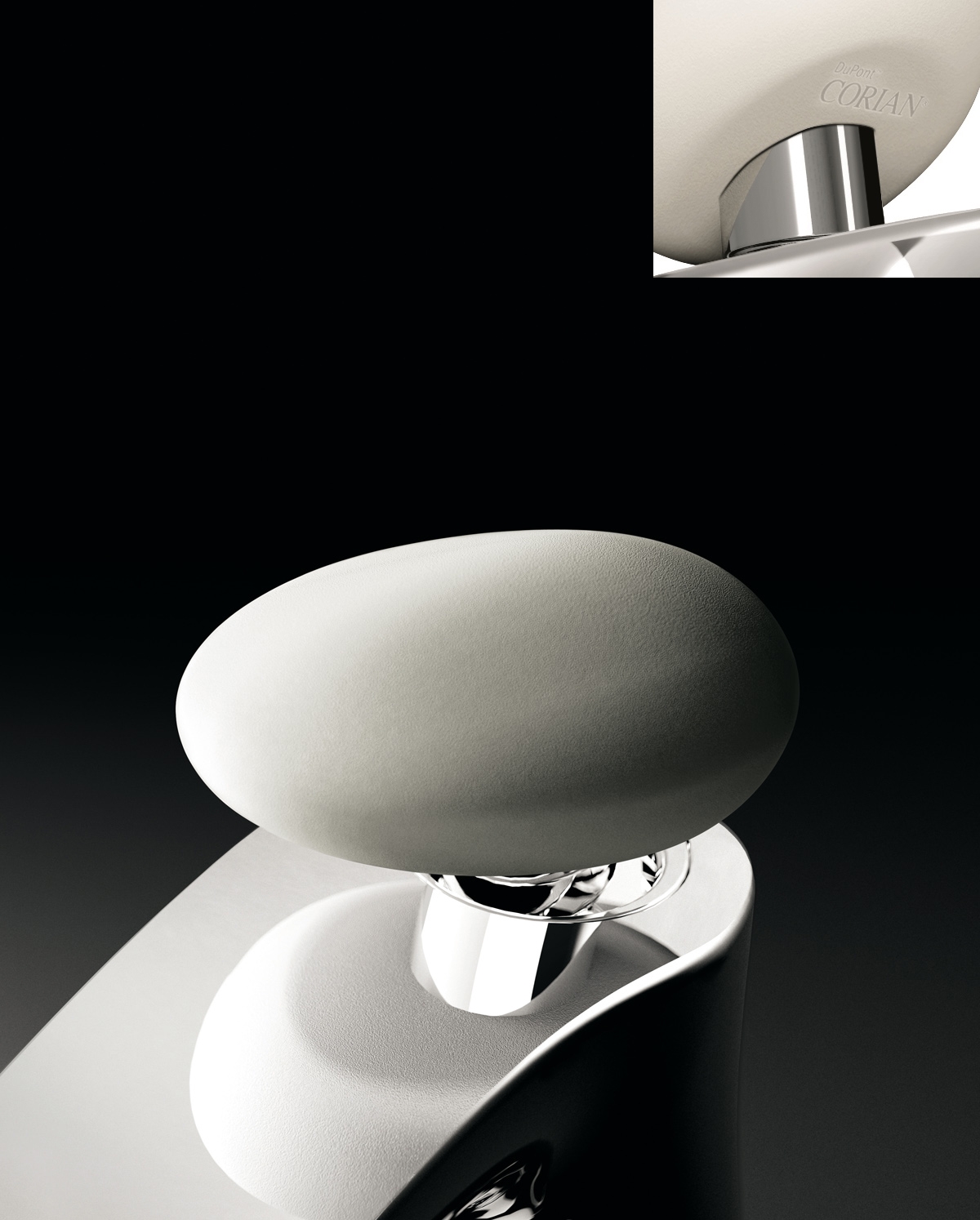 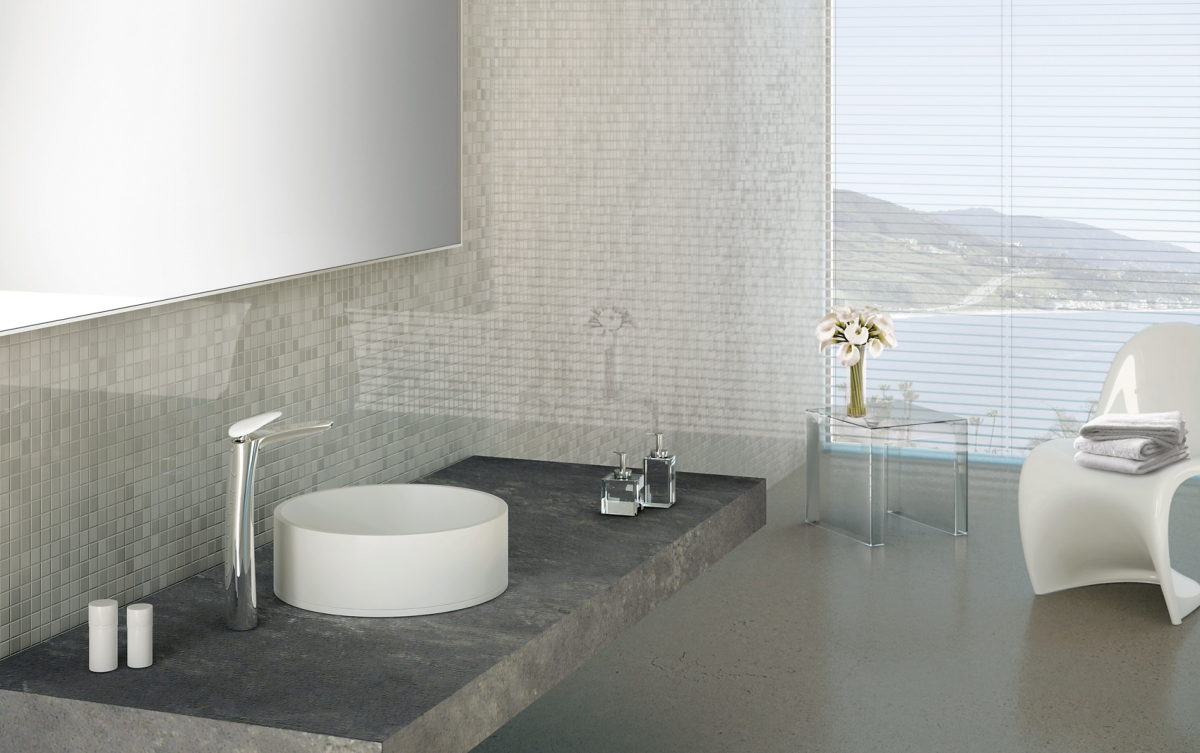 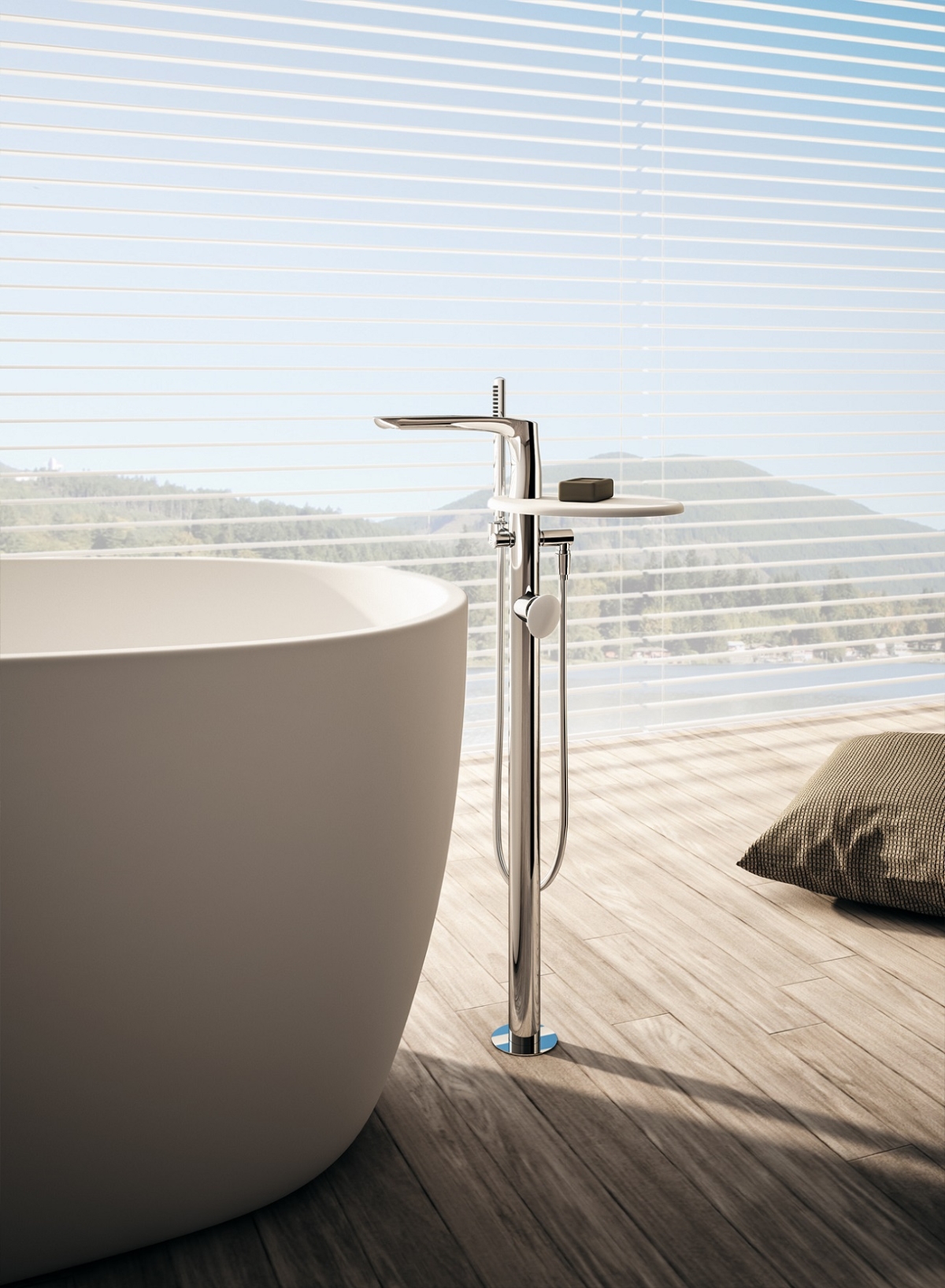 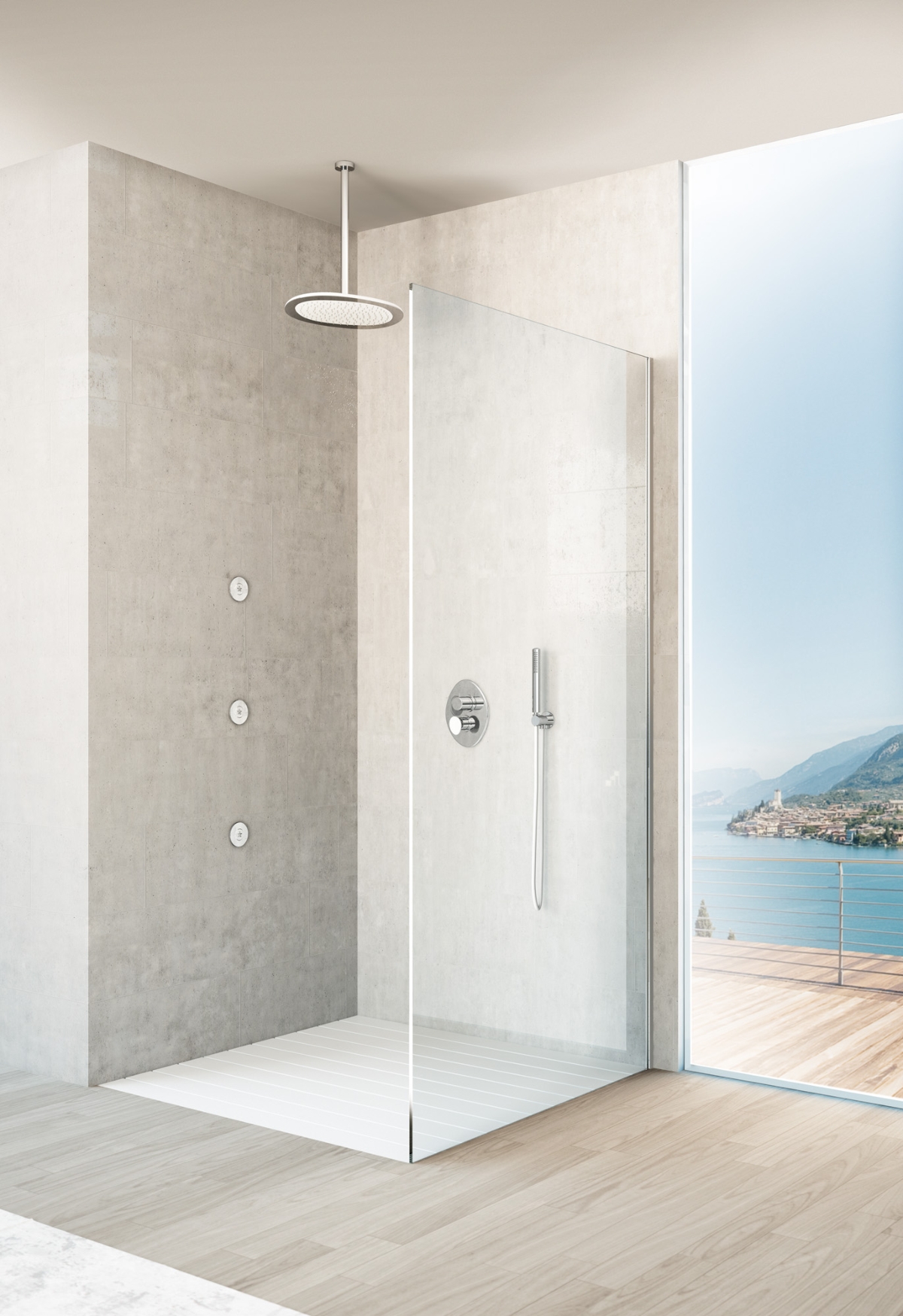