(S) catenatempo is a Plexiglas necklace, composed of 8 surreal clocks, in which the time is decided by the wearer through the hand movement chosen.

It is not a chain chain of time, ironic and self-mocking women. The motto is: "(S) catenatempo, the necklace that you'll be happy to wear."

The necklace (S) catenatempo you will see at the Homi at the Milan fair from 27 to 30 January 2017, within the exhibition "Scatenata, the chain between function and ornament" by Alba Cappellieri. 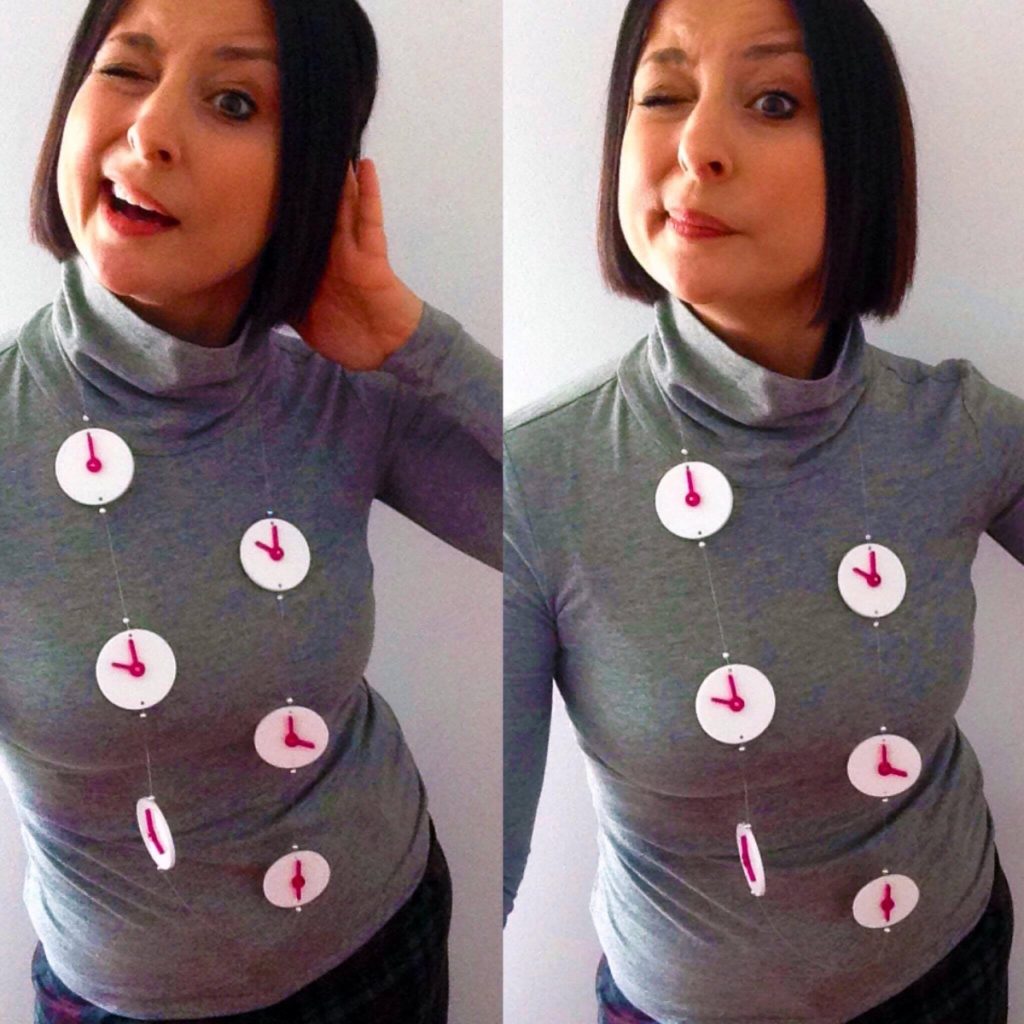 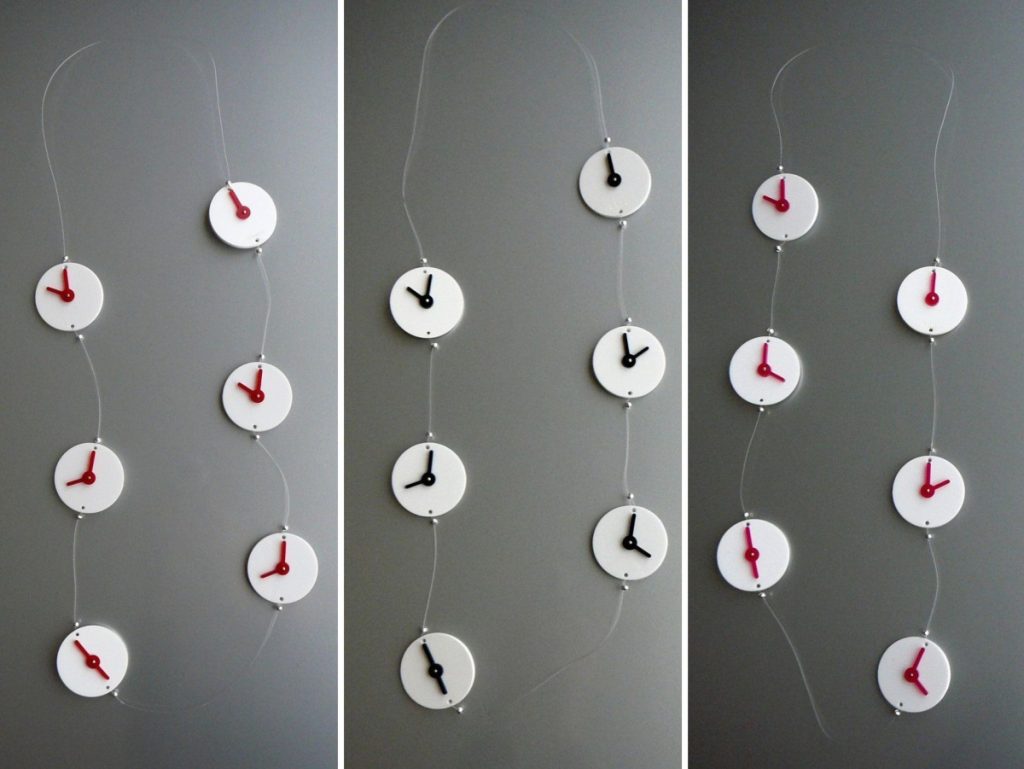 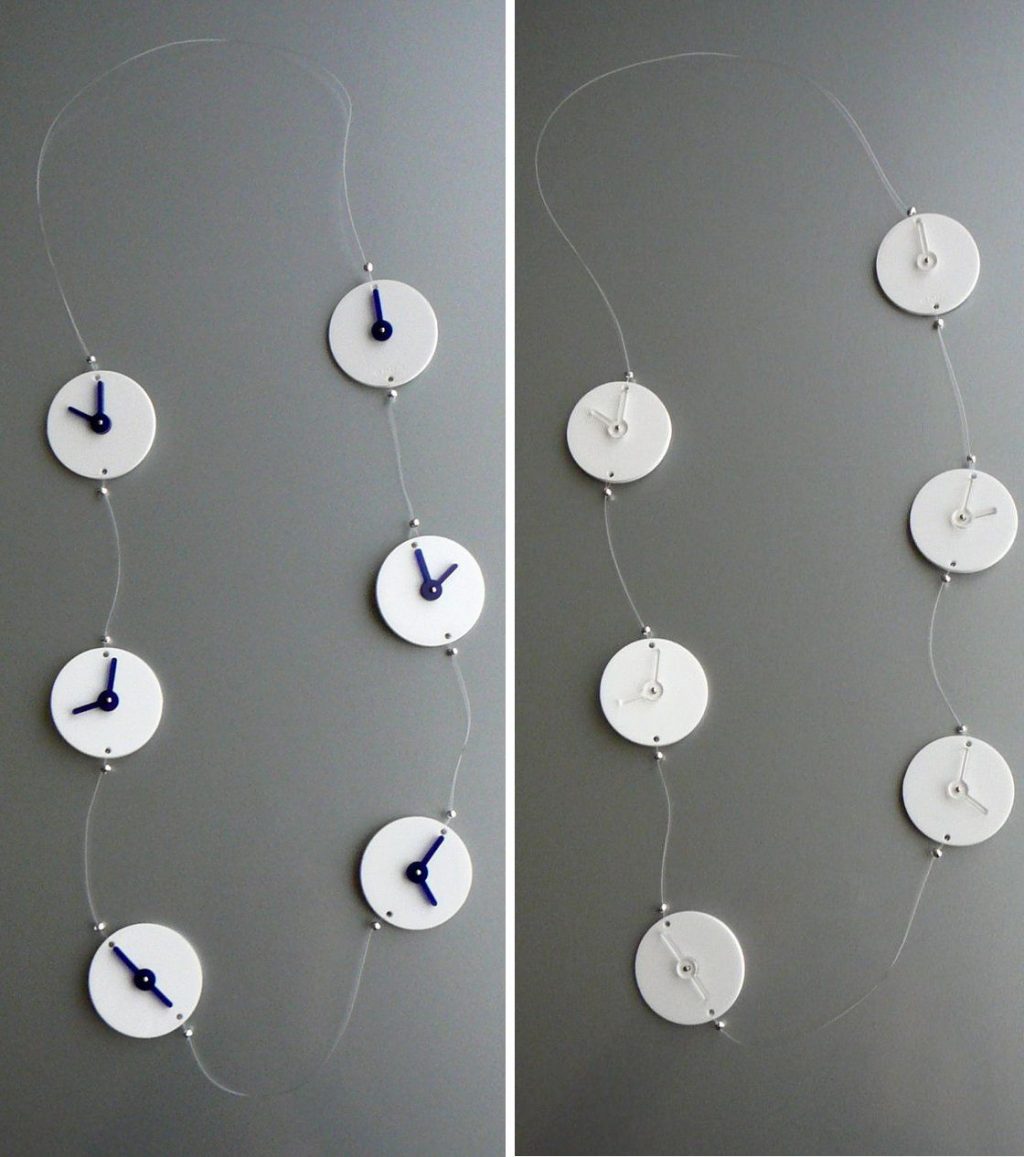