"Up" is a modular library which is part of the line "Etimo". It consists of several sections arranged, UNA over the other one, in an apparently broken. Made of enameled iron, black, white or rust, "Up", with its square lines, perfectly expresses the idea of ​​furnishing a dynamic where Ronda Design is the mouthpiece.

Same material and color for proposal "On Line" e "W On Line", which complete the range. “Su Line”, as evoked by the name, was designed to be arranged horizontally on the floor, its modules appear to be in motion: an unparalleled visual game.

"W On Line" is instead a library wall that reads almost like a work of art, such as a framework capable of conveying on if all eyes. Practical, comfortable and fun, the collection "On" Ronda Design dares with the forms and spaces, combining irregularities and order, functionality and design. 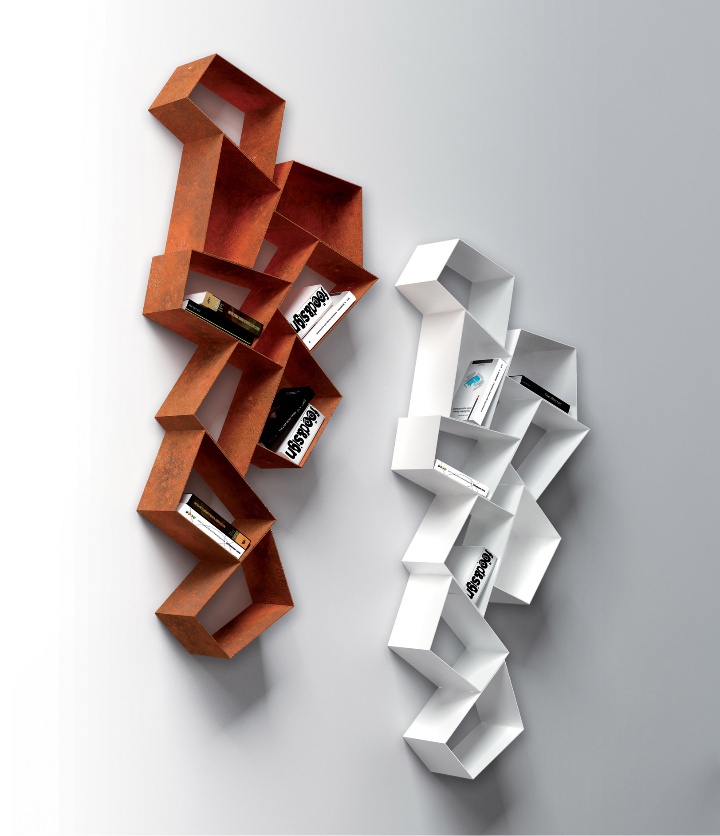 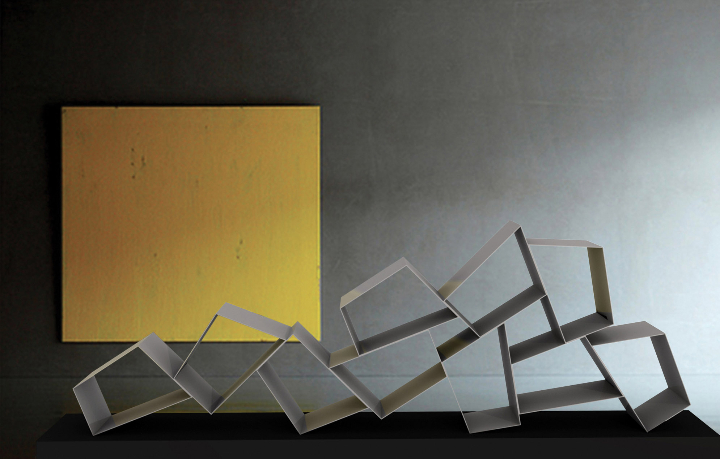 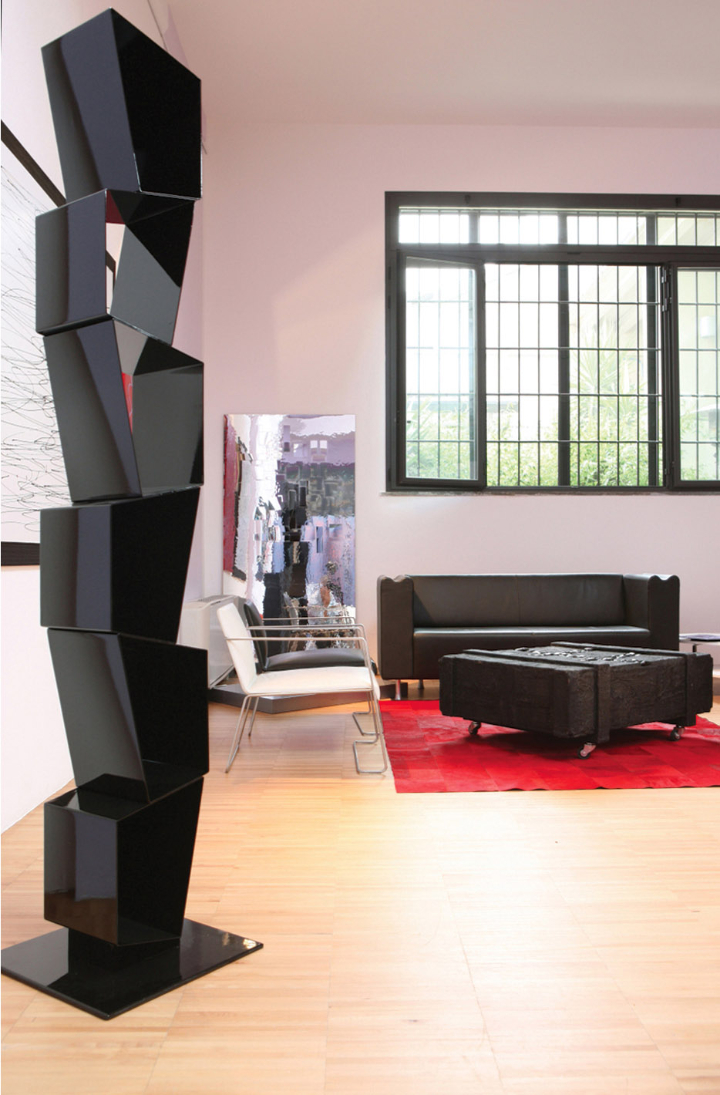