Roberto Paoli / Marlin, a session to be molded, preview Furniture Fair 2013 it has been modified: 2013-03-21 di jessica zannori

Marlin is one chair drawn by Roberto Paoli to Sown Mercadante.

The greatest poets often find the greatest inspiration in nature. Nature is something that does not depend on us, but, on the contrary, fully influences us.
The designer as a poet sometimes inspired by nature to give life to his creations. Roberto Paoli was inspired by the marine world to create Marlin, a chair that follows formally sea anemones and their sinuous and malleable.
Just as the sea anemone sets of symbiotic relationships with other living organisms, such as green algae and clownfish, Marlin similarly establishes morphological alliance with the user.

Indeed Marlin to take on a totally new dell'imprescindibile requires interaction with the man who freely manipulating the arms that make up the session, it plastically model the shape, as well as the current of the sea plasma tentacles dell'anemone.
Marlin is made with a radial structure of steel, coated with polyurethane foam coated which makes the soft comfortable chair.
The beam of rays is collected in the part of the leg then widens to form at the top seat and back, while at the bottom creates a stable base.
The aesthetic impact of Marlin is able to make unique every type of environment, animating it as a domestic seabed. 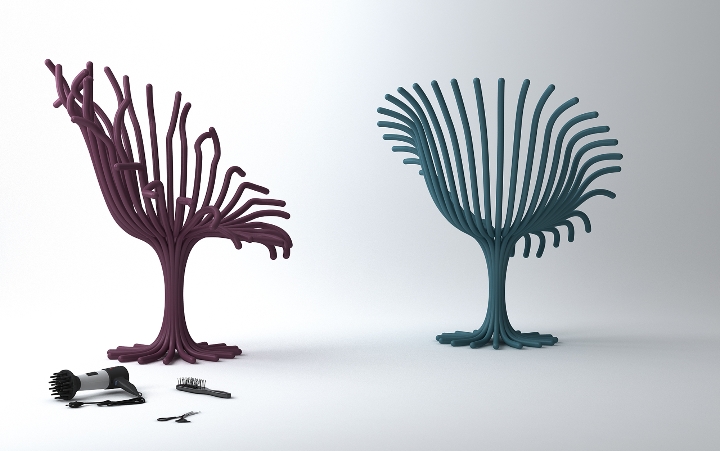 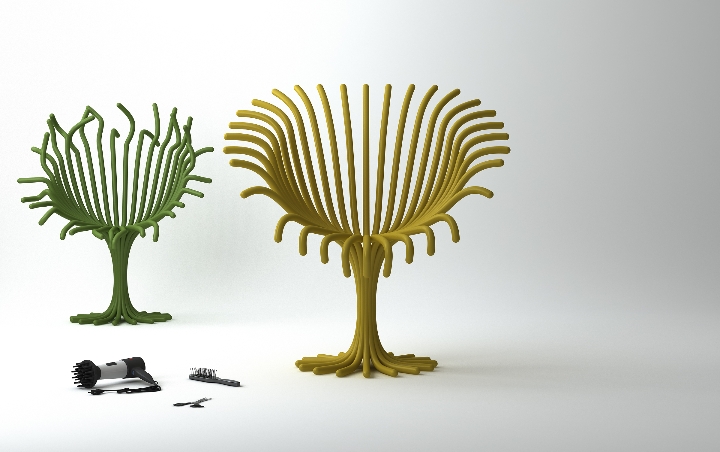 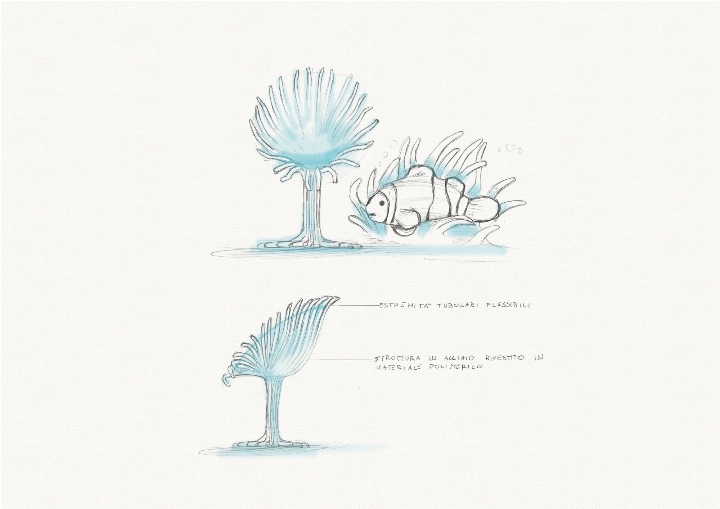