Floors for designer bathrooms, Scandola Marmi at Cersaie 2015 it has been modified: 2015-09-08 di Benedict Flowers

The next Cersaie, in Bologna from September to 28 2 October, Scandola Marmi tip on its innovative collection of floors and walls for designer bathrooms, designed by MM Studio (Manuel Barbieri).

Besides presenting PROFILE, BOOMERANG, PO CH ETTE and MARRAKECH, who play on color contrasts pointing to decided and modern lines, the emphasis is on the collection in dustry, remake of the classic parquet strips.

In dustry is a linear marble floor that thanks to three lengths, cuts and color contrast creates unexpected oblique geometry and dynamics. The rectangular strip is smoothed to 45 degrees, a simple gesture that makes the collection in dustry elegant and also suitable for contract use. 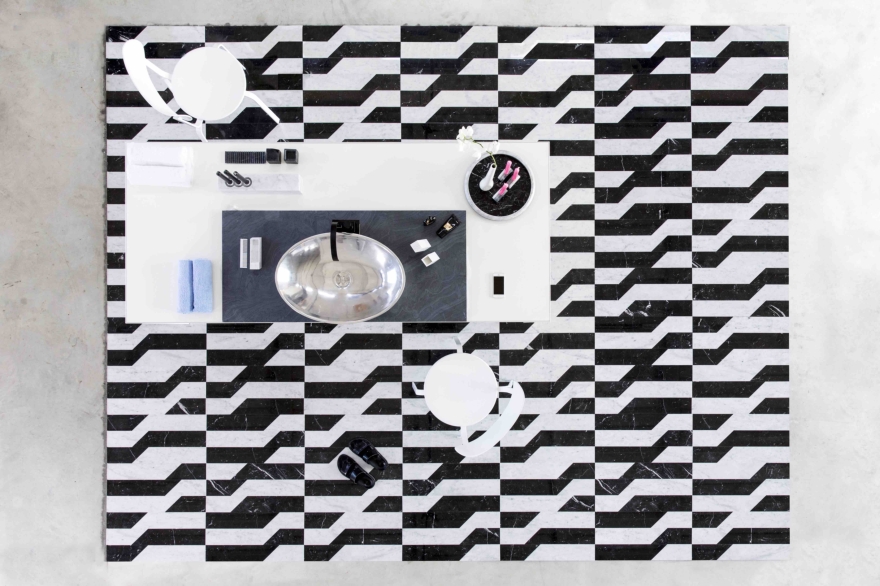 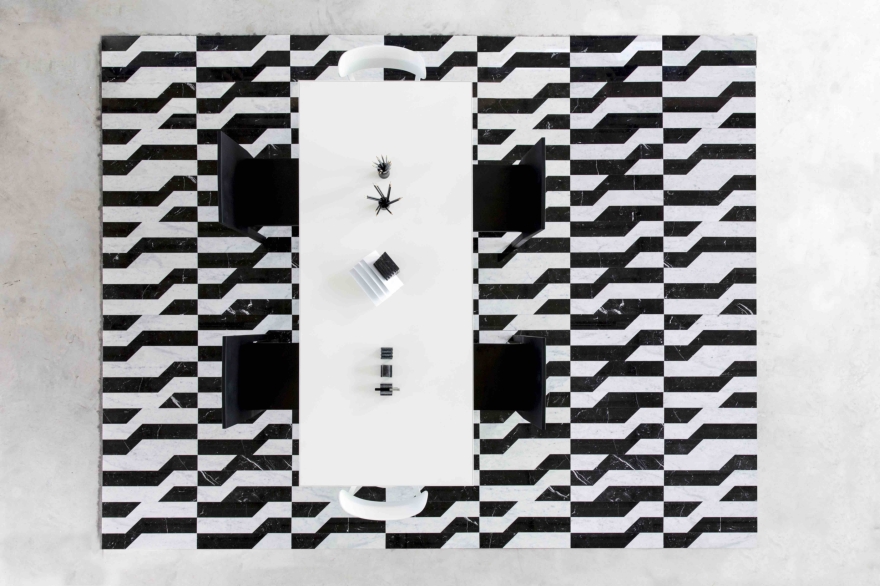 After the success of the previous collections, in 2015 the catalog expands to include about fifty products that will be presented over the course of the year, also with the introduction of a second material, always 100% natural and with a strong bond with the earth, wood.
Among the changes, two collections of vases:

OMINI, marble vases imposing in volume, but not too heavy because they are entirely hollowed out to contain the flowers, reminiscent of the stylized profile of a man. Made purposely only in white Carrara marble for its intrinsic elegance and as a tribute to the Italian spirit in the year of Expo 2015.

In continuity with the Florence collection, presented in 2013, DISCO was born, a collection that consists of oval vases / containers made thanks to the pairing of alternating rings in white Carrara and black Marquinia, which, beveled at 45 ° - a distinctive feature of the designer for Scandola Marmi - they emphasize the disc shape, almost as if they were spaceships.

All pieces are designed to be functional, lightweight, practical to send, despite the valuable material, because initially designed for the online sale of www.scandolamarmi.it. But thanks to the immediate success the collection is now at the Design Supermarket of the Rinascente in Milan and at Barneys New York, Llot LLOV in Berlin, Fleux in Paris. The result was achieved thanks to a family of enlightened entrepreneurs who have made themselves available to give a shock in key design, the company and to invest effort and money in an animated project only by young professionals "under 25" that they are employed as well as the design of the complete remake and repositioning of Scandola Marmi, from the brand image and distribution. 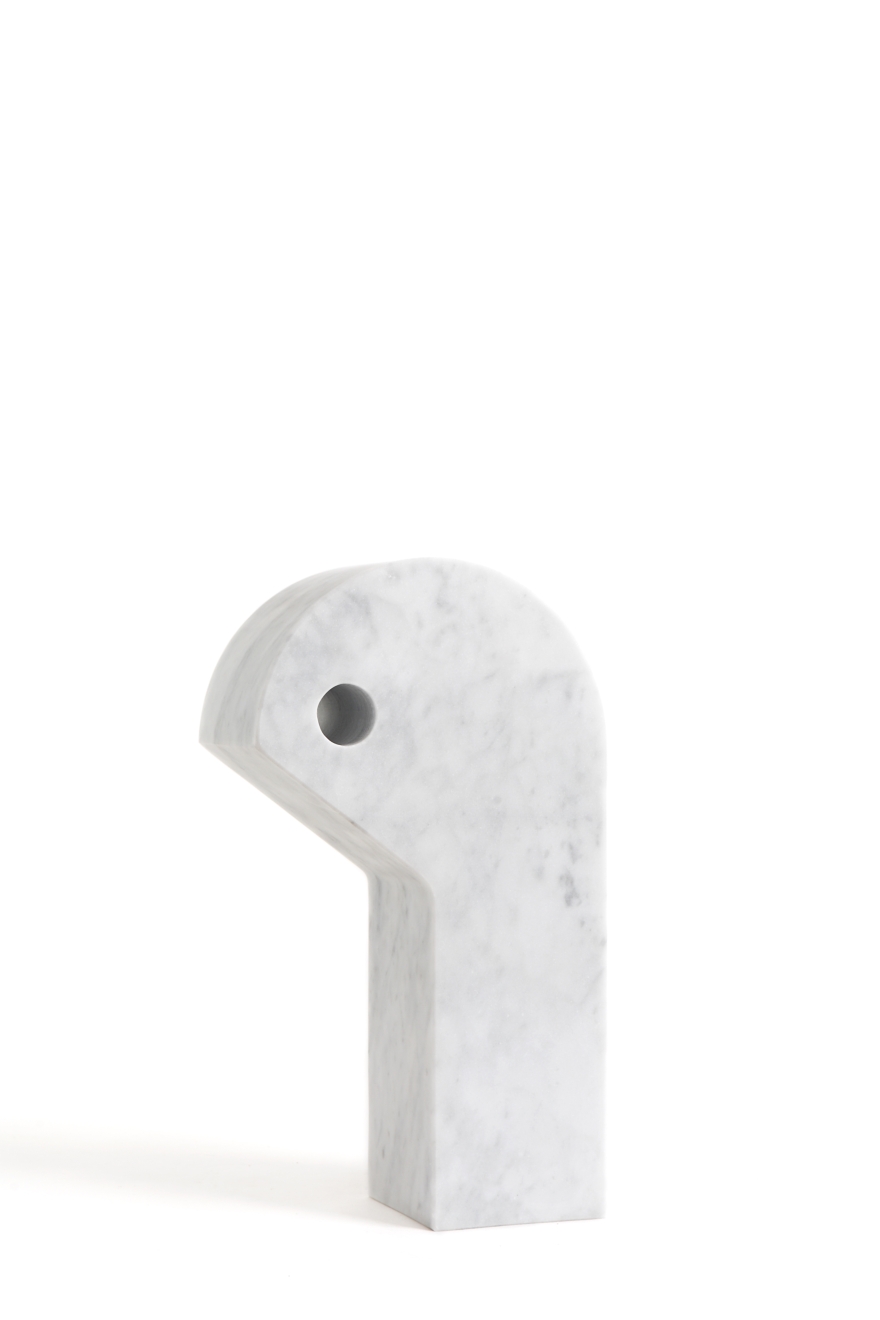 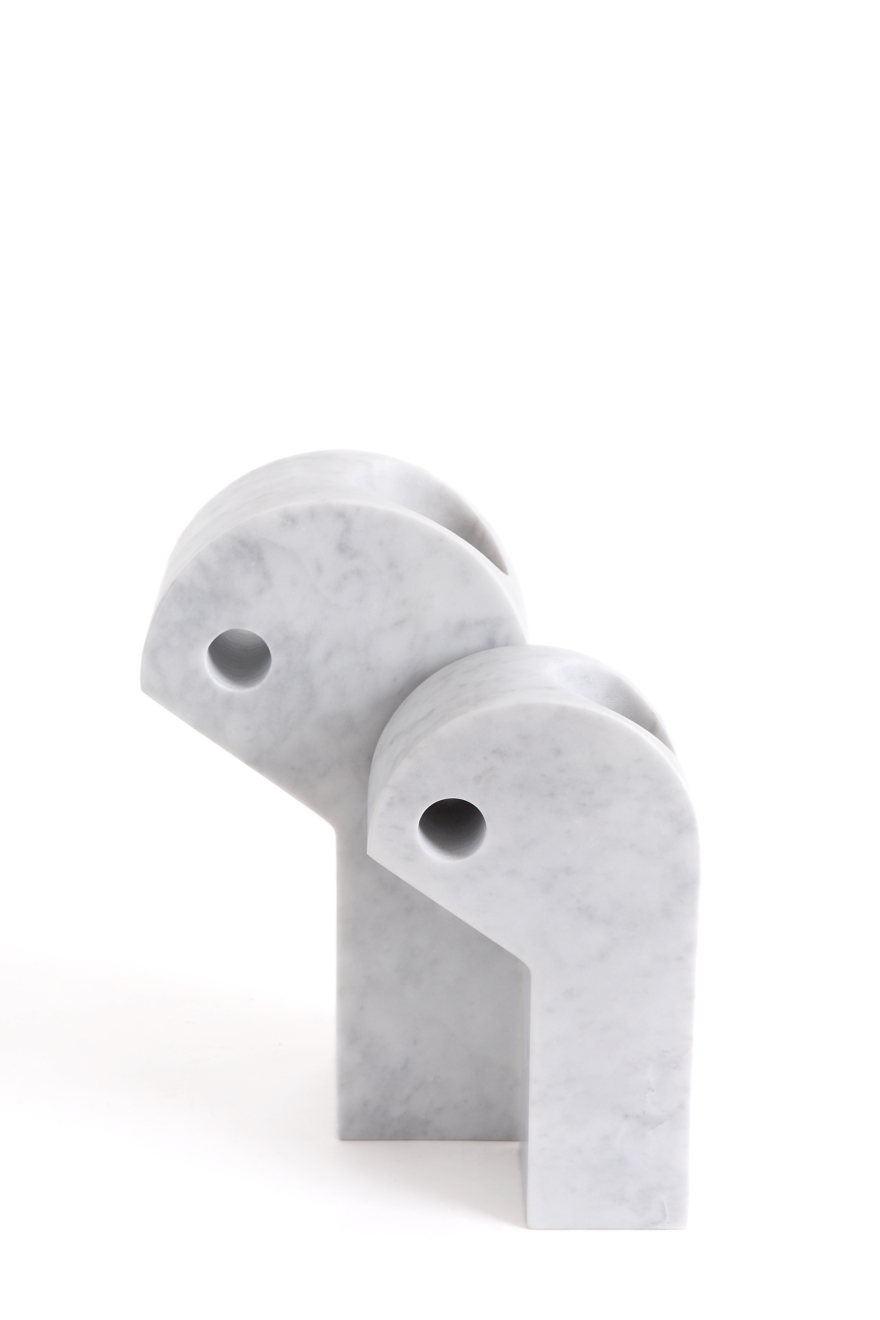