Folly bench by Magis Ron Arad it has been modified: 2013-07-17 di ARClickDesign.com

The Folly bench Magis, is a realization halfway between sculpture and design, designed by the famous Israeli designer Ron Arad in 2013. Ron Arad in his creations, whether of a functional or purely aesthetic, favors the delicate lines giving all his works a highly dynamic trend.

Ron Arad's creative process starts from experimenting with the expressive potential of materials and goes beyond mere functionality to give life to objects that are plastic and expressive and can be reworked to become products for large-scale distribution.

This is also what happened with Folly Magis, the bench / sculpture in rotational-molded polyethylene, available in a single color (brown cortain effect) and suitable for both outdoor and indoor use: a sculptural object that first of all has its own specific functionality, that is, it is a bench that seats 8-10 people.

This monobloc in rotomoulded polyethylene is reminiscent of a ribbon of soft and aerial fabric whose sinuous curves draw a continuous, incredibly fluid line. The surface of Folly Magis is decorated with raised stripes that recall the traces left by the waves on the beach.

Usable indoors or out, this bench is perfect in both private and public environments. 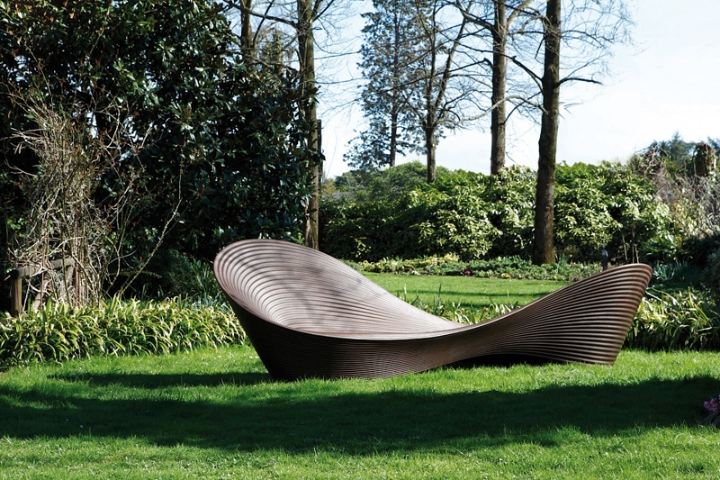