clocks and cuckoo clocks by Projects: for those looking for style and elegance at Christmas it has been modified: +2013 di socialdesign magazine

thought for those looking for style and elegance a ChristmasProjects presents some of its watches and cuckoo clocks, Which are distinguished by the high quality of the materials, the craftsmanship that require preparation and attention to detail.

Here are some suggestions for Christmas Projects:

leisure, tranquility e Relax. Citizens rhythms dilate and time seems to slow down. In the collective there are objects that are the very essence of the holiday and that for generations emerge in memory and evoke dreamy smiles. Among these life jacket reminiscent of the sea, the moments of happy, carefree and fun. Angela Cingolani, designers, it is in fact inspired by soft forms, feelings and emotions that it evokes to design TIMESAVER.

The clock has, therefore, the form his own lifebelt: A tubular colored (white, yellow, blue, red or orange) enclosing the middle watch with white dial, while numerals and hands are the same color of the structure. The latter is made of wood but, for those who want a truly object out of the municipality, that express full the desire to return to childhood ludic awakening feelings, is available inflatable version made of sturdy vinyl in transparent, yellow or red. 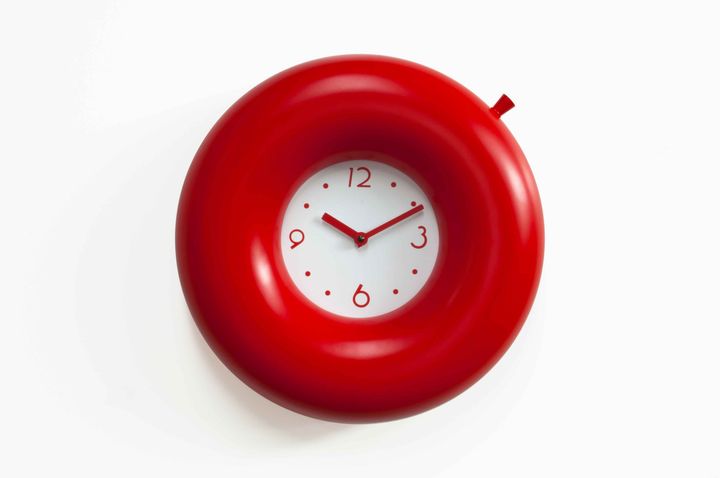 Elegant, refined e timeless. 24k, Alberto Sala design, made entirely of metal in gold and bronze finish is an essential Cuckoo, a volume-shaped house that seems to be born from an ingot. He wants to be a object of visible but without excess furnitureDelicate but at the same time character.

Unlike the others cuckoo Projects, 24k has two elegant cylindrical elements positioned at different heights linked to the structure of two thin rods, also made of metal in the same finish as the structure and hands. 24k contains a sensor that, at nighttime, excludes the sound. 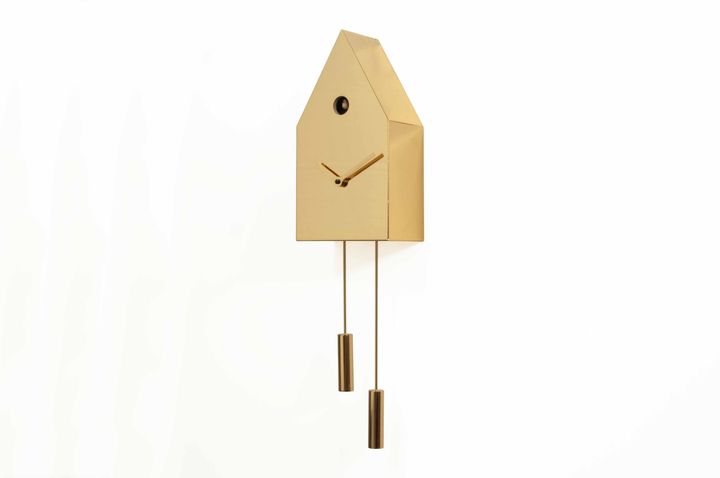 Un Cuckoo wall with the classical form, Already known and appreciated, to which we are attached: the little house. Here, however, the lines are clean and simple, the structure is reduced to the essence. Mr. Orange, designed by Alberto room, is realized by a reduced section of solid walnut pattern that defines a number of areas filled with different materials. As a framework, the structure is the setting.

E 'can choose between different textures: Polka dot or striped fabric, dark wood or hammered gold, to give your favorite character to Mr. Orange and match it to the style of your home. In addition to the wooden lattice, the common feature that distinguishes each watch is the orange color of the pendulum, the hour hand and the annulus that surrounds the cuckoo. 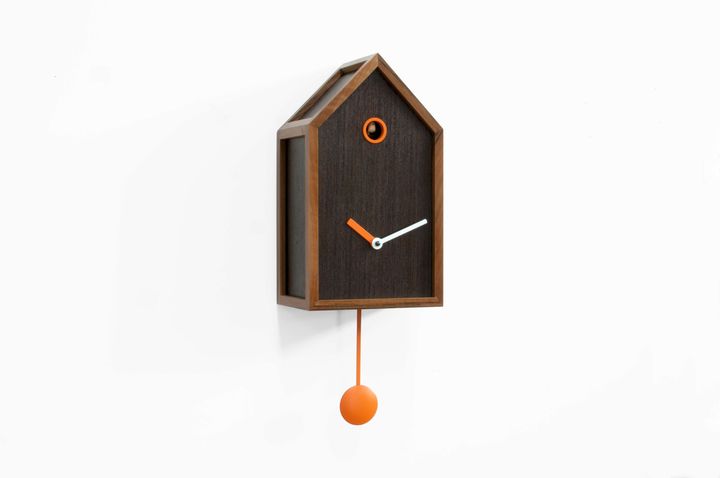 Cuckoo clock made in wood. Quartz movement battery. A light-sensitive sensor automatically stops the ringer in the absence of light. 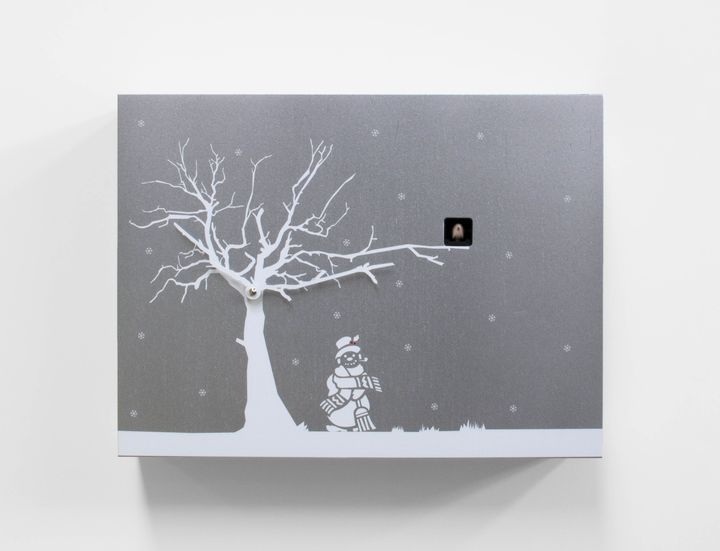 A product which incorporates the idea of ​​Cuckoo's of our imagination, A small house from simple lines, Made of birch wood, designed with door and window open to the latter brings out, on the hour, the little bird.

As with all projects Cuckoo, also Cockoo Home is made in Italy, with German mechanism in which are stored a sensor that in the absence of light for muting the sound does not diturbare the risposo. Quartz movement battery. 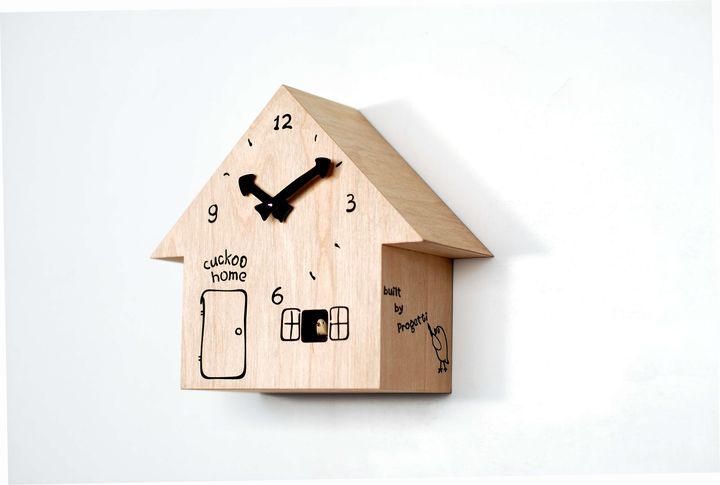