Multiverse cards by Karim Rashid for wallpaper GLAMORA it has been modified: 2013-03-11 di Benedict Flowers

Is called Multiverse the collection wallpaper and Karim Rashid designed for Glamora, A brilliant young Italian brand that designs and manufactures vinyl wall coverings new concept for the interior decoration.

9 wallpapers in 4 color variants, in which the famous designer expresses his digital spiritualism through designs with illusory and optical effects that make the image bounce from the eyes to the soul, and where the geometries play with space, conveying the idea of illusion, of depth, and of movement ad infinitum. 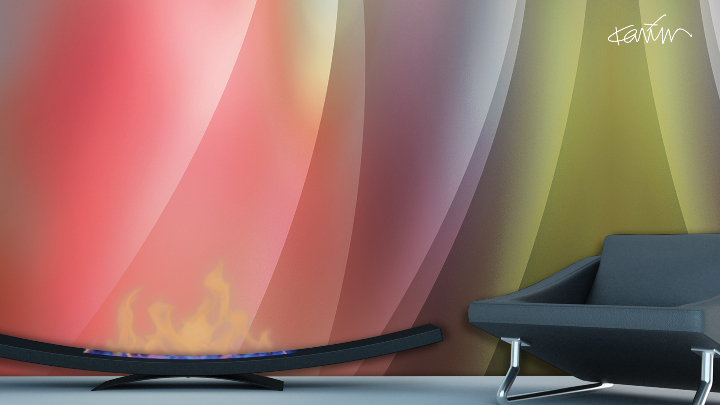 The line created by Wallcoverings Digipop Karim Rashid combines vibrant colors with sinuous lines and biomorphic shapes with tactile effects. Karim Rashid, considered by many to be the coolest contemporary designer, recently revealed to the Financial Times that in his next life he hopes to
reincarnate in an eclectic rockstar songs and sounds synths, keyboards and drums.

In this life, Karim has instead decided to escape from a flat and monotonous universe to enter a digital utopia, an idoscopic, hypnotic, energetic, colorful and multidimensional Multiuniverse that transfigures the gray space in which one is used to living. 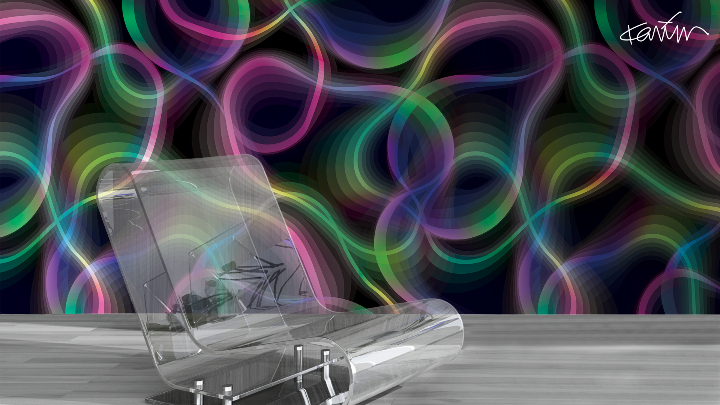 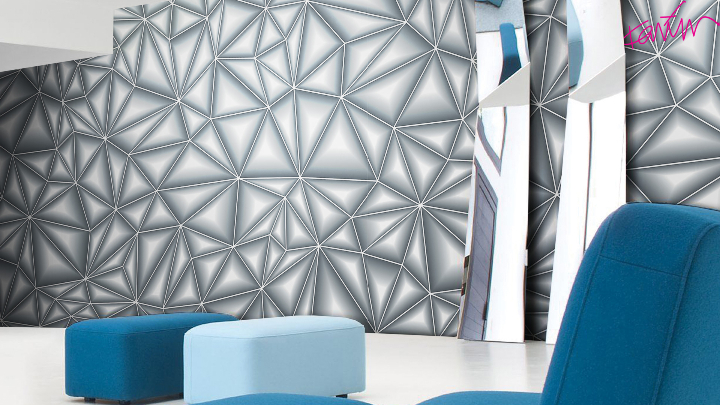 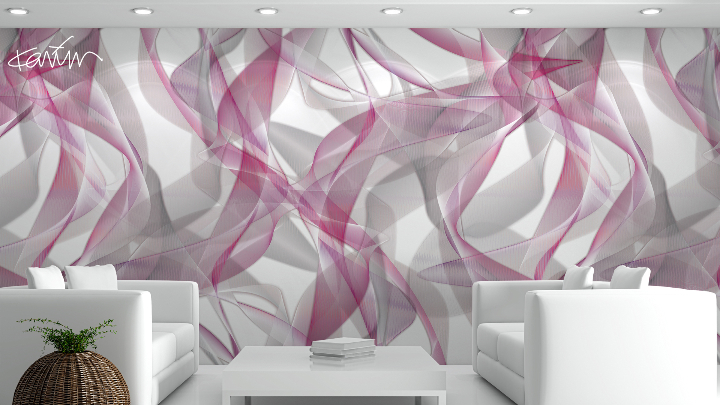 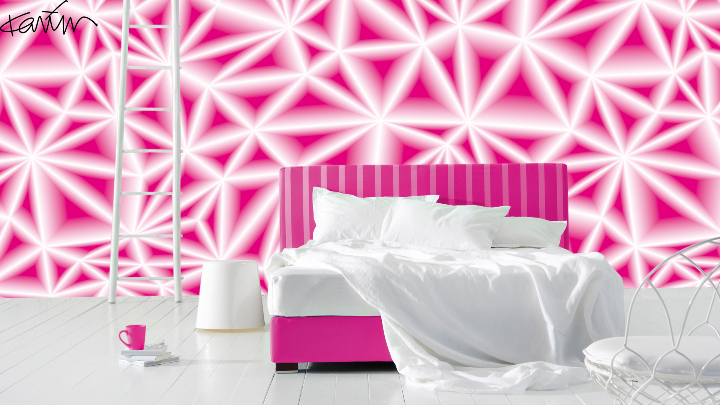