This project is Represented by a triptych of rings and the biggest source of inspiration was the metaphorical meaning That light has for me.
Each ring Represents my personal vision of the three phases of light: sunrise, midday and sunset. 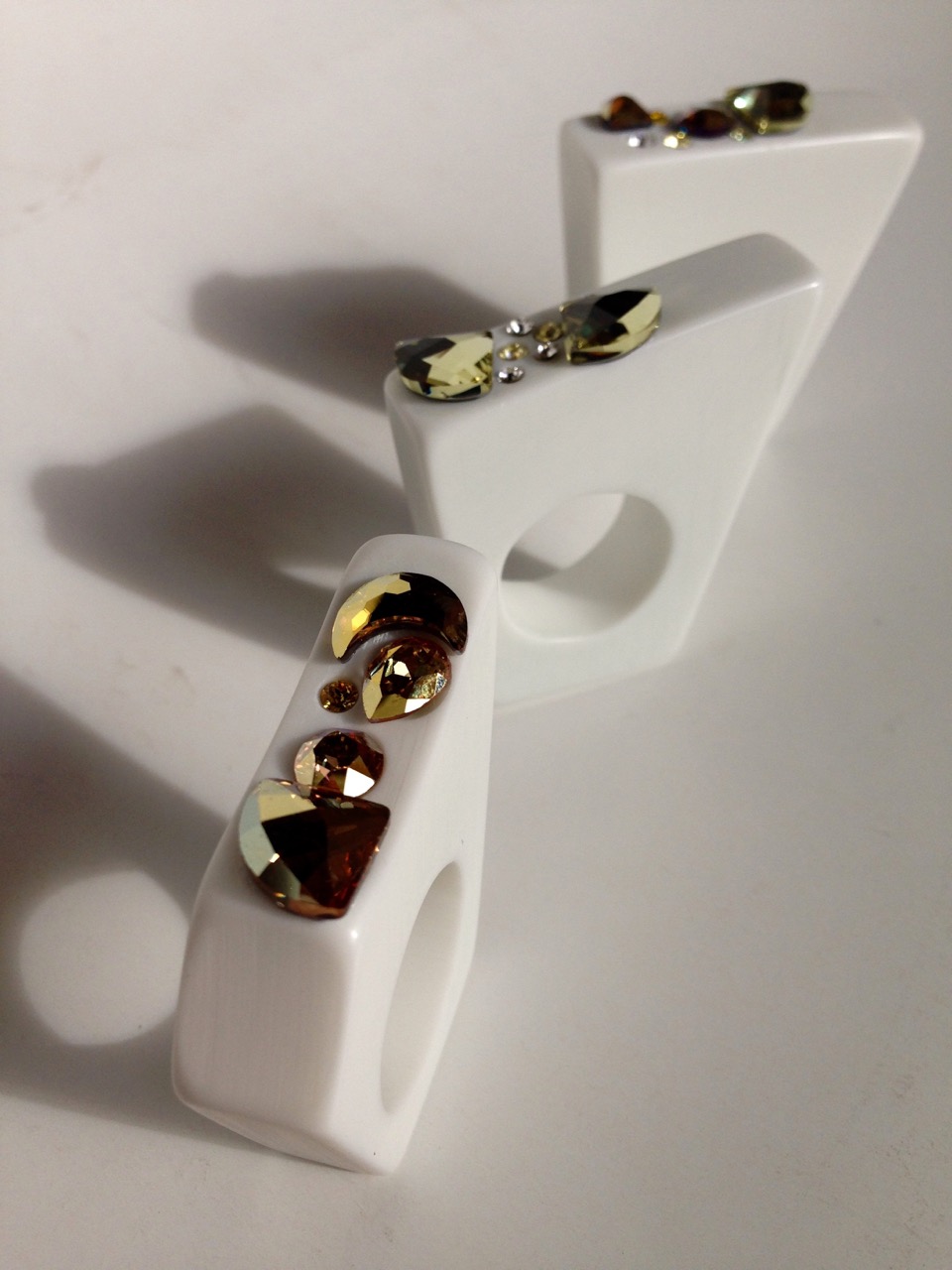 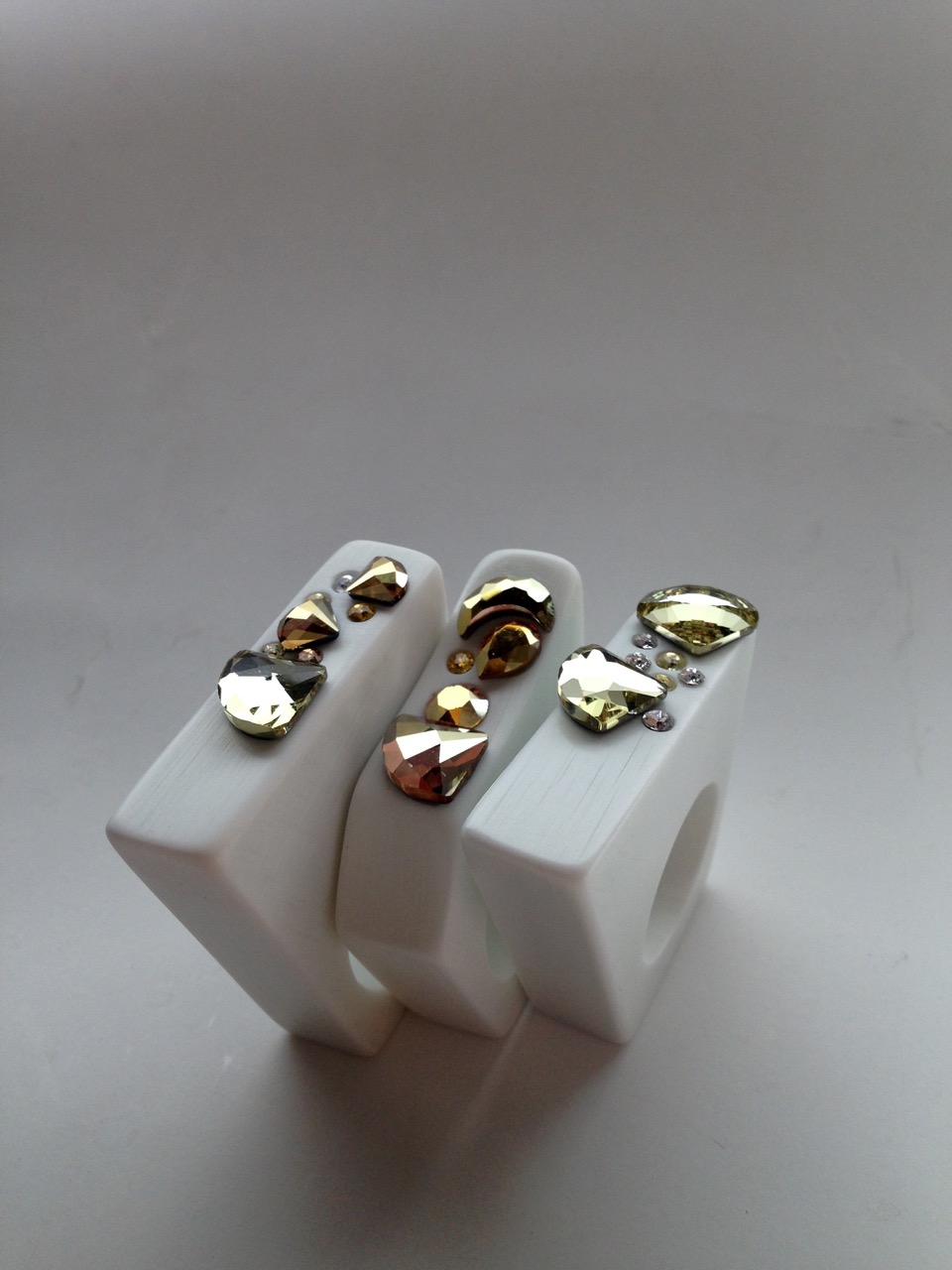 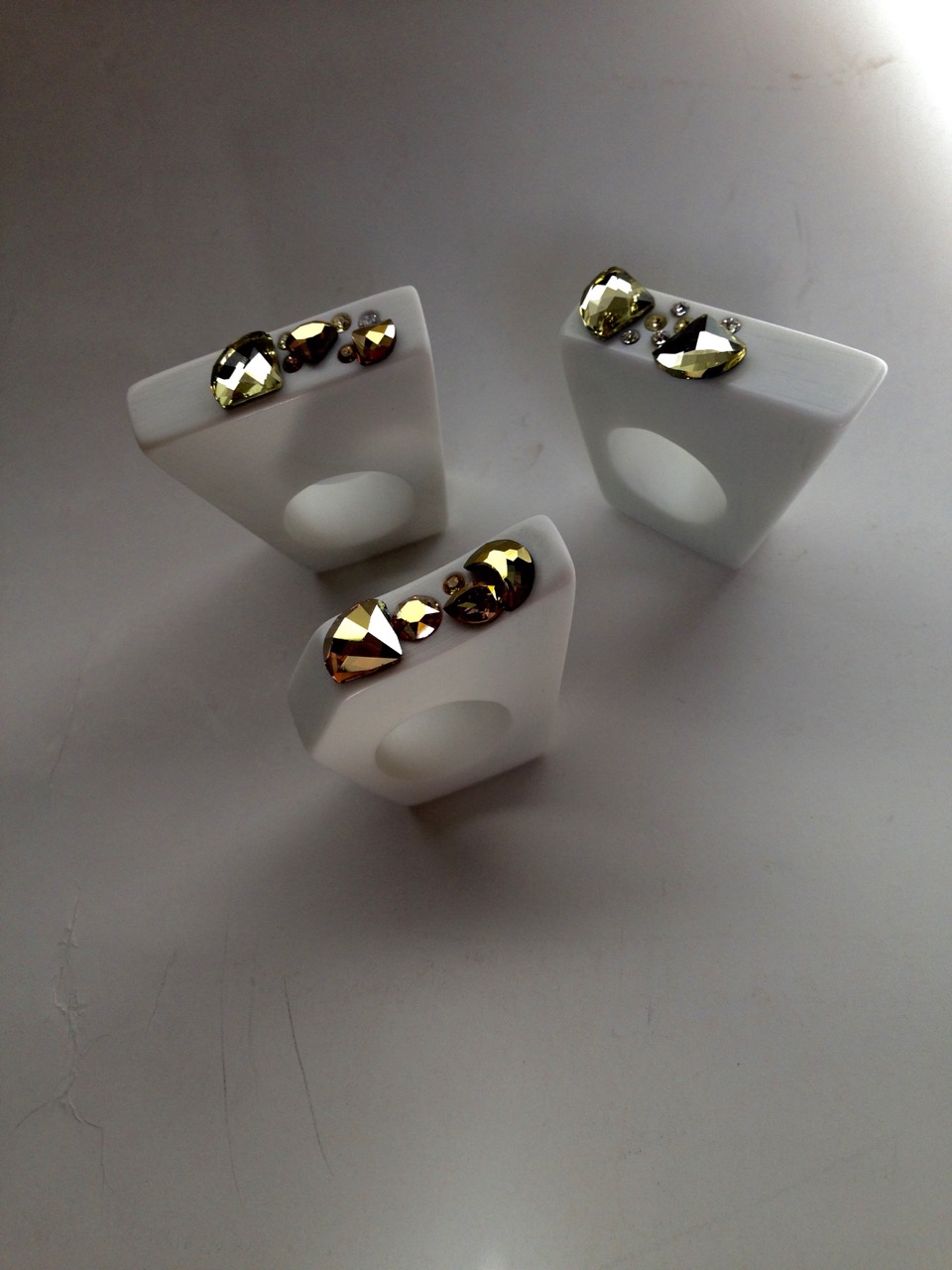 "I'm not afraid to experiment and to develop new forms. I love working with simple materials and processing them into jewelry. I see jewelry as an integral part of any woman's wardrobe. It simply adds sparkle." Anna Zullian, jewelry designers.
Born in Feltre, after graduating in Contemporary Art, Anna Zullian approached fashionable following specific courses on fashion and jewelry design at two fashion schools in Italy and Germany, more precisely in Berlin, at the fashion school Esmod.
Since 2013 began to approach the world of contemporary jewelery, working and experimenting with materials often conflict with each other but to great effect. It 'was the genesis of its brand that takes the name of AnnaZullian.
Each piece, the artist has produced personally, is processed and painted by hand. All this contributes to the charm and above all exclusivity to the jewel itself.
The designers are basically two types of materials: a polymer clay material called polymer clay and a nearly opposed to this, the Corian. The choice of polymer clay, is very precise as it is tied to the extraordinary ability of this material to allow her to create forms such enormous expressive value. The other material, Corian, allows the designer to get closer to a minimalist and essential dimension. The palette also is reduced to white and black to accentuate just the essential character and highly expressive of his creations.
The 2014 marks a turning point for the Zullian designers. In fact, her jewels are beginning to be appreciated and valued especially within the International Jewelry Design.
"Nonna09.10" is the name of creation, a necklace, on display in Berlin at the DesignTransfer. As stated by the designers, this work is very significant because it represents "a reinterpretation of the petal through the eyes of Irma grandmother." Now the work is on permanent display at Abadir, the Academy of Design in Catania.
2014 from the artist's collections are published in the Blog of the Fashion Icon Diane Pernet.
Another important recognition, increasingly at the international level, is given by the victory last July 2015 Contest of Swarovski #Sparklingfuture. The great Austrian company, to celebrate his 120 anniversary, has created an international contest. A win this coveted award was precisely the creation of jewelry designer Anna Zullian; presenting a ring named Memento, created with a very experimental and contemporary material such as, Corian. Material that the artist declines as its excellence and that soon it will be the protagonist of the next long-awaited line.

View all articles by annazullian