Health light, by designer Liu Yun, is a solar-powered system that purifies water. Just set up the bacteria purifier in the contaminated water and let it do its job.

Soon it detoxifies a substantial amount of water through a filtration process and makes it suitable to be consumed. 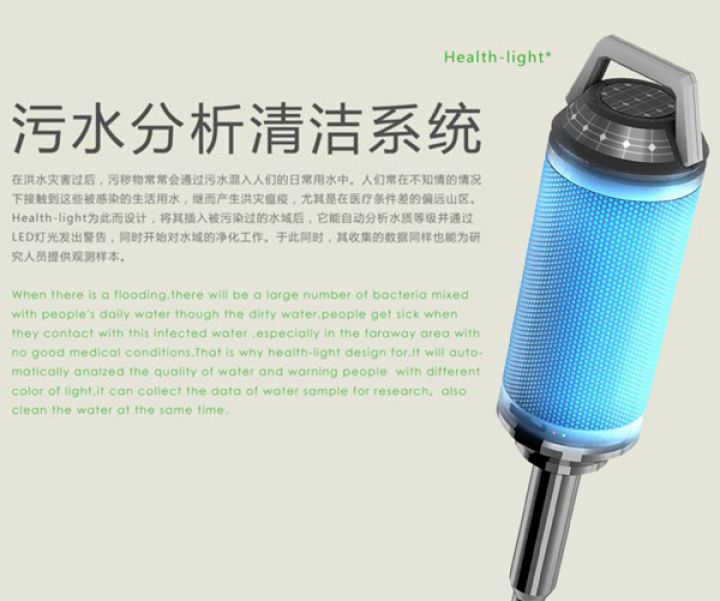 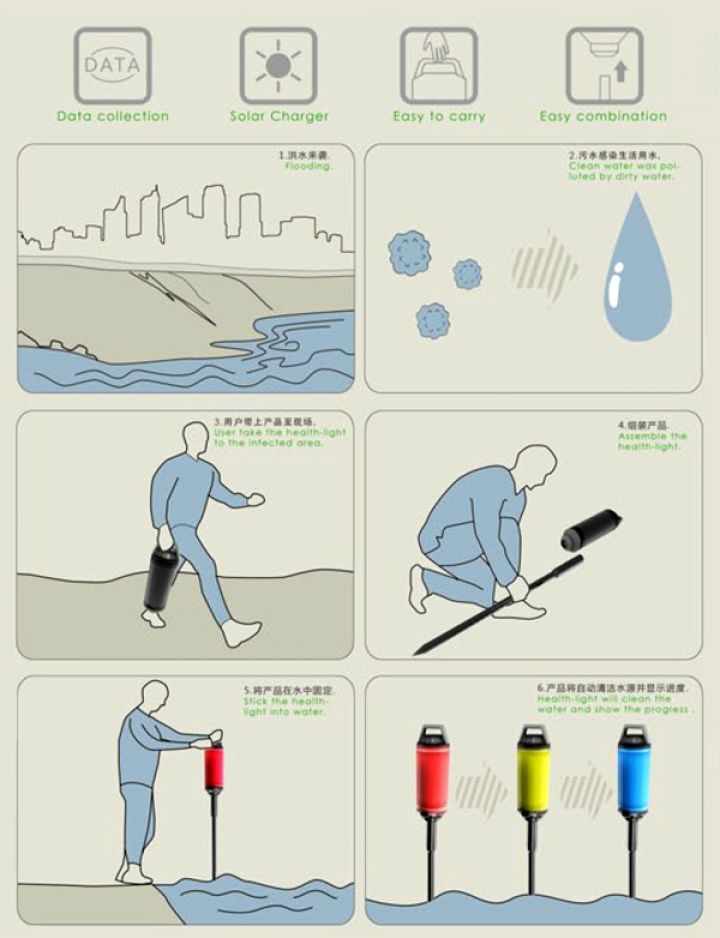