Light4 debuts euroluce 2013 and presents its new products with the brand "Façon de Venise" e "Drop", Winning project Light4 Design Contest 2011-12. The first participation in Euroluce represents a very important milestone for the company but above all a starting point that is contained in the idea behind the stand: a OPEN OFFICE to discuss, compare and learn; a PAD STAND G 11 46 there will be four seats open to all to stop and give way to light. The dialogue continues in the center of Milan at the Light4 store (Via Carducci Joshua 34), Where it will be hosted final party Saturday April at 13 19.30. LIGHT IS LIFE is the official payoff of the brand and are the words that best identify the spirit with which ideas of light are born to furnish, observe and play. ML, Vintage, Façon de Venise & Itama are the different brands with which LIGHT4 is presented to the market.

Different ways of interpreting the light but one style in doing business: the new brand Treviso lighting offers a made in Italy with great vocation to contract, its products known to be innovative, stylish and functional. Brian Rasmussen, Artistic director of Light4, confirms its minimalist style and signature lamp BRICK for Façon de Venise: an essential form of its strong color and texture. 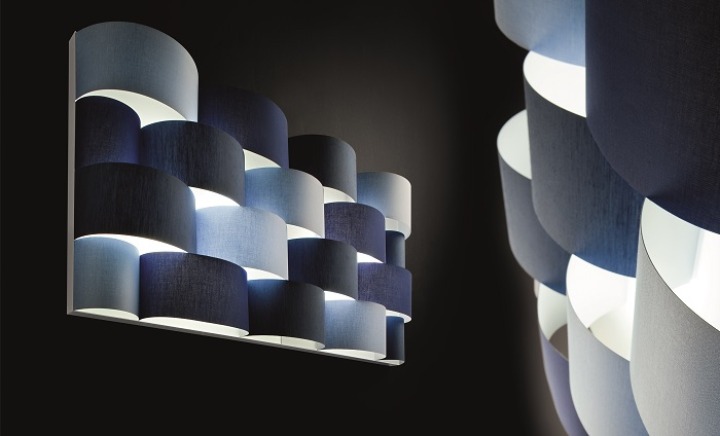 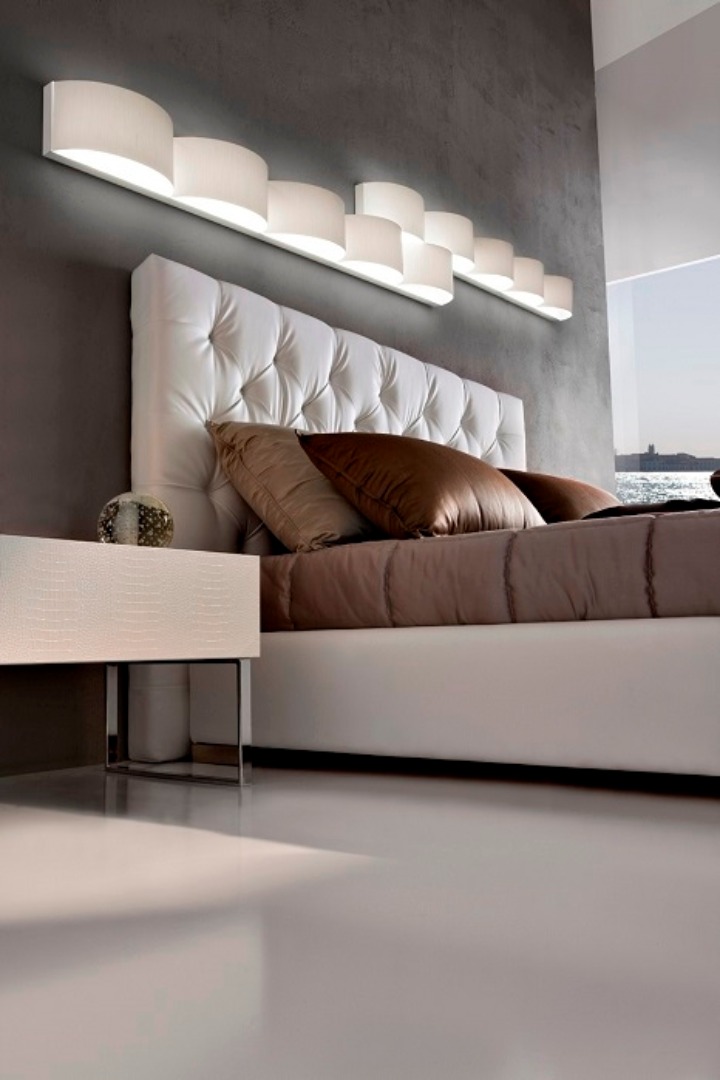 Wide variety of color choice for a modular lamp with metal painted black and white acrylic diffuser. The visual effect, similar to the sequence of waves, communicates project continuity with past studies of the designer on the modularity and flexibility of the objects. 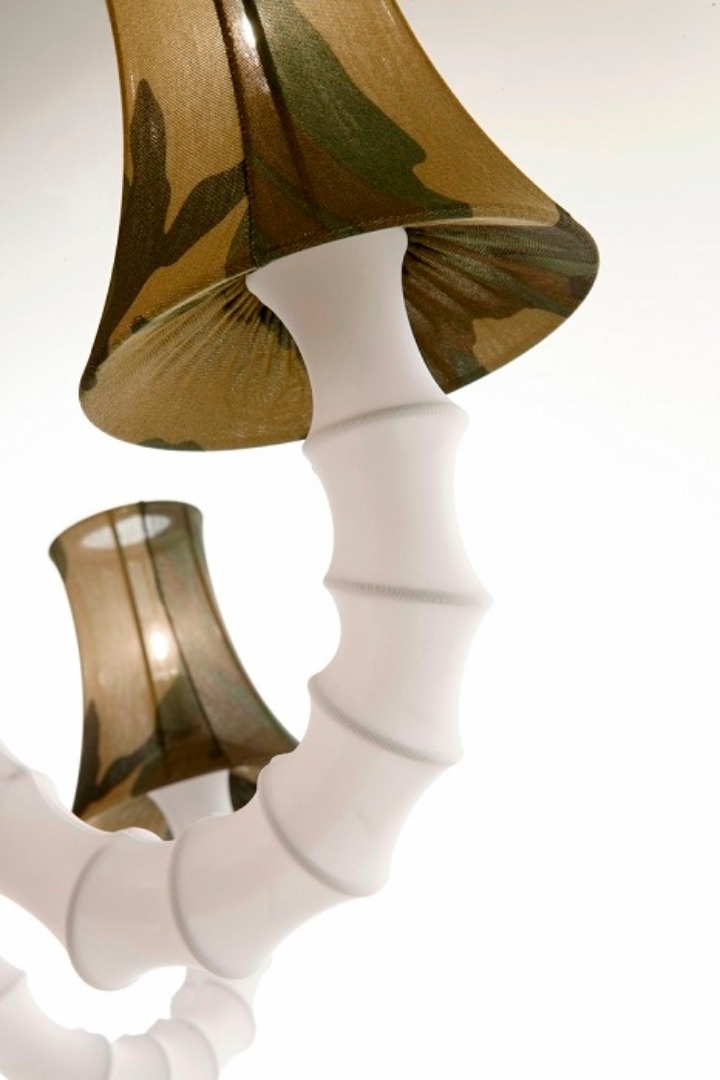 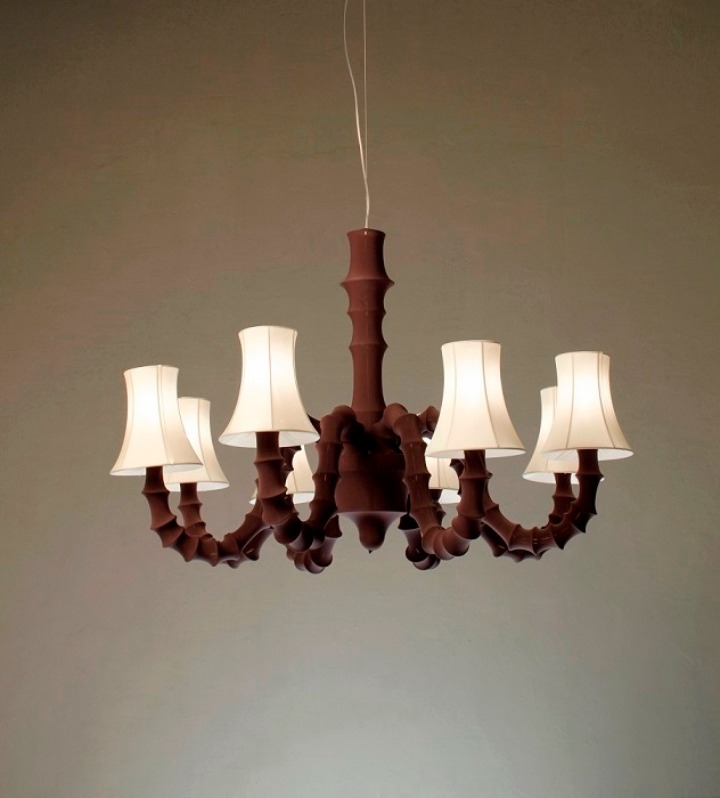 Among the many new features of 2013 also includes collaborations with new designers such as architects Romani Saccani signing the modern and unconventional SEAHORSE. The name openly defines the shape that inspired this line of lighting, the same concept articulated in different ways, by a massive chandelier to applique. Its structure is in chromed metal, while the coating is made of elastic. Again the color is the focal point and the variants are available in black, brown, silver, gold, green, gray, camouflage and ivory. The innovation is in the materials for 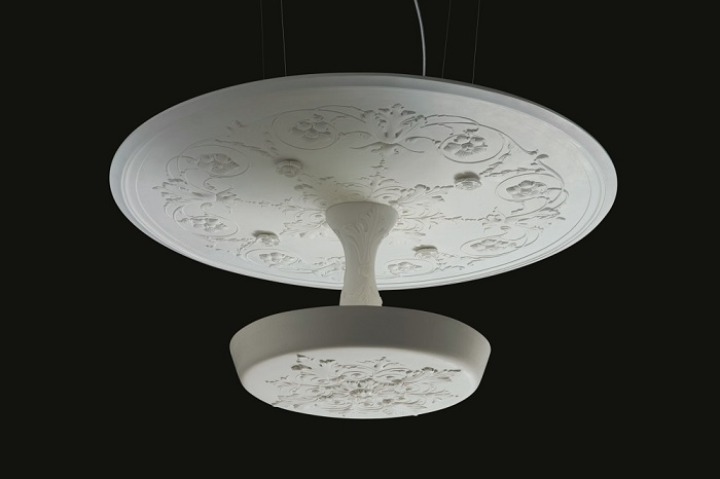 DRILLLamp plaster decorated architects Changes, and Unleash Turini. A product that materializes the essence of the Façon de Venise brand to develop, with personality and elegance, the identity of the classic Venetian chandelier, as a meeting point between expressive freedom and design.

Over 250 projects that participated Light4 Design Contest 2011-2012, launched Façon de Venise and entitled "Light and illusion". The jury chaired by the French architect Alain Moatti carefully analyzed the personal investigations of the participants on the formal and content potential of furnishing lighting.

The idea was born from the union of four young designers: Valentina Calcidese, Fei Yuan Gong, Giulia Struts and Lu Yao are students at the Faculty of Architecture in Genoa in the graduate program in product design and event and collaborate with us today. It is their "Drop" the winning design of the Light4 Design Contest, an evocative suspension inspired by the effect generated by the impact with a liquid surface: a lamp made up of several hand-blown glass discs. 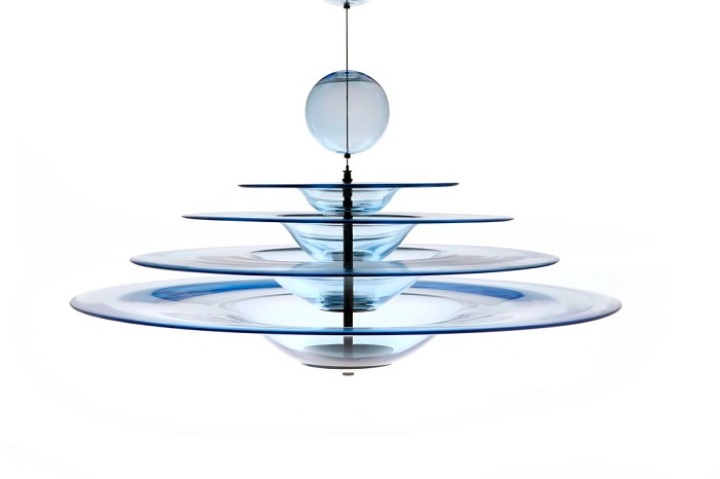 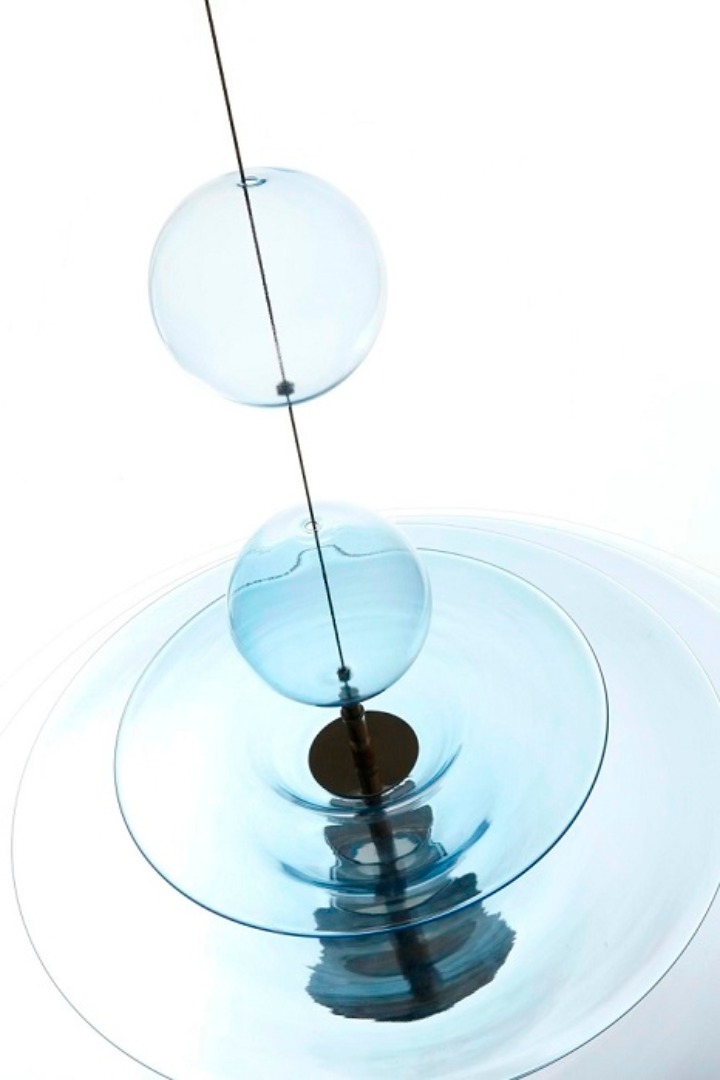