Lake opens its first store in Turin Piedmont it has been modified: 2015-07-03 di Benedict Flowers

After the Apartments of Turin and Venaria, opened a few hours in Turin, in via Santa Teresa 15A, the first LAGOSTORE of Piedmont.

A contrarian signal, then - at a difficult time for the local economy - the one launched by the company, which confirms its intention to invest in Piedmont.

Part of the event a striking theatrical performance inspired by "The Invisible Cities" by Italo Calvino, reflecting not only the strong bond that has always marked the relationship between LAKE and the art world (the waiting room of the office of the company is still organized as a permanent art gallery called Art Waiting Room), but also a tribute to Torino, underground city by definition, it reflected also in 'staging of the same showroom. 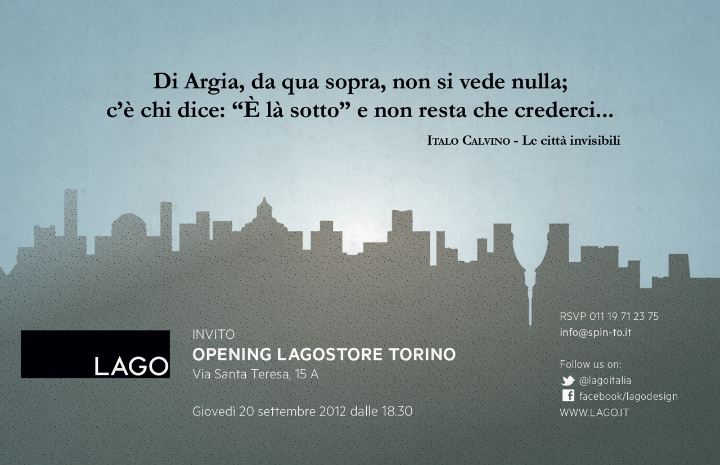 The LAGOSTORE consists of a ground floor of approximately 60mq more 16 a mezzanine and a basement of about 100 square meters which houses a full apartment. Among the products on display stand out the innovations presented at the latest edition of Salone del Mobile in MilanOn the ground floor there is a kitchen island, a library New Air and Air table in the new finish wood Wildwood. Also noteworthy are the new compositions Weightless, hanging structures that reorganize spaces exploiting the whole new way the volume of the room, a large composition LagoLineaAnd Et Voilà, one of the products most admired last Salone del Mobile, a container system with sliding fabric panels. 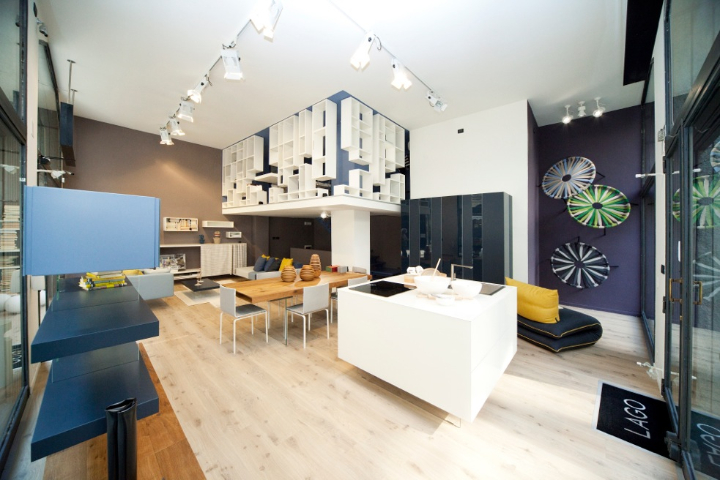 On the mezzanine a 30mm Weightless closes the space suggestively and inside is housed a studio. In the basement dominate dark colors to evoke precisely the idea of ​​the underground city, and - then - invisible: the new iron colors, almond, string, mud and clay, dominate the environment, almost theatrically lit by bull's eyes and in which the only splashes of color are assigned to objects. 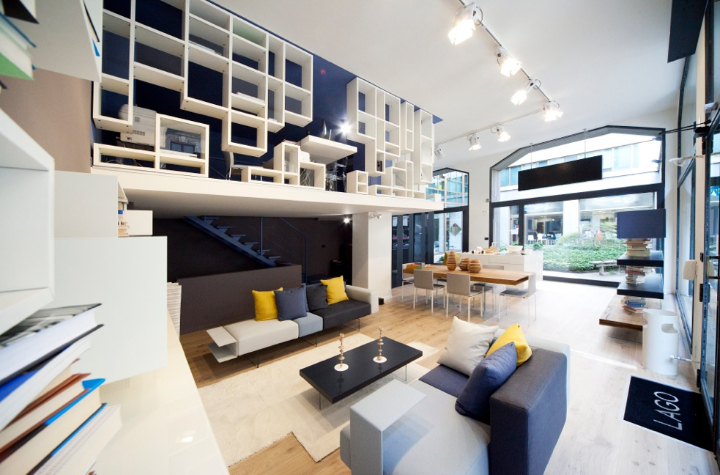 The "spark" between LAKE and Piedmont has struck nearly two years ago, when the company decided to open its own in Turin, Via Massena, one of his "Apartments", the cultural-housing project conceived by LAKE which provides for ' opening to the public of a real apartment, furnished entirely with the company's products, in which the owner, said tenant who lives or works in the apartment, is committed to periodically to various cultural events. 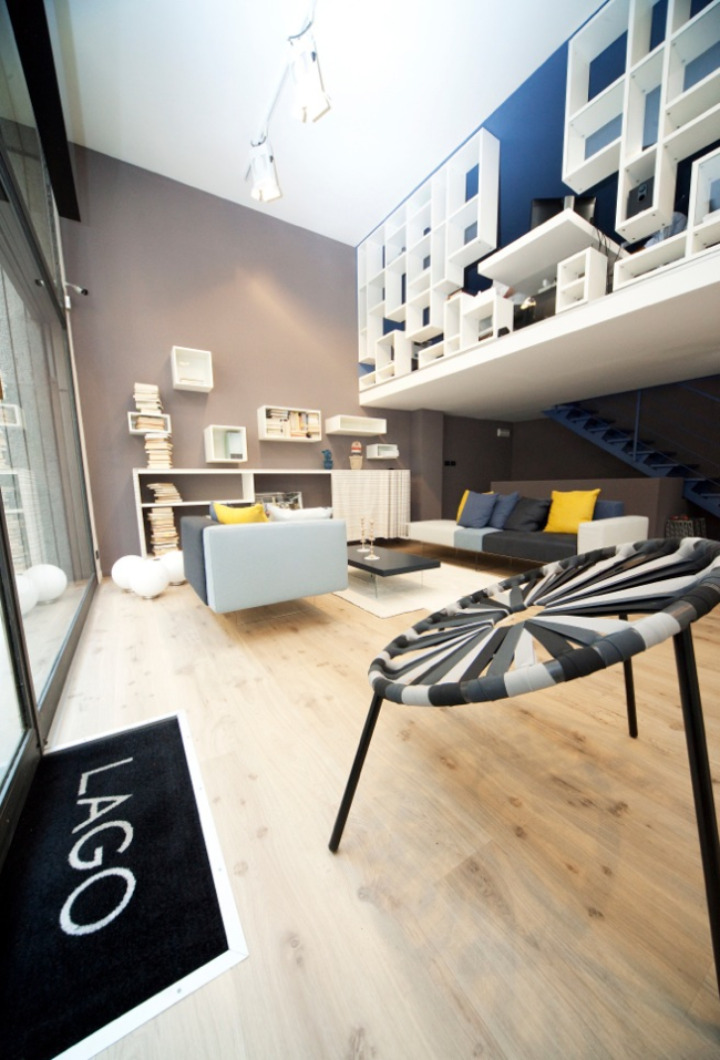 The apartment's opening in Turin, managed by designer Marco Crepaldi, proved successful enough to convince LAKE to inaugurate a second last year in Venaria, a few steps from the Royal Palace, managed by architect Emanuele Franco. After these two happy experiences, LAKE has therefore decided to consolidate its commercial presence of Turin and the Piedmont with the opening of a flagship. 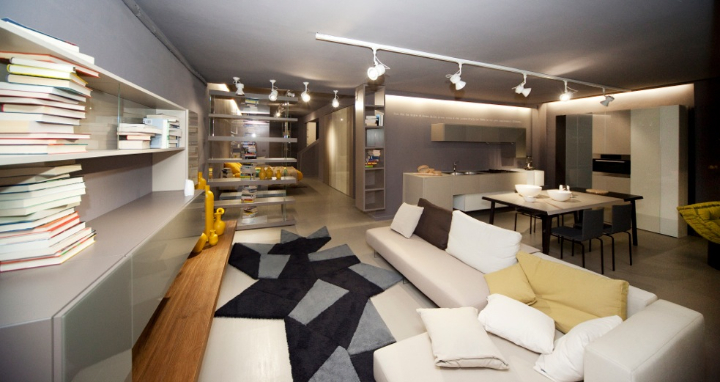 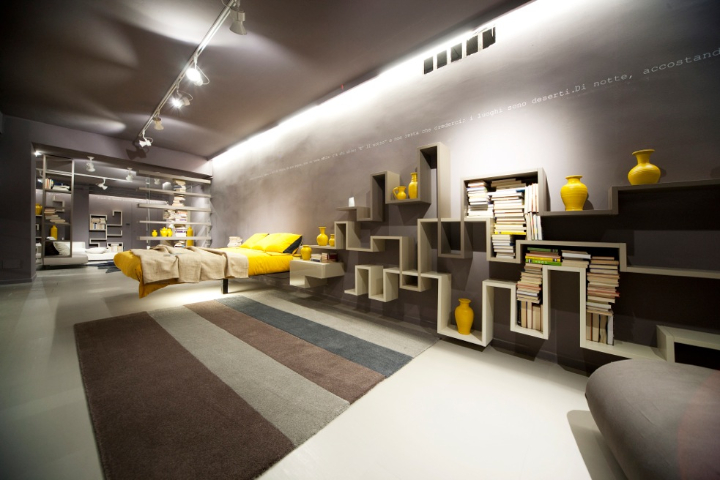 "Torino has impressed us for the enthusiasm with which he welcomed immediately to our initiatives - said Daniele Lago, Head of Design and Chief Executive Officer. There has confirmed to be a living and vital city with a strong cultural attitude. For us this is crucial, because it translates into the ability to grasp the thinking behind the design of objects that are created to improve the quality of people's lives ".