textile inspirations for swimming from THE.ARTCERAM Cersaie 2015 it has been modified: 2015-08-13 di Benedict Flowers

The.Artceram the next Cersaie 2015, scheduled from September to 28 2 October in Bologna, will propose introducing some new textile inspirations for the bathroom.

New suspended washbasin, made in Livintec. As the name clearly anticipates, the design of the TT washbasin takes up the characteristic shape of the double T beam. Normally used in architecture, for the construction of buildings, it is a profile consisting of two wings with parallel external faces, connected with a perpendicular core. by means of circular fittings. 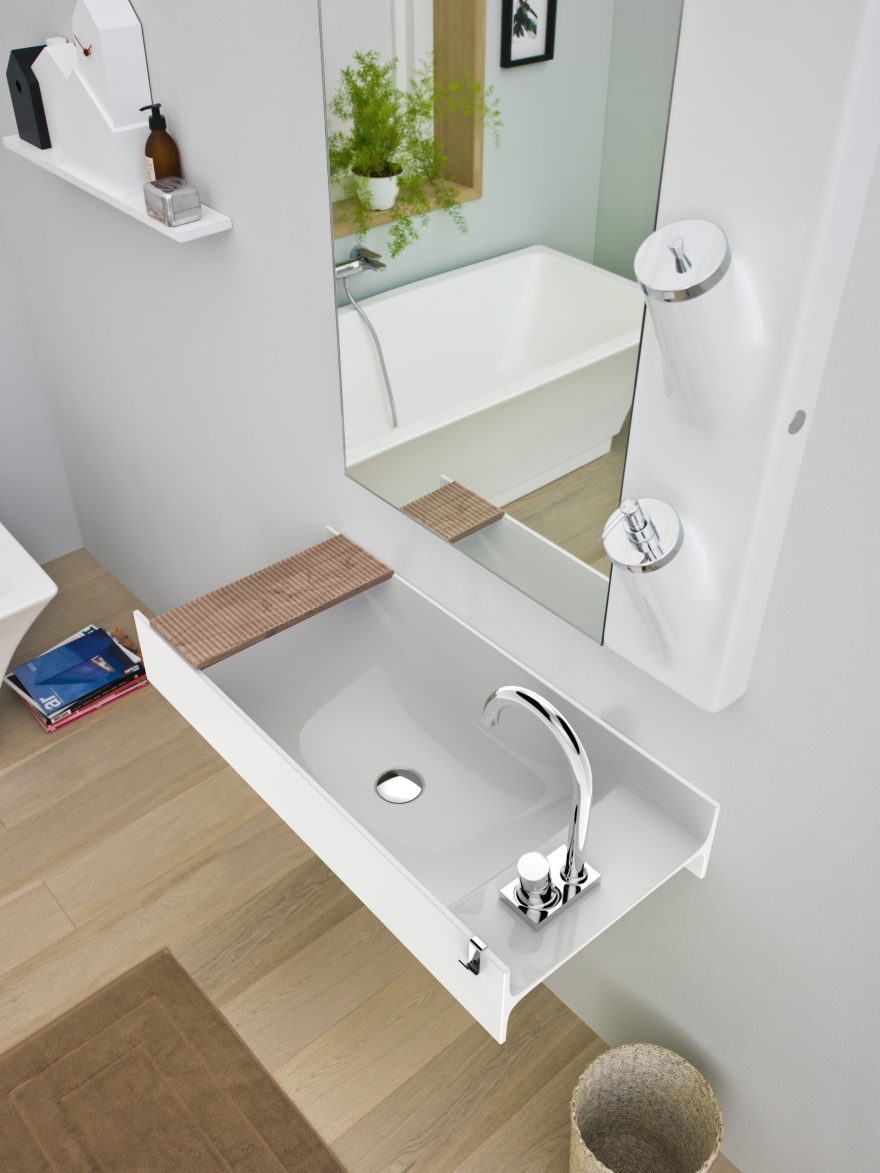 Through optimized sections the washbasin expresses the idea that all the material exerts its resistance under stress. One face of the T is hooked to the wall, while the other forms the front edge of the washbasin. It is possible to place the faucet both on the wall and on the side surface. The washbasin is completed with the addition of a whole series of accessories that exploit the shape of the double T, thus making it a "system" with elements that are positioned above, below and frontally: towel holder bar, wooden tablet as a support point that it can be moved on the edges of the washbasin, front hanging hook.

Surf is the first ceramic radiator, designed to The.Artceram by Meneghello Paolelli Associati, in collaboration with the company Ridea who shared the know-how to the internal resistance of the heating body.
Surf the front surface moves smoothly and soft, and can be positioned vertically or horizontally, becoming a small ceramic support ledge. The radiator is accompanied by a system of accessories that complement the functionality: a hook and a metal bar for hanging towels and bathrobe. 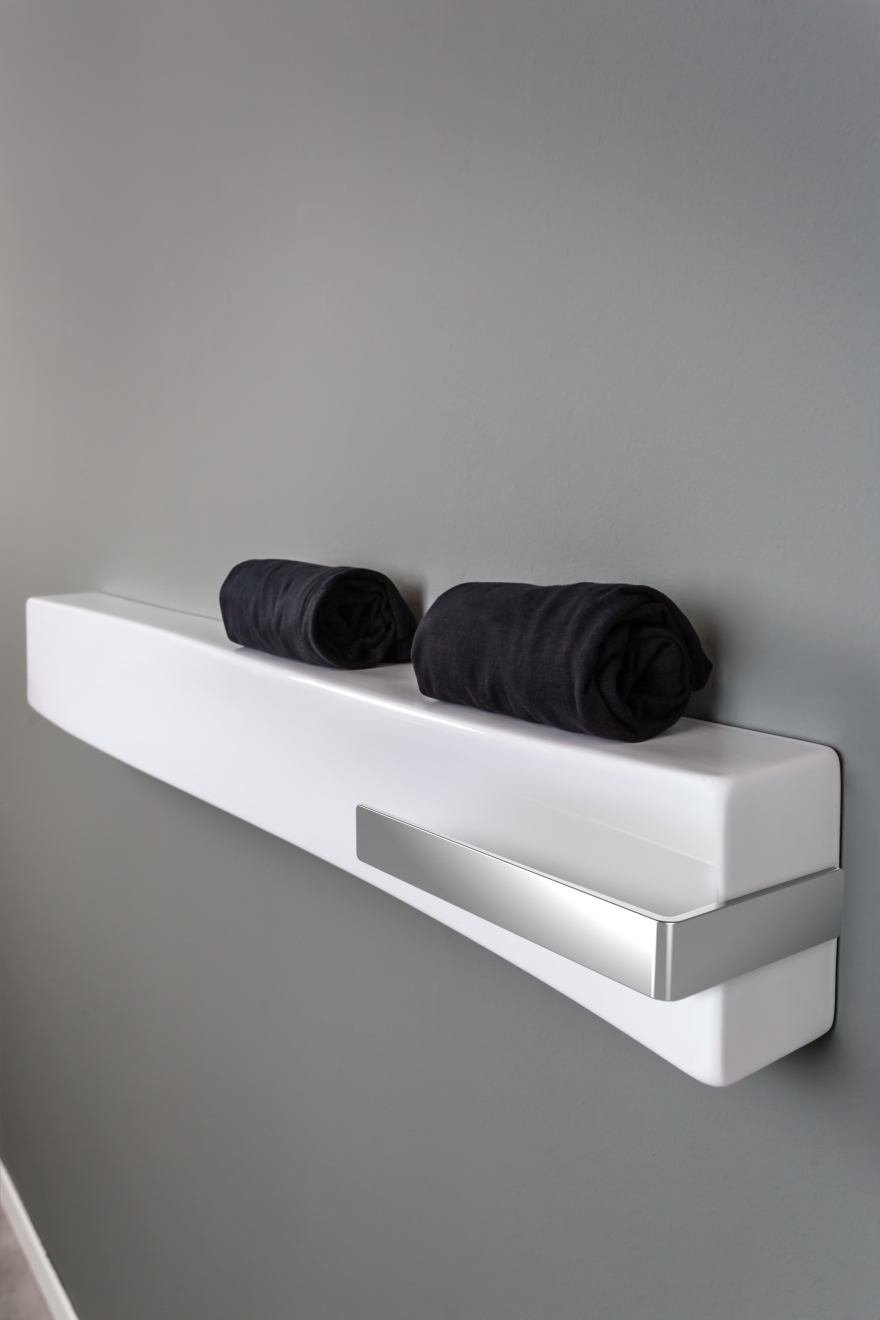 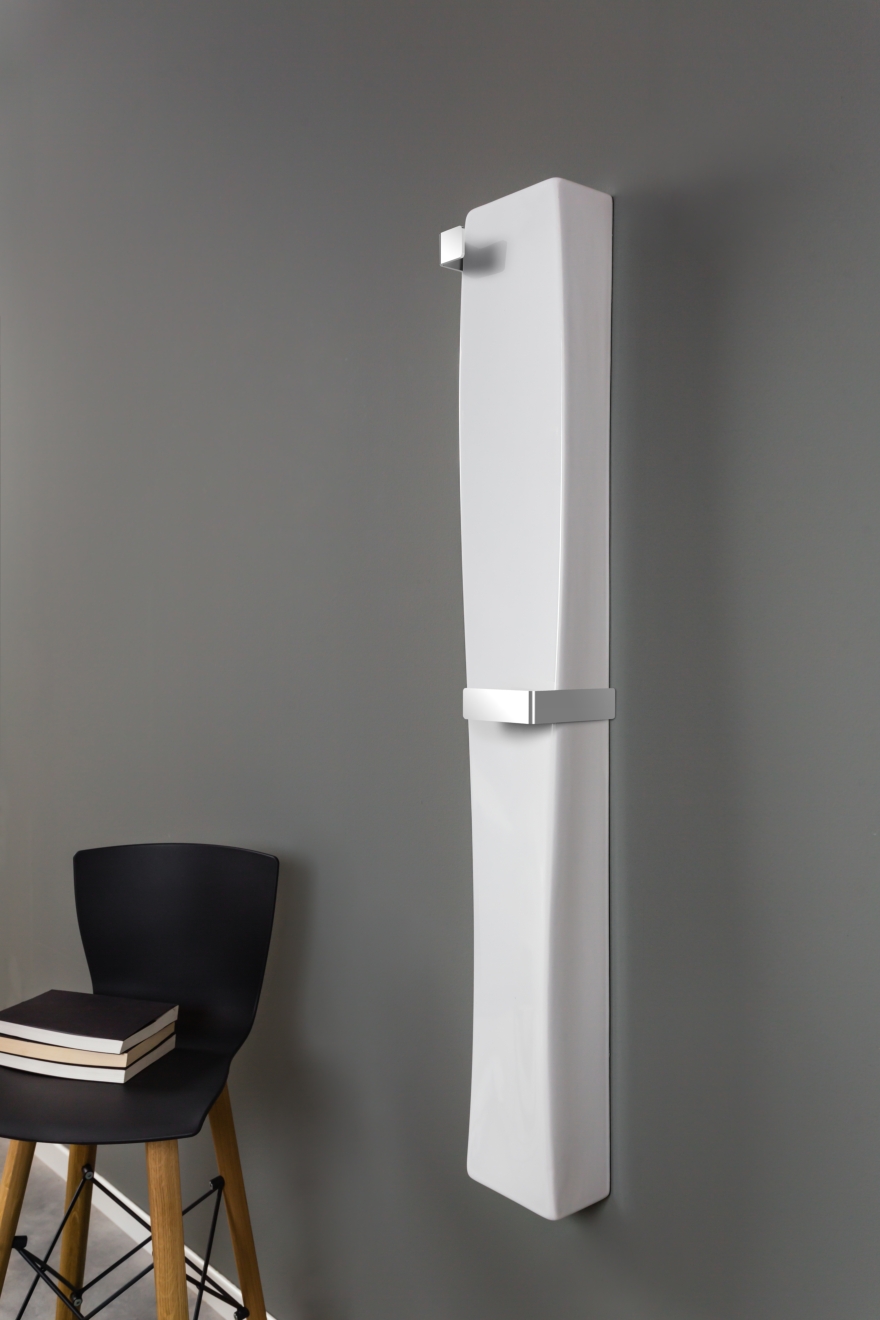 textile inspirations for ceramic surfaces
Rombo and 1000 Rigne represent the new generation of The.ArtCeram furnishing washbasins. Two countertop washbasins that derive from the same design matrix where a 3D texture is applied, a textile-inspired treatment.

A fabric that wraps the external surface of the washbasin that comes to life and is expressed in two processes typical of the textile world, a very light matalassè for ROMBO and a more evident vertical padding for 1000 Lines. A contamination between two very distant worlds that make the washbasin object a real “accessory”. 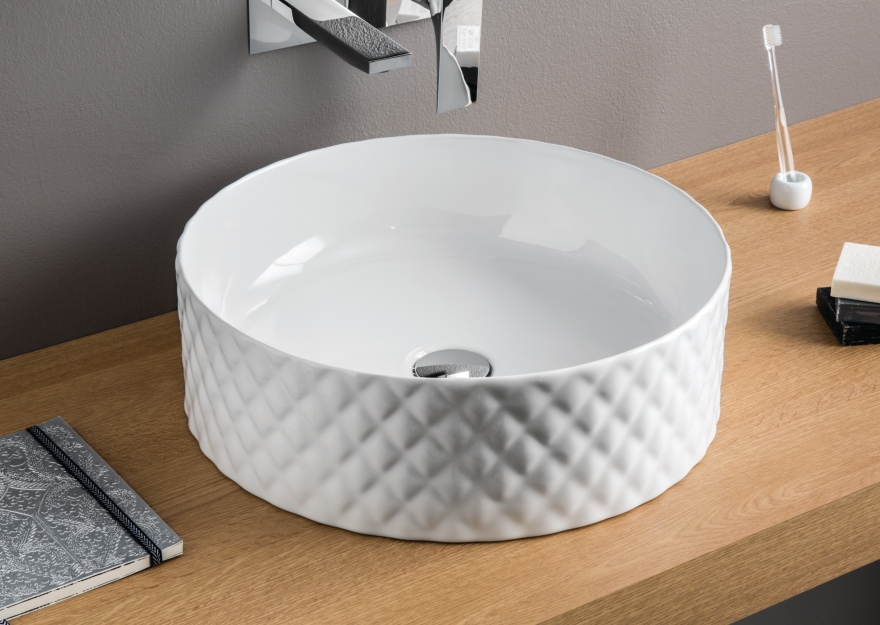 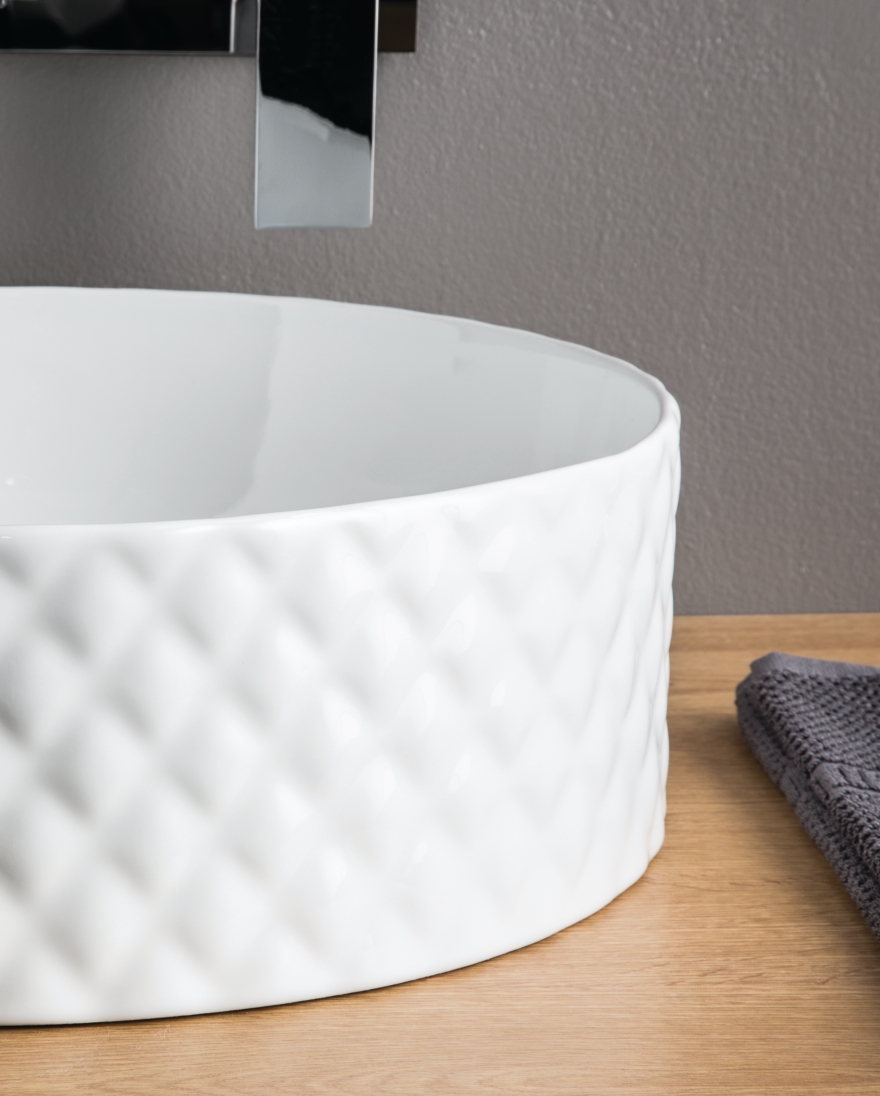 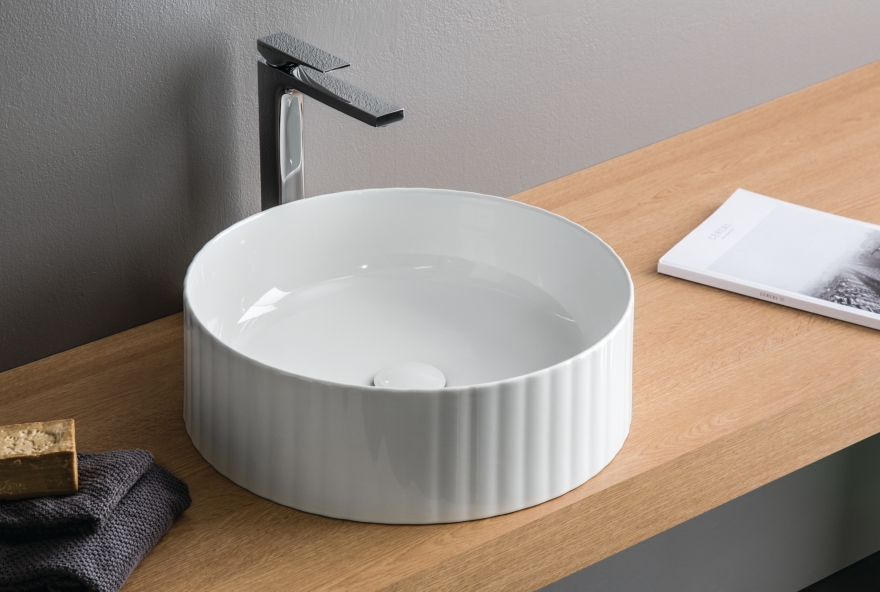 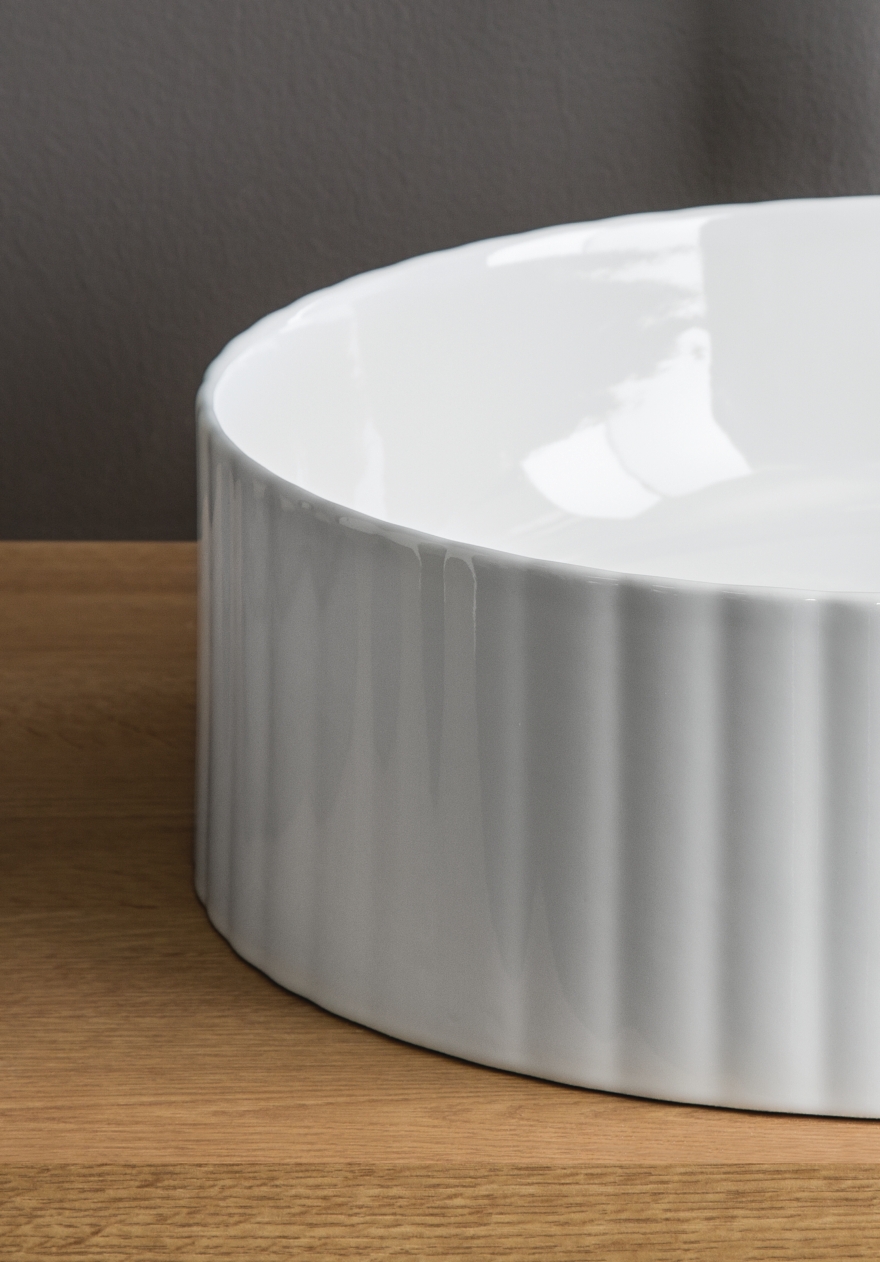 A new golden version. A sophisticated luxury to a must-have of the bathroom area. 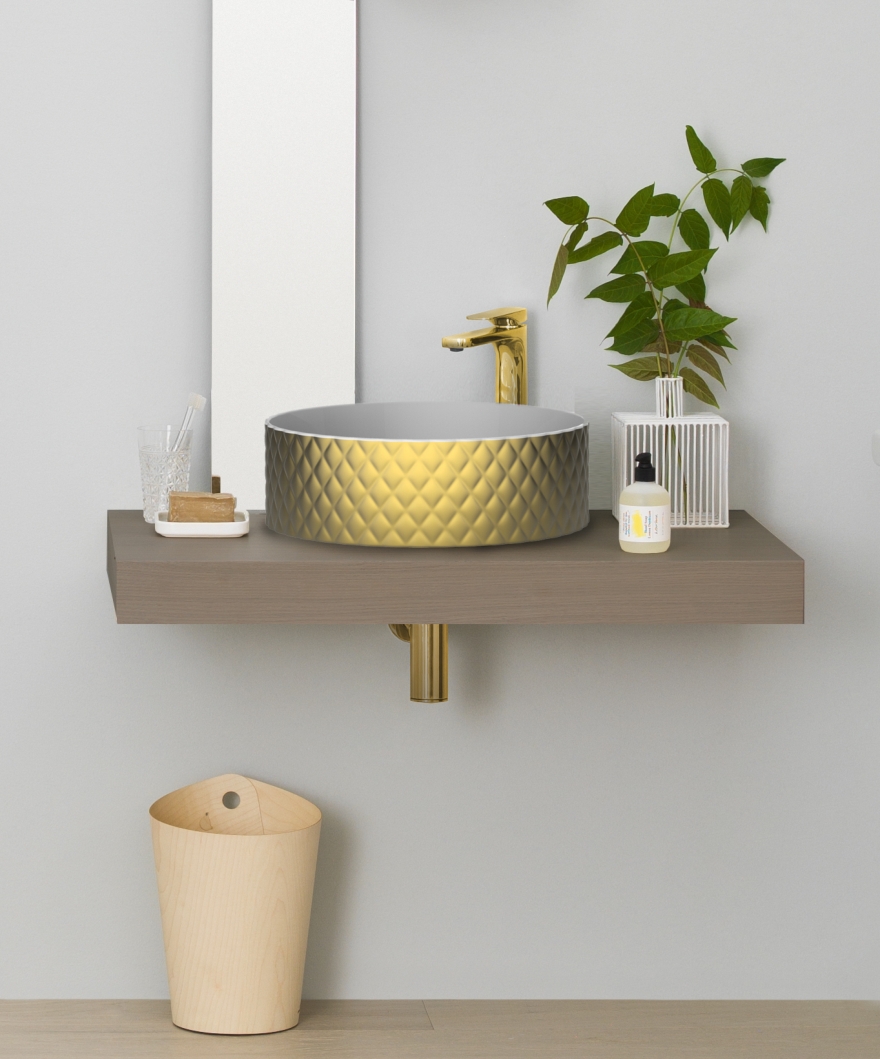