Creativeness, style and originality: The characteristics that have always distinguished Italy in the world, since the war to the present day. Ideagroup celebrates the "Italian excellence" to Cersaie Bologna 2013, 21 pavilion, Stand A29 B30.

A real journey will take visitors to the stand IDEAGROUP, that among the best-known series and news 2013, will trace the history of the Italian 50 years on, through images, quotes and objects from different periods.

All that has characterized the Made in Italy in the world: excellence, quality at the highest level and tailoring skills; Ideagroup hallmarks of production, which has always been characterized by fine craftsmanship and a choice of the finest quality materials.

IDEAGROUP will present at Cersaie 2013 preview a new bathroom collection. They will also be presented: the evolution of the collection Cubik and new shower enclosures Smart. Other new features include the brand Aqua, which will present an extension of the recent stylistic collection NYU.

At the booth there will be solutions Smyle and Mistral brand Blob, together with the already known collections shower brand Disenia.

Creativity, style and originality: the characteristics that have always distinguished Italy in the world, since the war to the present day. Ideagroup celebrates in its own way the "Italian excellence" to Cersaie Bologna 2013, 21 pavilion, Stand A29 B30. A real journey will take visitors to the stand IDEAGROUP, that among the most famous collections and news 2013, will trace the history of the Italian 50 years on, through images, quotes and traditional objects, from different periods .

All that has characterized the Made in Italy in the world: excellence, quality at the highest levels and sartorial ability; distinctive traits of Ideagroup production, which has always been characterized by high quality craftsmanship and a choice of materials of the highest level. To close the stand, the story of Ideagroup at Cersaie told through a rich collage of images that tell the latest 4 editions of the fair. IDEAGROUP will present at Cersaie 2013 the preview of a new bathroom collection that will be proposed by the Idea brand. The following will also be presented: the evolution of the Cubik collection and the new Smart shower enclosures. News also for the Aqua brand, which will be present with a stylistic extension of the recent Nyù collection. At the booth there will be Smyle and Mistral solutions of the Blob brand, together with the already known collection of the Disenia brand.

CUBIK, Ideagroup best seller, is renewed with amazing new technological and aesthetic. The new furniture project signed IDEA celebrates the needs of contemporary living: the design must be accompanied by the concept of comfort, aesthetics must embrace the features and materials must convey strong feelings and positive. The collection shows a widening of modularity, materials and finishes, synonymous with the constant search for innovative solutions, capable of characterizing the space, releasing a strong and determined personality. Cubik introduces two important innovations in natural finishes: the ecomalta and types of wood with continuous grain "in marble", both reflecting a careful and meticulous craftsmanship. In terms of composition, Cubik faces the bathroom by providing solutions and functional design, customized to the smallest elements, in order to live the bathroom as a personal retreat and relaxing corner. Kubik also meets the requirements dictated by limited space with solutions monoblock center room, which still fit the functionality of larger compositions, thanks to the optimization of the internal spaces and the combination of mirrors containers. 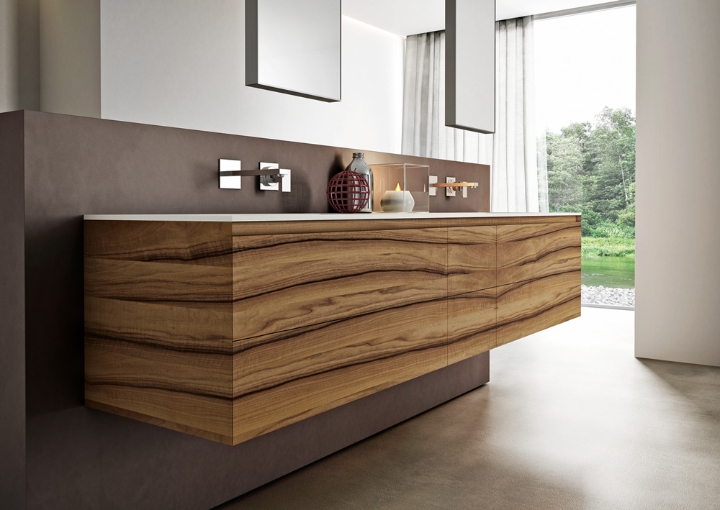 The Smart collection is characterized by the door which attaches to fixed glass through 2 hinges vetrovetro (6mm thick glass). This news interprets the latest trends by offering clean lines and finishes, combined with considerable aesthetic value, favored by the possibility of installing the glass flush outer plate. The resistance of the hinges glass-glass is guaranteed from functional tests extreme, involving tests of 50.000 opening cycles, well beyond the 20.000 required by European regulations. The solidity of the structure is given to practical functional arms or bars, which can be exploited for the '"the hanging" inside. The water containment system ensures maximum grip also with positioning of the cabin exterior flat edge, thus meeting the latest trends and modern market. SMART is available in four solutions designed to meet the needs of space: niche, two-sided box, three-sided box and sopravasca. The cabins take shower trays Join in Tecnogel and Plano in aquatek, available both as a support, is flush with the floor. In addition to white, you can choose dishes colored sand, concrete, cream, clay and charcoal. The walls inside the shower enclosure SMART, can be customized with a unique wall covering collection Join, customizable in the same color eponymous shower. 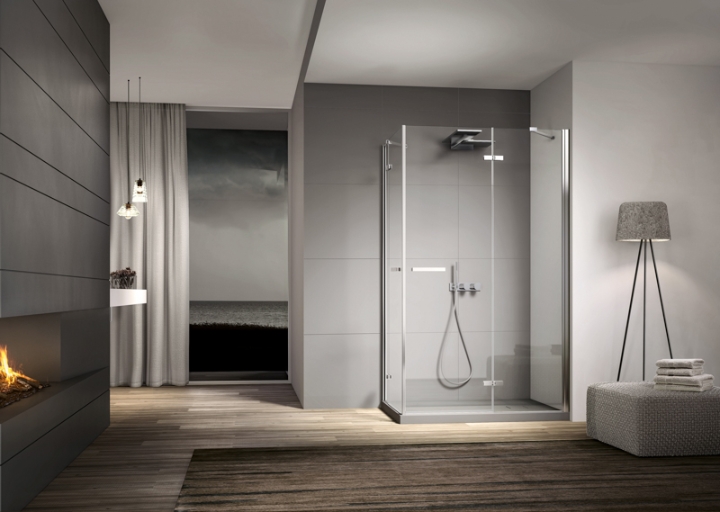 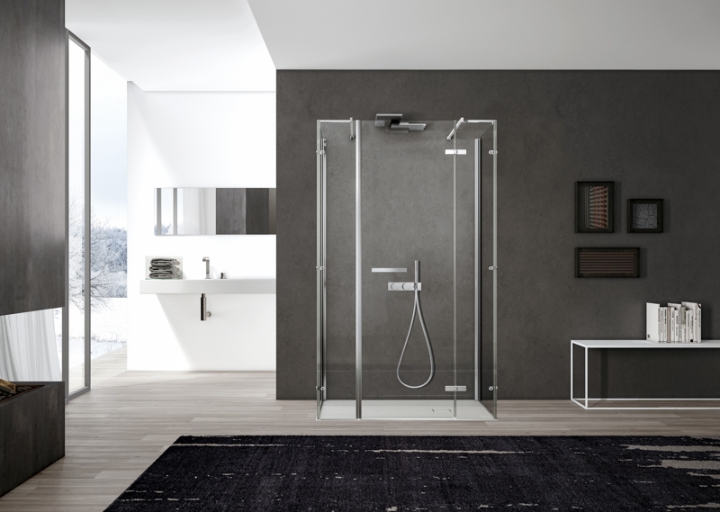