Francesco Faccin / Re-Fire, a kit for the manual ignition of the fire it has been modified: 2015-07-03 di jessica zannori

A kit for the manual ignition of the fire, Built using contemporary tools and production processes, sophisticated and affordable for everyone.

"An exciting project, physical, passed through a thousand trials and frustrating attempts to find the perfect balance of the various parts that make it up and at the end when I was able to produce fire with my hands, I had an intense feeling for a moment of self-sufficiency: after all what else do ...? "

Re-Fire is a project of Francesco Faccin presented and commissioned by Italian time, The first festival dedicated to creativity and Italian project in Stockholm at the Italian Cultural Institute, at the Stockholm Design Week from the 4 7 2014 February.

Francesco Faccin responds with this project to the provocative message of the Italian Time platform, which called on its participants reflect on the design of the present time and the past, on the meaning of 'doing' production today, The return to the origin of our true needs and actions within sustainable value systems.

Re-Fire is a kit to build a fire with his own hands, Which takes its cue from the systems used by primitive men. It is a method of ignition by friction (between two pieces of wood of different wood species, one hard, the other soft) that allows in a few seconds to create a glowing ash useful to trigger the combustion of a bait (made from a highly flammable dry material ).

Thus, each component is crucial to getting the fire and the various types of wood chosen correspond to a specific technical feature.

"With this project" explains Francesco Faccin, "It is possible to create fire with his own hands, in primitive ways. Let's start from the fire, the symbolic element that took away the primitive man, animalistic size and projecting it into the future with amazing innovations. The fire was invented, not discovered because it already exists in nature but it is necessary to know 'produce'. Here is where the project starts, the refinement of skills, capacity for vision, overcoming difficulties. Then we start again from the beginning of the beginning, when it was struggling to survive but everything was clean and clear, without accretions and semantic misunderstanding about the 'things'. Let's start with this approach rimettendoci in touch with that part of us that needs simple things, well-built because it needed to survive, that connect us deeply to nature but by exploiting the immense scientific and technical heritage that man has produced in recent millennia ".

Re-Fire It represents Francesco Faccin a resynchronization attempt with the most instinctive needs but with contemporary method. Produce an object to create the fire has forced the designers repetition of gestures of our ancestors but by using sophisticated tools now available to all, such as laser cutting machines, CNC milling machines. 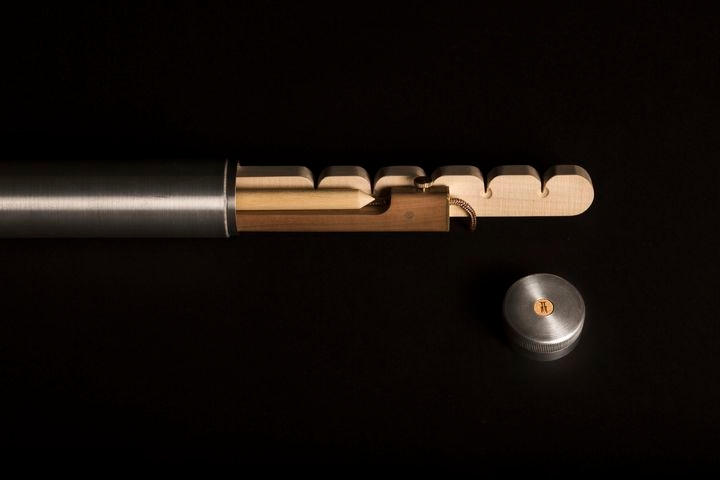 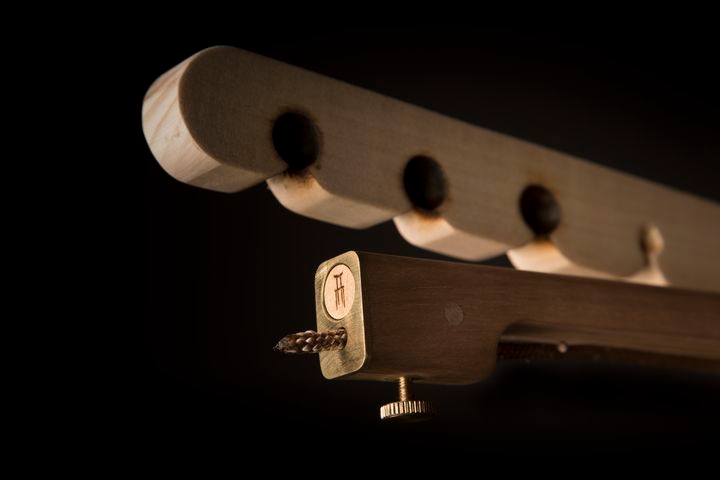 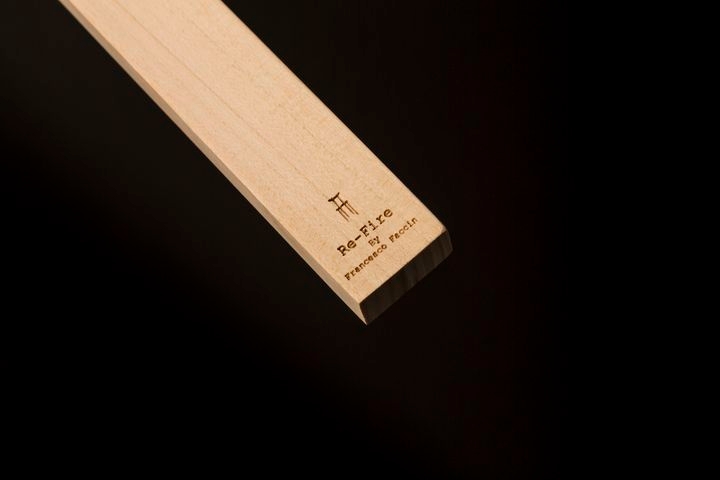 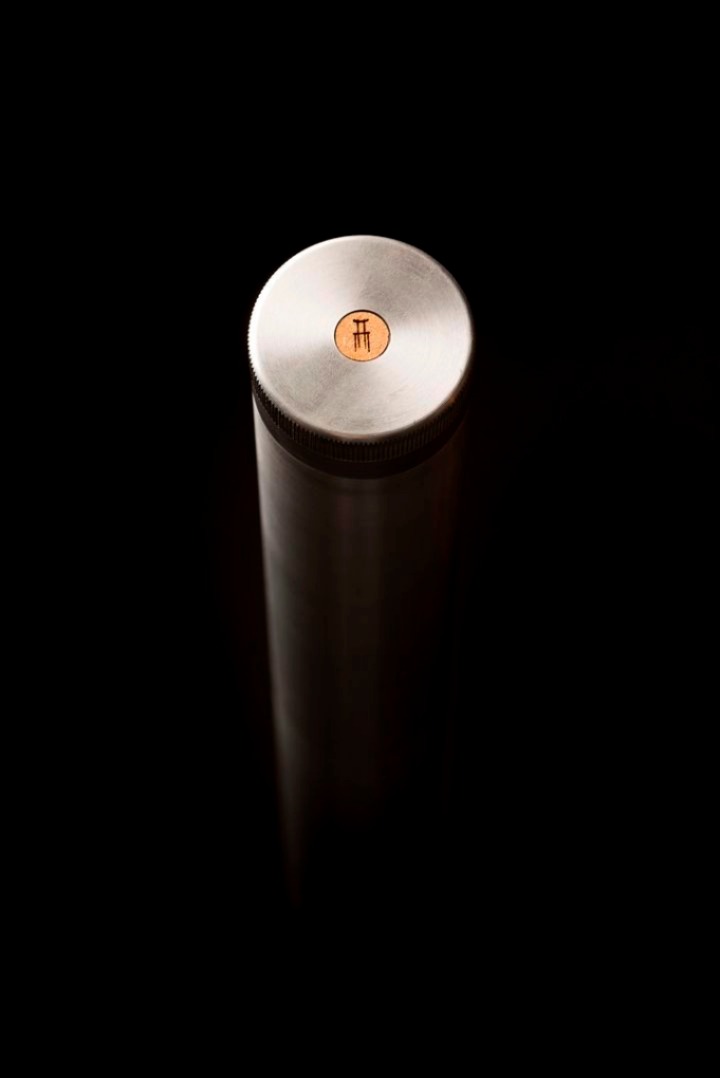 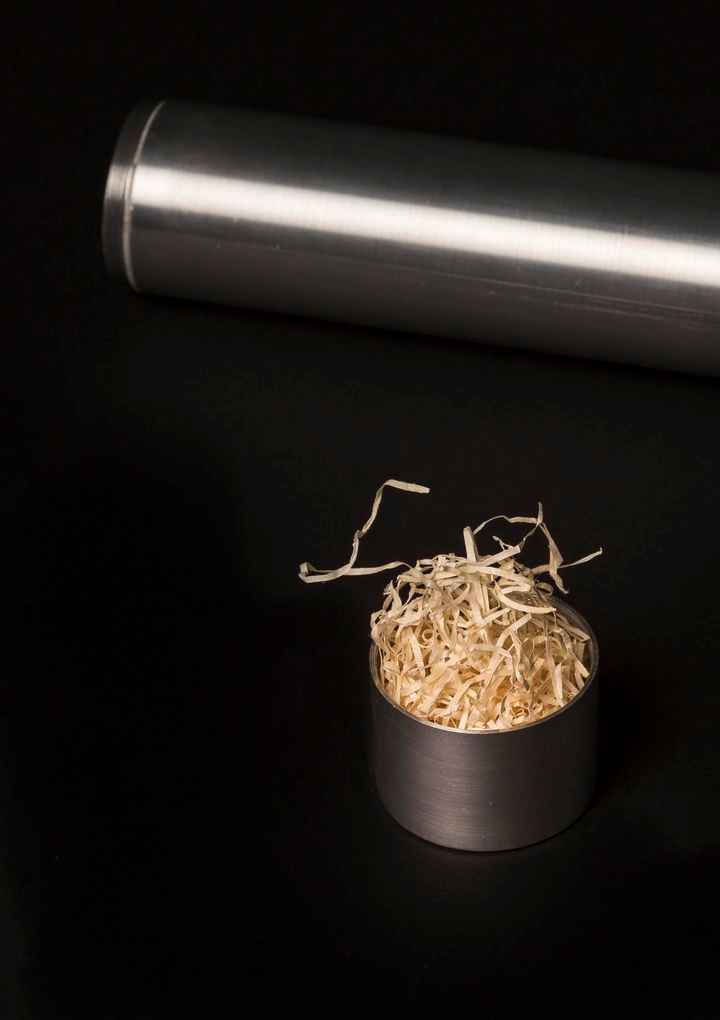 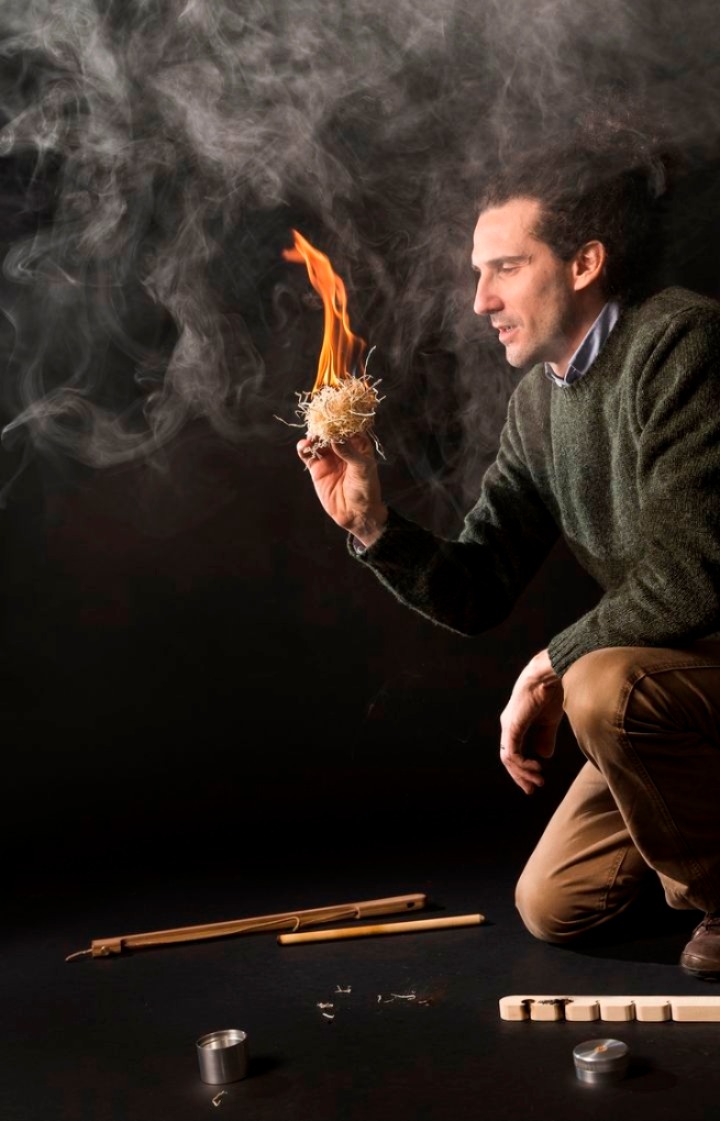 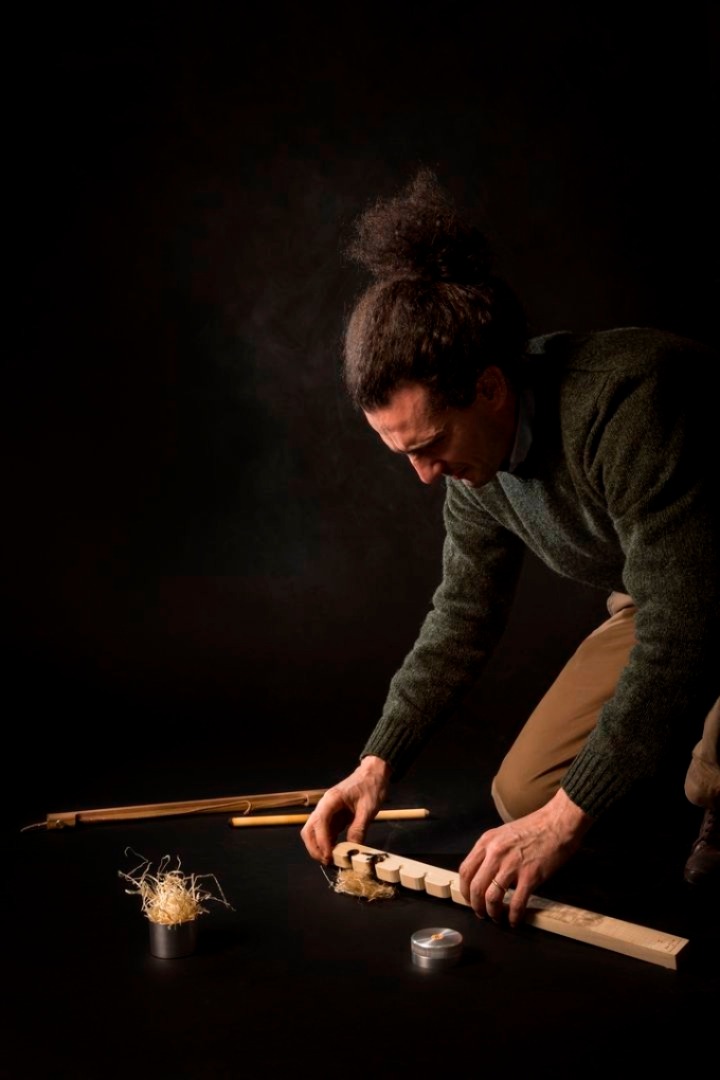 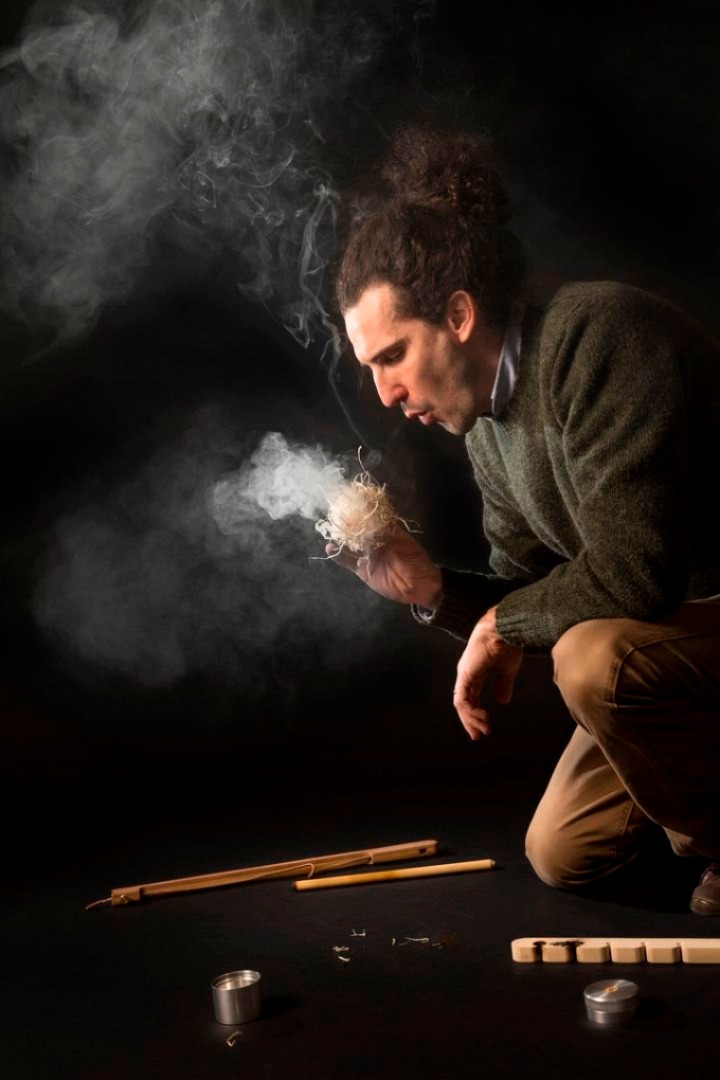 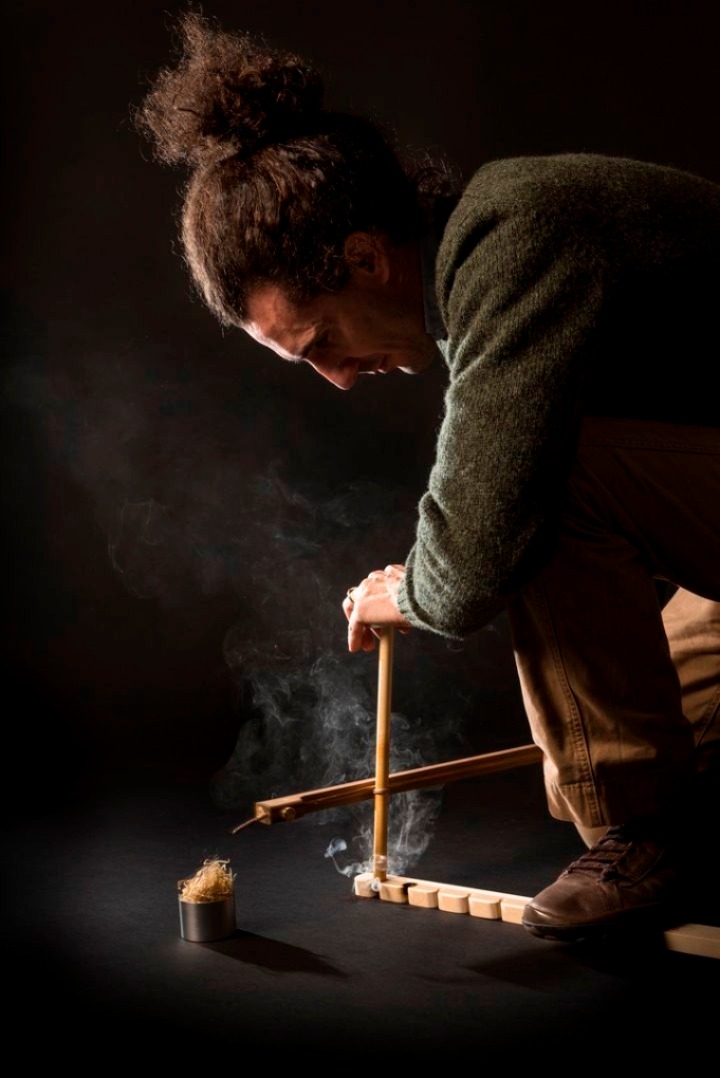 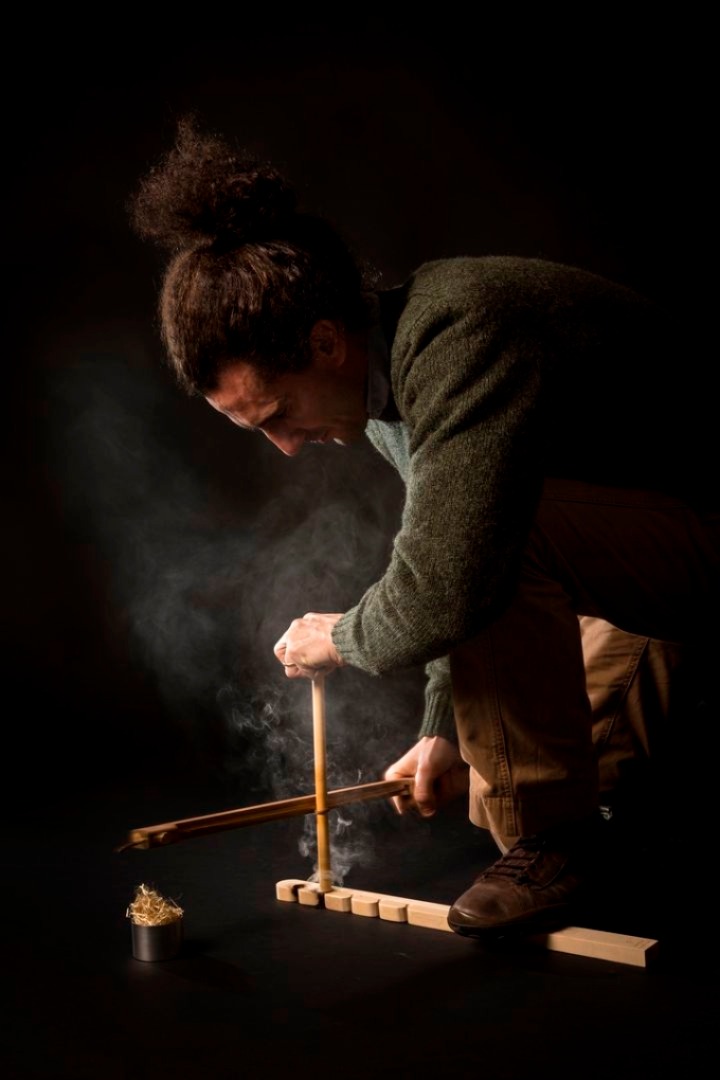