Escale Numérique Mathieu Lehanneur for JCDecaux it has been modified: 2013-04-13 di ARClickDesign.com

JCDecaux, A global innovator of urban advertising, with the project of the French designer Mathieu Lehanneur He won in 2012 the call for projects from the Mairie de Paris dedicated to smart mobile with Escale Numérique, A haven of peace available to all.

Escale Numérique is a revival in the underground fiber optic network that now provides the French capital, such as Wallace Fountains, which since the end of 19 century offered the Parisian population the free drinking water that passed under their feet, Escale Numérique allows everyone to benefit, as a real public service, a high speed Wi-Fi.

For its first project of urban development, Mathieu Lehanneur has created a kind of refuge, like a green garden resting on tree trunks, designed to be more interesting when seen from the ground like a balcony. The resistant swivel seats in concrete are provided with plugs and have mini shelves to rest an elbow, place a book or a computer.

Un large touch screen It provides updated information on city services: guides, news and augmented reality for tourists and visitors who are not online.

Escale Numérique is the precursor of a new range of urban architecture where virtual reality determines the shape of what is real to live with even greater fluency. 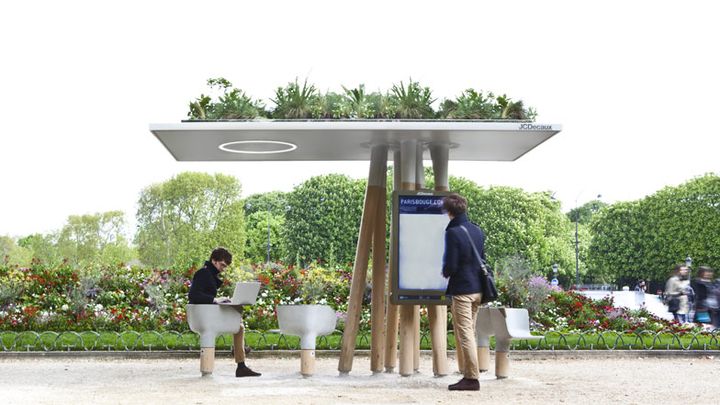 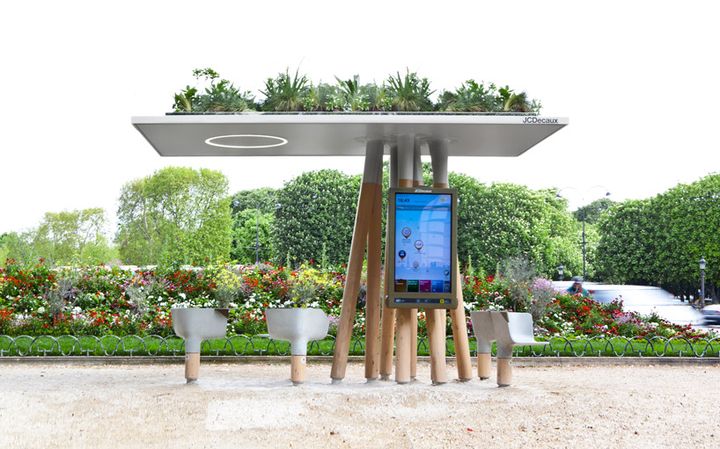 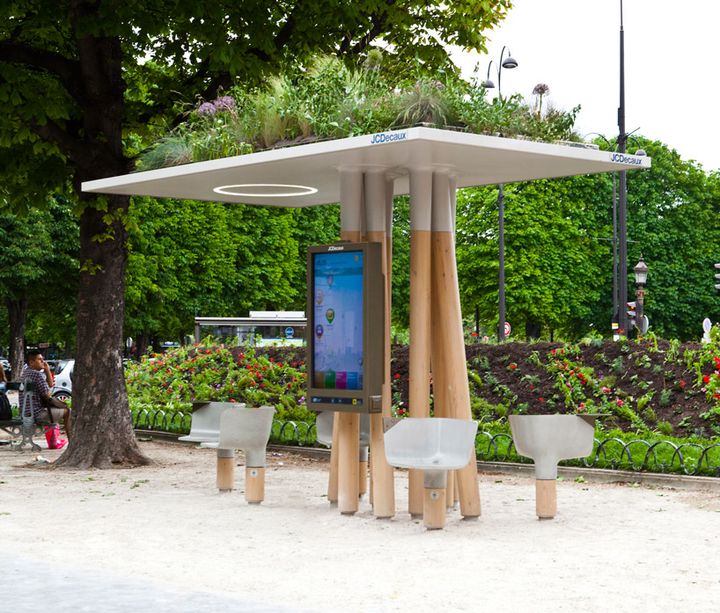 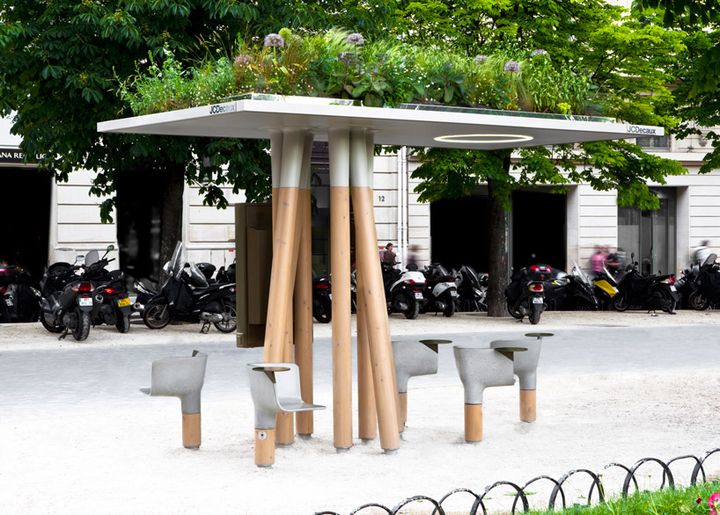 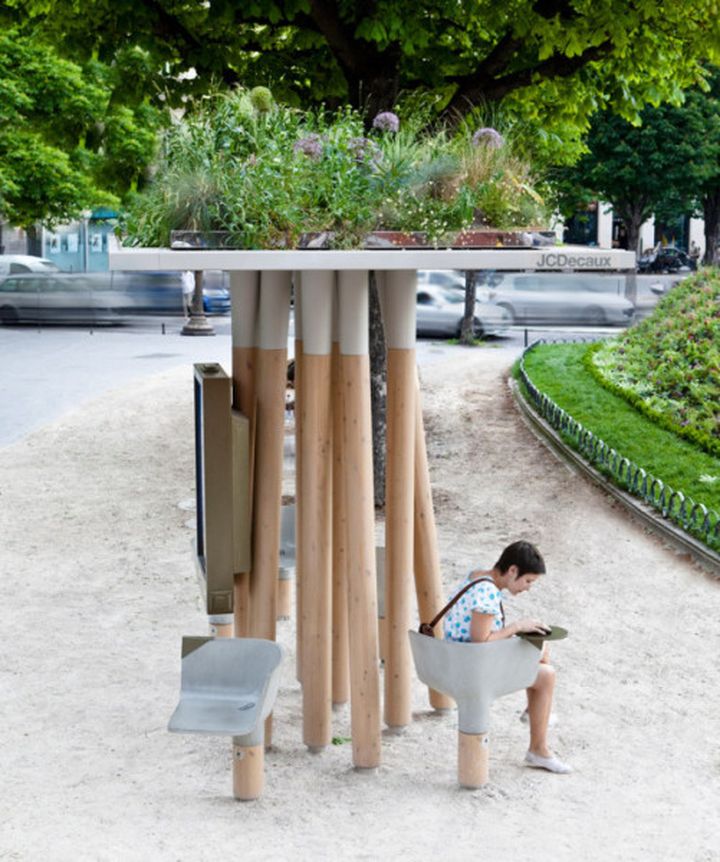 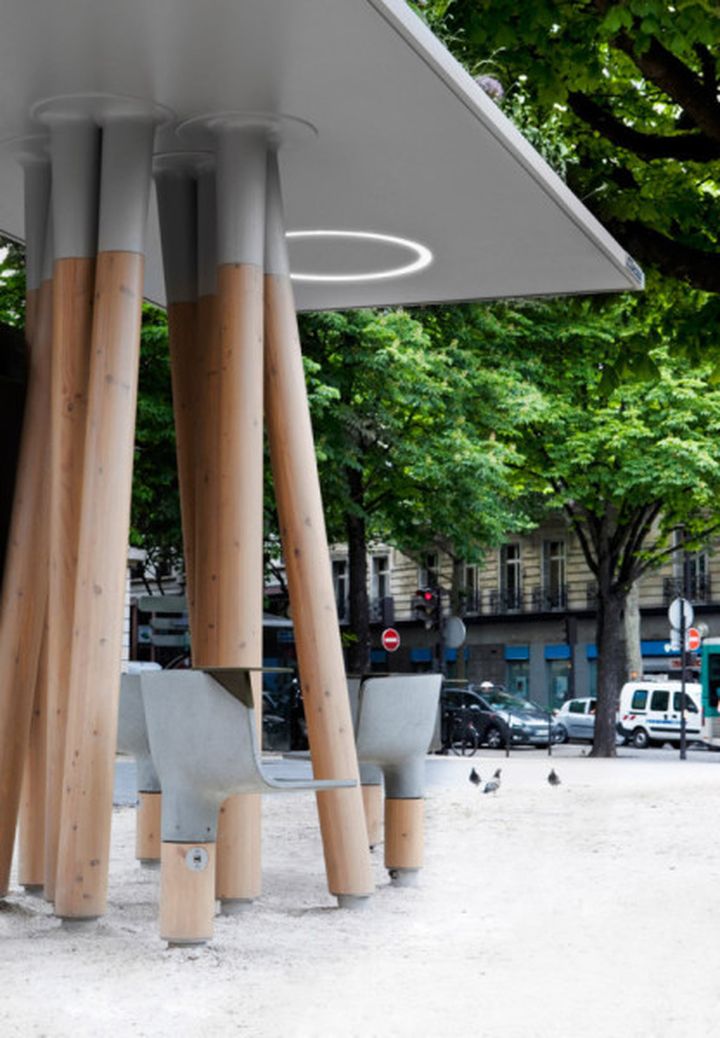 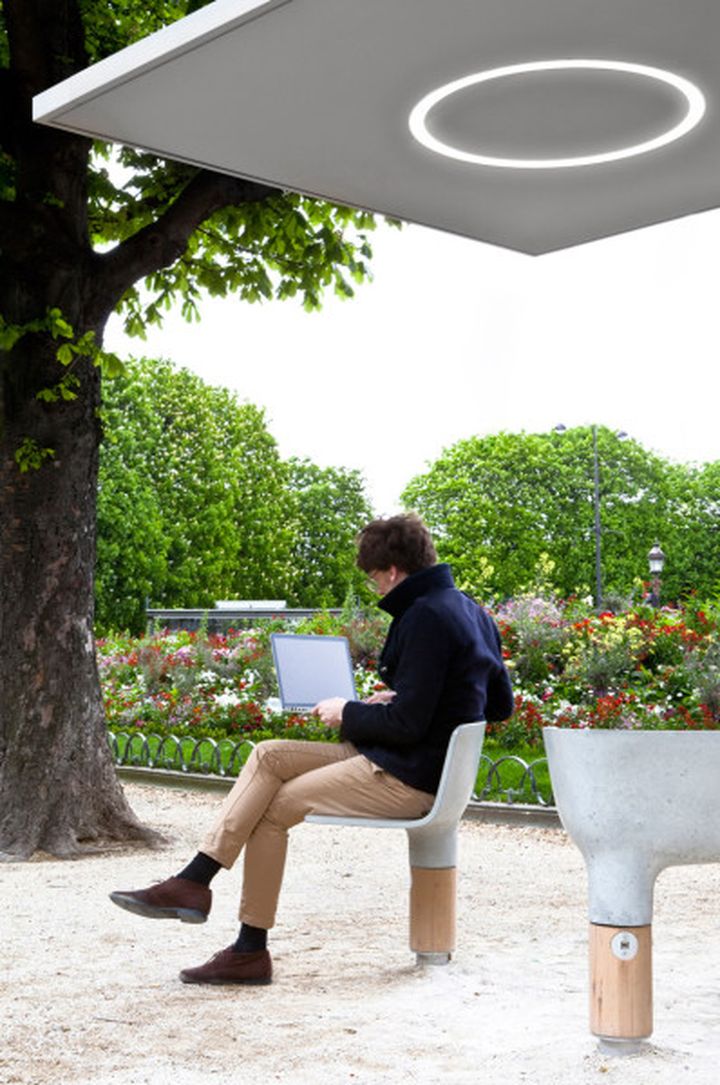 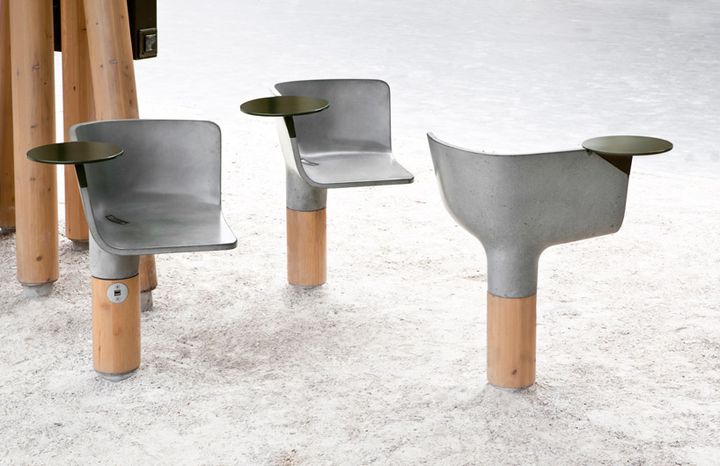 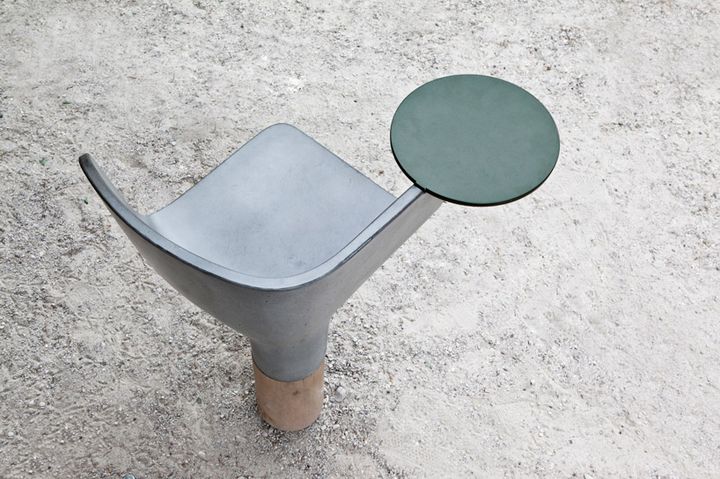