Propeller, hoods or lamps that illuminate who aspire? it has been modified: 2014-11-24 di jessica zannori

Hoods or lamps that illuminate who aspire? Hard to find an answer in front of the combination of forms and functions with which Elica is meeting a market need.

The living areas have been reduced to a minimum; the kitchen, became the heart of the house, is shown and lived, is this a sign of a trend and lifestyle has become customary.

Elica was ahead of the trend: nine years ago, in 2005, it launched the first hood-lamps and today it presents itself with two new products, Edith and Seashell, with even higher performance. 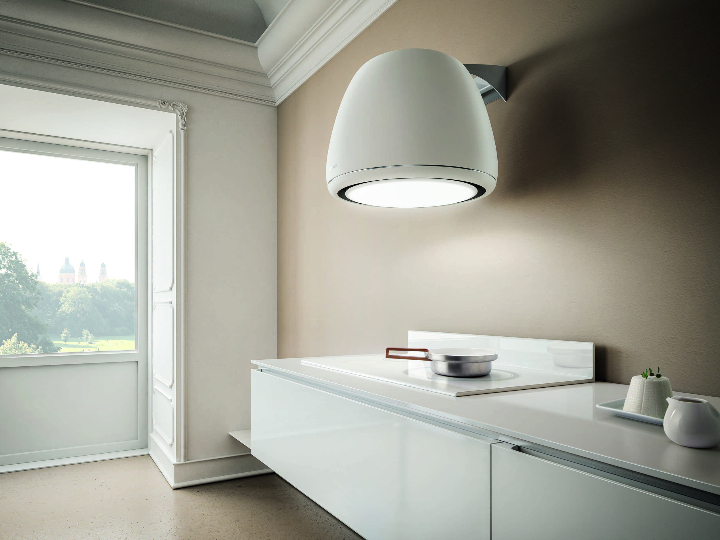 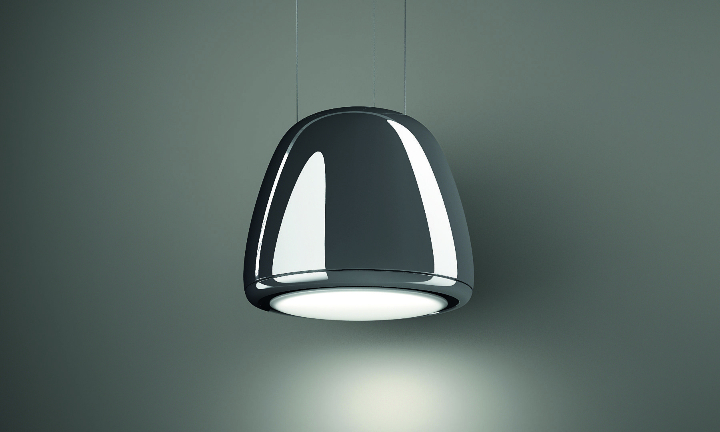 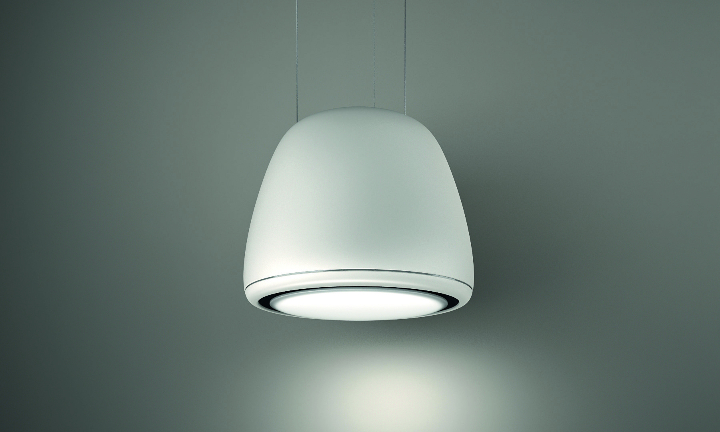 it is characterized by small dimensions that make its application particularly versatile: it can in fact be used alone or in pairs, on the wall or suspended.

"Edith is total balance: there is no element that dominates the others", tells the designer Fabrizio Crisà. “The curve that constitutes Edith's profile wraps around itself in the lower part: in the design phase I tried hundreds of curves, a single millimeter would have changed the general appearance”.

Edith is beautiful on the outside and special on the inside. This hood can perform the double function, suction and lighting, thanks to the Evolution technology, introduced in 2005 and now revolutionized to achieve even higher performance. A real “technological heart” with reduced dimensions, Evolution allows models such as Edith to guarantee optimal air and light quality. In the lower part of the hood, on a single circular disk, there is a wide series of LEDs able to create diffused and natural light in a small space; here too, the perimeter extraction allows the collection of fumes also coming from the sides of the hob. 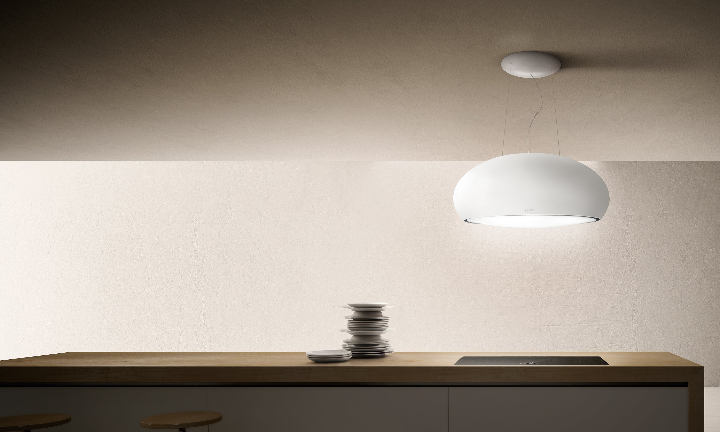 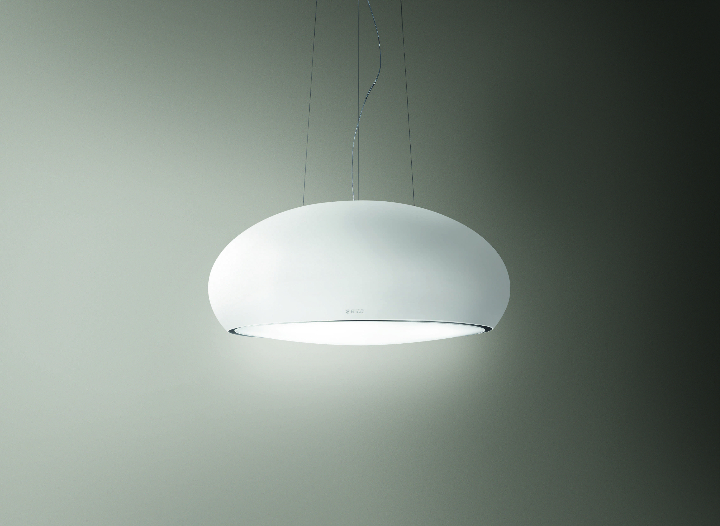 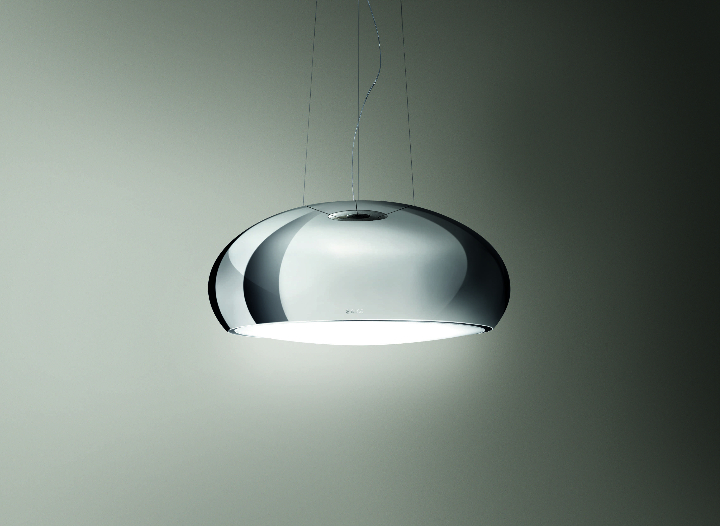 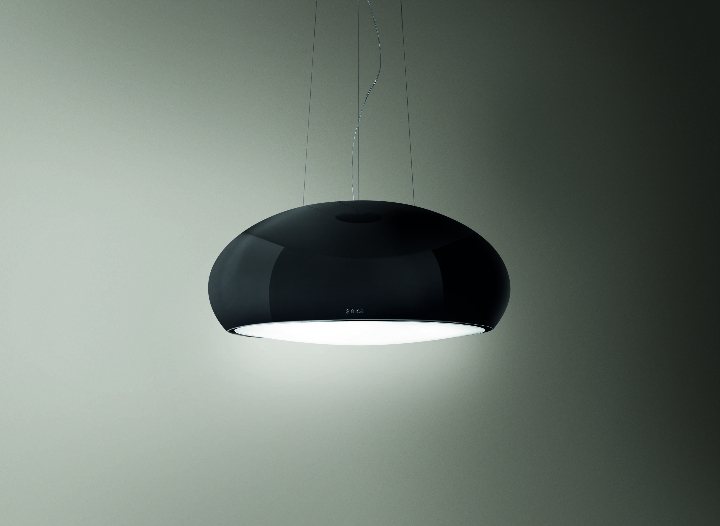 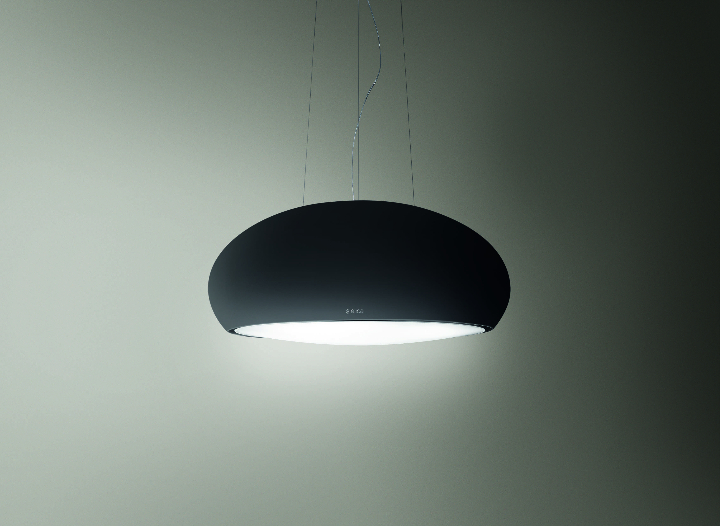 it differs from Edith for its larger dimensions, which make it perfect for use in more spacious island kitchens. The question of "hood or lamp" is very topical when it comes to this model: in Seashell the aspiration, also in this case perimeter, has high performance, while the rounded shapes and the large light surface bring it closer to full effect to a pendant lamp.