With the new single-lever mixer Pivot, Dornbracht presents the first taps that can be used in the entire kitchen area. Pivot combines refined aesthetics and extreme functionality. The particularly long arm - 55 cm extension - allows a 360 ° range of action and meets the highest standards in terms of flexibility and comfort in the kitchen. Thanks to a 360 ° range of action, the various activities that take place in the kitchen can be reconciled without any effort.

The name of the product derives from the French word “pivot” (fulcrum, hinge), referring to the design of this type of tap, which becomes the heart, the mobile fulcrum of the cooking area. The versatility of Pivot is also coordinated with the Dornbracht Water Zones for excellent results in complex operations for food preparation and cooking. The practical knob placed directly on the spout guarantees an easy and ergonomic use.

The reduced, filigree shape harmonizes with the discreet design of the Tara Ultra series. Pivot translates the minimalist perfection of the entire series into a new and extraordinary type of taps, which stands out for its sculptural character. The notch-free lever emphasizes the clear formal language, making Pivot a stylish alternative to pull-out showers. Single lever mixer with valve for hot and cold water, Pivot completes the high-end Dornbracht lines with a valuable premium proposal, ensuring even more comfort in the kitchen and responding to the specific needs and expectations of the user. 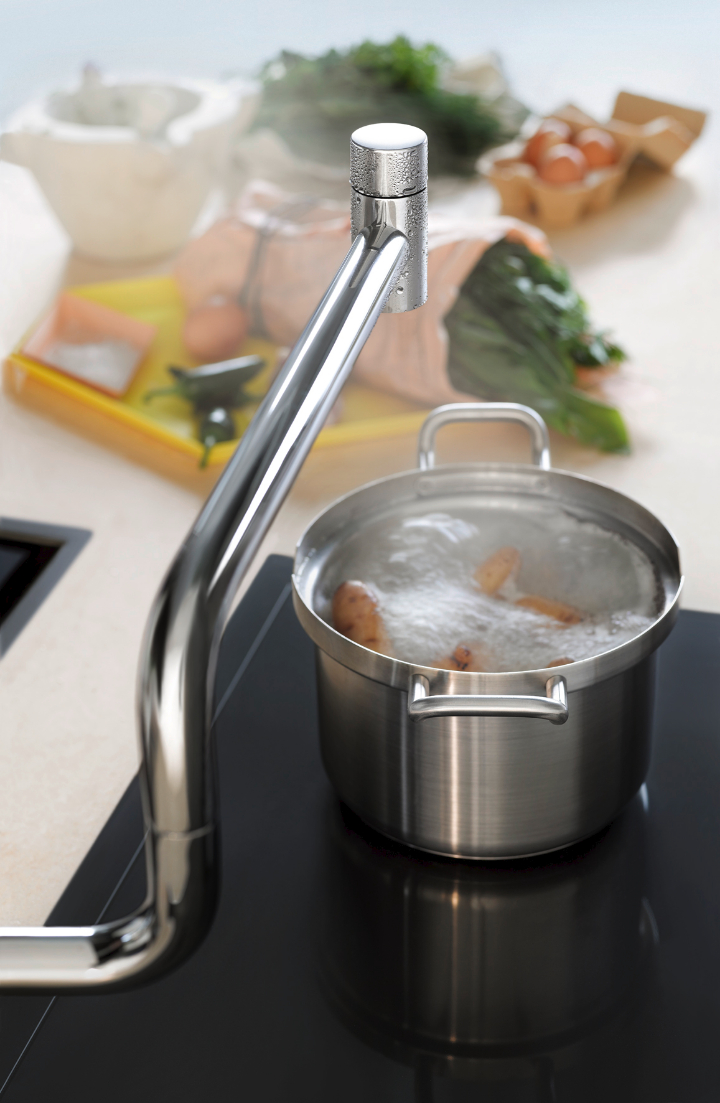 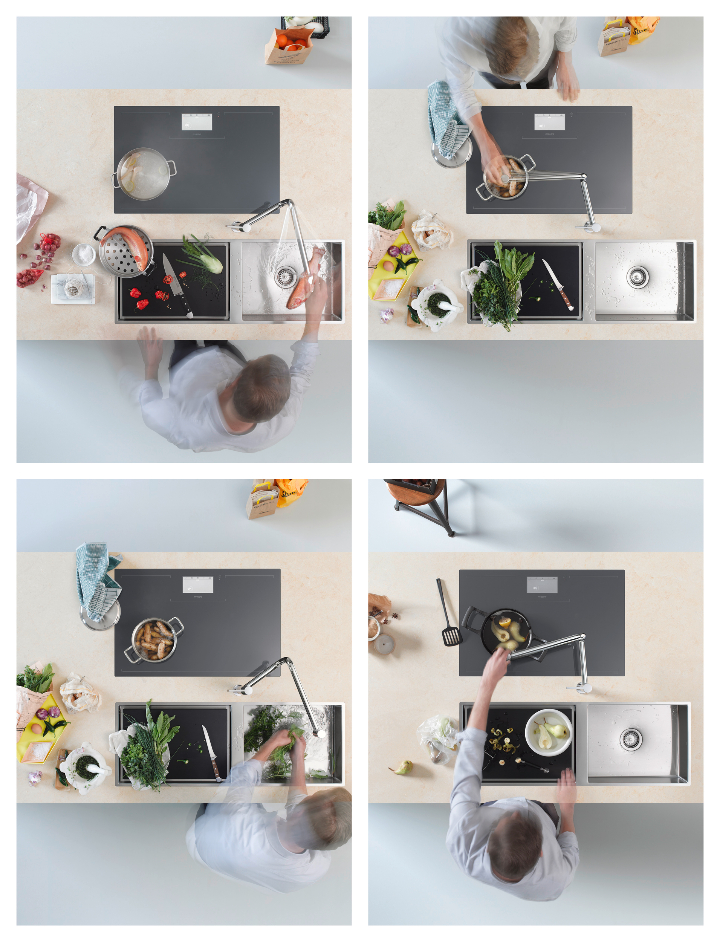 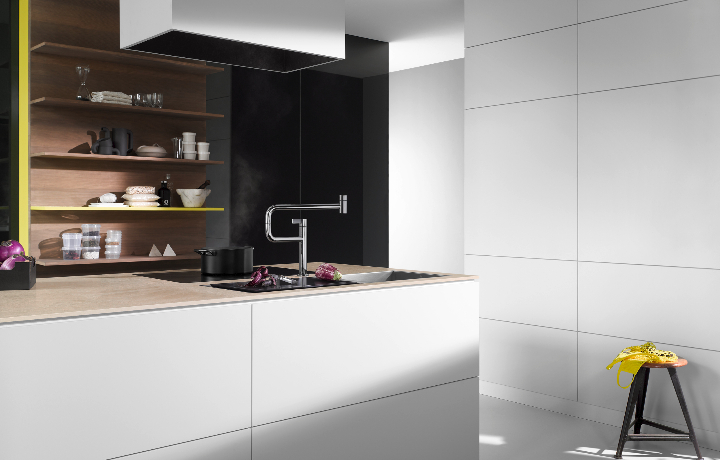 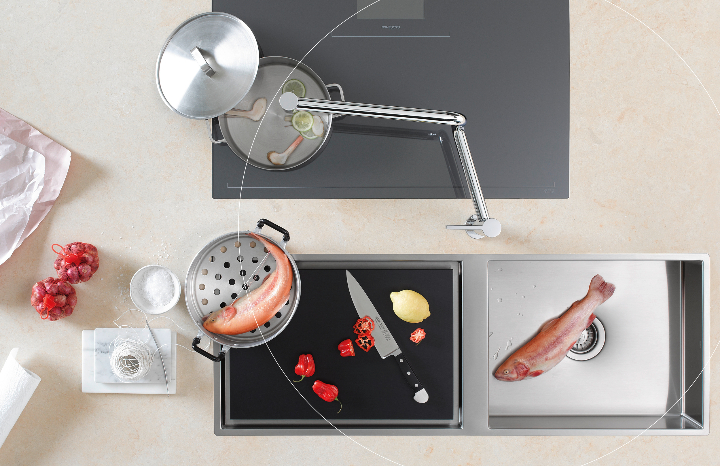