Felice, the empty pockets of barber by Vito Nesta it has been modified: 2015-02-14 di Benedict Flowers

"Da Felice" was the family barber. Going to him means getting rid of a lot of things, emptying the pockets of the mind and feeling the bottom of the hat wider, letting yourself be pampered by the shaving foam and hearing the scissors rattling rhythmically between his stories and his tales.

Once again, in front of the mirror, the designer's gaze becomes macroscopic, captured by the simple silhouette of the shaving soap dish, the classic and well-known barber's object, dressing in shade and intimacy.

From the memory of this object, another fundamental tool of the ancient barber's profession, the homonymous "Da Felice" is born, a pocket emptier with simple and rounded lines, in three color variants with a patriotic Made in Italy scent, green, White and red.

An object large enough to contain the futile and the essential, to hide or decorate.

For the nostalgic and the "vain", Vito Nesta, Presents another object of the figurative tradition and Italian culture, another undisputed star of the world and the profession of barber. 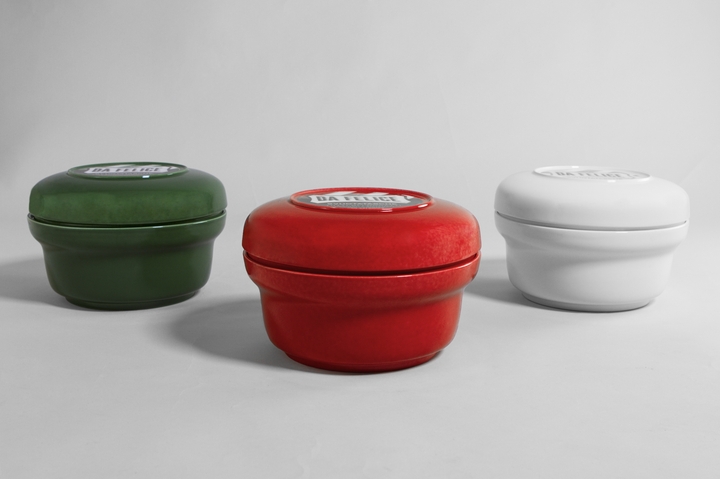 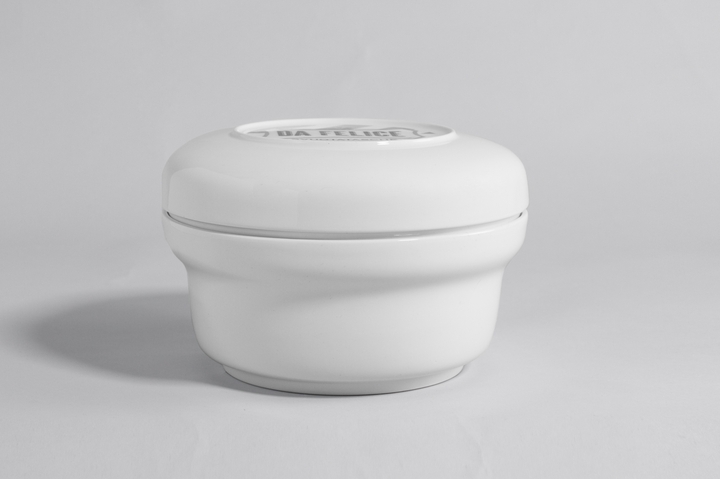 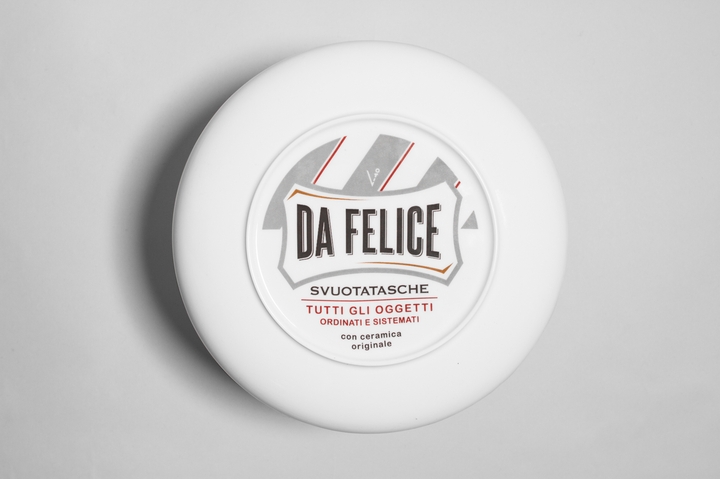 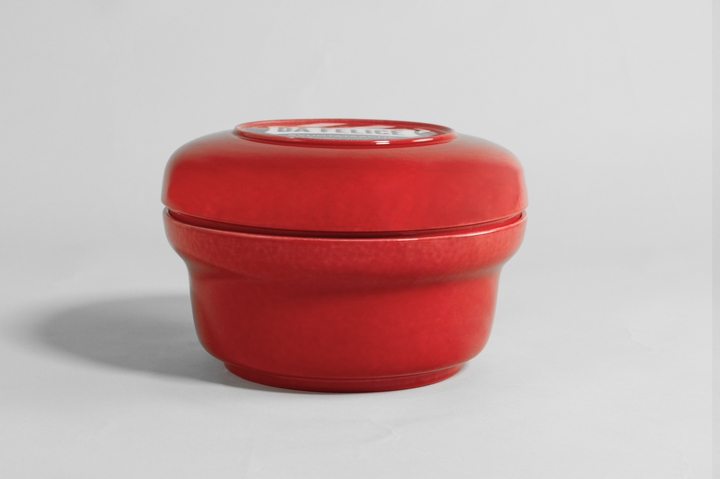 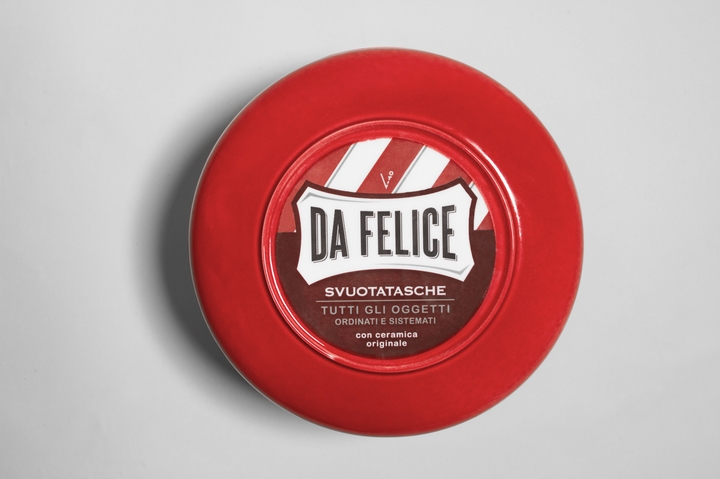 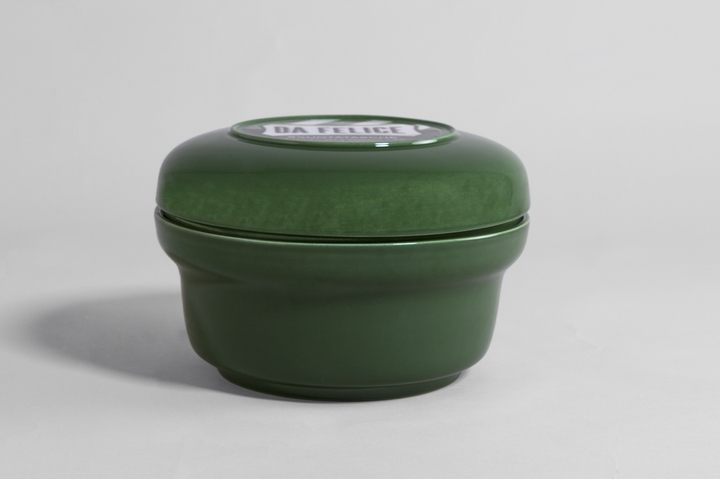 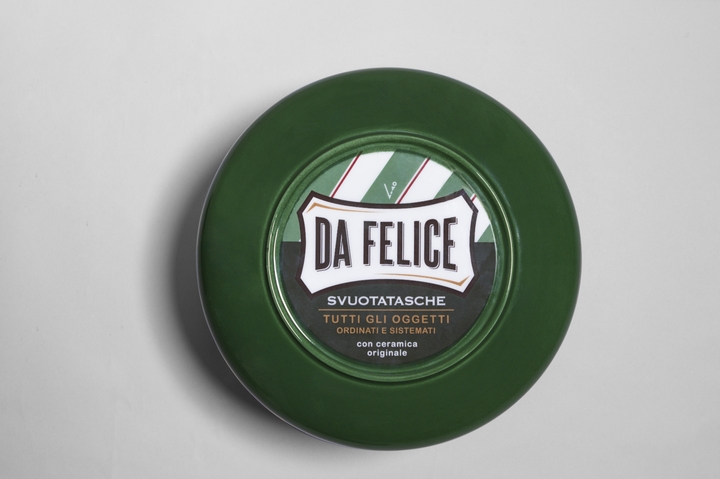