Officinawood It is a superposition of craft and design in a more or less stable balance between ideas and work. It is the result of the encounter between a carpenter renovator, a mechanical designer, an artist decorator and a communication designer who invent, design and implement small set of furniture and custom made furniture using mainly wood, but also iron and others, if necessary.

Workshop or work and transform, build an idea and design things. The 'manual action is always intertwined with the dynamics of the reasoning, the study of the prototype.

The scope is typically that of handcrafted design, the intention to create functional objects, favoring unconventional forms while maintaining the accuracy street and technical precision in machining.

The recognizable style in every creation reflects a feature that somehow also belongs in that group: the contrast. Contrasts between essences and colors, including massive elements and slender structures, including two-dimensional and three-dimensional spaces spaces, including strict minimalism and freehand designs.

The Officinawood project was born to play, and how all the games that you respect it houses a very seriously core; It is not nothing but the fruit of quality, passion and technical and aesthetic attitudes of those who created it.

The new line of furniture presented at the Bologna Design Week 2016 is called "GREETINGS FROM ..."

They are a mixture of memories and colors, places and forms, wood, iron and travel; the OfficinaWood postcards tell the first of his series of objects, a folk and surreal game of functional furniture and well made that paint a Romagnolo imaginary indefinable places, the improbable names, into an indecipherable time.

How many summers spent playing among the lifeguards and the crowds of tourists and how many love affairs left in September on the beaches of Hello-sea, right there between Marebello and Rivazzura, Bellariva or maybe who knows .. but in the end is not important, what matters are multi-color suggestions umbrellas, fashion shows over the footbridge sits on the rolling dunes of sand that can hardly be seen, covered by a small stretch of bradine dyed pandant with the vertigo of wooden small houses. And finally, the last was almost superfluous, rough but not too much (not to disturb holidaymakers), the sea.

A remake of the famous cot bathhouse, made of lacquered iron, and his mattress, solid wood, supporting the 5 rooms, with their doors and drawers, which make up the belief mimicking the sinuous profile chiaroscuro shades of the shore and the rippled of the waves. Top the many fir strips, such as Po or all the same booths, creating a robust plan, and then those colorful pinwheels, that does not shelter from the sun, but contain little things. 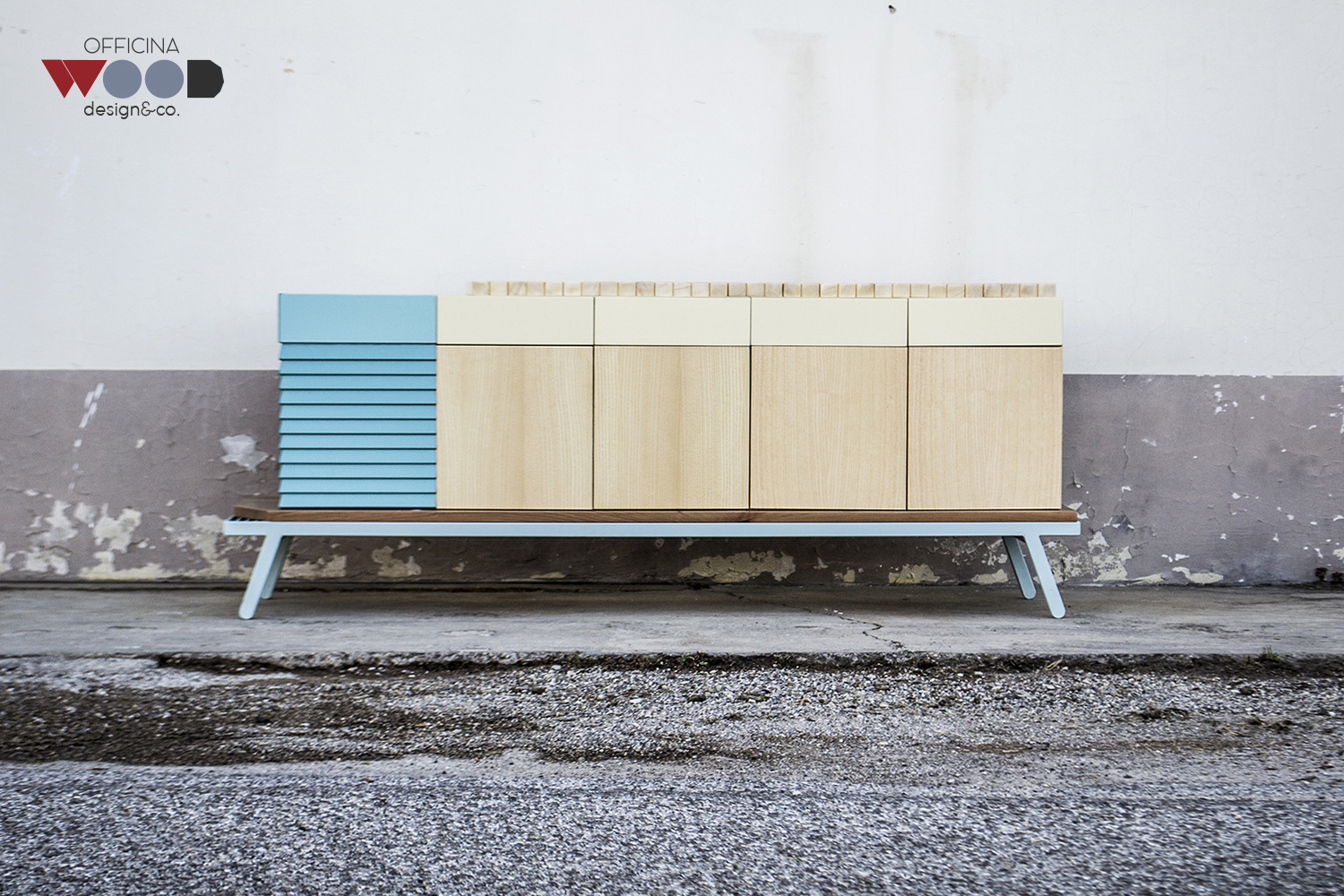 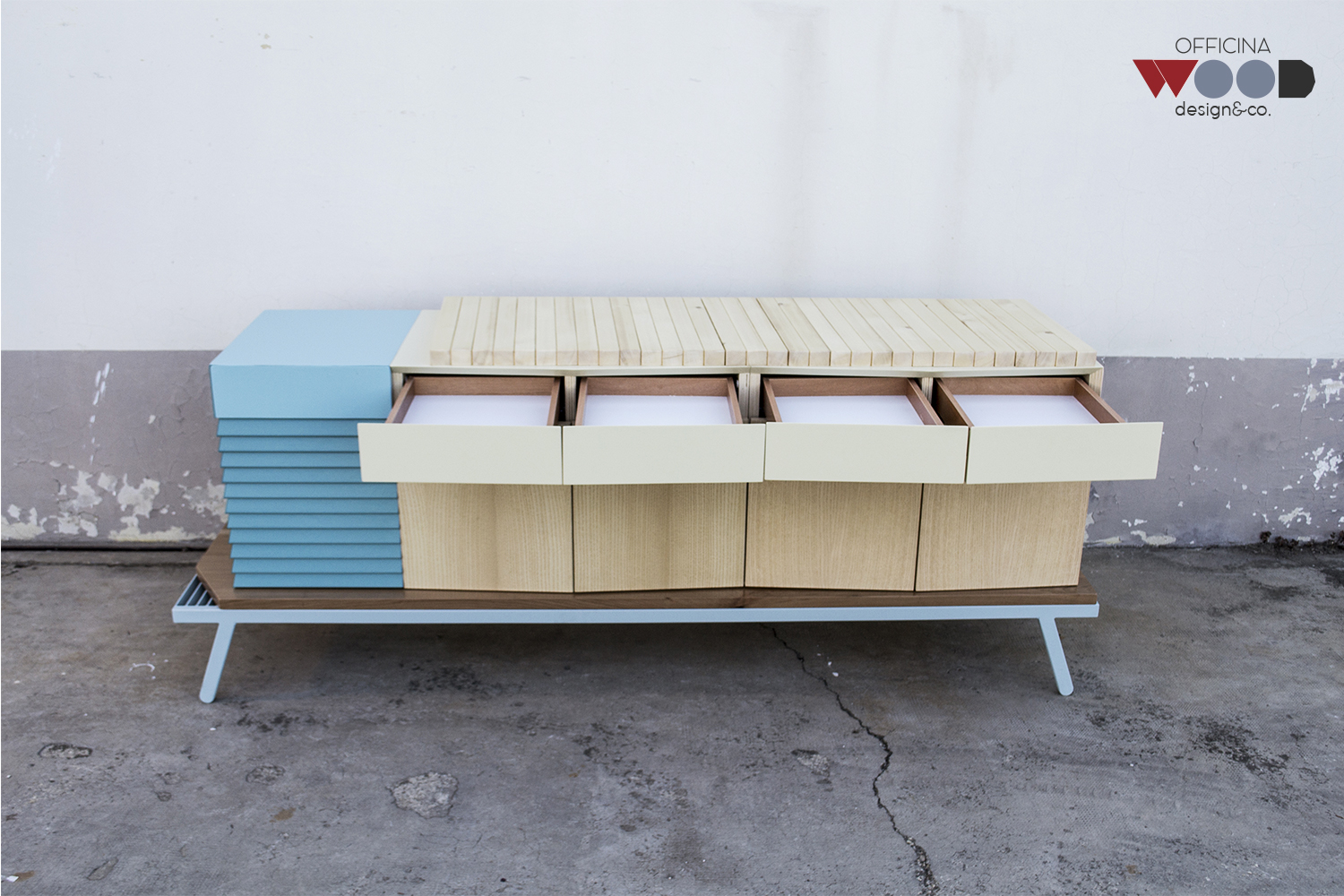 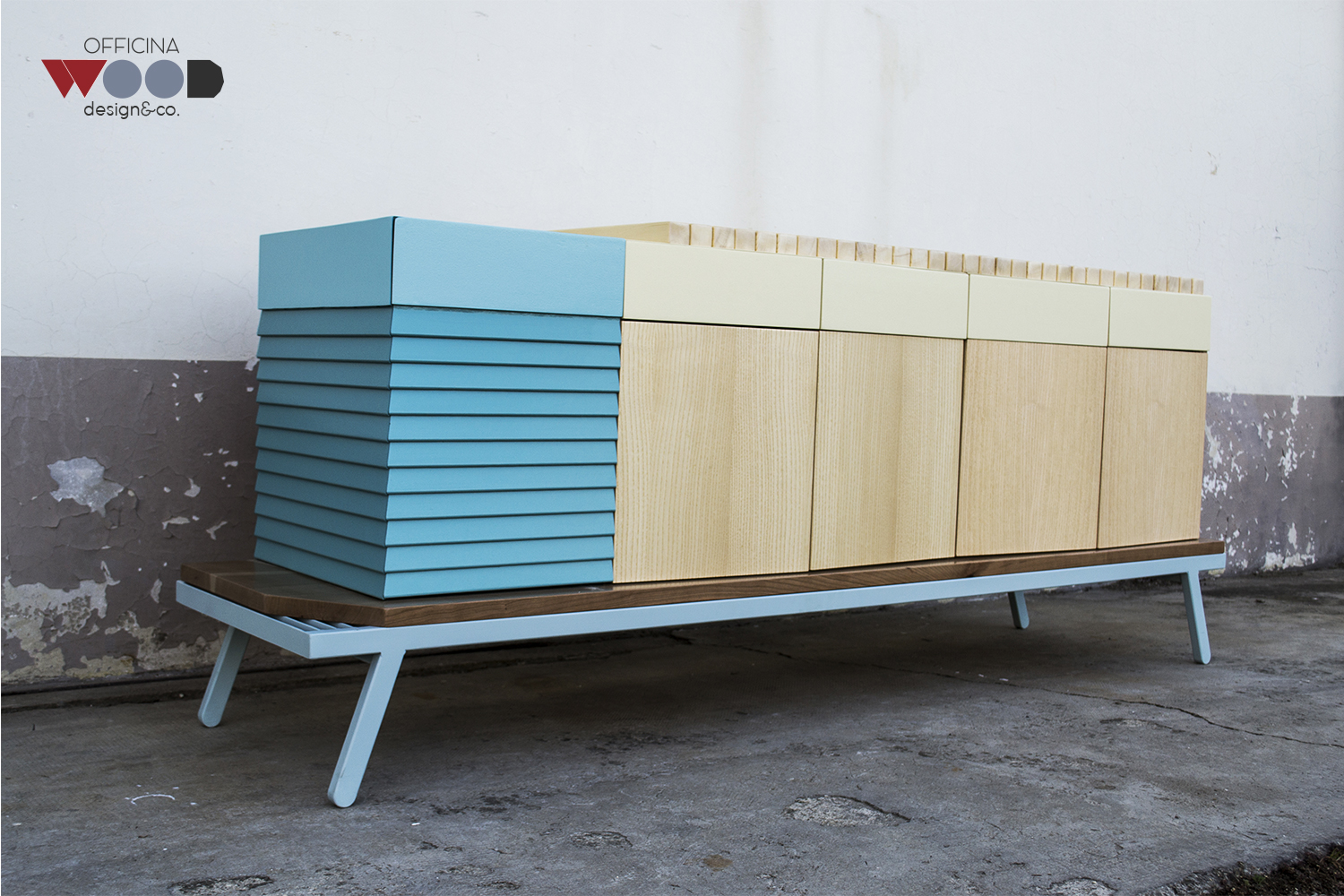 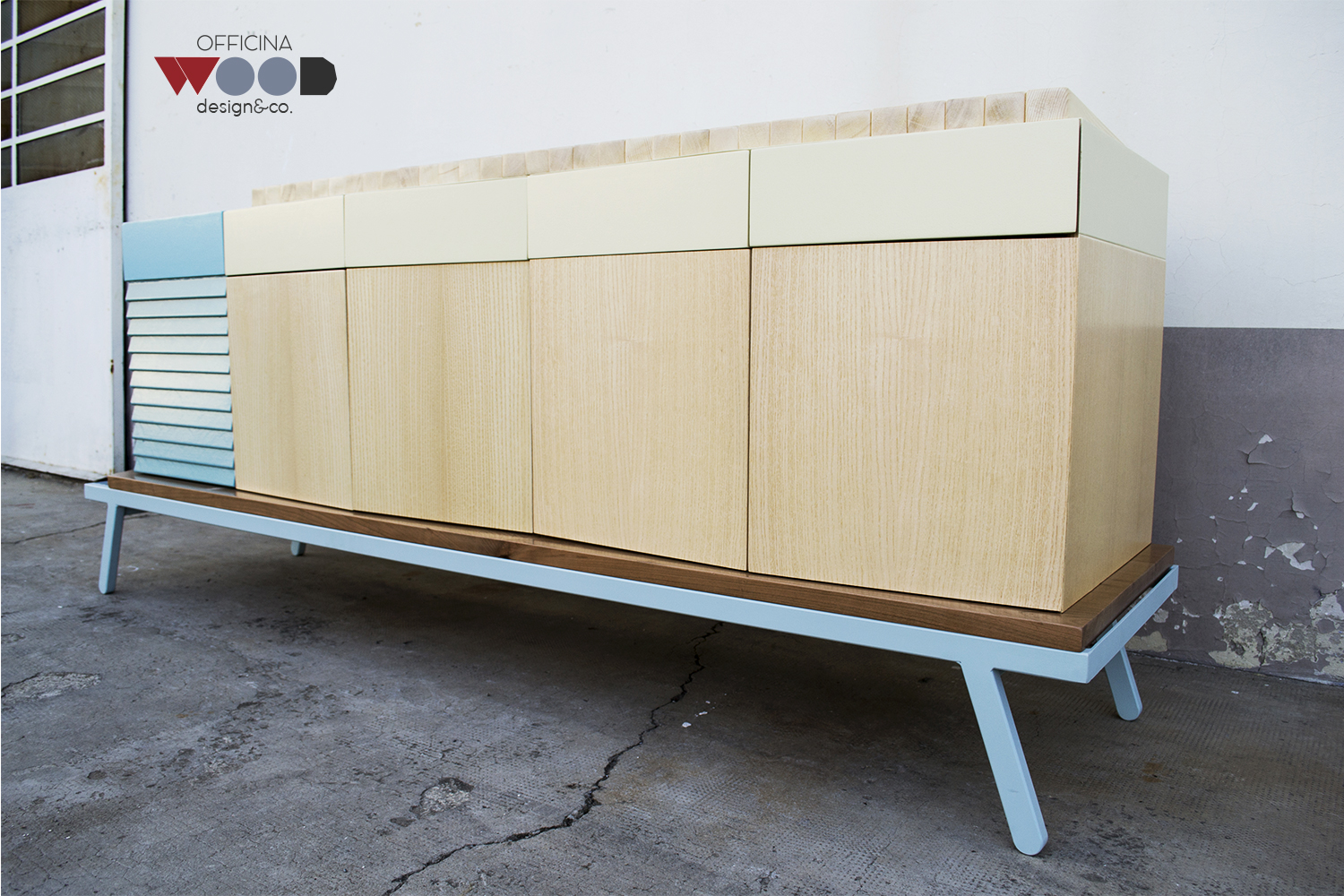 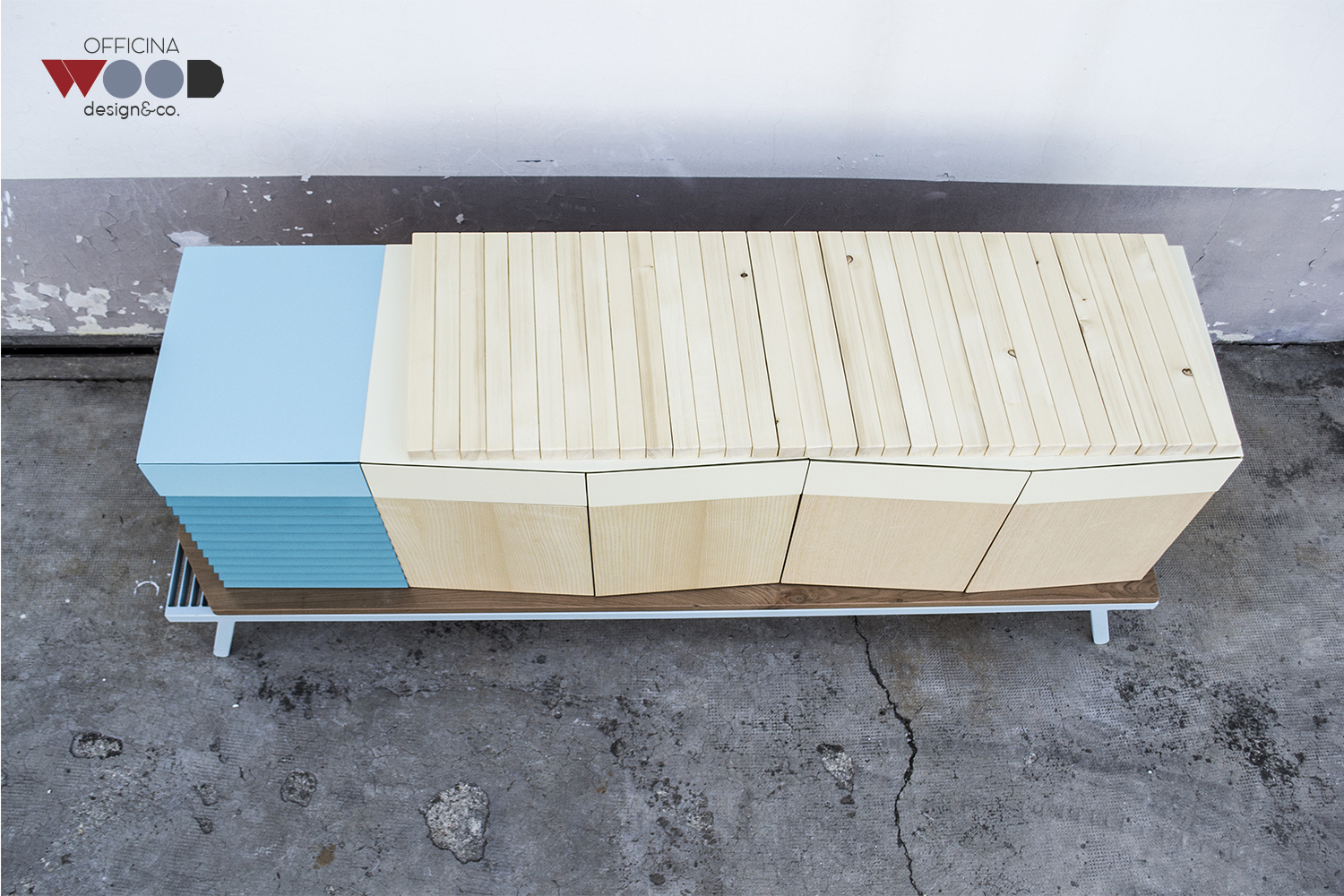 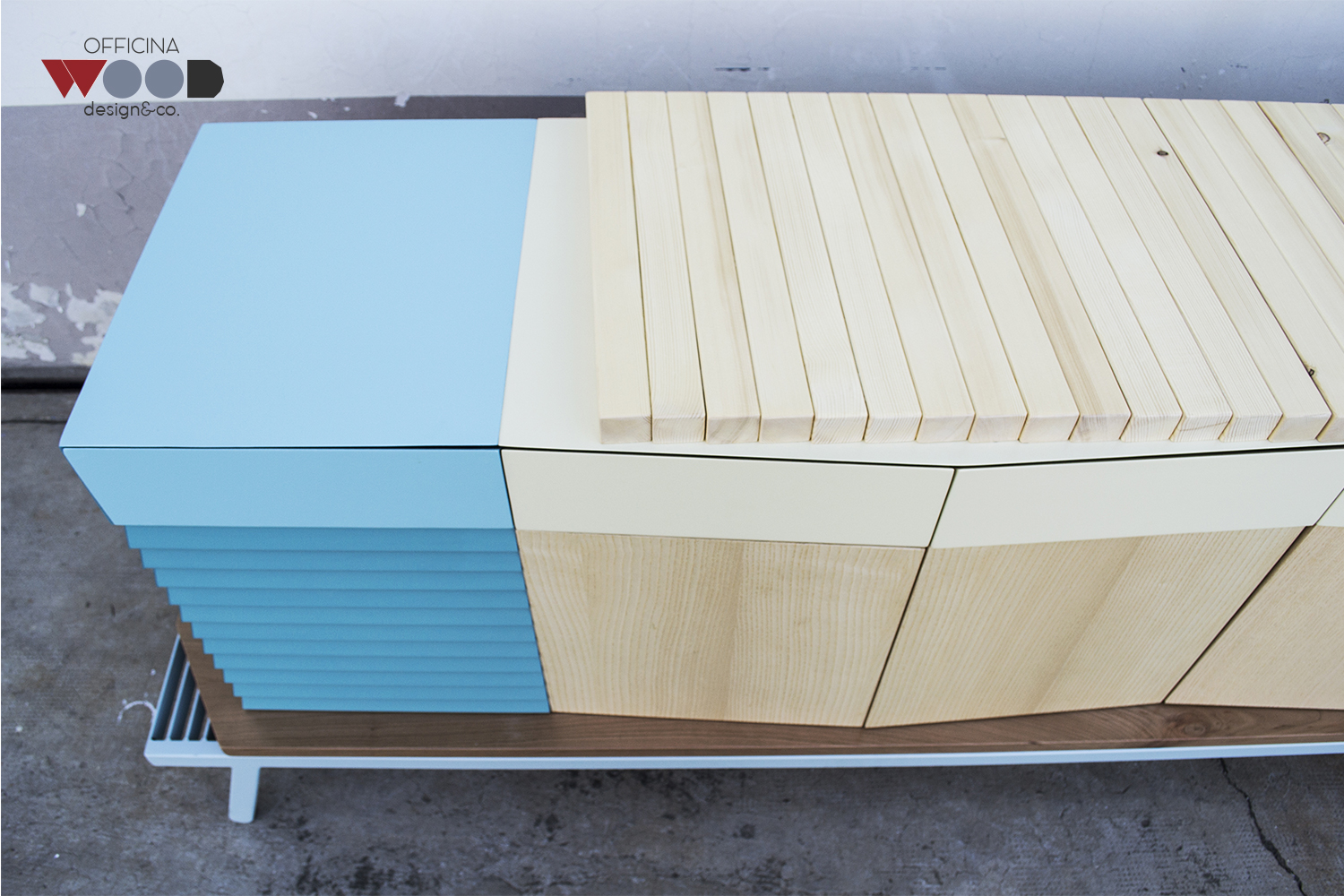 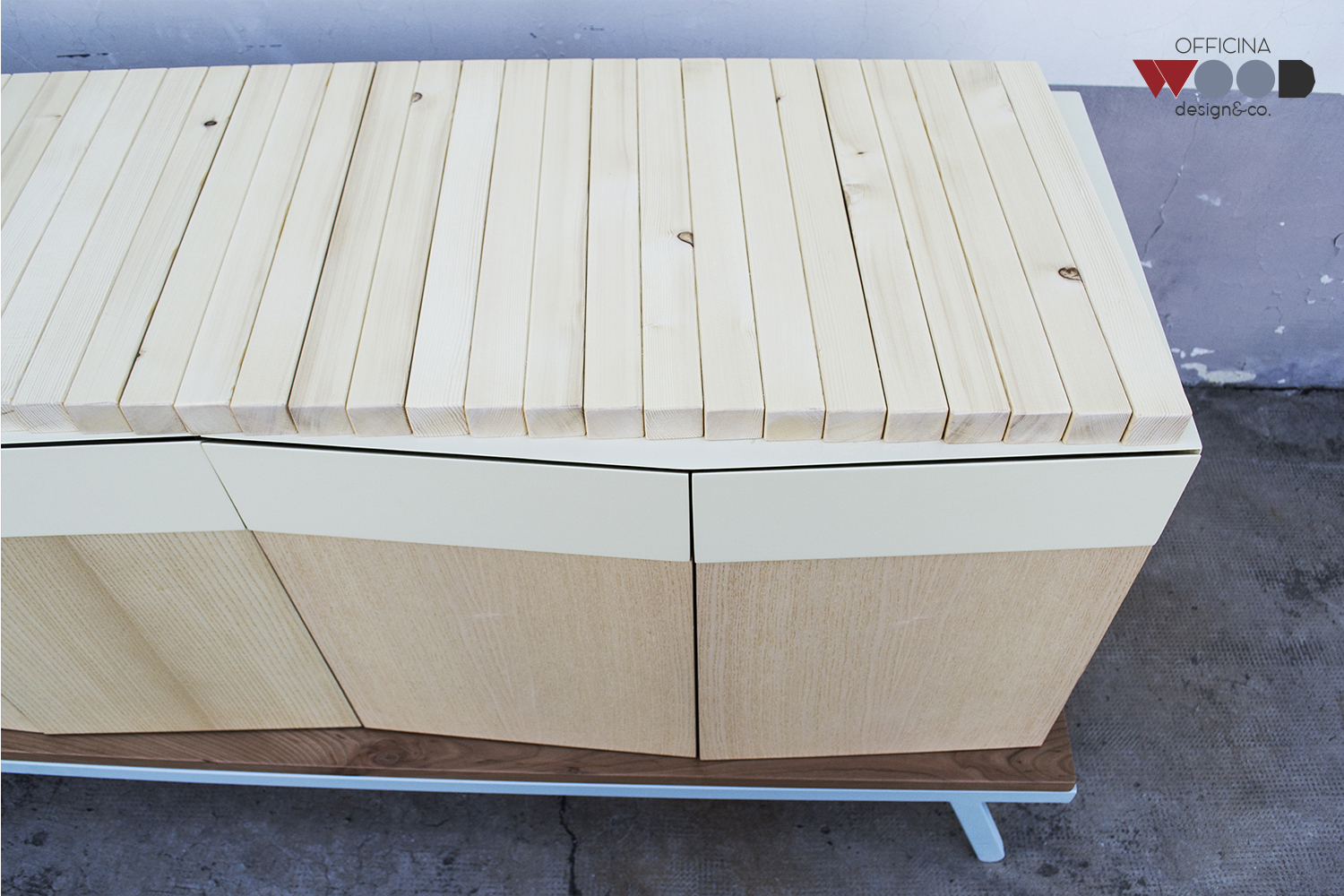 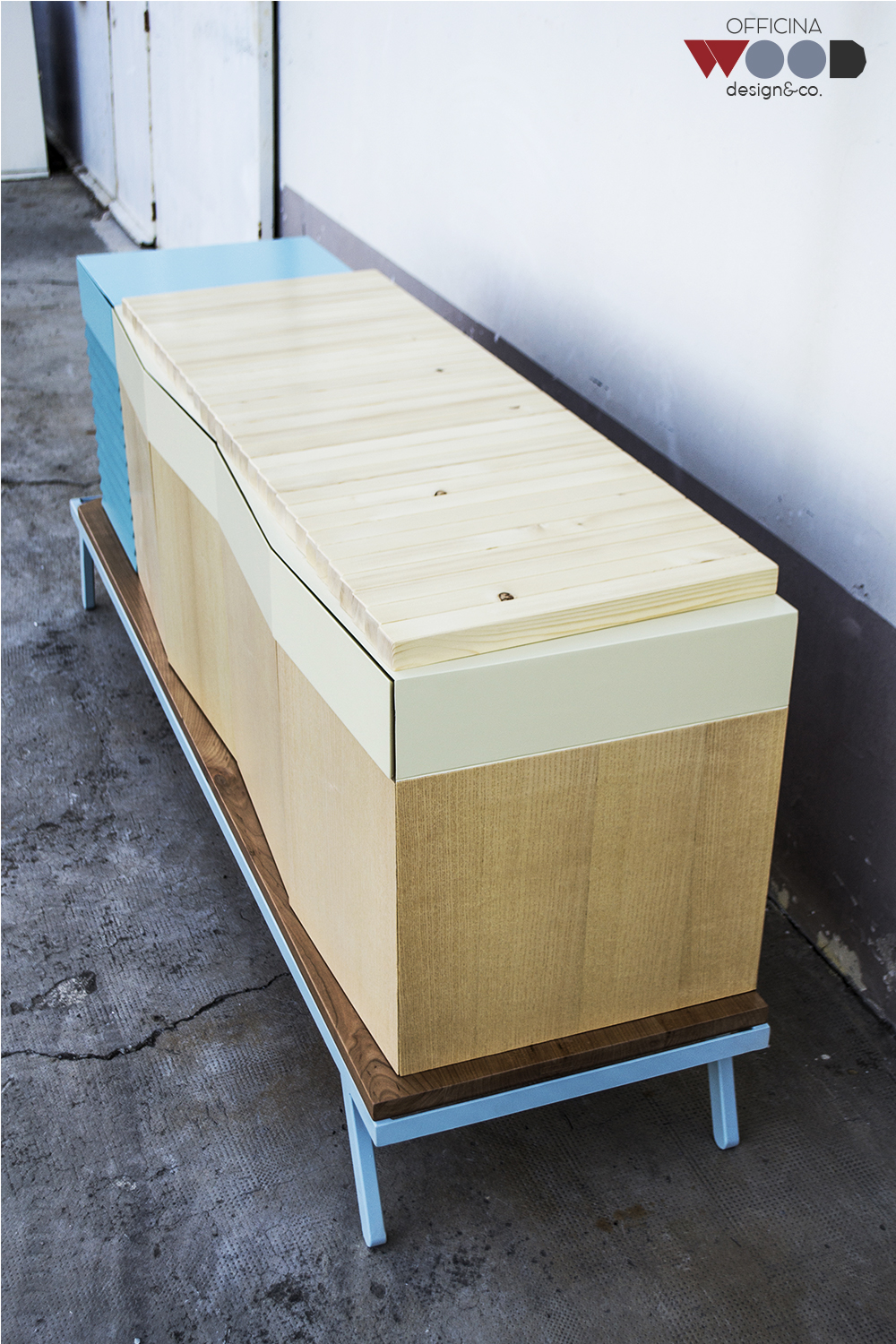 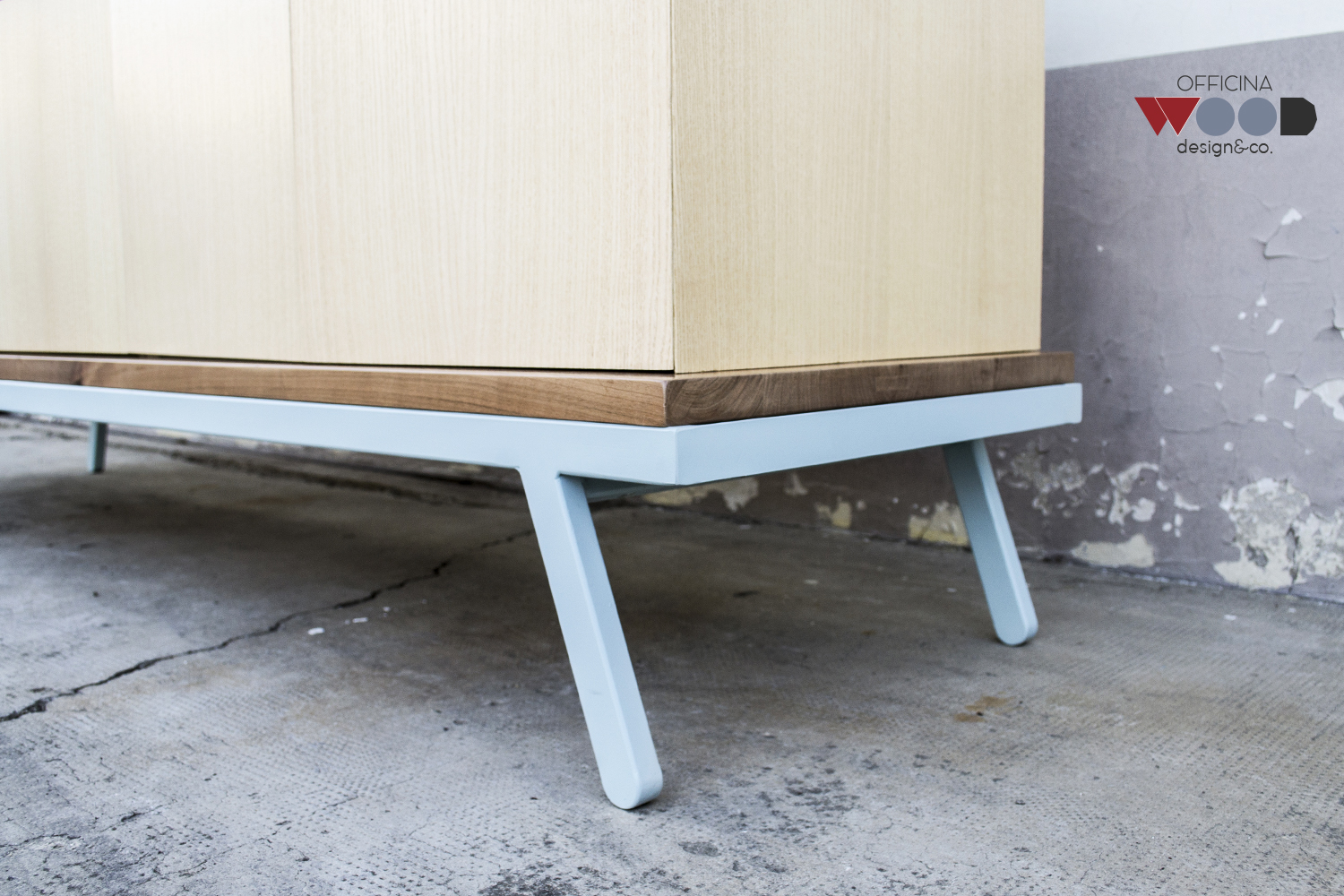 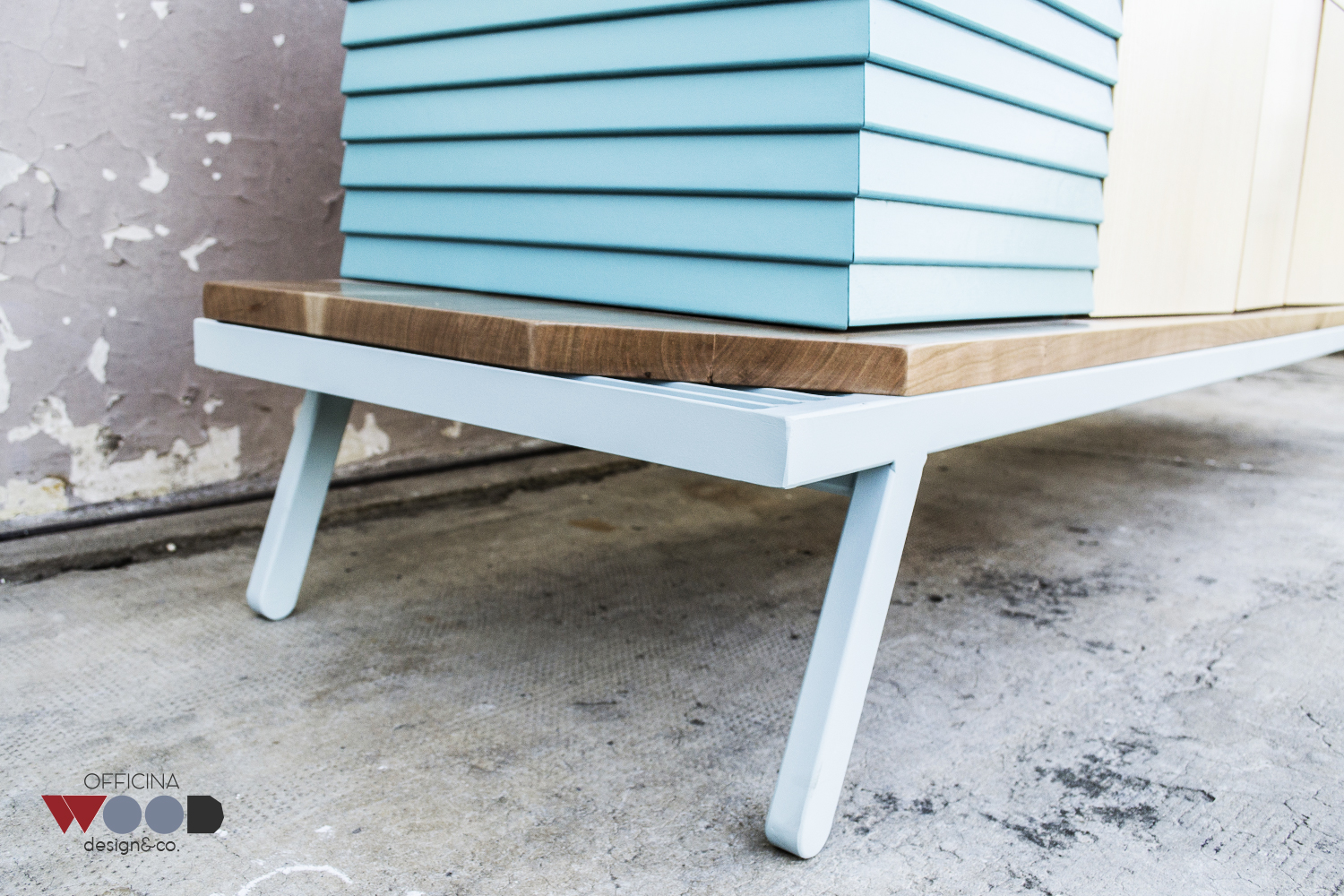 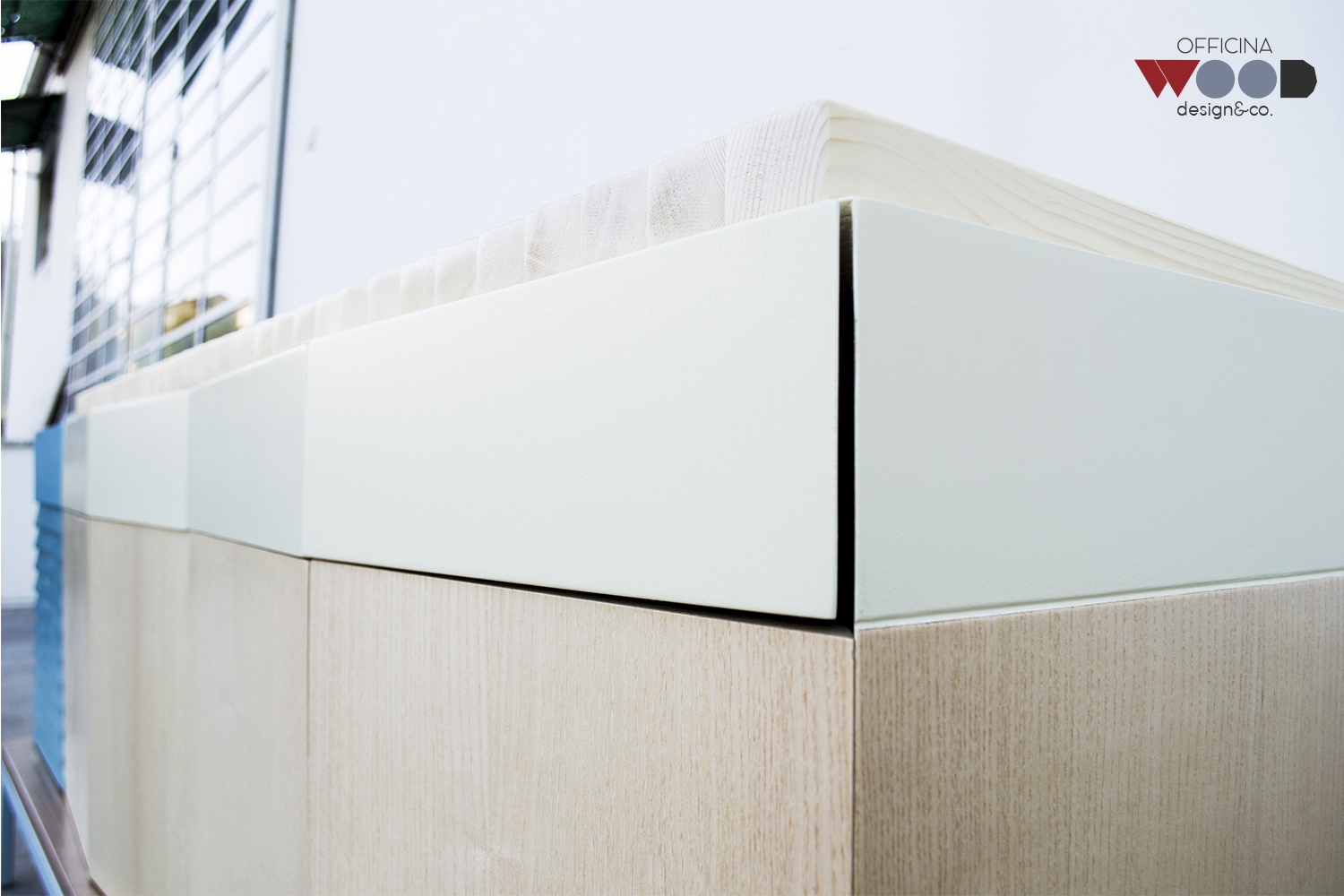 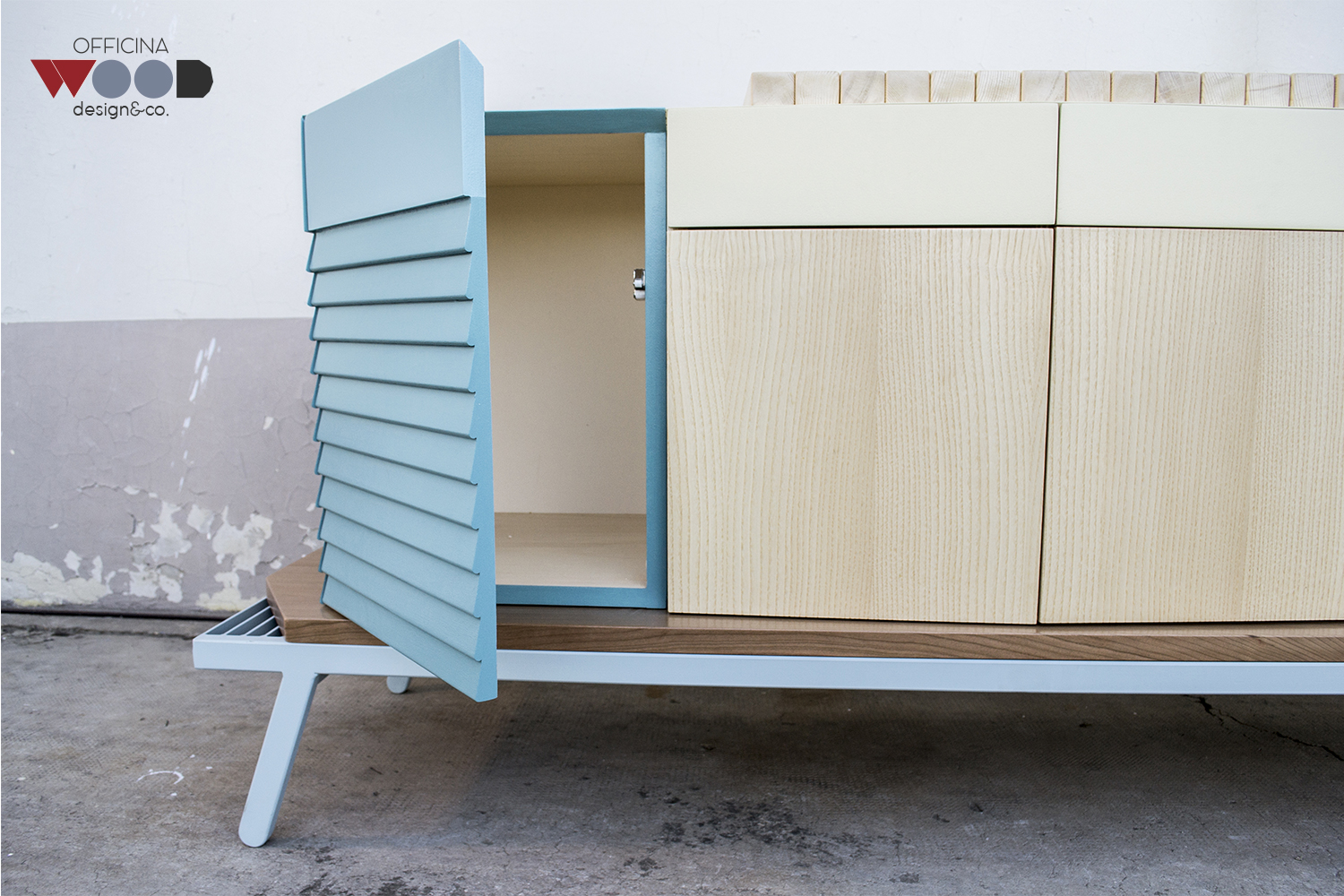 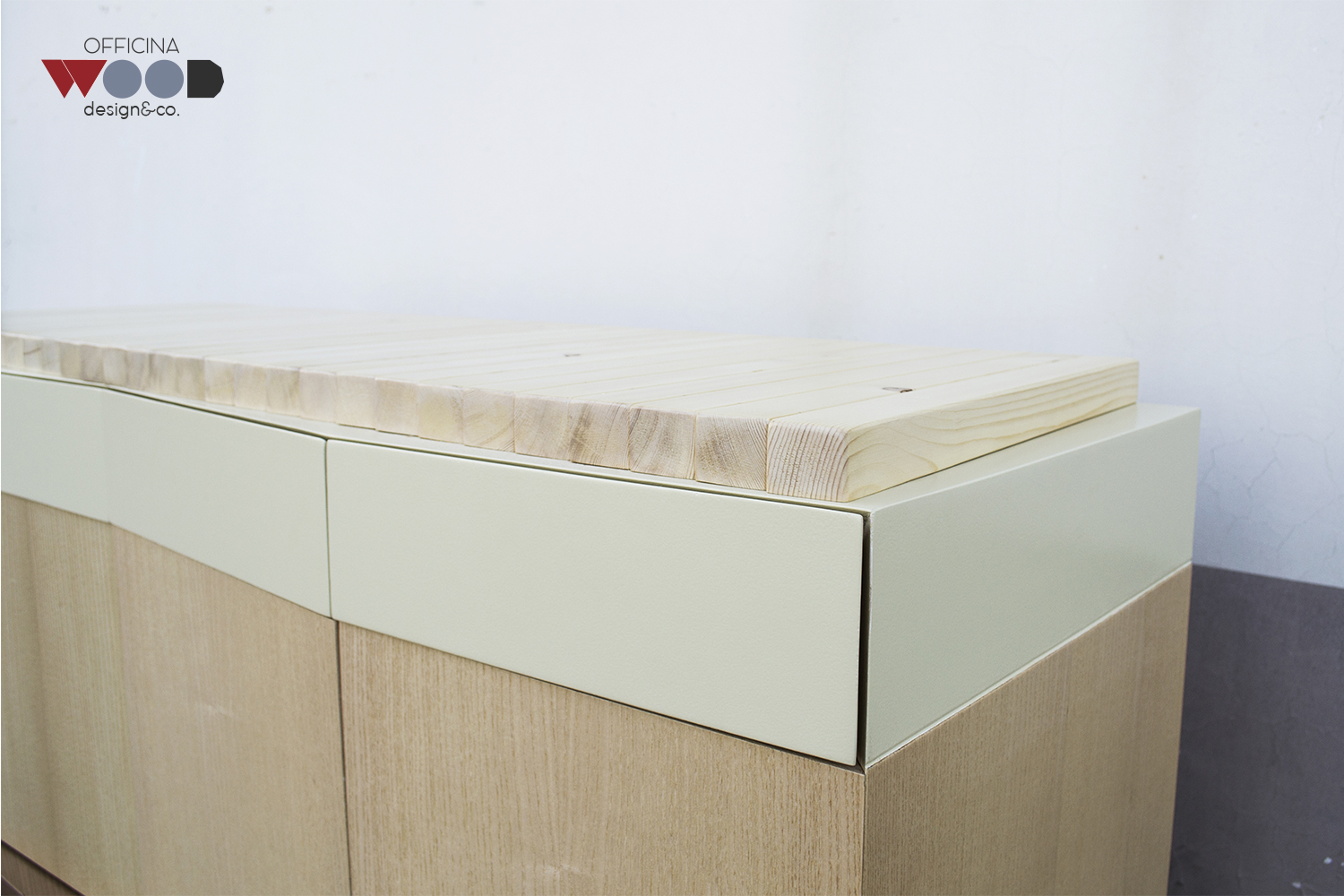 It is an inland scenery, the inverted image of a landscape of many low hills resting on the thin blue-green line is the horizon of the peasant summers full of sun, and above that the sky-line and two-cylinder grass straw on which it rests the whole weight of the monolithic campaign grigiobrune shades of ash. Are the environments that appear when you start from Rimini, with his back to the sea, to reach the hill, or more commonly the Grepp, and you go there to reflect and or simply to breathe. For Agre-stick there you go especially to eat.

Produce an unstable sense of balance slender legs and clay-colored beech sticks, in a shangai of iron and wood elements culminating in the massive ash plan that seems to be suspended, and even more is lightened when opening two robust drawers, hidden on the short sides; on the sides of the drawers you can support the two plans from trapezoidal profile, and so you can sit at the table in 12 people. 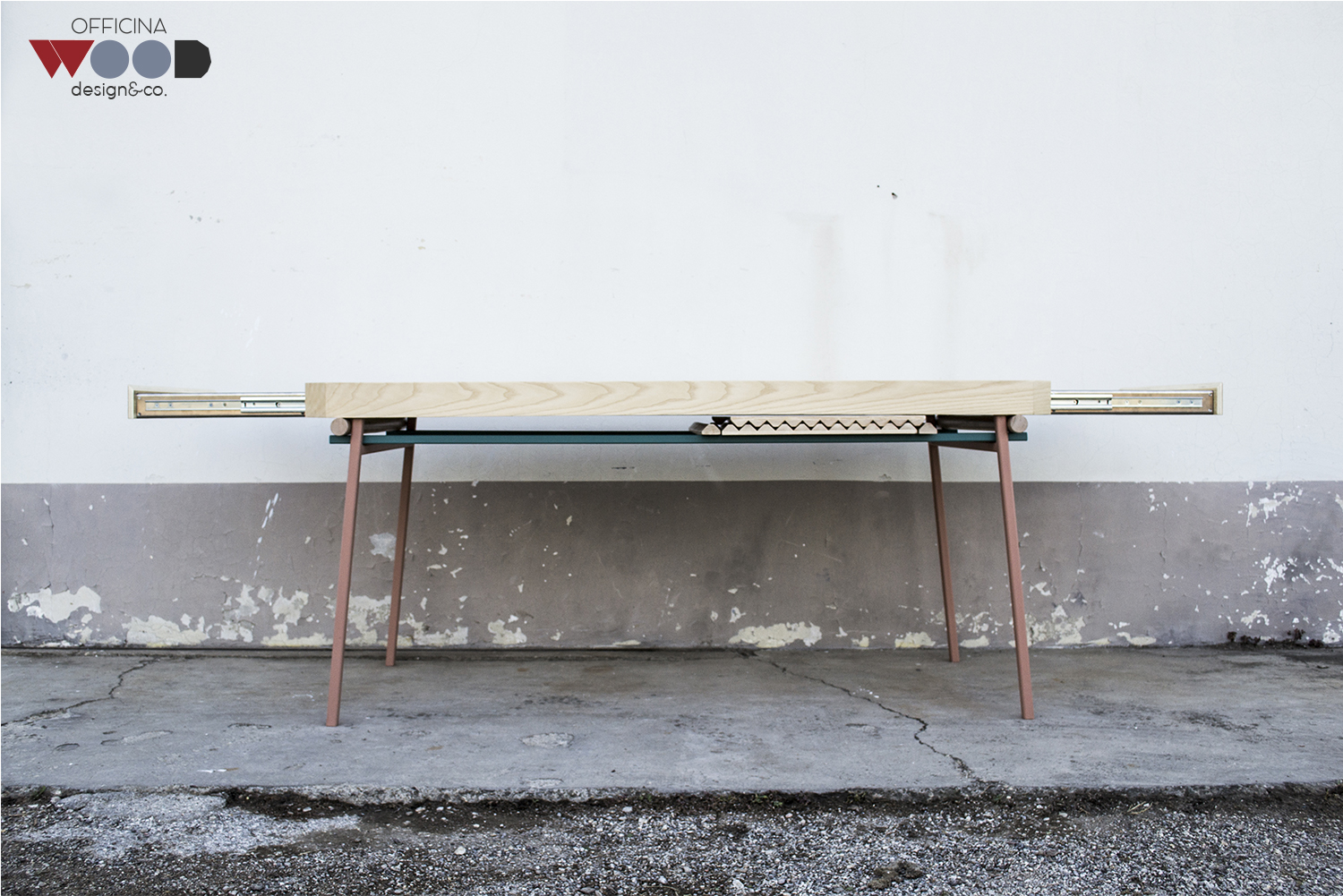 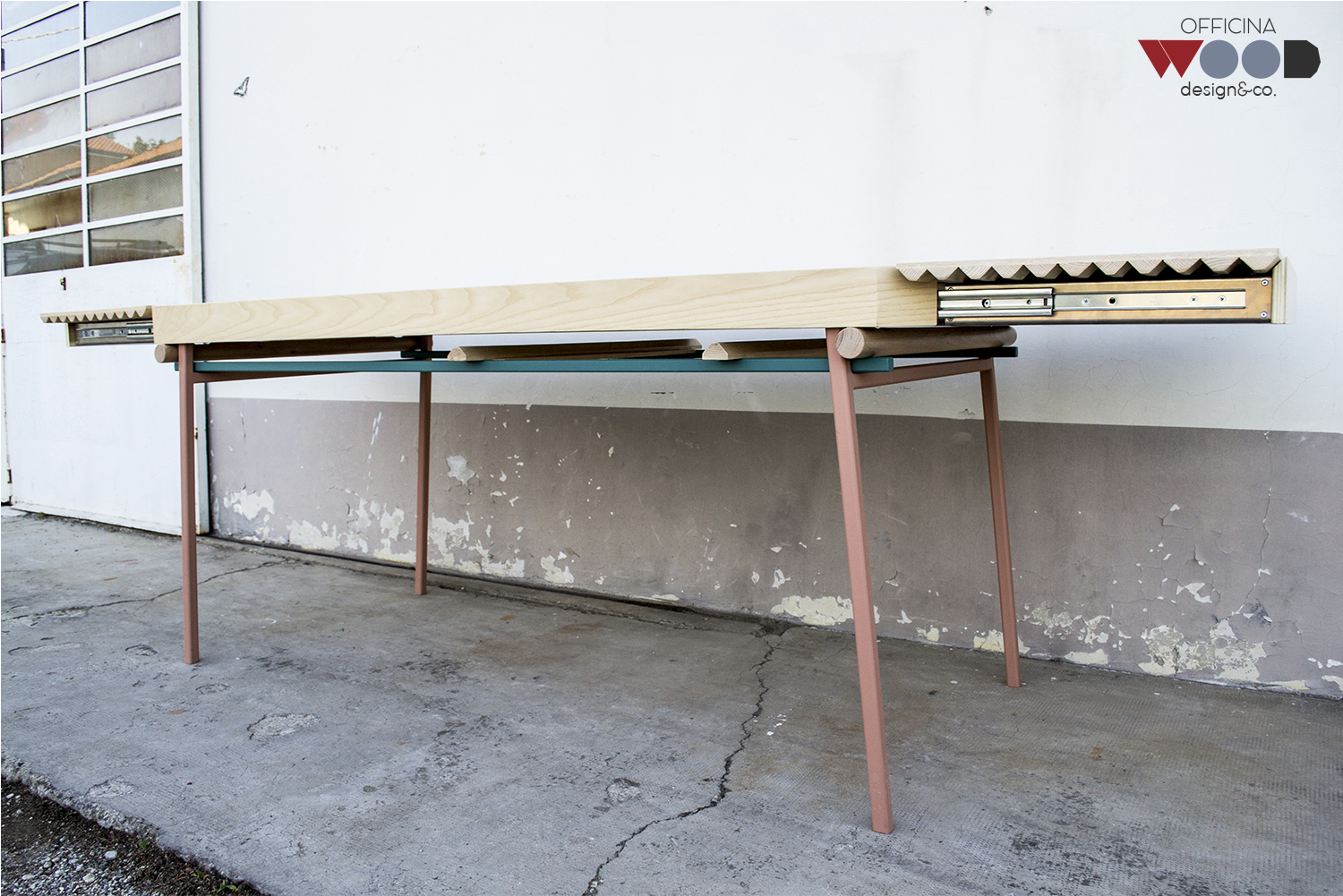 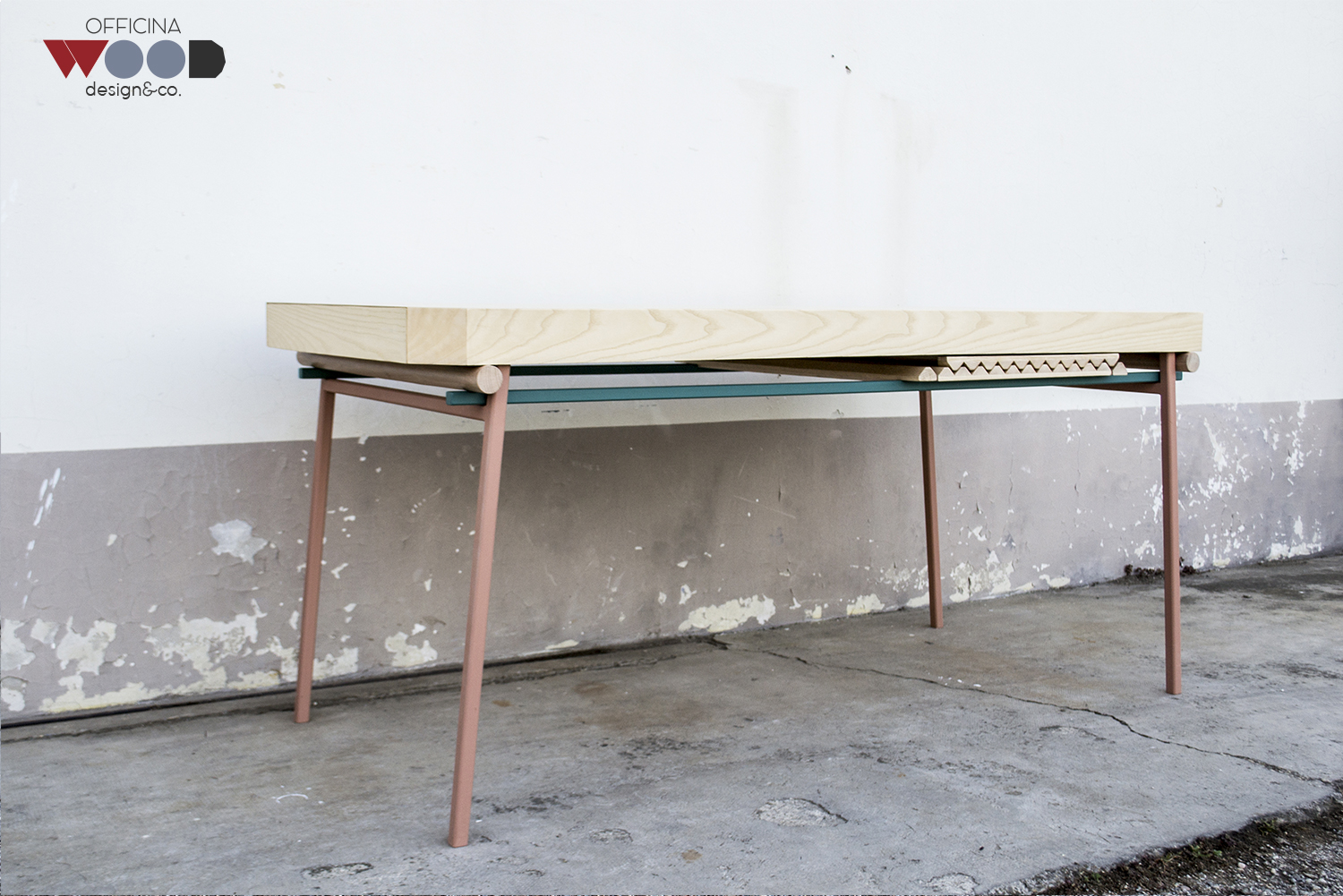 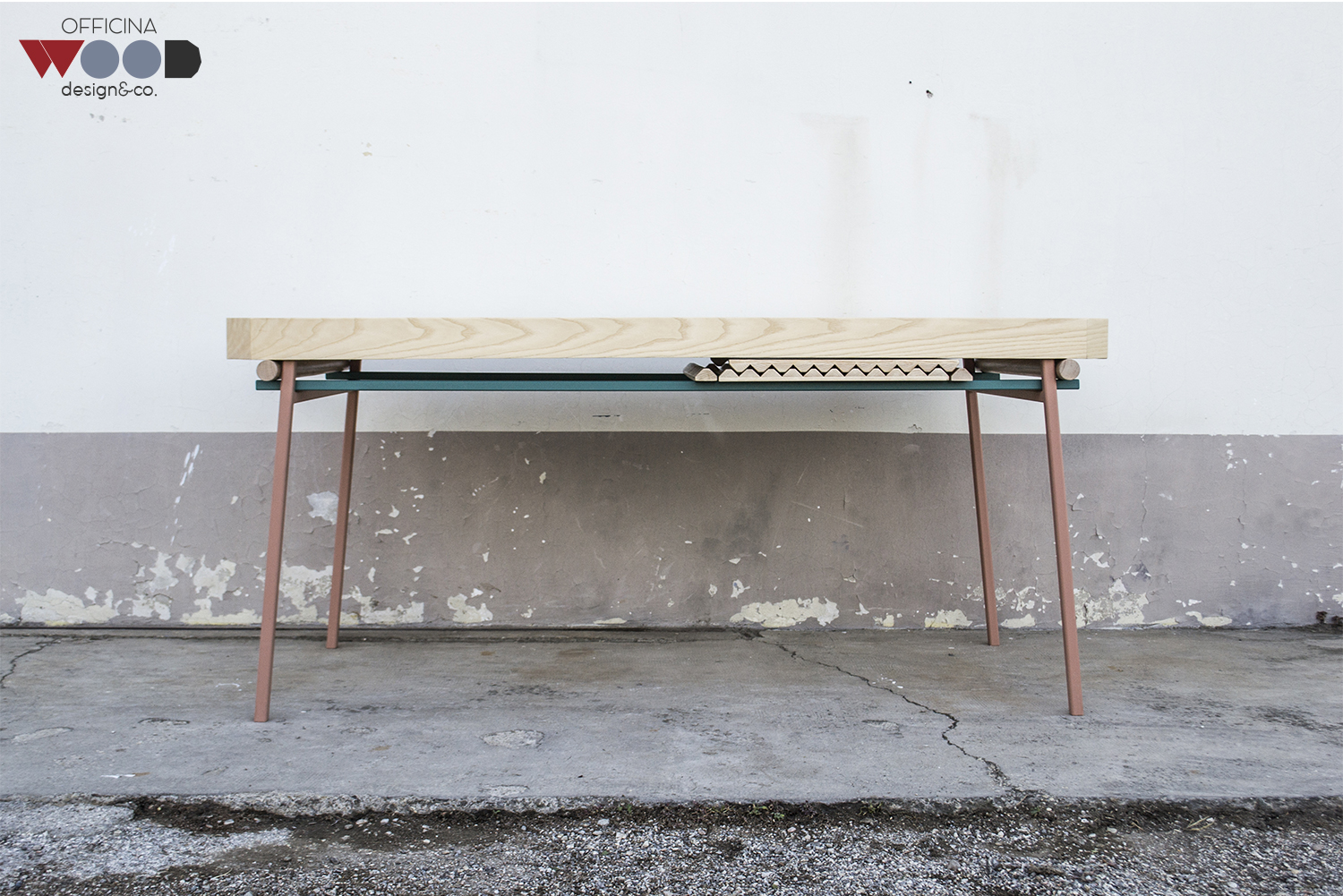 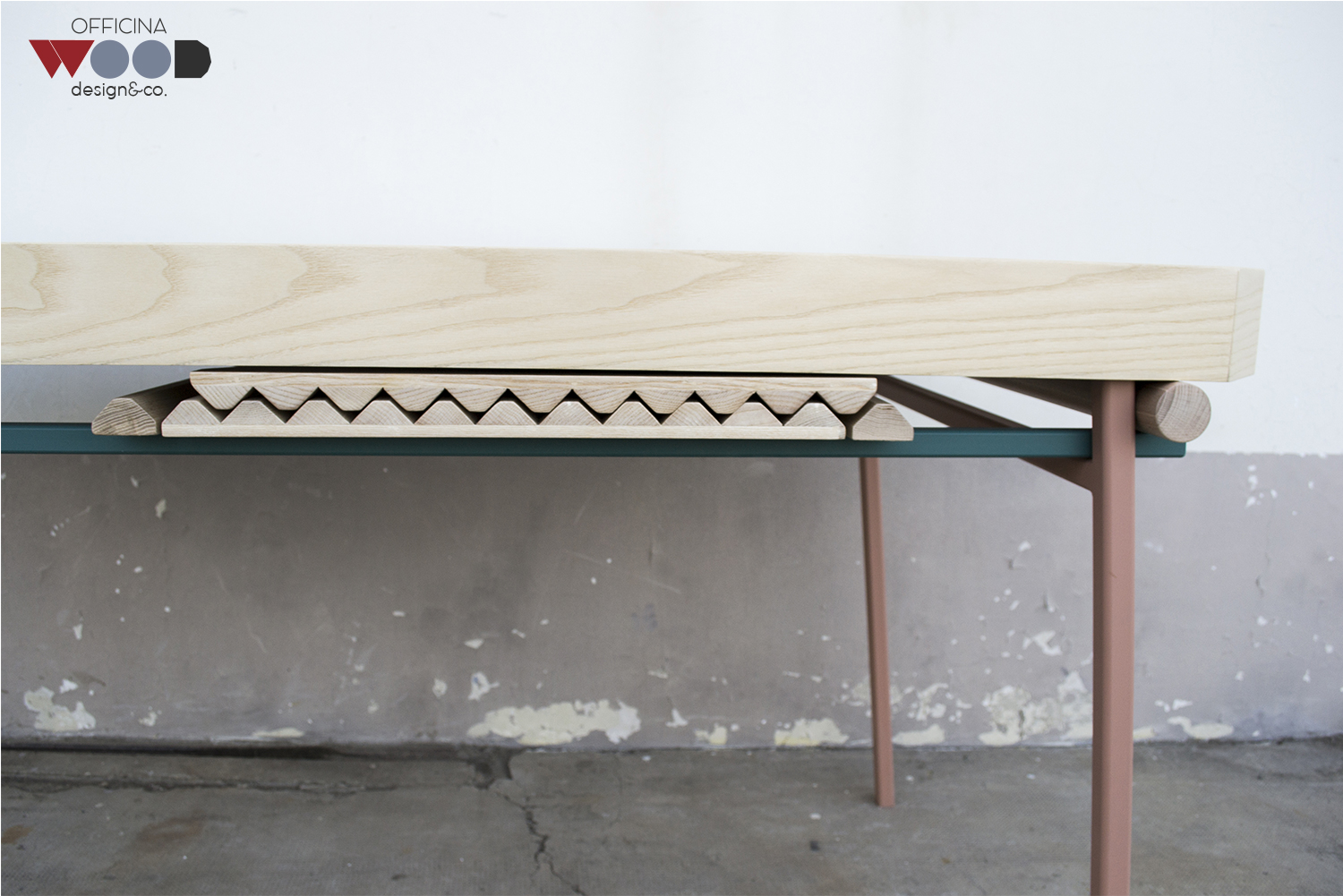 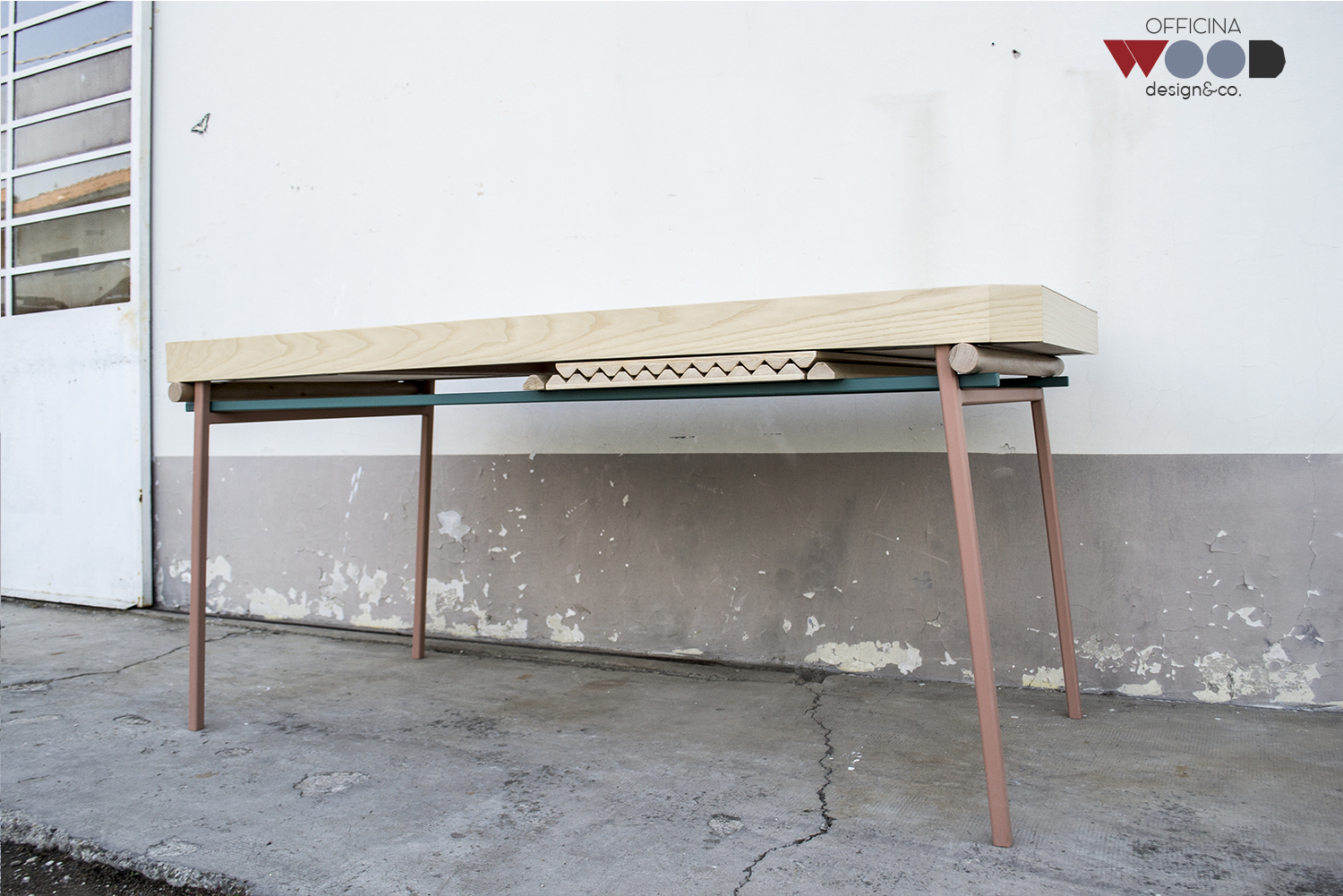 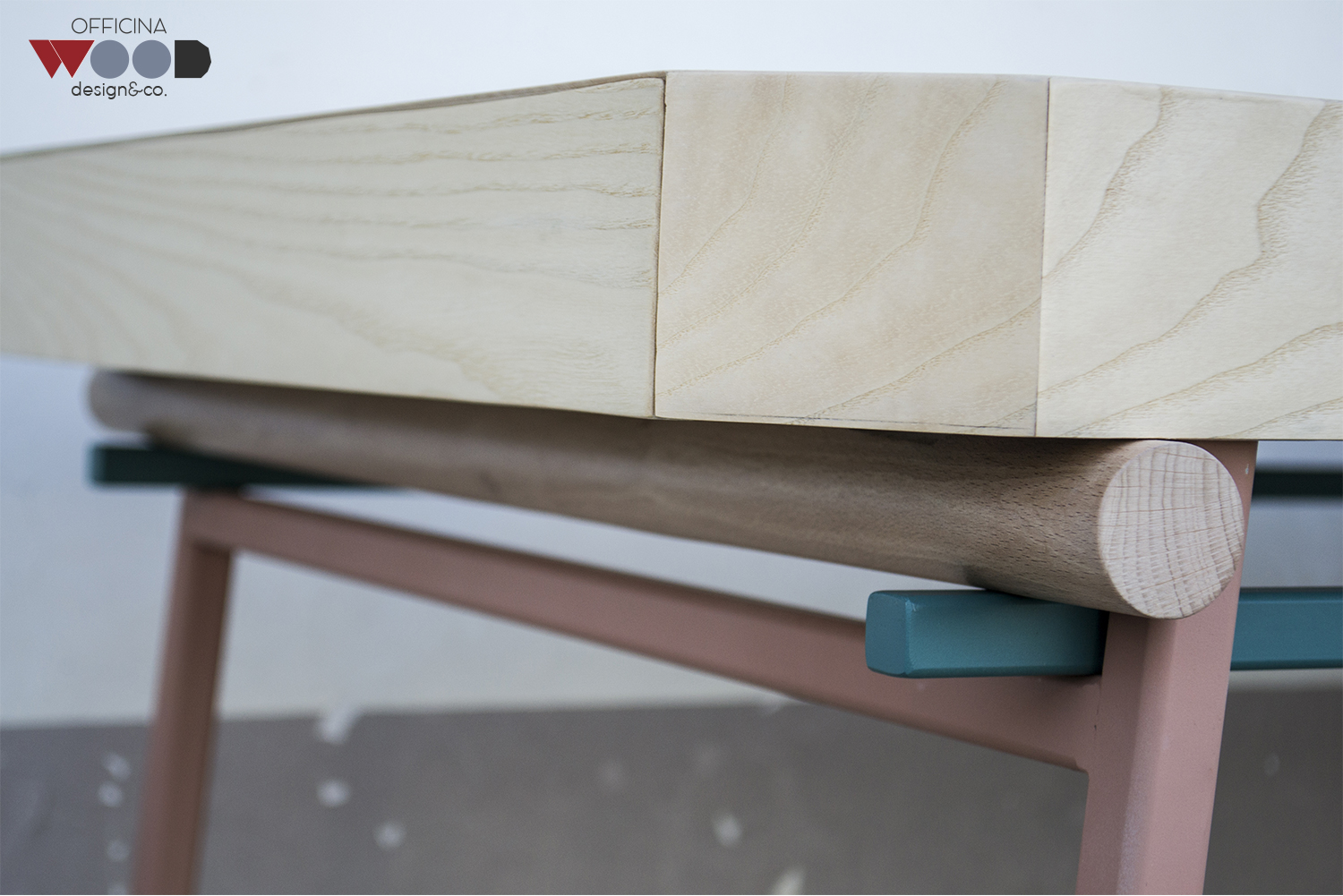 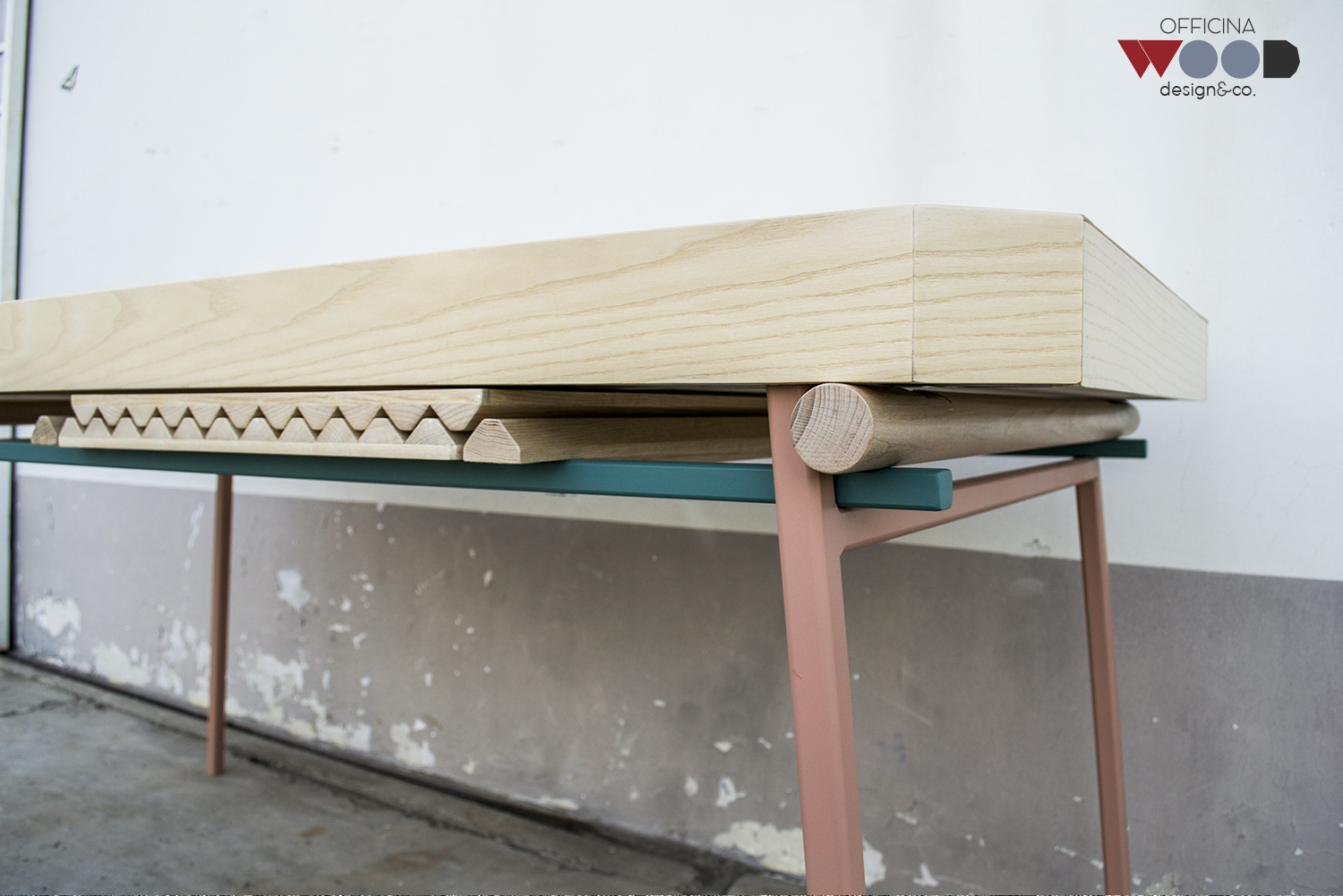 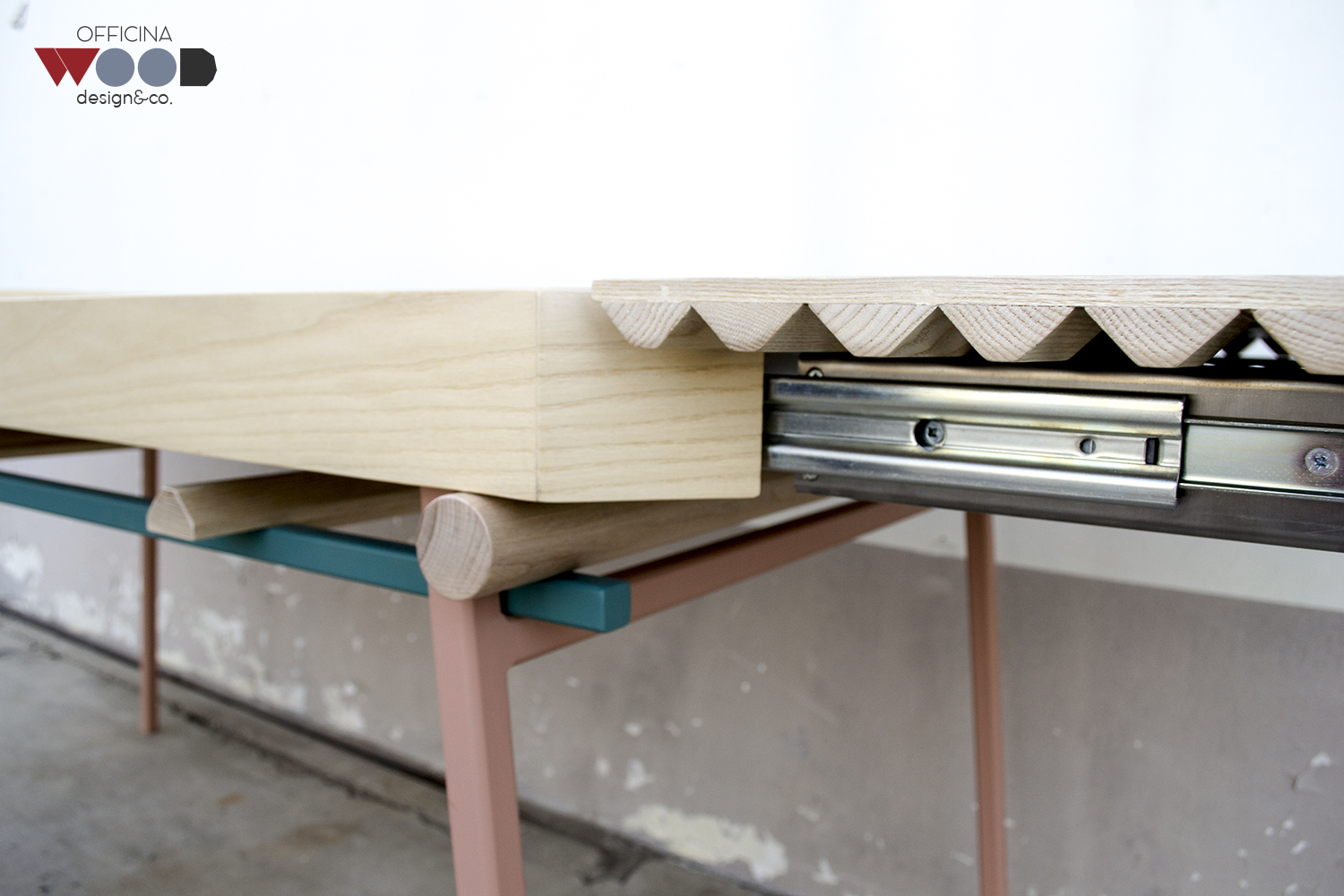 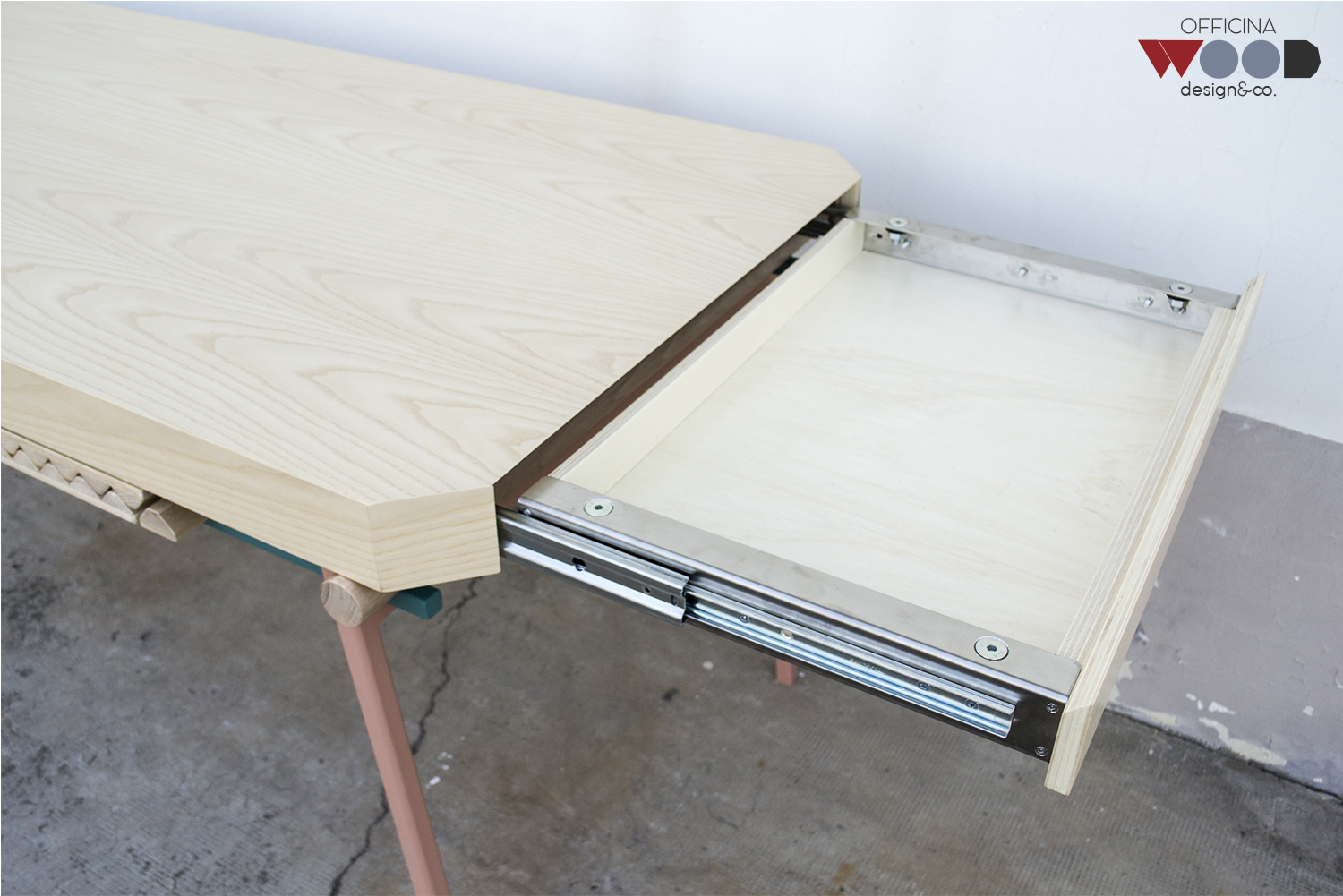 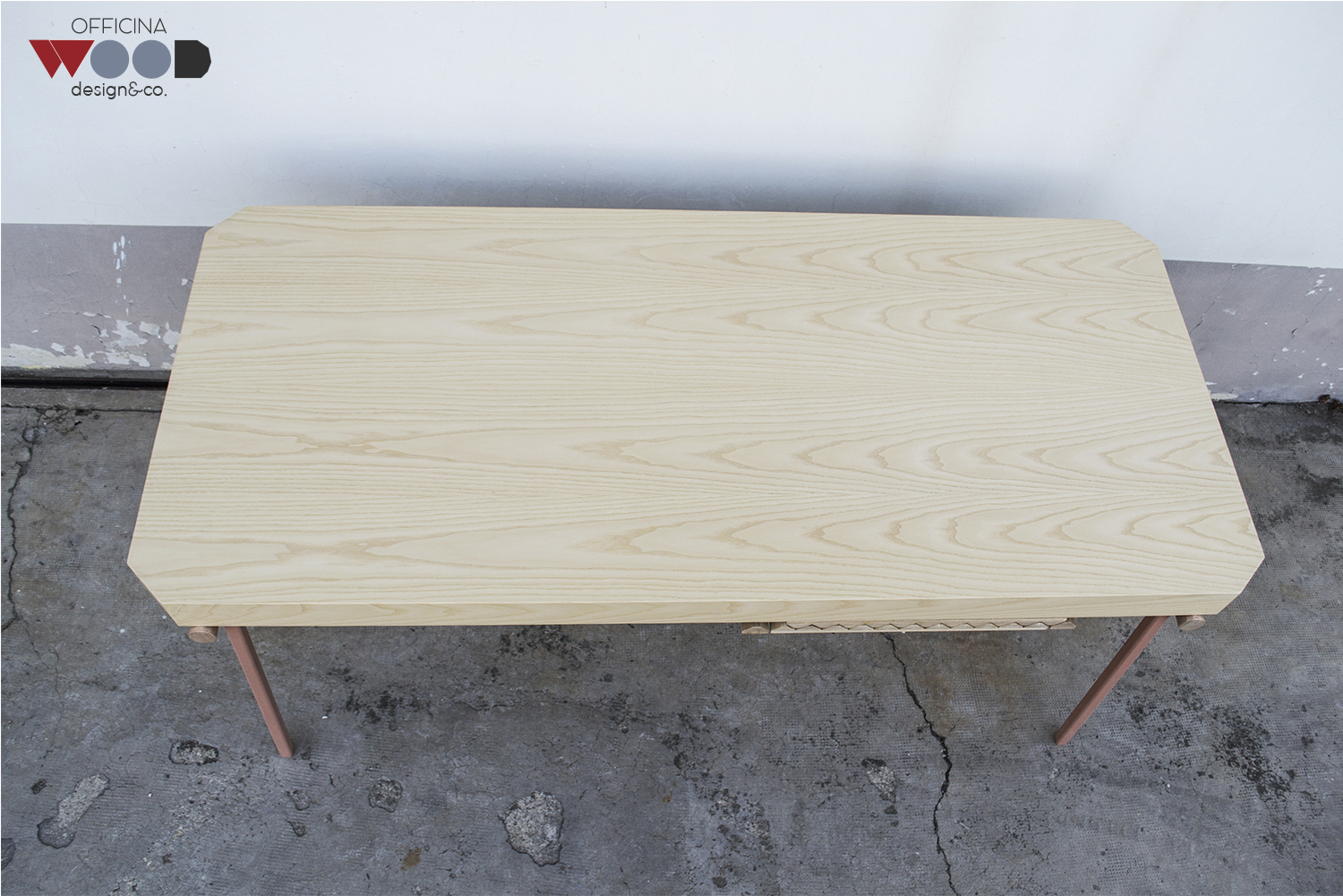 View all articles by leilasade