Antrax bioethanol or wood fireplaces: the archetypal emotion of fire it has been modified: 2015-10-15 di Benedict Flowers

Bioethanol fireplaces or wood antrax they revive the archetypal emotion of fire. Cuddling on the sofa wrapped in a soft blanket and watching small flames crackle is one of the archetypal desires that is renewed at each start of the autumn season.

Anyone who imagines a domestic nest where a restful fire is lit, to enjoy it in total solitude or to increase the conviviality of a party or a lunch with their own
family.

In the cold months, the fireplace is perceived as the heart of the house, as a vital core that radiates well-being to its surroundings; its shape must be able to enhance the view of the combustion process and all its changing evolutions, responsible for that hypnotizing effect that prevents you from taking your eyes off even for a single moment.

Precisely for this purpose, the bioethanol or wood fireplaces designed by Antrax IT were created, which focus on the theme of fire through a design inspired by some representative figures.

Maunakea, for example, is a project developed together with Francesco Lucchese that takes its cue from the classic profile of the volcano: a truncated cone that can be installed on the wall that seems to make the flames come out of the crater, giving a scenographic effect to any environment. 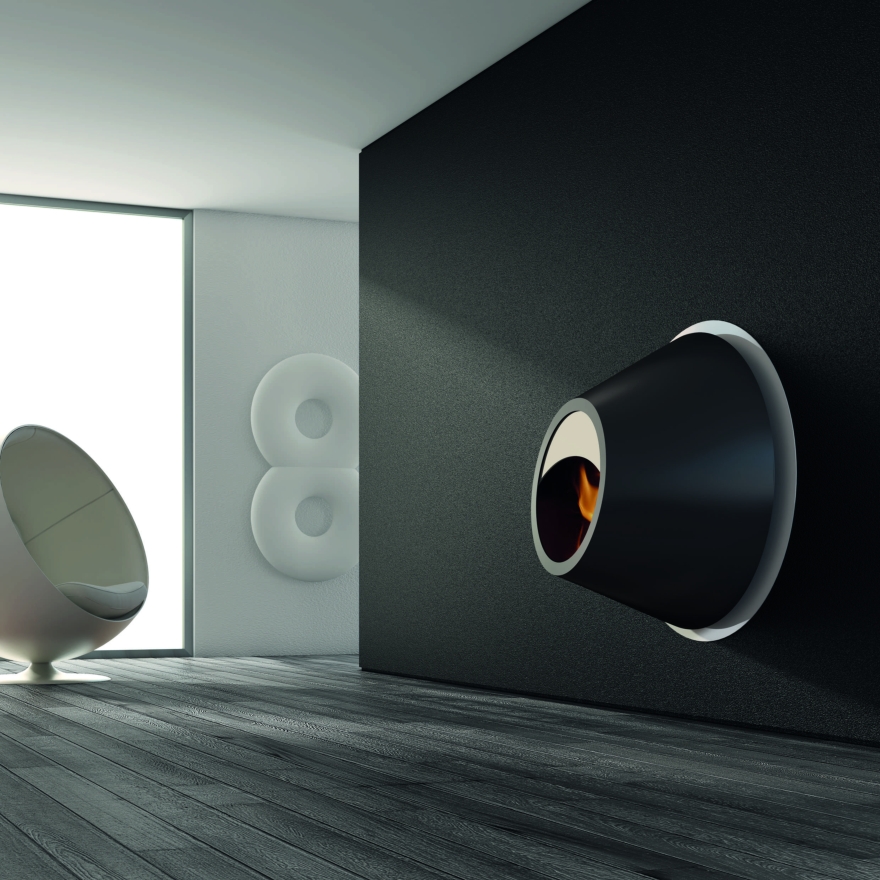 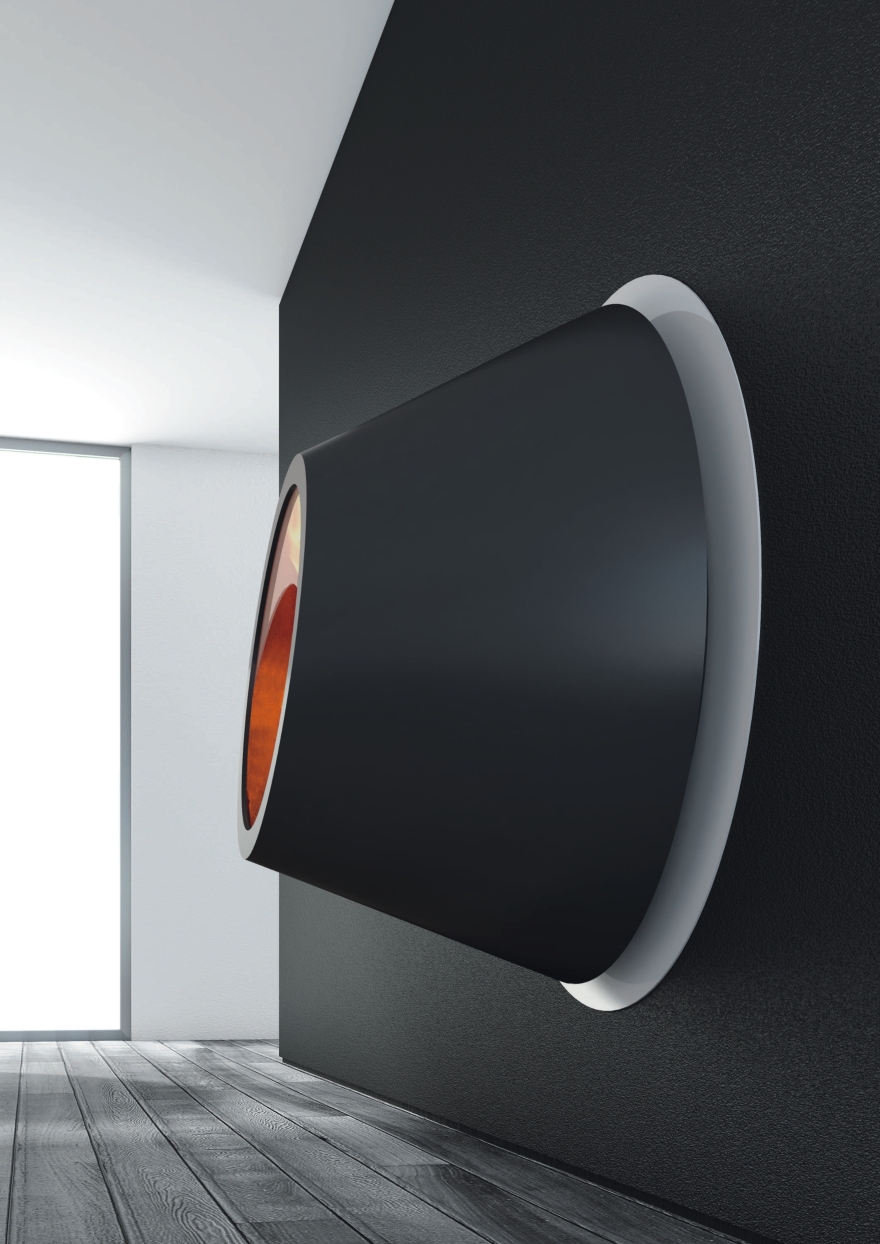 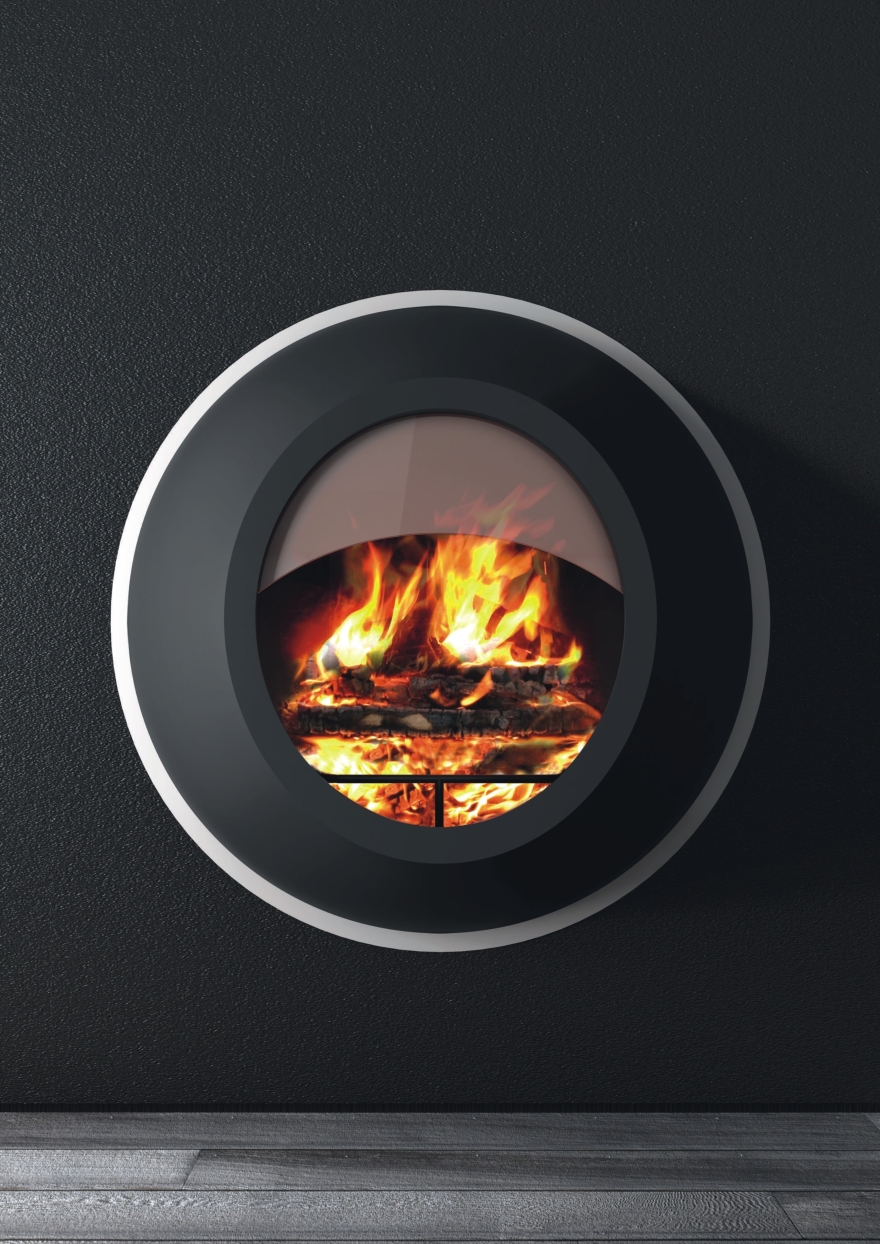 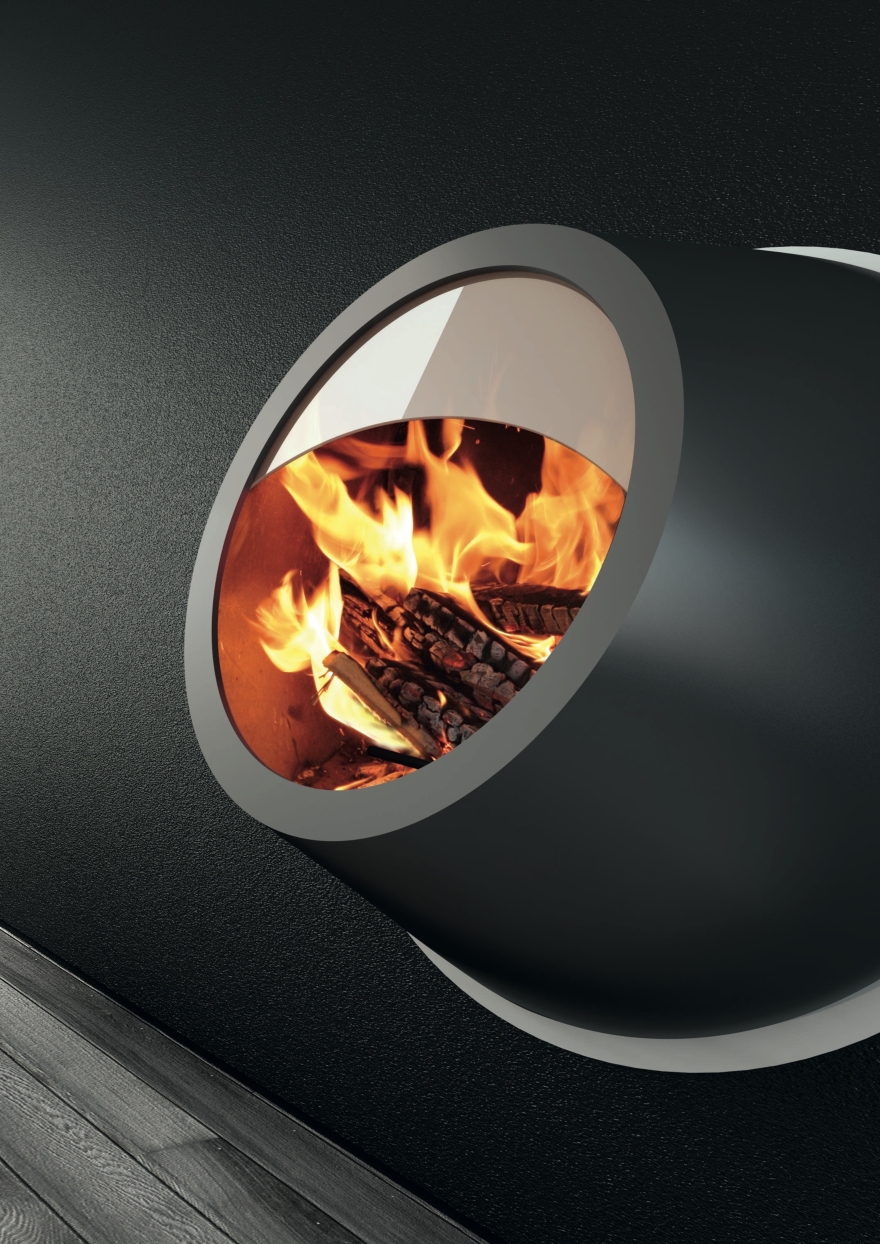 Or again Bubble, a lit metal bubble that recalls the celestial phenomena of fireballs: conceived by Andrea Crosetta, becomes a spectacular object, a piece of rare nature settled within its walls. In black steel with high temperature resistant paints, it is open and can be installed on the wall or ceiling while maintaining a strong sculptural effect. 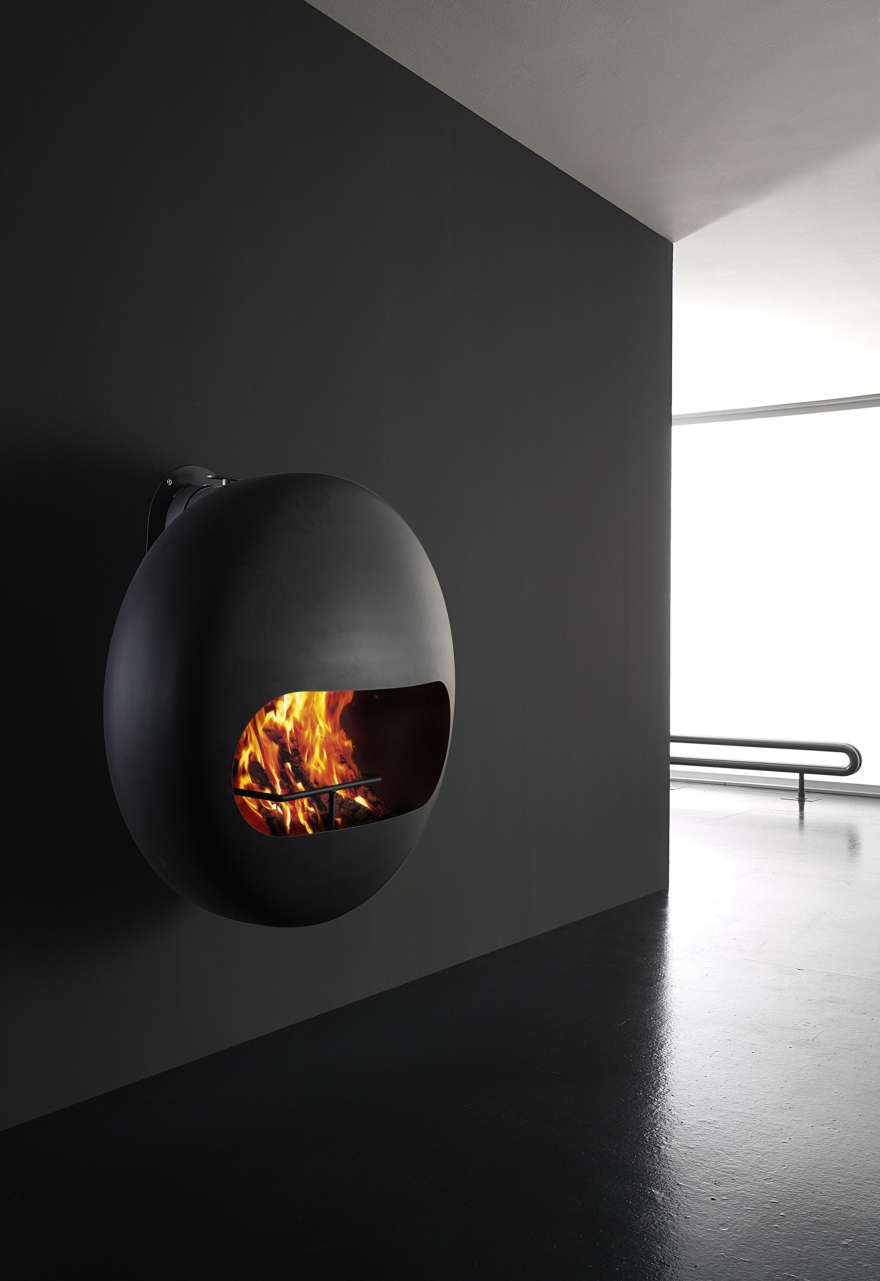 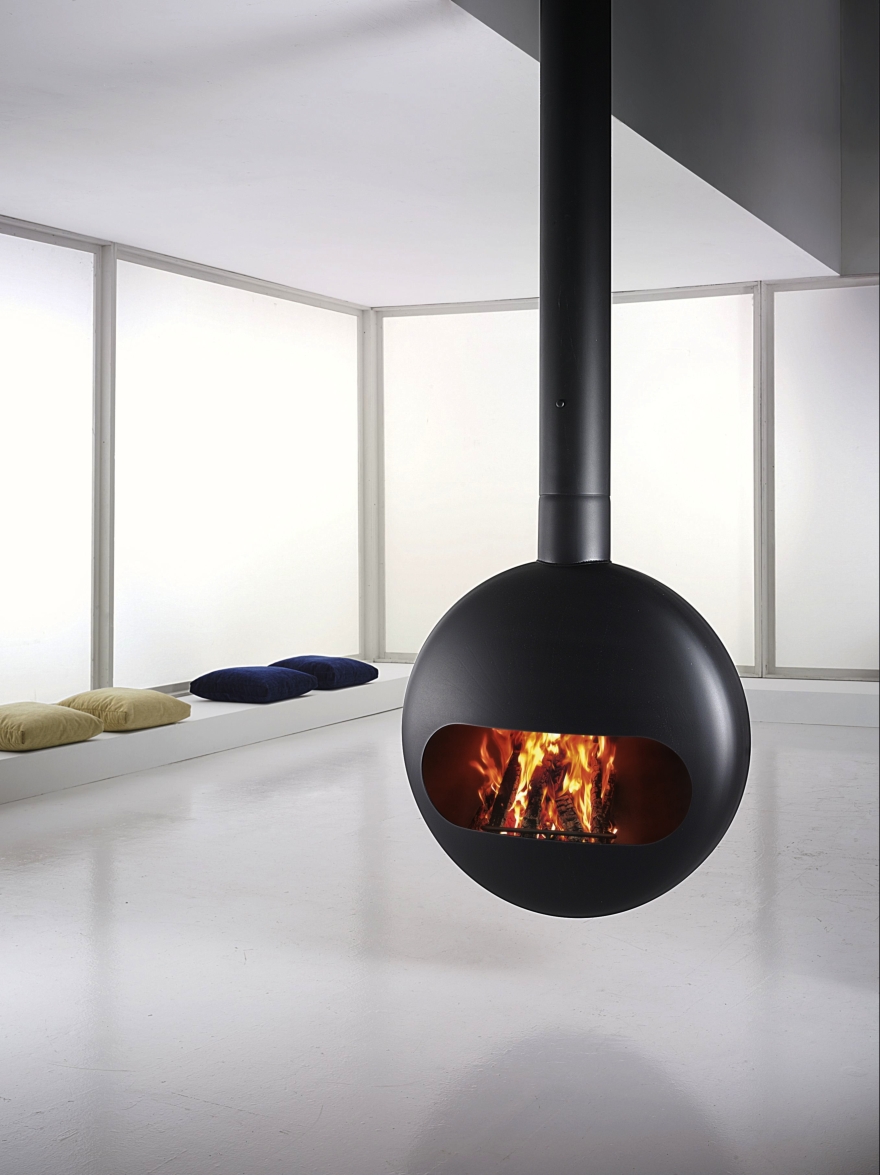 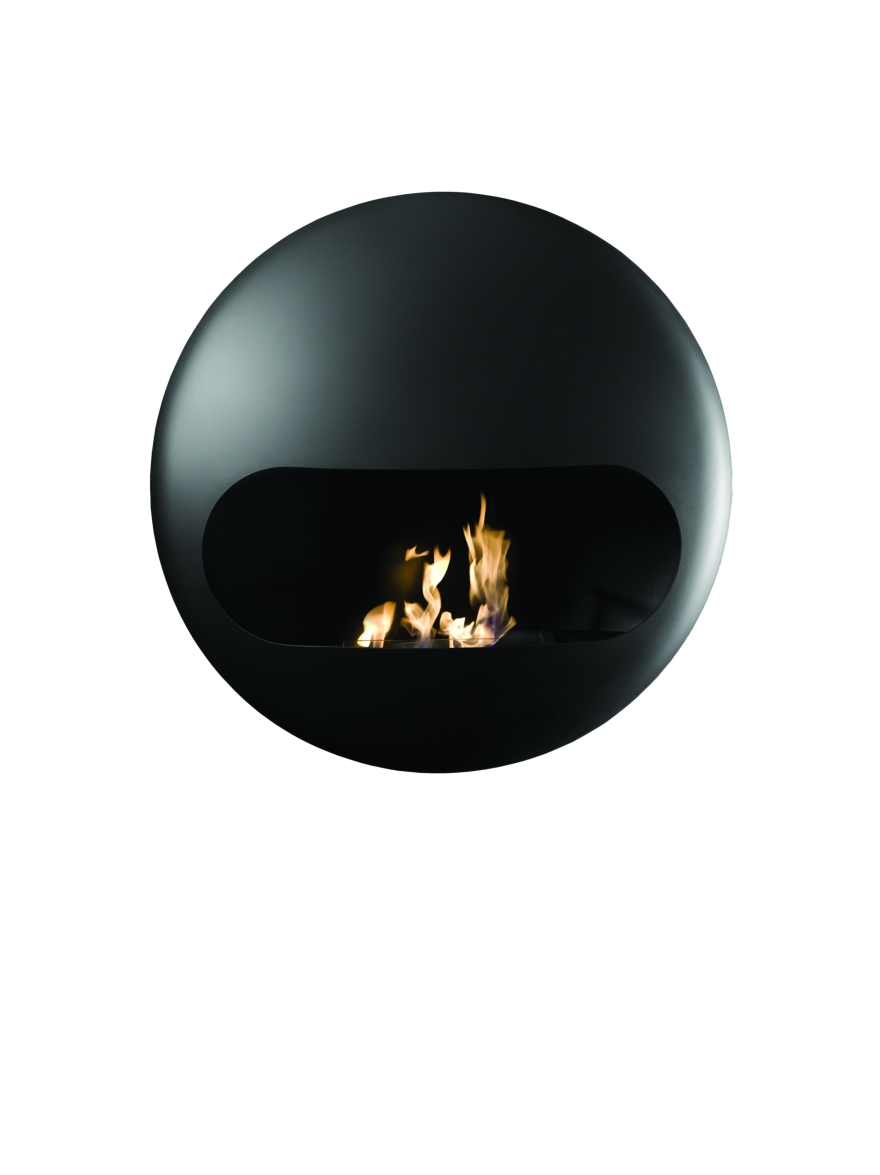 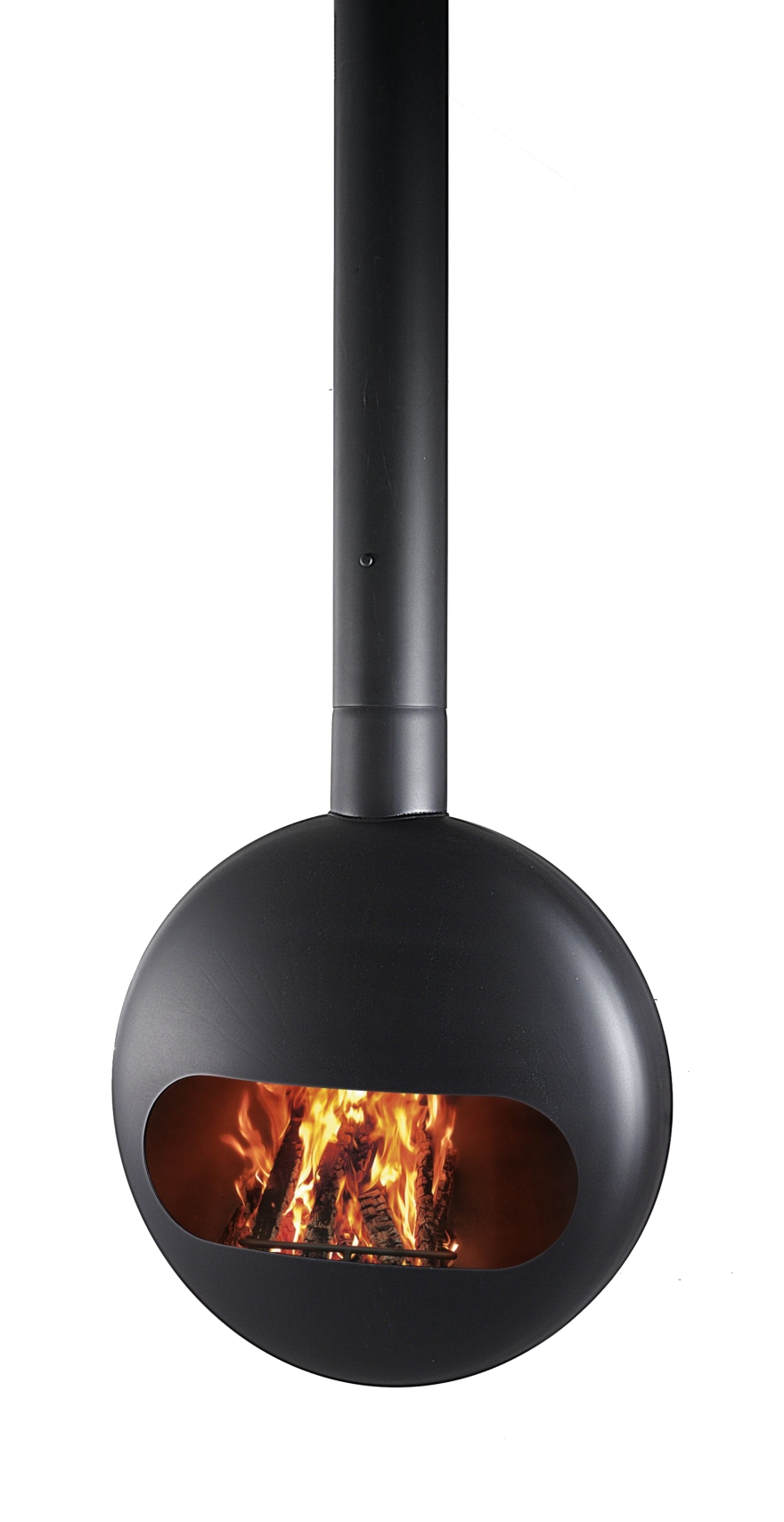 Wall_B, also by Andrea Crosetta, frames the glowing embers with elegance and geometric rigor. It looks like a minimal box leaning against the wall whose rectangular hole
elongated it emphasizes the romantic crackle of the fire and the scents of burnt wood essences. The protruding shelf is a clear line designed to emphasize with even greater expressiveness the mouth where the combustion takes place. 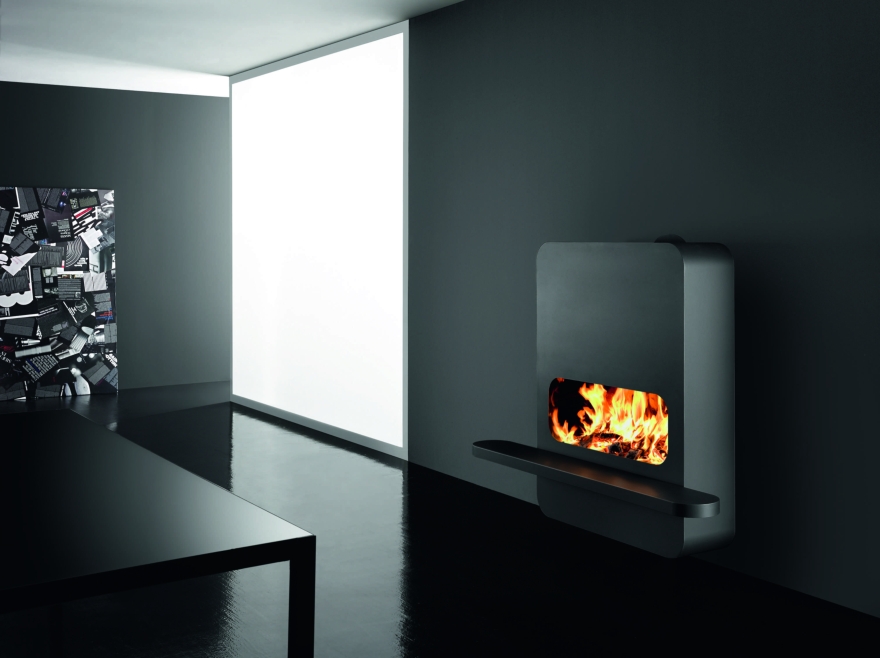 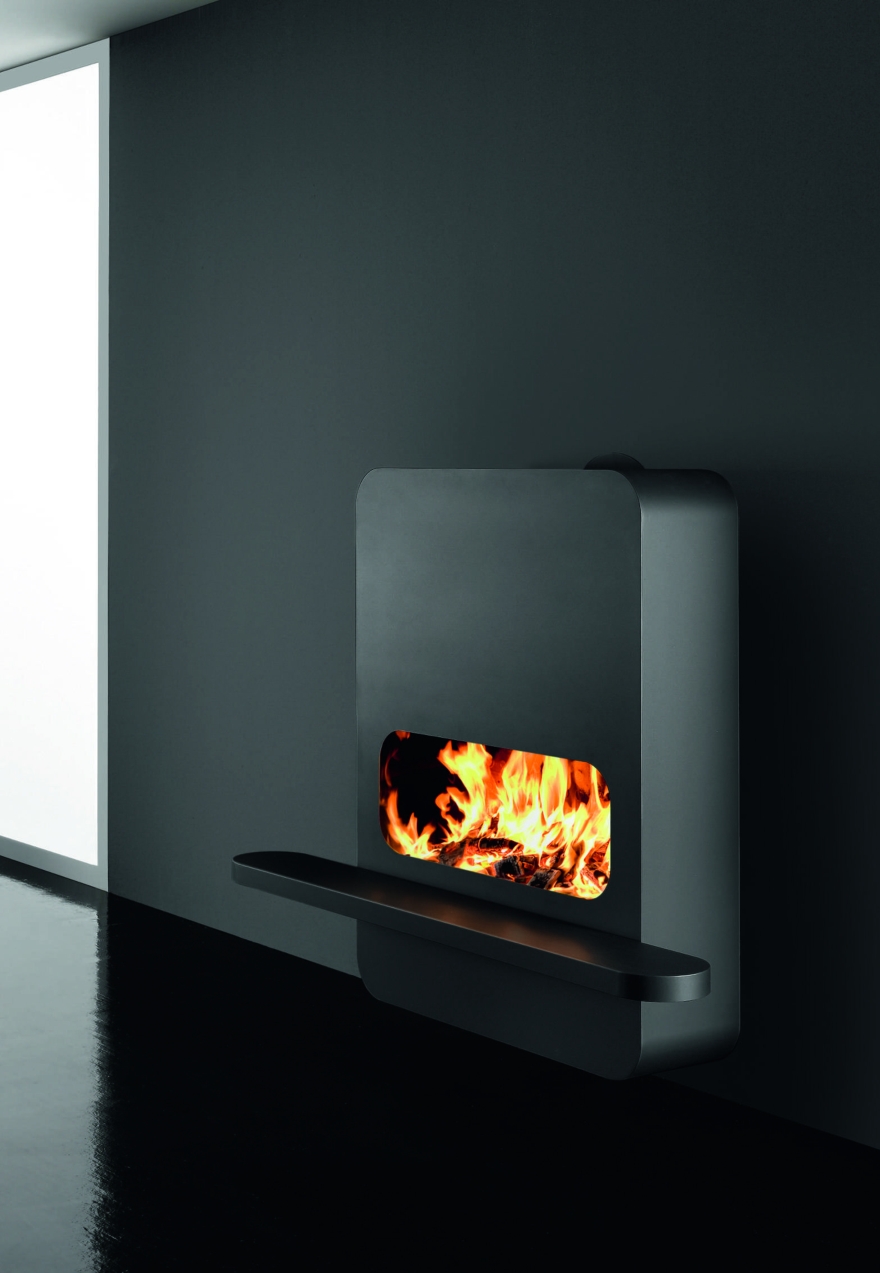 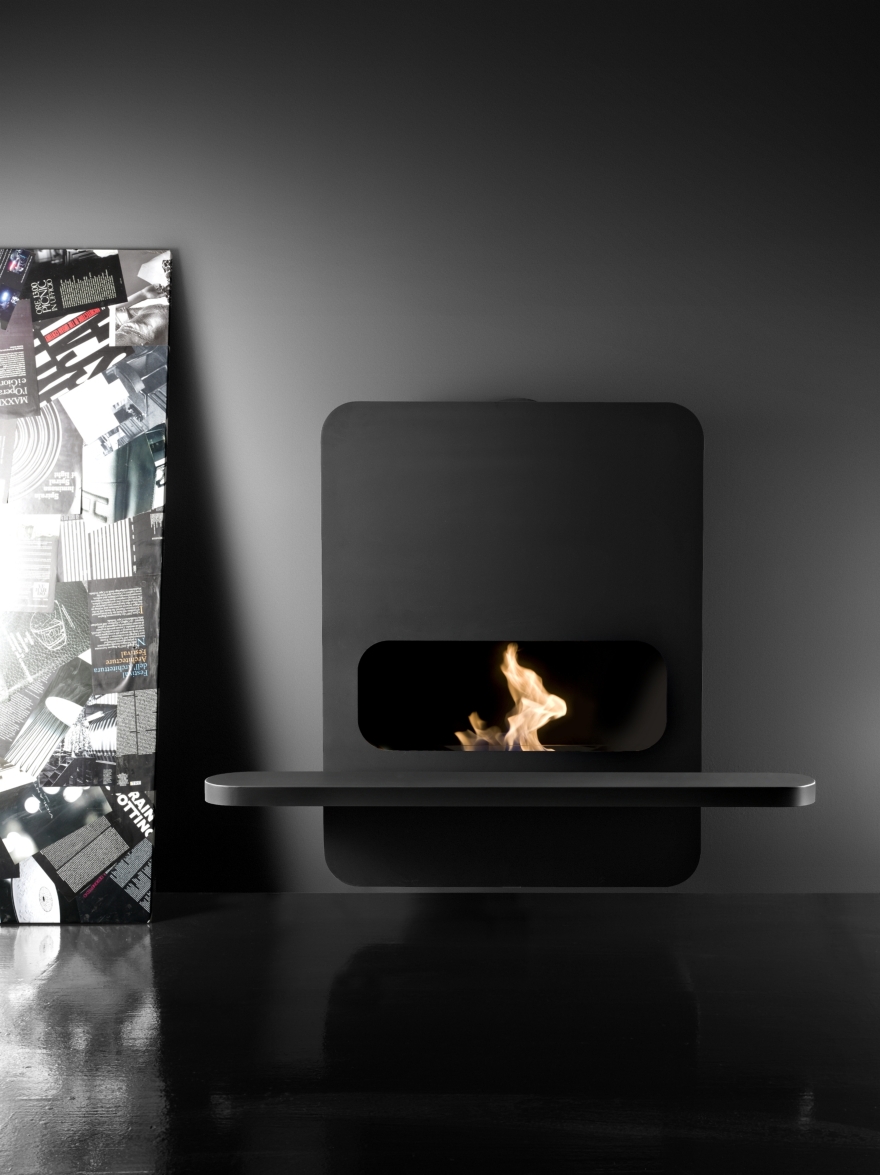 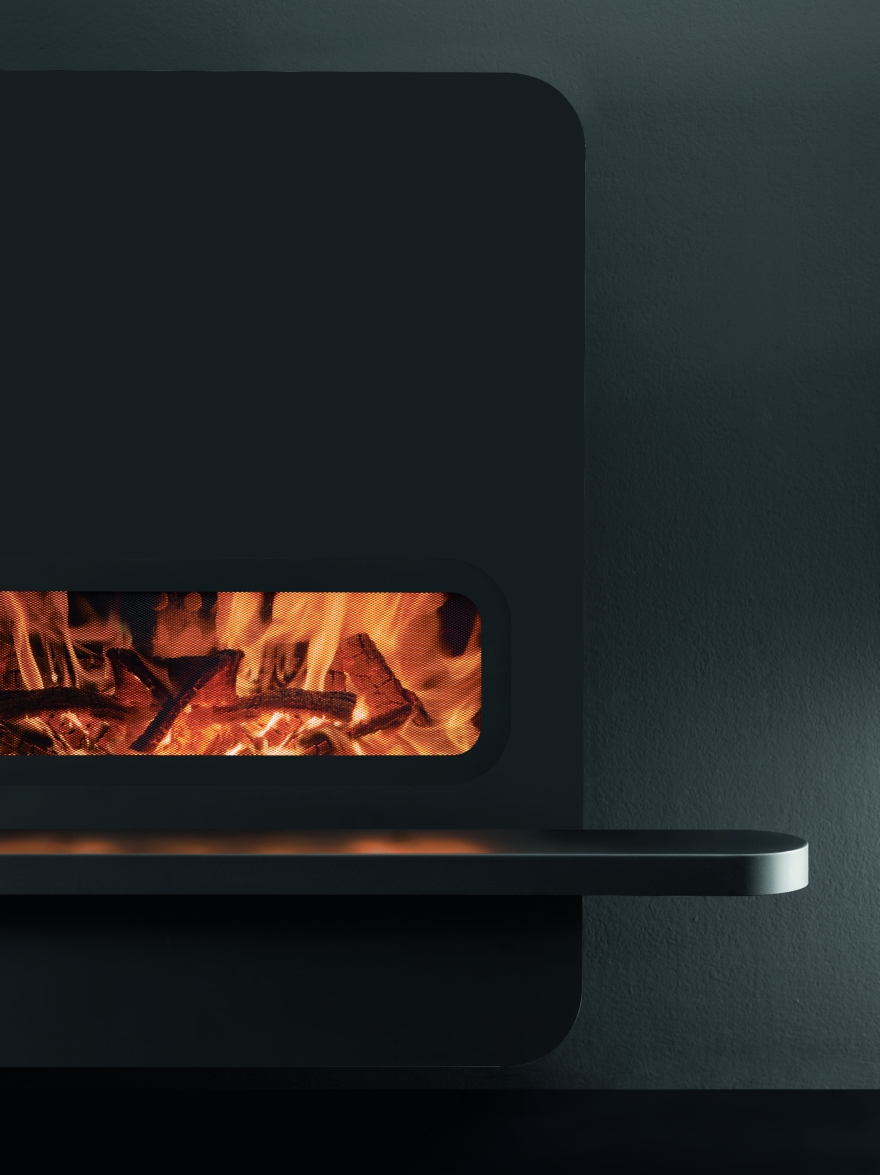 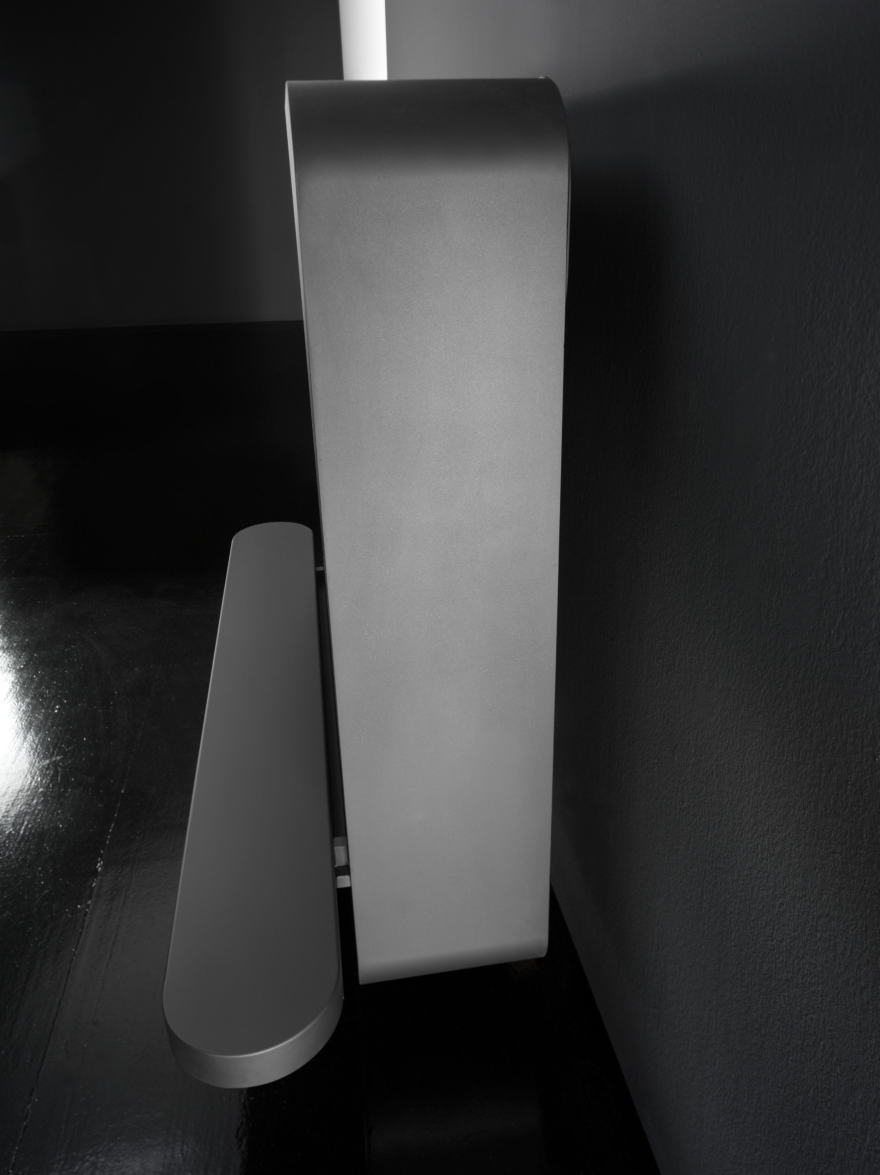 Dropfinally, it is the fireplace that eliminates the contours to make a memory of the classic bonfires around which since prehistoric times man gathered to warm up, to discuss, to spend evenings of bitter cold with joy. This model by Antrax IT, designed by Massimo Iosa GhiniIt reproduces strongly the idea of ​​fire typical of open spaces.

Drop is the only one of the models mentioned that is not available in the bioethanol version, an ecological natural fuel that produces an effect completely similar to that generated by the traditional flame. 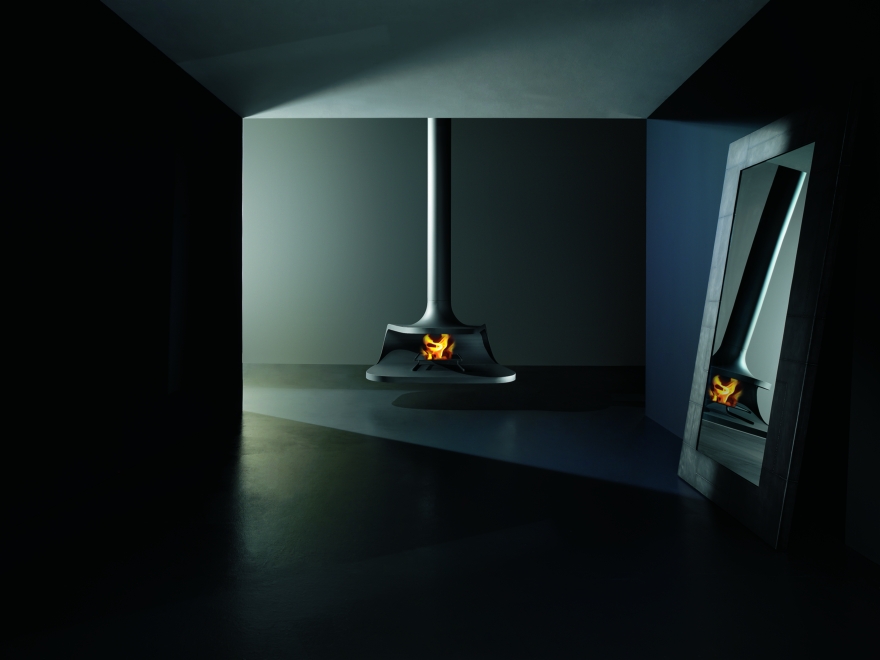 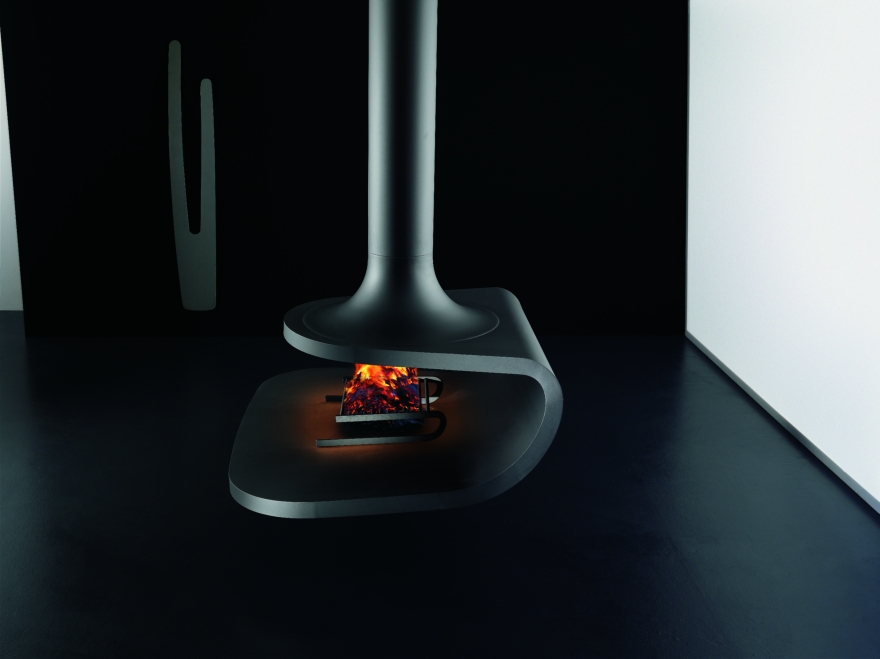 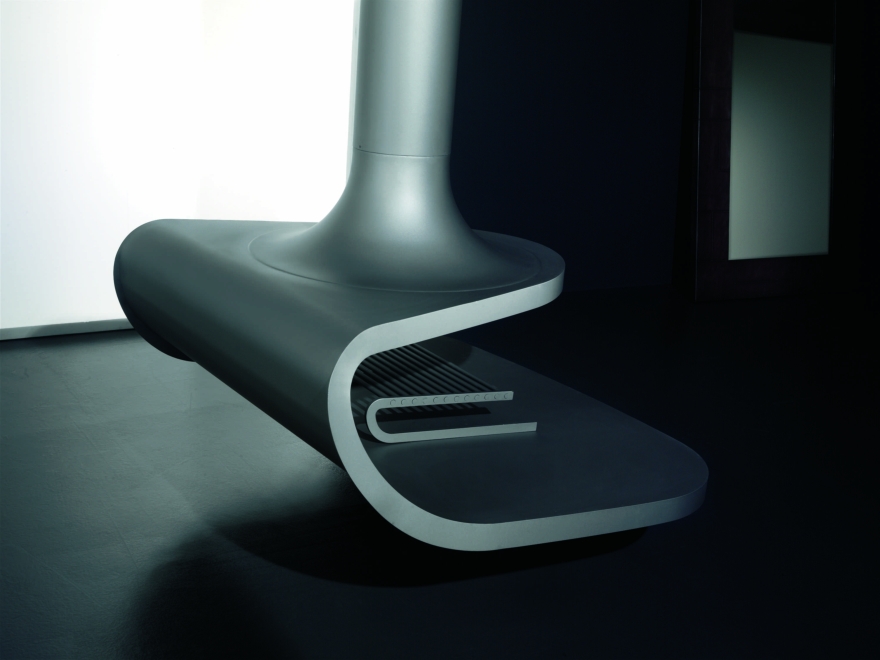 A range of accessories and components, which include grids, support brackets, carpets to be placed near the hearth to protect the floor surface and
gaskets, therefore facilitate the carrying out of the ignition and combustion control procedures in maximum safety and practicality.

Fire to contemplate, to be touched almost with your hand, to be venerated as a source of life or as a magnificent expression of the universe: the bioethanol or wood fireplaces by Antrax IT renew the deepest sensations that man feels in front of flames. With a design that ensures emotion without forgetting technology and efficiency.