On the occasion of the Salone del Mobile 2013 - In Milan from the 9 14 April - Bold_a design company, One of the most important names in the creative sector in Rio de Janeiro, he decided to expand his horizons and take advantage of its participation in the exhibition Rio + Design as a springboard for the international launch of its first line of self-produced objects. Combine it's a set portable and reusable table combining practicality and beauty to "tasty" moments of conviviality. By picnic with friends at dinner in the house, from the casual party at the beach house to lunch with colleagues in the office, no matter what the situation or scenario: Combine is versatile and has a minimal elegance which adapts to different occasions . The set is made with special ingredients: the objects are made with eco-responsible materials certificates.

The recipe that gives rise to Combine melee Bambootube™ (a bamboo multilaminated) to un'impasto moldable and biodegradable compound of bamboo and waste rice fibers. The result are pieces apparently similar to ceramics, plus a gentle and pleasant touch.

Available in various colorsThe complete kit consists of two large bowls, a bowl with dividers for finger food, a bowl for sauces, and a service for six with dishes, glasses and coasters (the latter are assembled into a container). As the name of the line, you can combine the elements depending of personal interest, buying the whole kit or only a few pieces. The set - mounted vertically in a simple and intuitive way to optimize his
transport - also has a lid and a vulcanized silicone bag (thermoformed) that becomes a useful and decorative plate.

"Eating and having friends is for me a great pleasure. Meetings that bring together these two elements usually create delicious memories in every sense. Thus it was born the idea of ​​developing a line of products that could be used on occasions like this, but bringing something new to this market segment "She says the designer Leonardo Eyer, creative director and Bold_a design company partners. 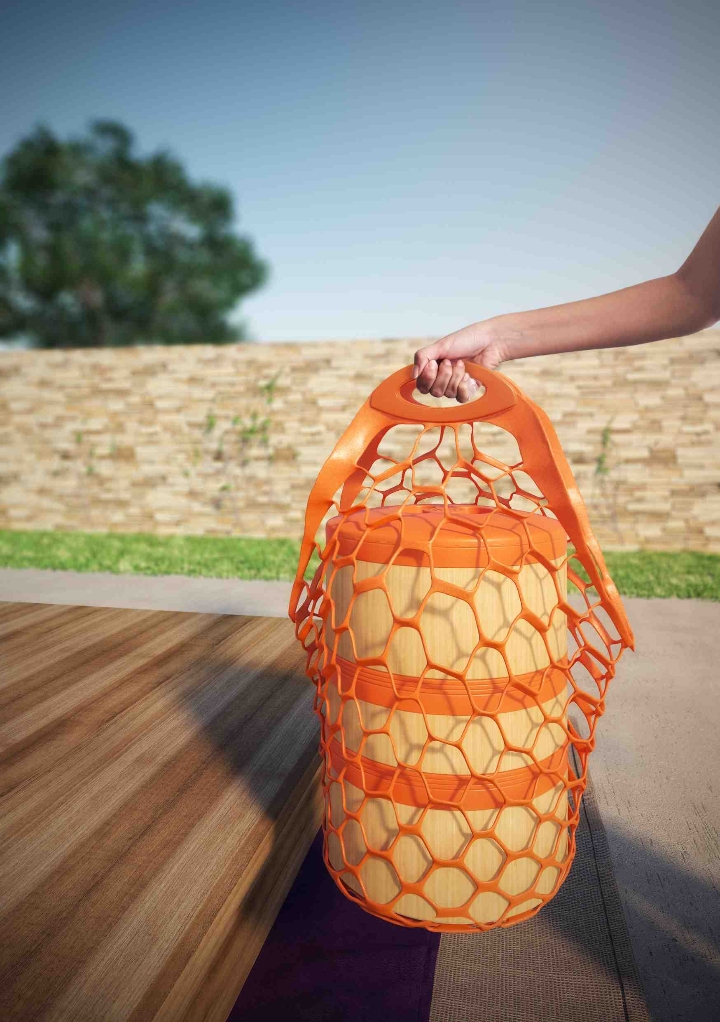 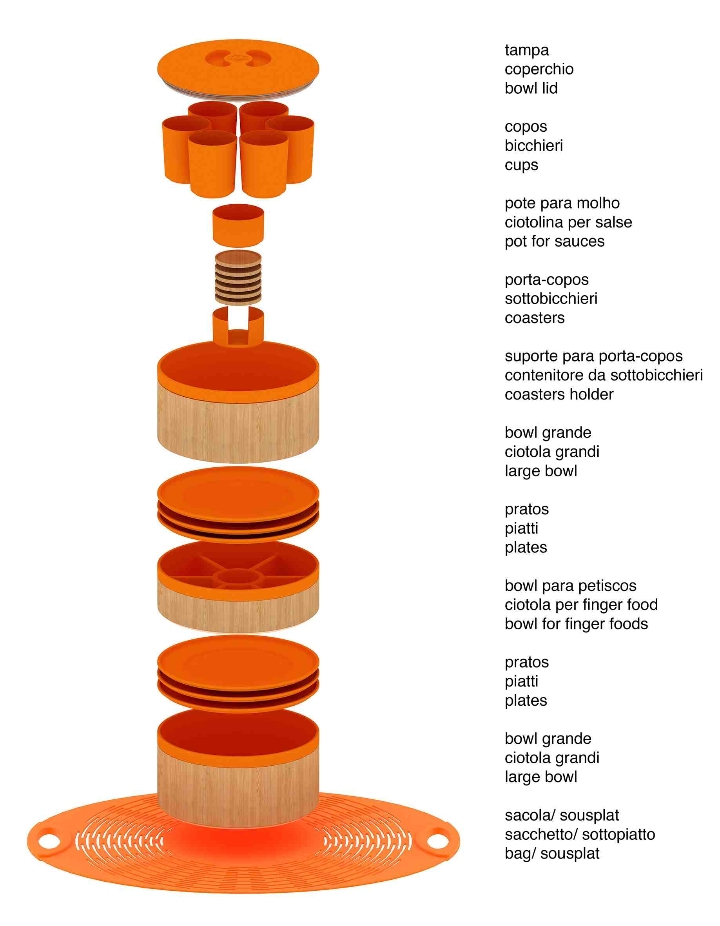 Bold_a design company
The creative ferment that is emerging as Brazil on the world stage Bold_a design company located in one of the most prominent representatives and rewarded. The company, founded by Leonardo Eyer, will initially focus on development of visual projects for the cultural sector - From the covers for albums by renowned artists to stage design for big shows. Then, with the arrival of new members - Billy Bacon, Alexandre Aragão and Carlos Magalhães - the scope of action extends to the corporate sector, up to the current stage which also includes the design of the original products. Leonardo Eyer is responsible for product design and Billy Bacon for graphic design. Alexandre Aragão is responsible for planning and Carlos Magalhães of the development of new clients.

Bold recently won design awards of the show of the famous singer Marisa Monte (for example, the lamp D'Argento in the Brazilian Advertising Festival) and the visual language developed for the Brazilian Symphony Orchestra (Gold Medal at the Prêmio Colunistas design Brasil). Leonardo Eyer was elected Designer of the Prêmio Colunistas Design Rio de Janeiro in 2009. The work of Bold have been published in books and magazines around the world. It was the first Brazilian study to be invited by the German publishing house Taschen telling his career in a book: Logo Design 3. In 2010, the company was responsible for the visual identity and signage of the pavilion of the Brazilian city of Porto Alegre at the Shanghai Expo. In 2011 Bold drew up the communication materials for the exhibition Guest Nation Brazil É Tudo, who lauded Brazil at the fashion fair Pitti Uomo; and, at the same event, he was invited to develop communication and the signage of the Festival of Fashion Designers of Brazilians, in Dogana,
resort town of Castelfiorentino.