anticipations of the Salone del Mobile in Milan 2011 / Bubbles, Roberto Giacomucci it has been modified: 2011-03-14 di Benedict Flowers

According to the Big Bang model, the universe originated with an "explosion", which filled all space, starting from a material point; after this moment each particle began to rapidly move away from each other particle.
Bubbles captures a frame of the universe's first moments of life echoing,

with its composition of crystal balls reflections cobalt, cosmogonic model; the creative process comes to define his attitude retracing the repeated phases of expansion and its consolidation and, through the broken symmetry, the formation of elementary particles like neutrinos, electrons and quarks. There is not a privileged observer: the light that is generated expands freely; the universe is finite and unbounded. This is a pendant lamp with metal frame Ø 60 cm, which mounts a light bulb E27 max x 1 150 W. 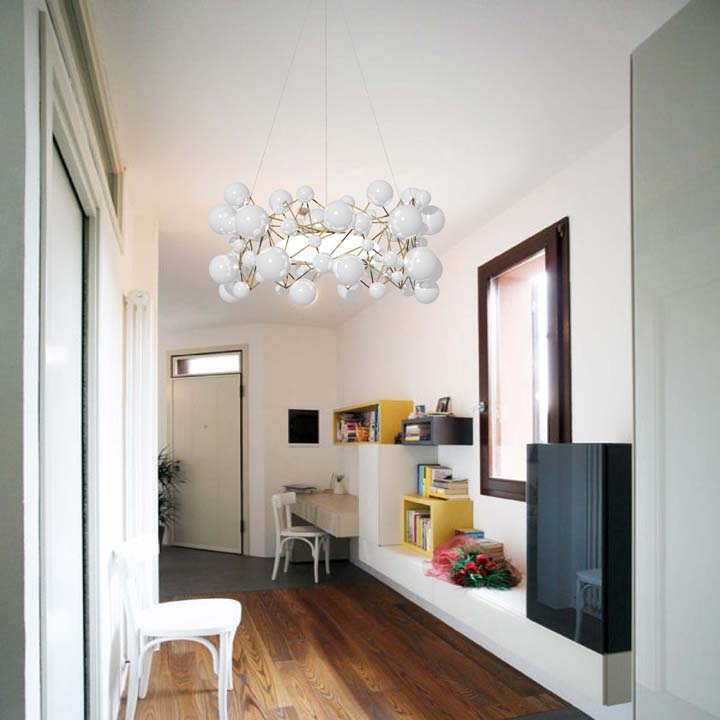 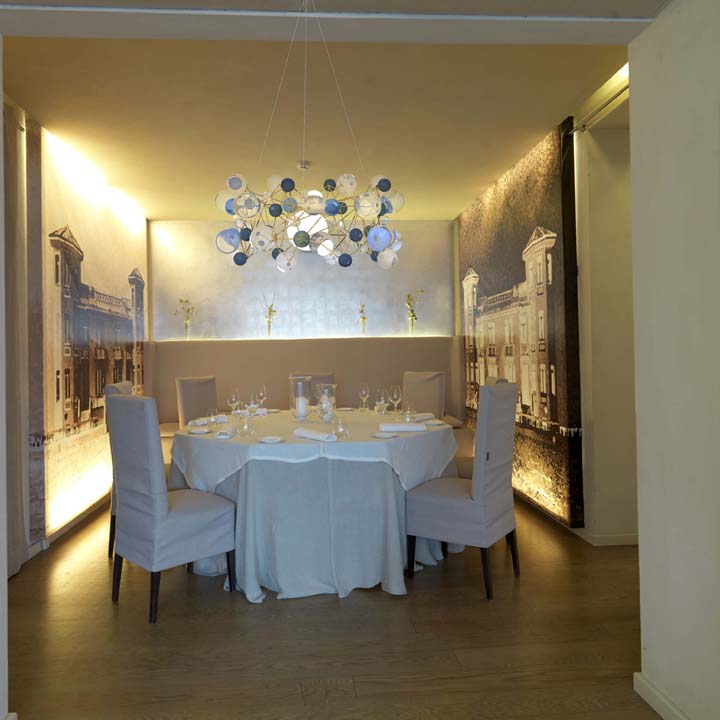