Silvia Preziosa has chosen two of her creations, one dedicated to the female universe and the other aimed at the male world, which due to their history lend themselves to becoming perfect seals for a Valentine's Day gift.

The party Valentine's day, which occurs annually on February 14, today known and celebrated all over the world, is a set of Christian, pagan and secular traditions.

The practice of celebrating the feast, on the other hand, centered on the exchange of messages of love, the famous "Valentine", and gifts between lovers, probably dates back to the 1415th century, and in fact is documented starting from XNUMX, when Charles Duke of Orleans , taken prisoner by the British in the Battle of Agincourt, and detained in the Tower of London sent a note with a poem to his wife. Carlo addressed the woman he loved with the words:

The Alejandra di Preziosa ring is born from the union of two geometric shapes distant from each other, which blend harmoniously into a small precious sculpture. 925 silver 18k rose gold plated, accompanied by three natural stones of great value: turquoise, pink coral and onyx.

The ring tells the story of a great friendship that spans kilometers, Alejandra takes its name from the designer's best friend, a Madrid girl she met in Nice for a French course, who over time has become one of her closest loved ones.

The shape comes from the design of the initials of the two girls: the section of one end of the band has a triangular shape inspired by Alejandra's A while the stone is inspired by Silvia's “pot-bellied” S. 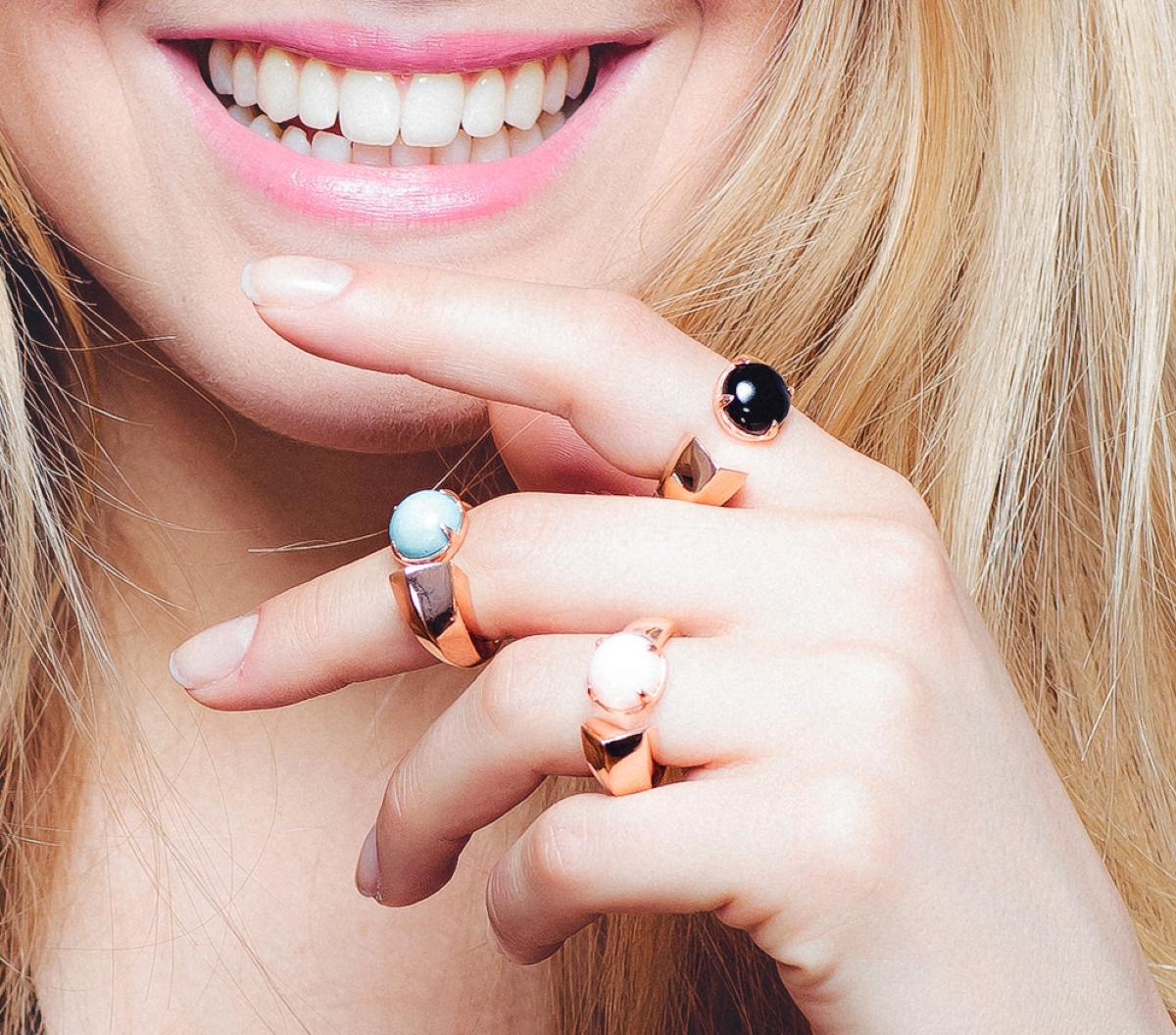 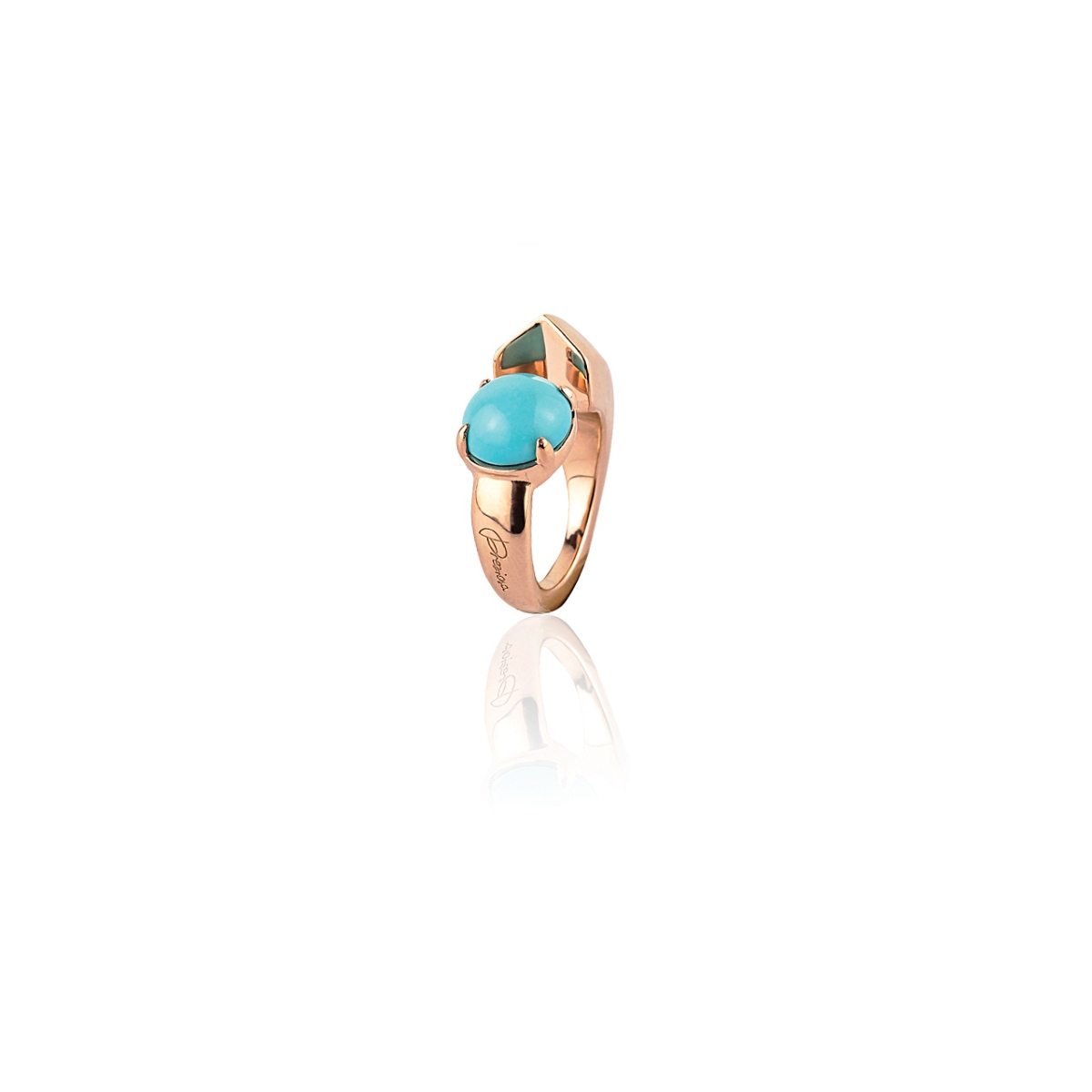 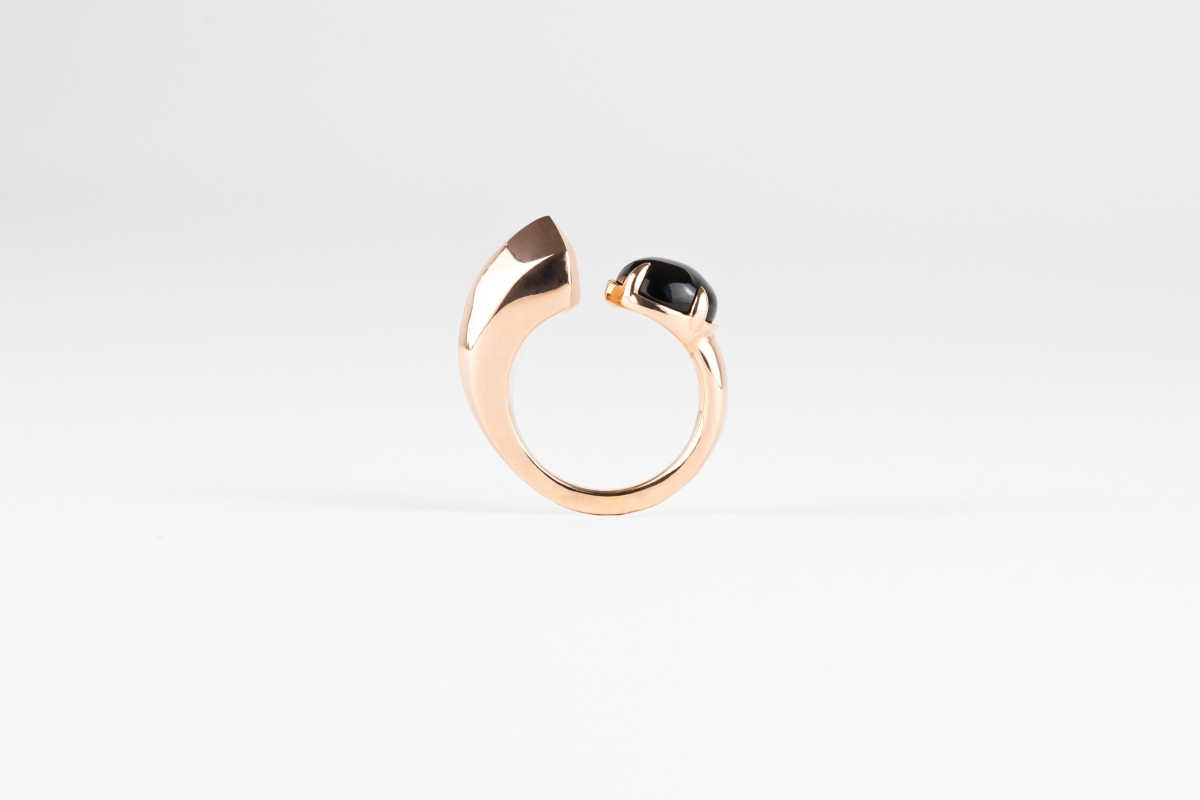 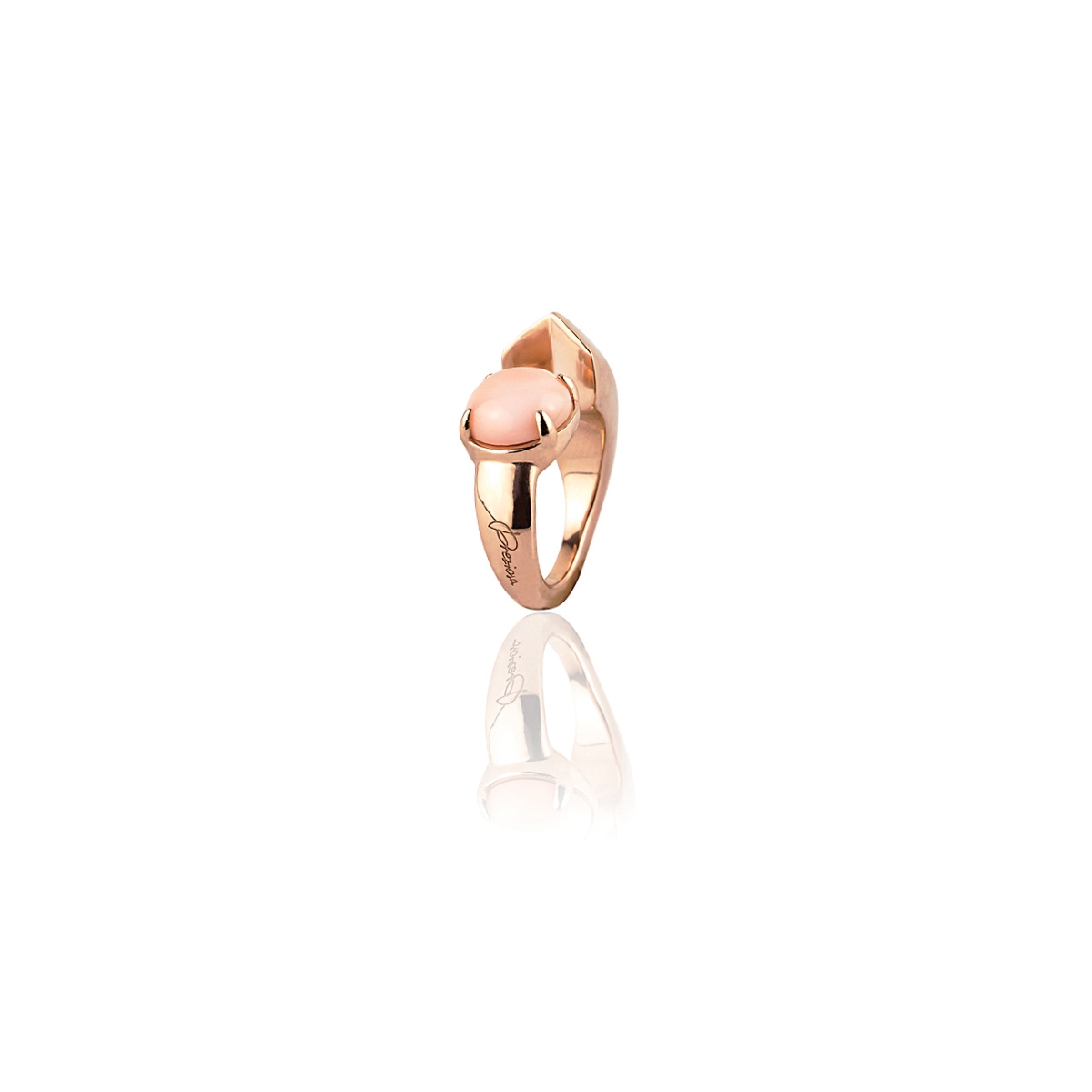 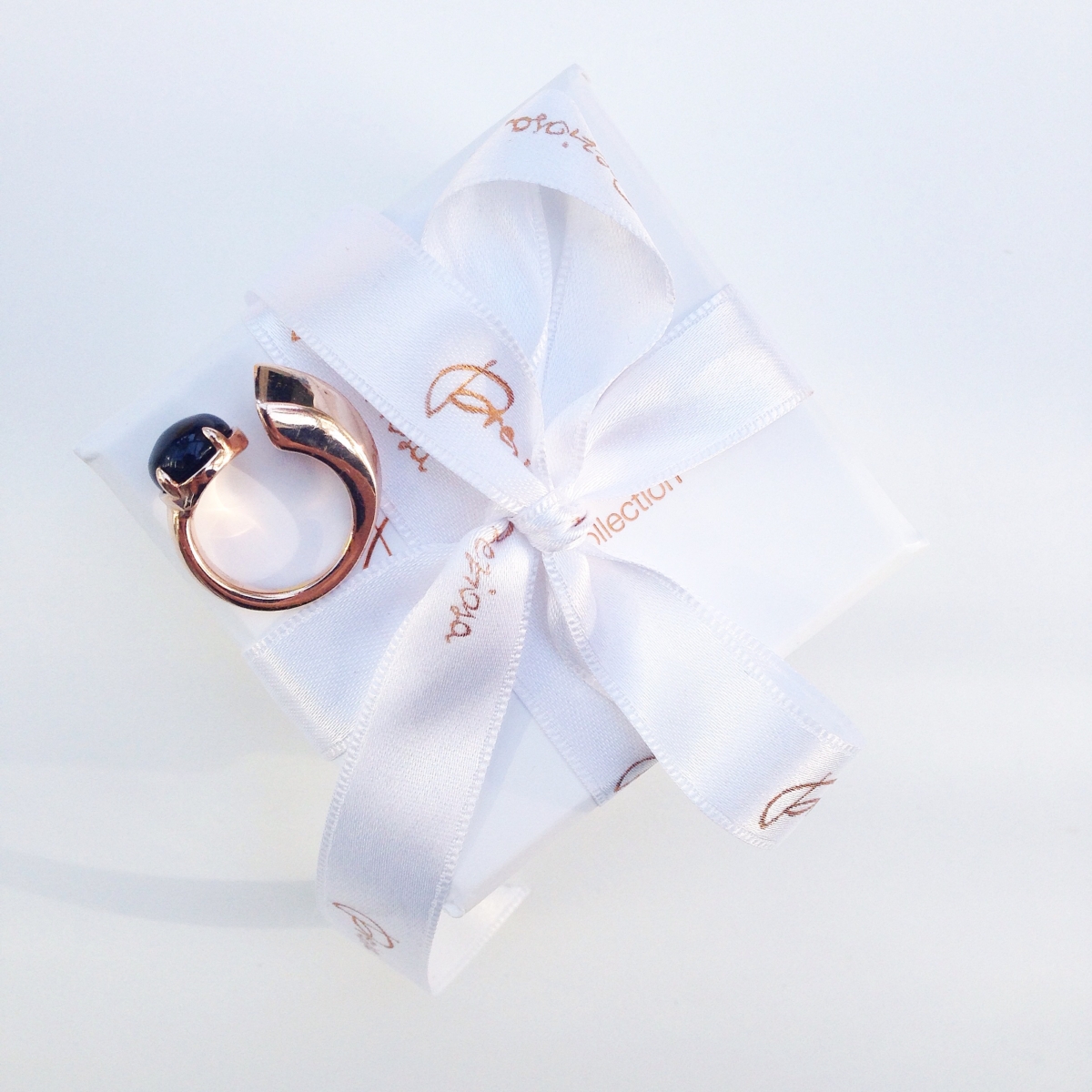 The Glober collection by Preziosa was born in New York and, like “the big Apple”, has a cosmopolitan character, expresses the passion for contamination, for meltin'pot. Sinuous lines draw the profiles of 4 cities made recognizable by the graphically suggestive features of their skylines: Milan, London, Paris and New York.

The Glober men's ring interprets love as a metaphor for travel: a path made up of difficult roads, suggestive panoramas that frame happy moments or shared travels perhaps in one of the four main cities of the jewel. 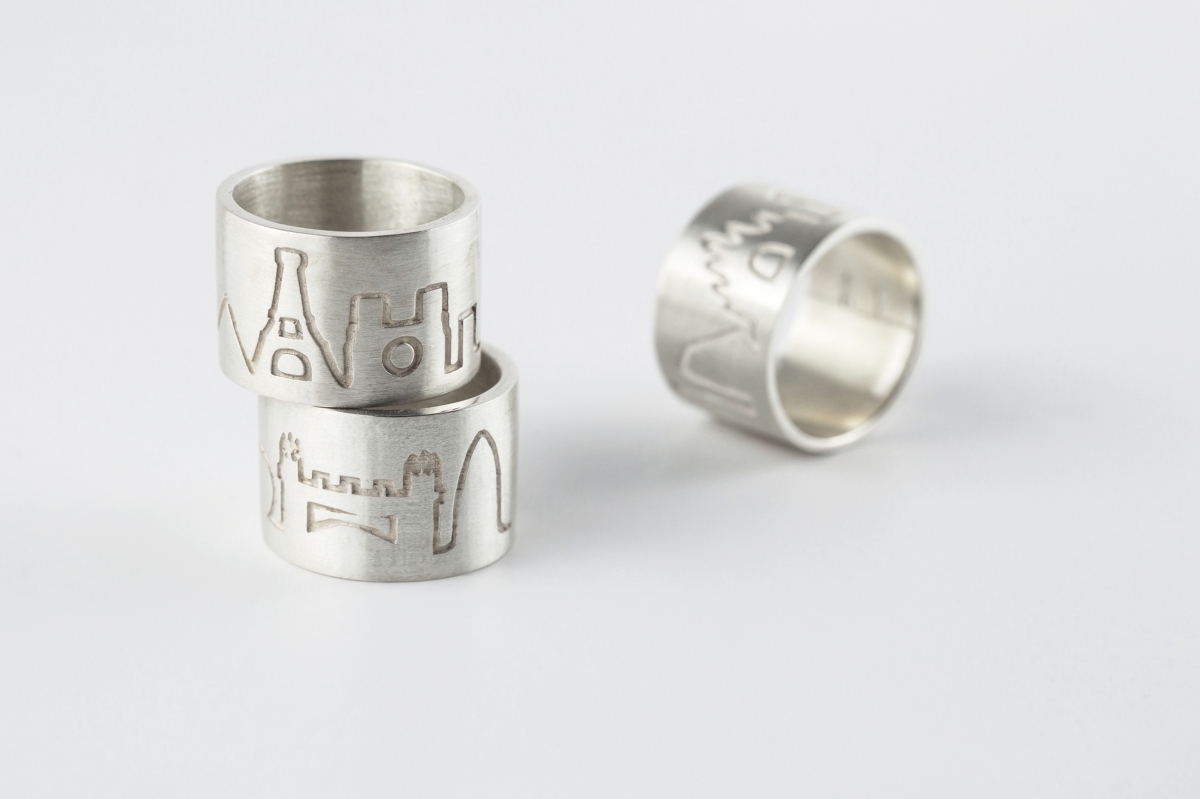 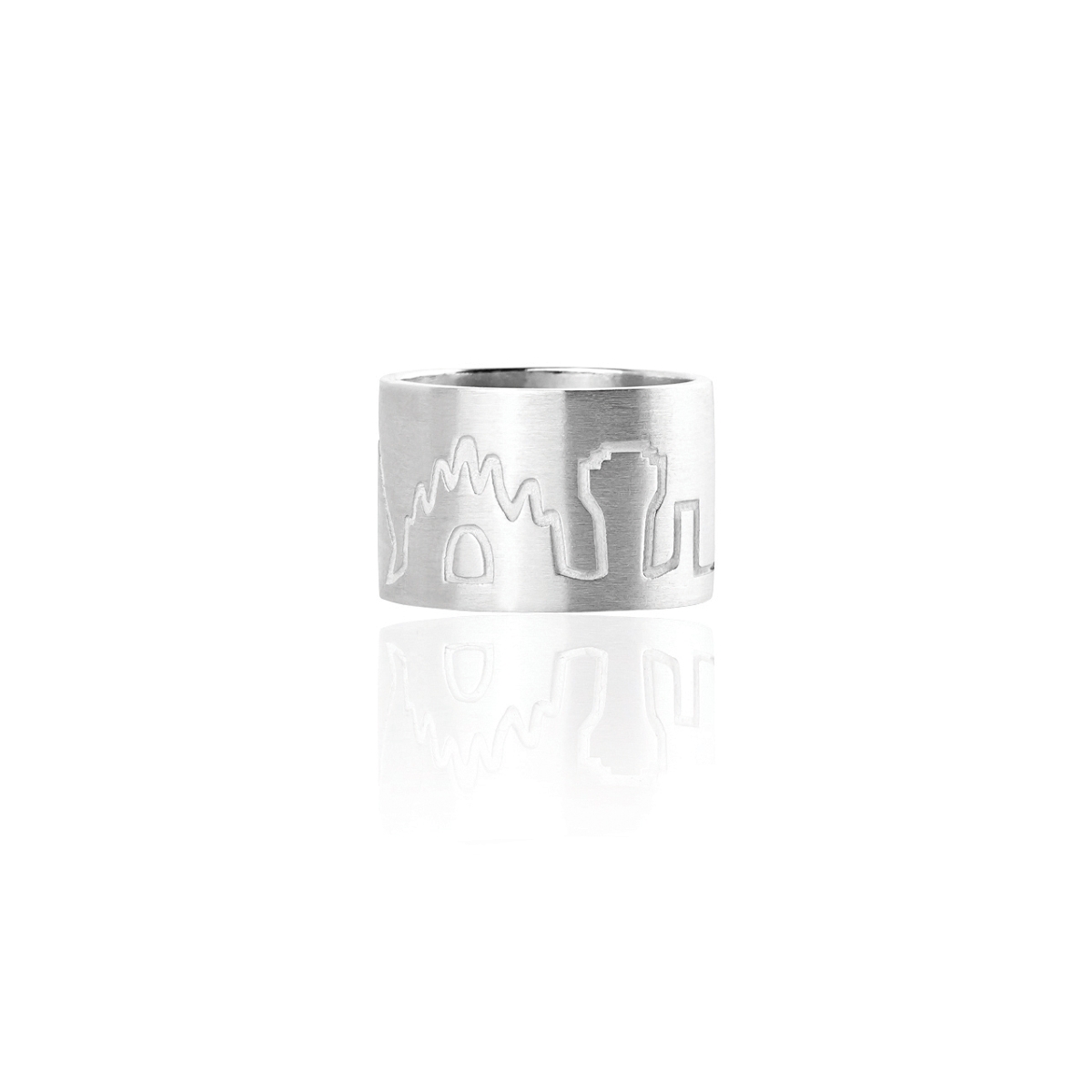 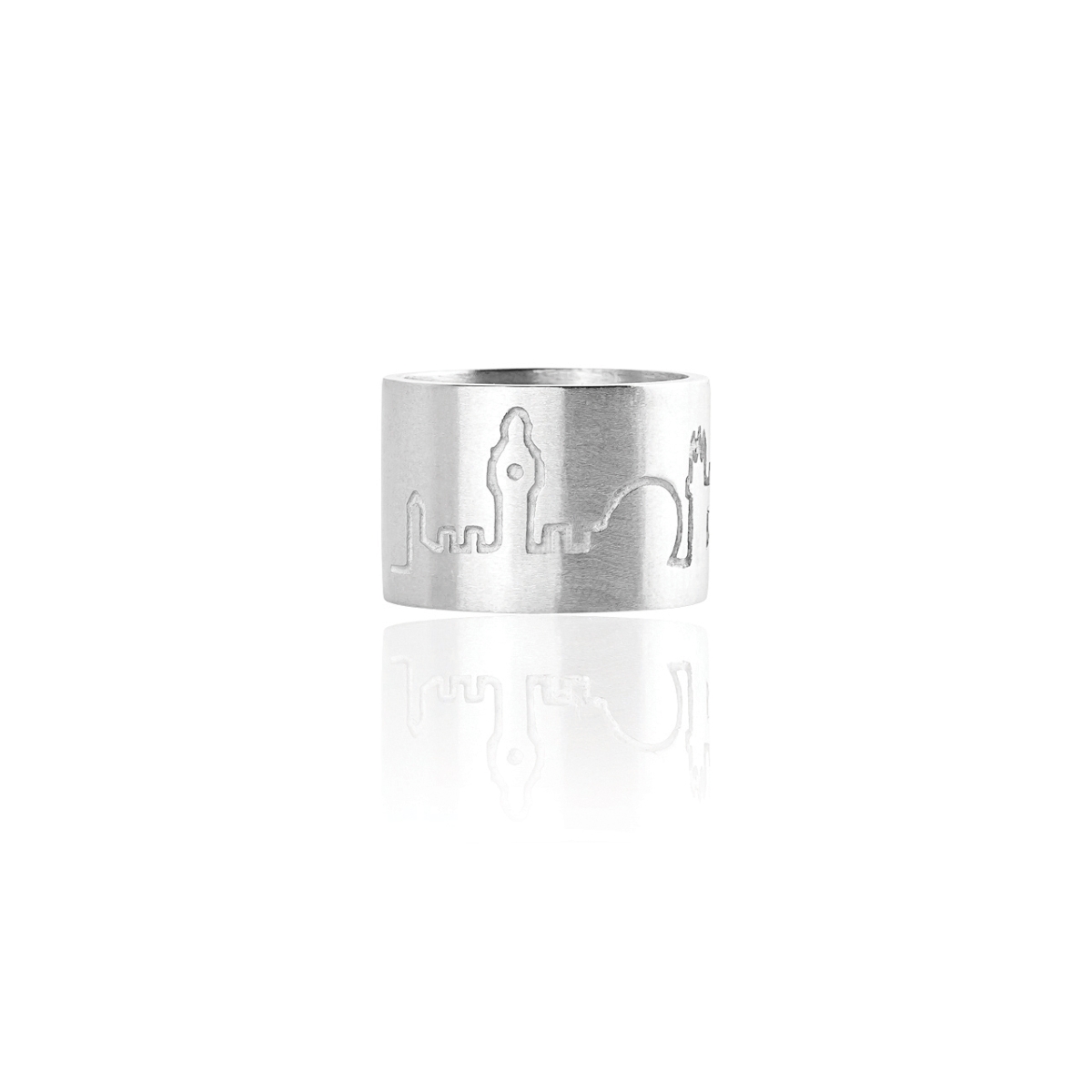 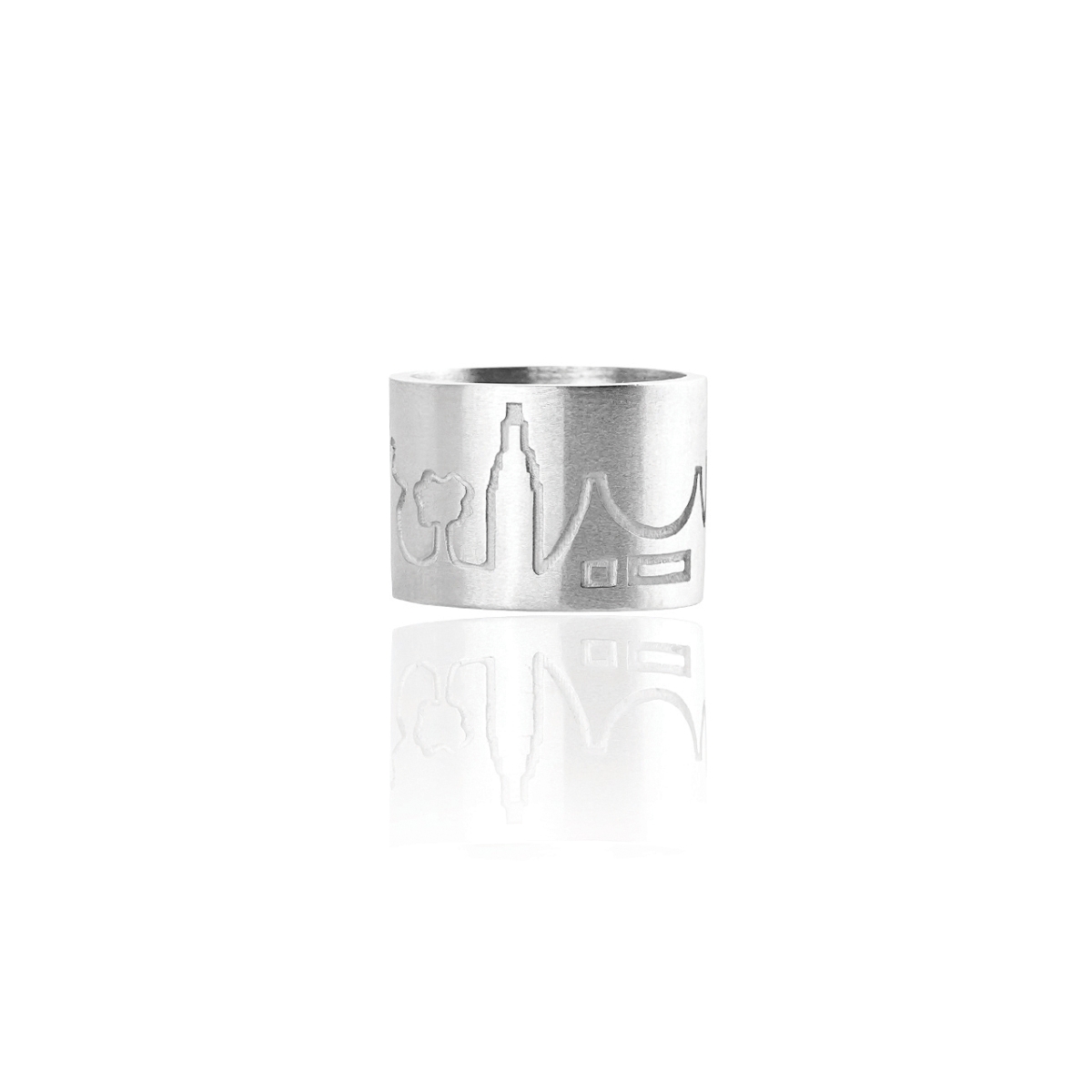 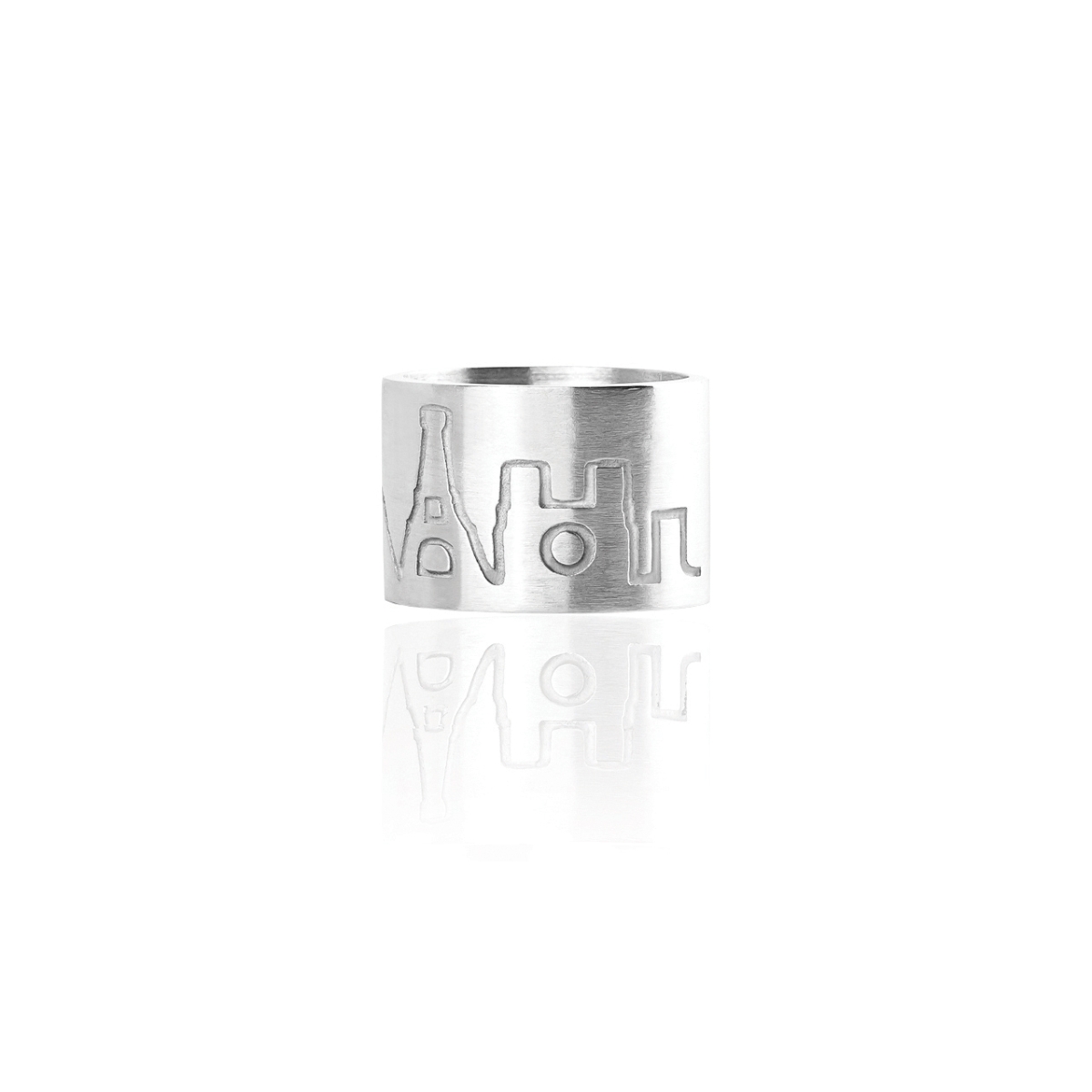 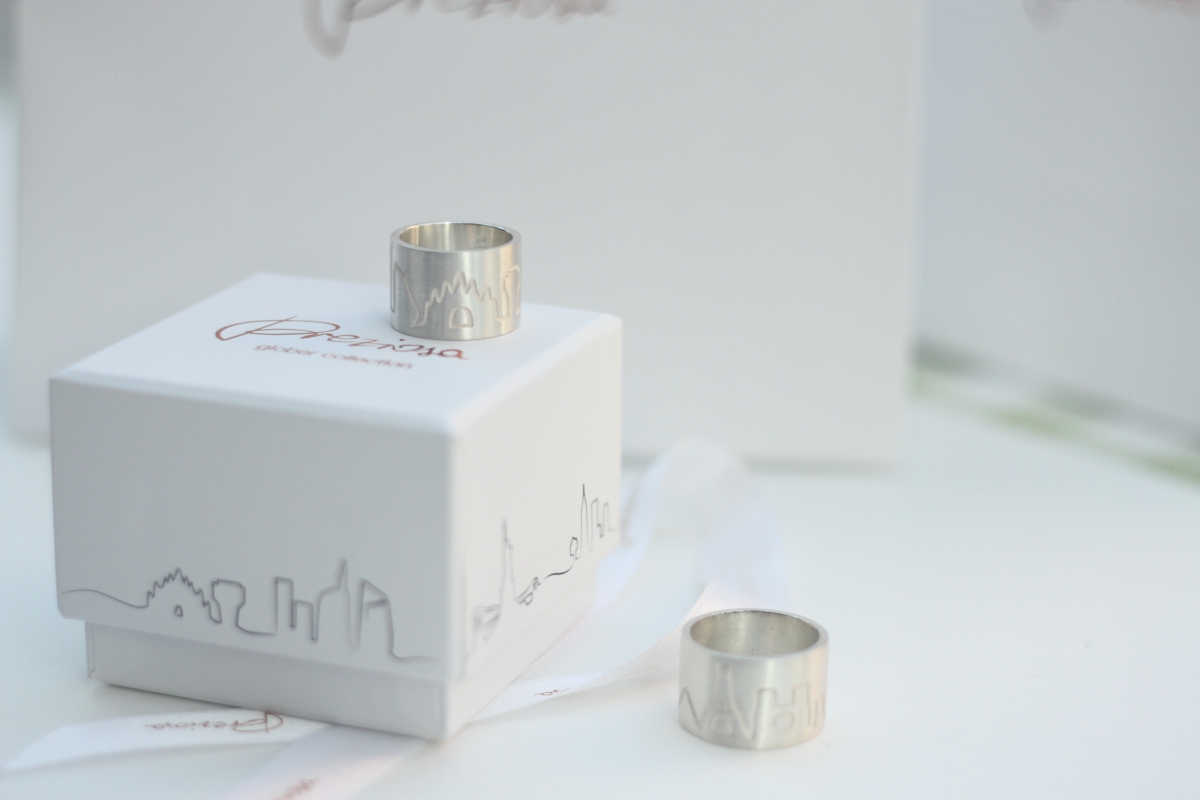