In the city riding on a scooter suitcase it has been modified: 2014-06-27 di virgilio accounts

Hey Liangcai, a former Chinese farmer, has built a suitcase scooter battery power, as well as incorporating a scooter at the same time maintains the function of containing objects.

The vehicle includes an electric scooter, the vehicle can be driven by sitting astride the suitcase. Hey Liangcai, resident in Hunan province, took the 10 years to develop this concept and has recently exhibited his invention at the train station in Changsha.

His luggage weighs the mobile 7 kg and is capable of carrying two people at a speed of 20 km / h for a distance of about 50 km, then it needs to be recharged again. 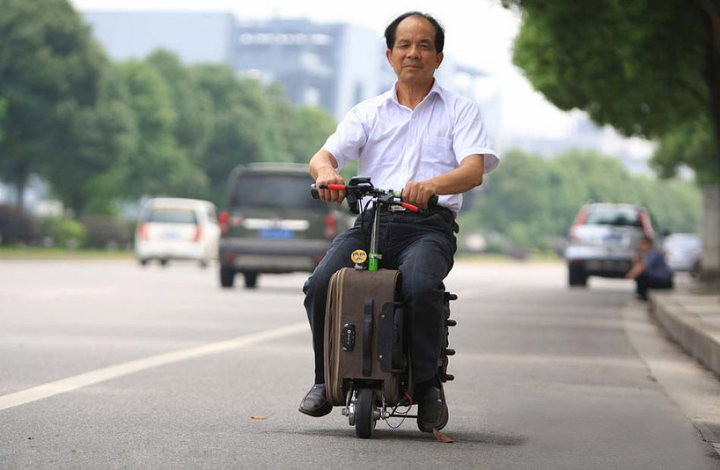 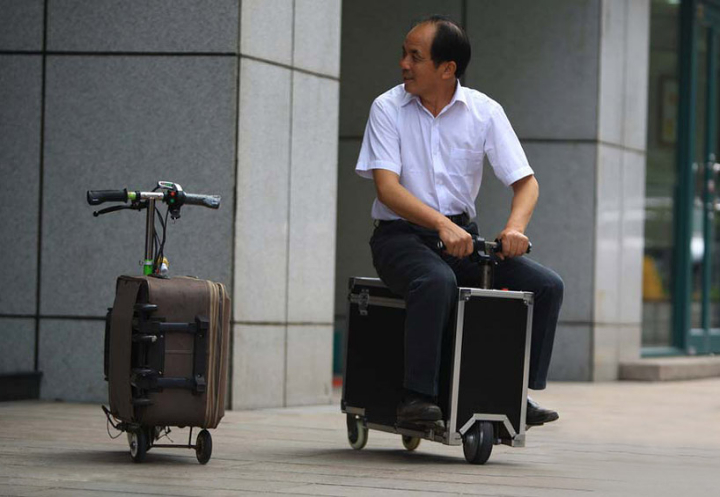