Skypad, the new hood Faber ceiling it has been modified: 2015-07-03 di jessica zannori

Watch the stove from a new perspective. And 'what does SkyPad, the innovative model built-in design, featuring a solid steel body and a thin glass panel, ideal to allow a powerful perimeter extraction.

His plus also lies in the fact that it is not integrated in the ceiling, but it is simply installed flush to the wall for an elegant effect suspension.

The model SkyPad island, with lines and volumes "thin and light" reminiscent of the new digital technology, is the ideal solution where it is not possible to create a built-in wall.

Thanks to its installation SkyPad is the hood ideal for decorating a cooktop island often present in large kitchens or in the living room where the kitchen and living room come together in a single space.

SkyPad is, in fact, a new interpretation of the hood ceiling. Functional and easy to use, has a low-power lights Led light for illumination of the area below and a remote control that allows maximum comfort in the activation of its functions. Available only in filtering mode, is equipped with a radial engine that has double advantages of being small in size, ensuring high performance and low noise. Delay button allows automatic shutdown to ensure the best extraction of odors and vapors. Aspiration Intensive finally activates the highest aspiration for 10 minutes to meet the special needs of cooking.

A concept, that of the ceiling hood, to which the Faber Research & Development center has been dedicating studies and resources for some time to radically innovate the appliance and enhance its efficiency, consumption and ease of use. In addition to SkyPad, Faber launched SkyLift at Eurocucina, the only integrated wall hood that descends onto the hob: in 2012 Faber presented Fabula, the downdraft hood that disappears behind the burners and a few years earlier it was the turn of Heaven Glass, built-in design model, forerunner of SkyLift. 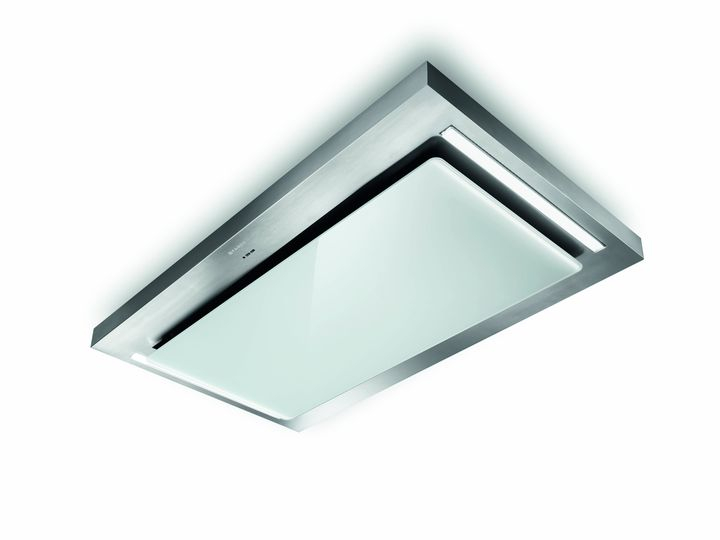 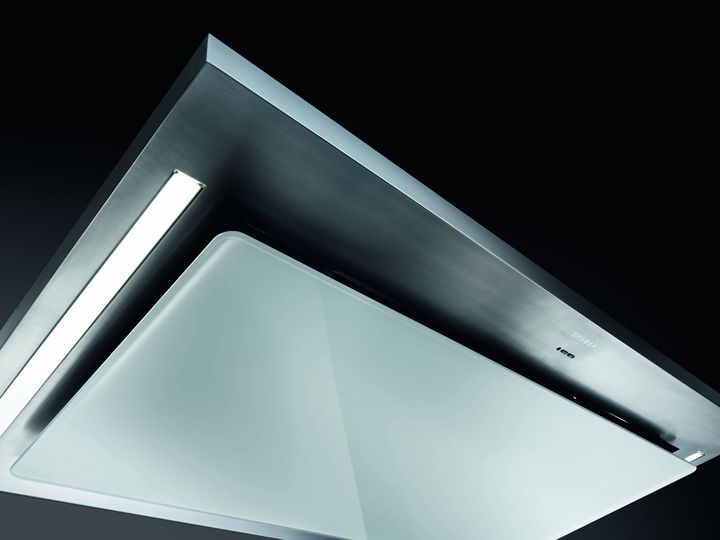