Projects confirms the presence on the stage of the Parisian design, Maison & Objet.

The next edition will bring the company furnishing accessories, watches and cuckoo symbol of Italian design quality and innovation, which will be exhibited in the section now! design à vivre where you live in the middle of the design and the new generation of designers who play, invent, experiment, create with shapes and styles mixed in unexpected ways.

Other products of the two designers will then be unveiled during the Paris fair. These changes are to expand the collection 2014 already rich in objects that are enjoying great success.

Colorful, playful and soft shapes like the marshmallows to which inspires, delights gelatin garish hues and sizes. Cucù Ball is realized by a main body, where they are located and clock 'uccellino'e by a series of cylinders with different diameters and colors is hot (as in the image) that cold.

A retro-inspired dandy of other eras. The mustache now you can also put the desk or shelf giving an elegant touch to the room and ironic. Made of wood, cuckoo Dandy is available in classic black that white.

Contemporary umbrella stand made of metal with square base on which rise a series of 10 cones, of diferent heights, designed to accomodate the umbrellas. Object not only useful but also of furniture that enriches and enlivens the entrances of homes, offices and buildings thanks to the possibility of accostarne more pieces. 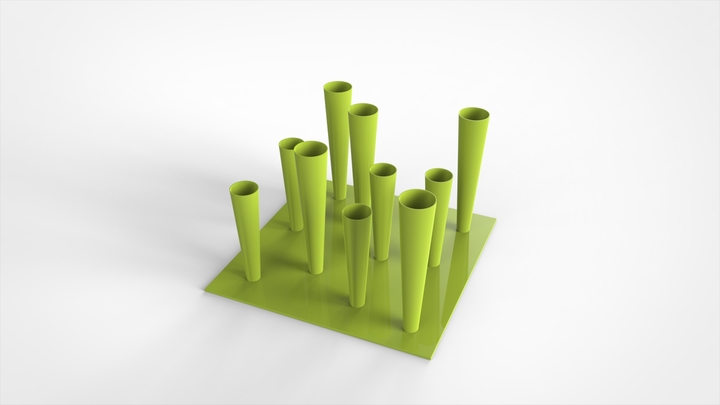 Projects awaits in Paris Nord Villepinte, from the 5 9 September at the pad. 8 stand C38 with all the news, the collection 2014 and best seller.