In Frankfurt, the 30 4 March to April, on the occasion of Light + Building 2014, Fabbian Lighting will exhibit the new proposals 2014: Glu is the new collection of lamps signed Pellegrini + Mengato.

Glu was born from the idea of ​​a satellite that revolves around a planet, a dynamic body in constant motion that almost wants to come out of its orbit, but in the end it always remains tied to it. The geometry is defined more by the subtracted part than by the solid part of the material: the most interesting aspect is the central void created by the laser cutting of the thin disk, which gives this lamp a particular effect of shape and light and makes it light and impalpable.

Glu uses a light source with LED technology, for which the body of the lamp itself acts as a heat sink: the indirect emission of light further emphasizes the contrast between empty and full and creates interesting effects of light and shadow. 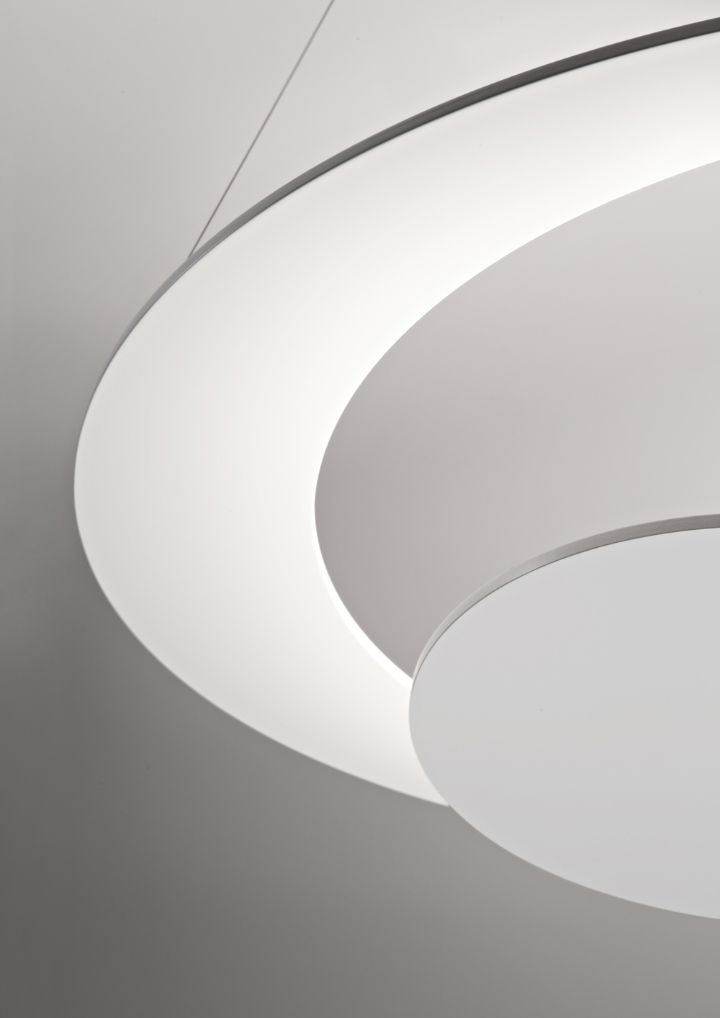 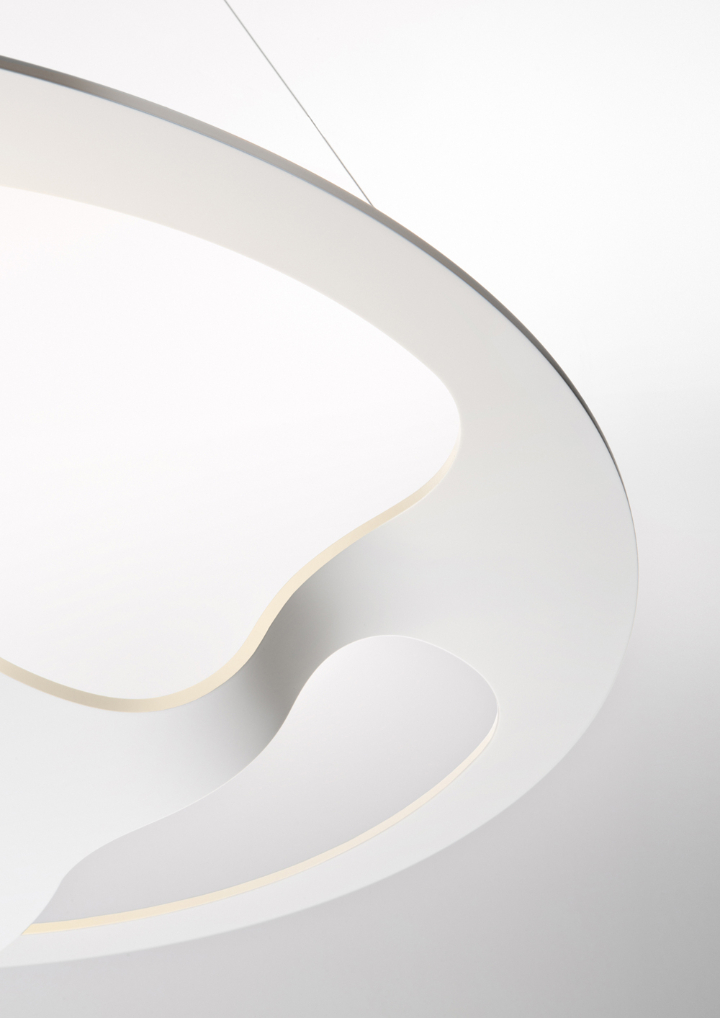 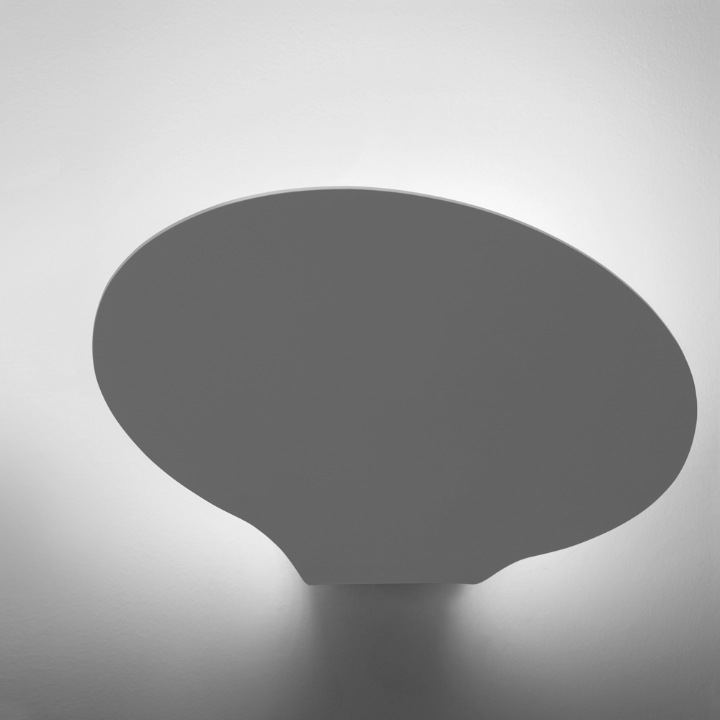 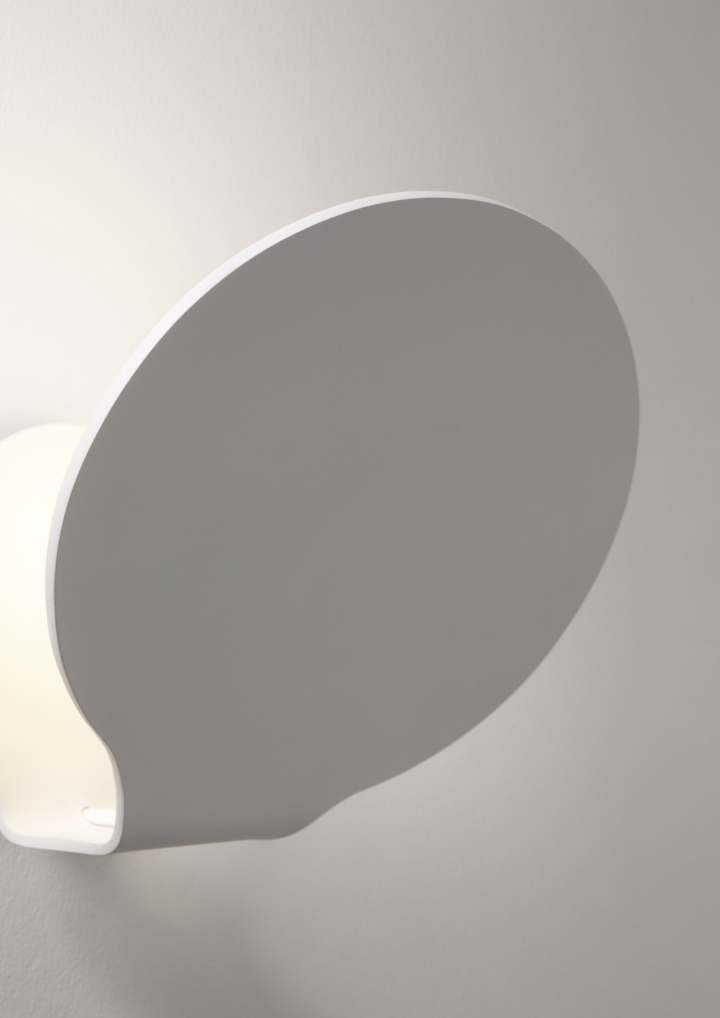