At Eurocucina, at the next International Furniture Fair, LAKE presents the new kitchen Air, Island, which, starting from the concepts of empathy and lightness emphasizes the exchange and relationships, always pivotal concepts of LAGO design, which focuses on the design process of individual and collective well-being and development of connections between people.

Designed by Daniele Lago, the Air cuisine is characterized by a circular pattern that transforms the island into a round table that can simultaneously accommodate the chef during his preparations as well as diners, encouraging dialogue and sharing.

"The Air" explains Daniele Lago kitchen "was created with the intent of developing, as we always do in our design, new meanings. Lately we have realized the importance of empathy as a development driver in general terms for the society in which we live and in our little regard design. The empathic design of Island Air kitchen allows a direct dialogue between the cook and who participates in the magical rituals of food preparation and through the visual relationship, that of closeness to the cook. "

Air the kitchen will be available in different materials and sizes, at the upcoming Salone Internazionale del Mobile, will be presented with a top in white colored glass Pure Touch with a 180 cm diameter, where to eat even ten people.

Suspended on glass legs, with induction cooking and cuisine combined to 36e8 system off grid solutions and the peninsula, the new kitchen LAGO will be presented during the fair in conjunction with the chandelier hood Summilux Propeller white glass with metal finish floor bright copper effect, designed by Fabrizio Crisà. The new Elica hood creates the right balance between emotion and technology, making it the ideal product to be installed on Air cuisine. The double LED lighting of the hood, which gives the possibility to modulate the intensity of the ambient light and at the same time to have an LED disk directed towards the cooking surface, means that the light is protagonist. Adjustable with a convenient remote control and enriched by high-performance filters odors and easy removal, Summilux is equipped with sensors able to detect the type of cooking and the amount of vapors emitted, so optimally calibrating the suction level needed.

Adaptable to smaller homes, the new kitchen LAKE Air was born to be a worthy tribute to empathy and human relations: it's like being all around a circular table, high enough to make convenient food preparation and its sharing with others.

For the company, human relations are not only the ultimate goal of its products, but also an important guideline with which to guide the design. LAKE always carefully chooses its partners with whom sum experience, knowledge, passion and energy and collaboration with Helix is ​​a perfect example. Daniele Lago so narrates the meeting with Francesco Casoli, President of Elica Corporation: "With Francis we met a year ago and we immediately had common visions. I think that in Italy we have a lot more ally to try to become more relevant and competitive, especially for conquering international markets. This is the meaning of LAKE and Elica who started a partnership path that will only bring good to both. "

The new kitchen LAGO Air is thus the first step of a journey that will see the two allied companies in the definition of projects, thanks to the sum of their respective experience and expertise, they can become examples of innovation.

Sambonet, a leader in the design and production of quality tableware and kitchen, is partner for the styling of the new kitchen Air. 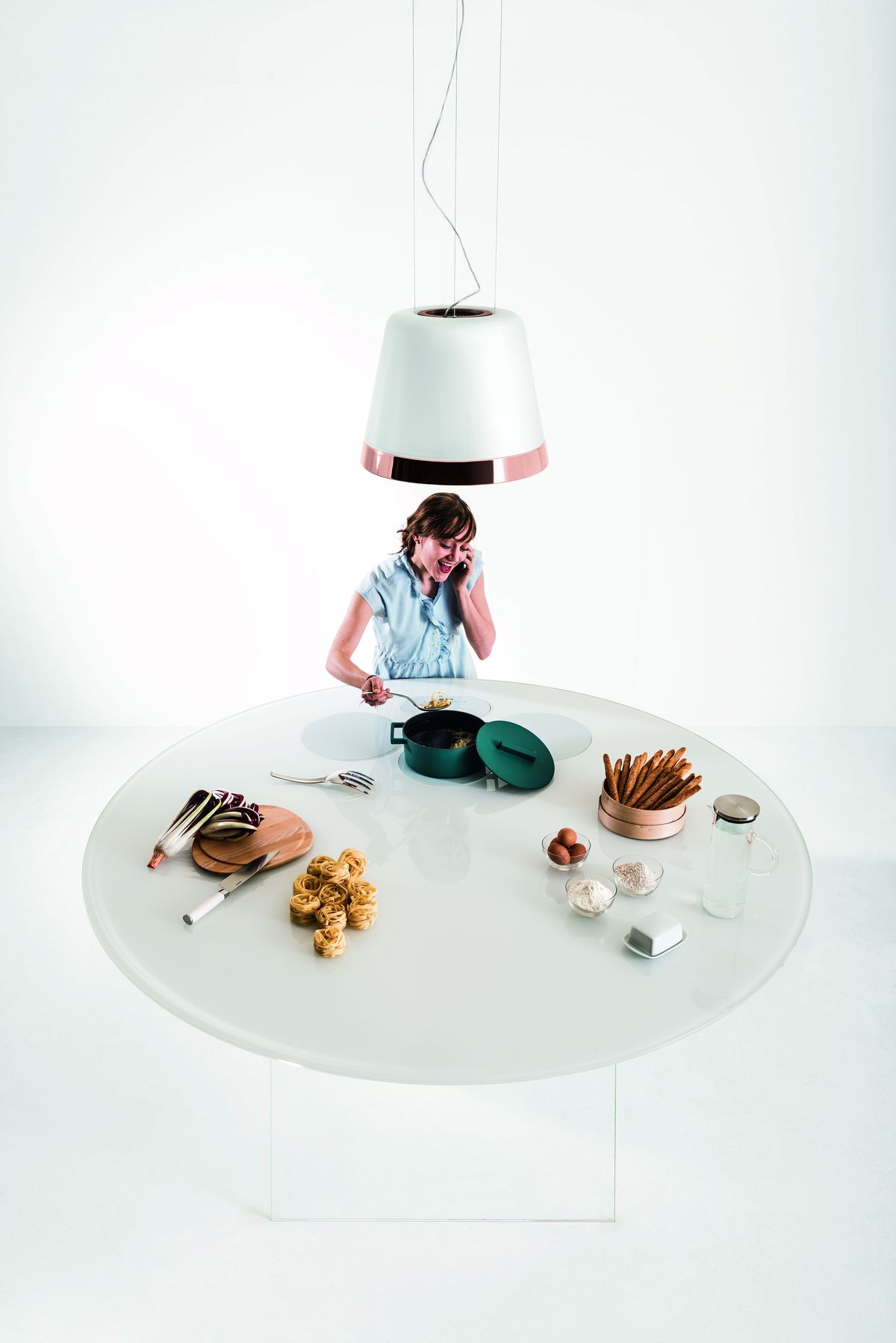 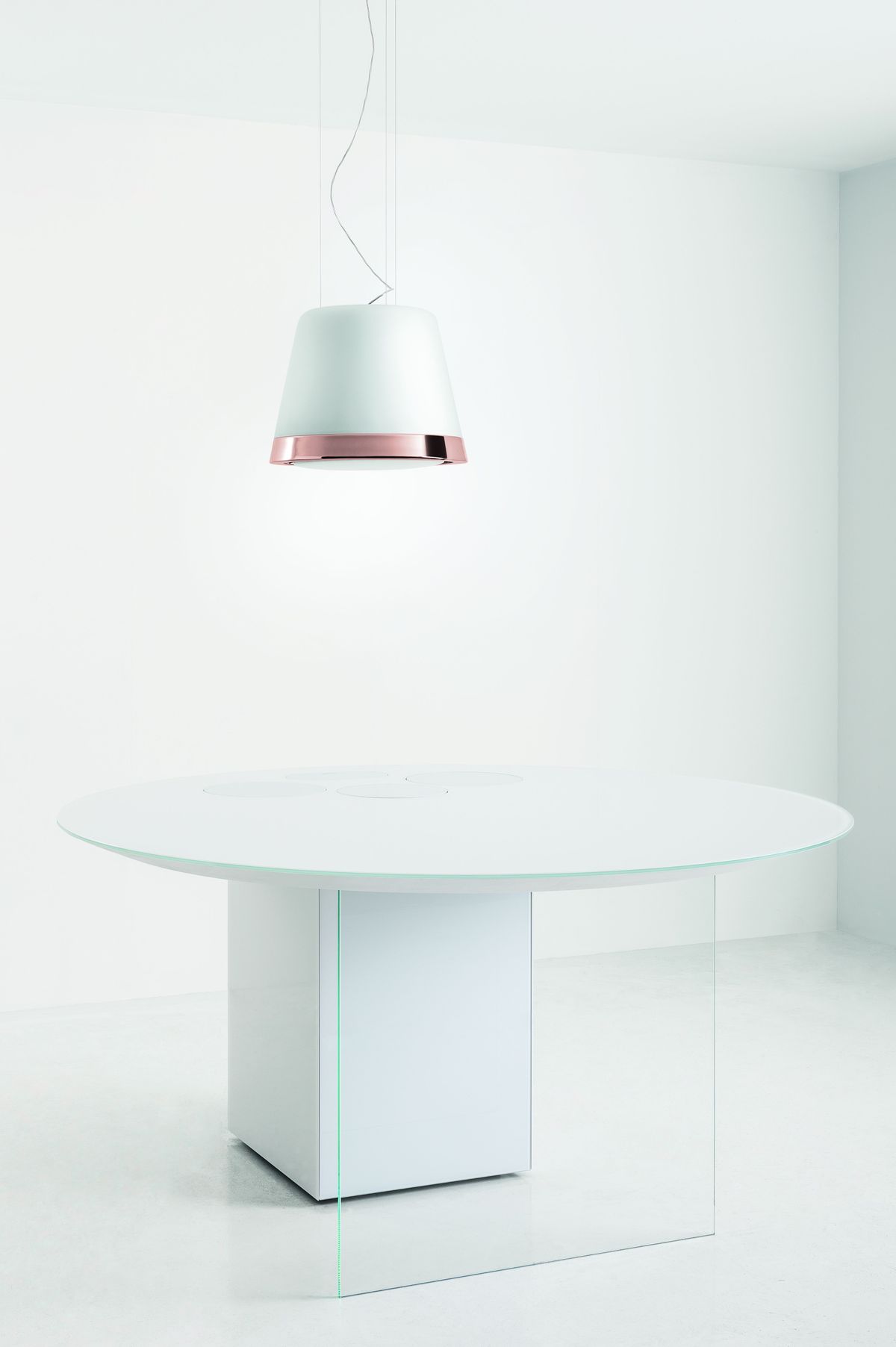