The new collection of Ki Scavolini at Salone del Mobile 2016 it has been modified: 2017-04-07 di jessica zannori

The experience and the excellence of Italian Scavolini and from the interpretation of design intended as surprise, experimentation and attention to detail typical of Nendo - the Japanese studio led by Oki Sato - the Ki collection is born.

One proposal, for kitchen and bathroom environments, perfect interpreter of the international strategy that characterizes the company today, already evidenced by the other recent proposals of the brand signed by prestigious designers such as: Ora-ïto, Diesel Creative Team, Michael Young, Karim Rashid, King & Miranda Design and Giugiaro Design.

"The idea behind this kitchen is to make it disappear in two objects, because this environment it is actually getting very full. They are then started from a kitchen built with wooden shelves and a white container. A real challenge because the functions of this environment are manifold. I wanted to create more space, a sense of freedom and something that, in a sense, relaxes you: something totally different. And 'so that was born Ki Japanese for their own tub or container but also wood. A single word so that it encompasses the two main traits. The concept also extends to the bathroom, here the focus is on the shelves, and on their aesthetic and functional role. " Nendo

The concept revolves around the idea of ​​"making the environment disappear" into two objects to create space and offer absolute design freedom: a container, a unique object with a strong connotation, the synthesis of an expressive code that can be repeated at infinity and a wooden shelf with pure essentiality (Ki, in Japanese means container and wood). A rigorous evocation of a minimal and extremely contemporary taste that encompasses exclusive values, creative thinking, innovative challenge, constant research, Made in Italy quality and attention to detail.

So imagine new ways of living space with a project where the two elements, the container, and the shelves from linear volumes, create a real containment system that becomes the star of compositions to be declined in the kitchen and in the bathroom, with Scavolini Bathrooms .

For Ki program has been specifically created an exclusive range of decorative, soft to the touch, which includes two shades wood effect, seamless integration of craft knowledge with the latest technology.

The Ki kitchen - articulated in linear compositions, island and peninsula - sees the containers resting on the shelves to act as wall units, or declined as sink and hob, new and important elements of customization.

An absolute total look: the doors, the grooves, the backsplashes, the backrests, the plinths and the tops are offered in a single finish. The opening of the bases and baskets is made possible by a door with a shaped handle side and a top with a 45 ° inclined profile developed specifically for the model. The specially designed hood completes the scenario imagined by Nendo. 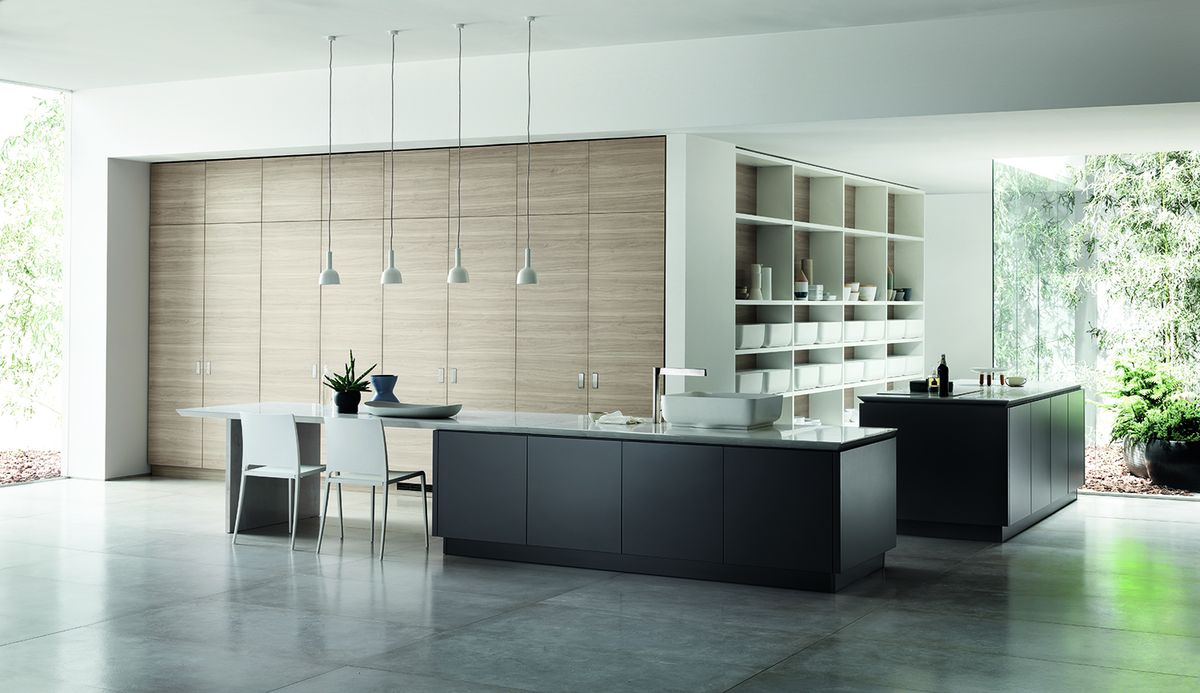 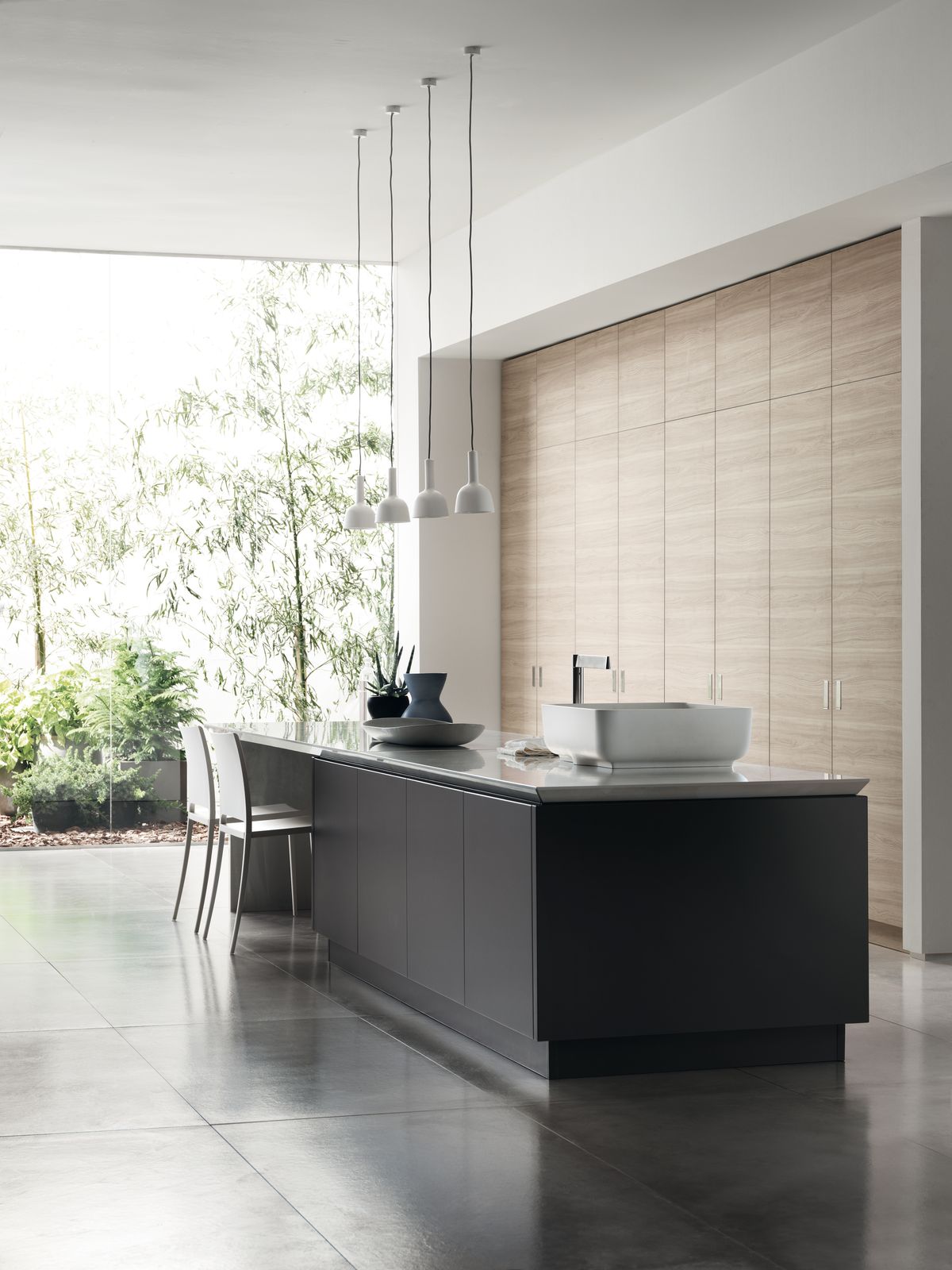 Here the container is chosen both as an alternative system to the wall units and to design the washbasin, available in countertop, built-in and freestanding variants. The mirrors, rigorous slabs resting on the tops, shelves or walls, hide a practical LED lighting system.

The lights - suspended or on the wall - which constitute an additional piece of furniture, have been specially designed for this collection, as well as the freestanding towel holders that can also house one of the containers. 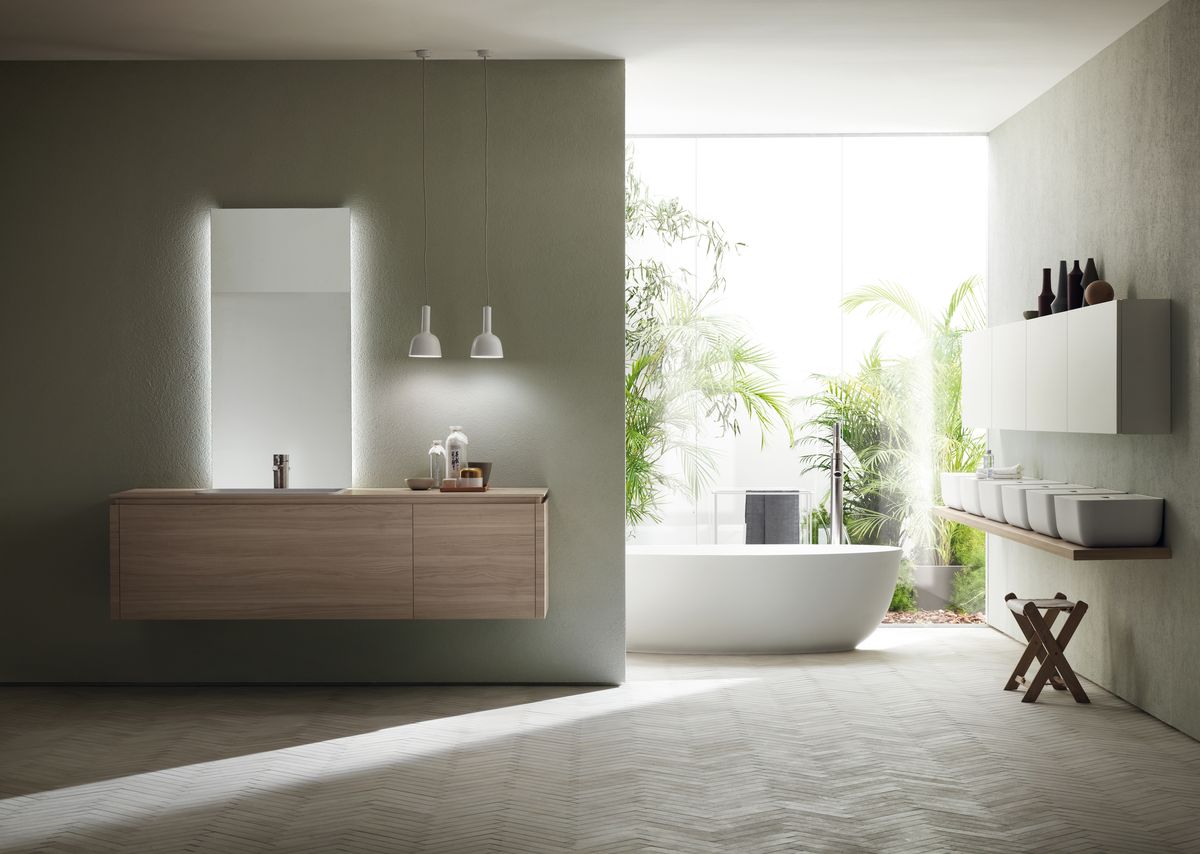 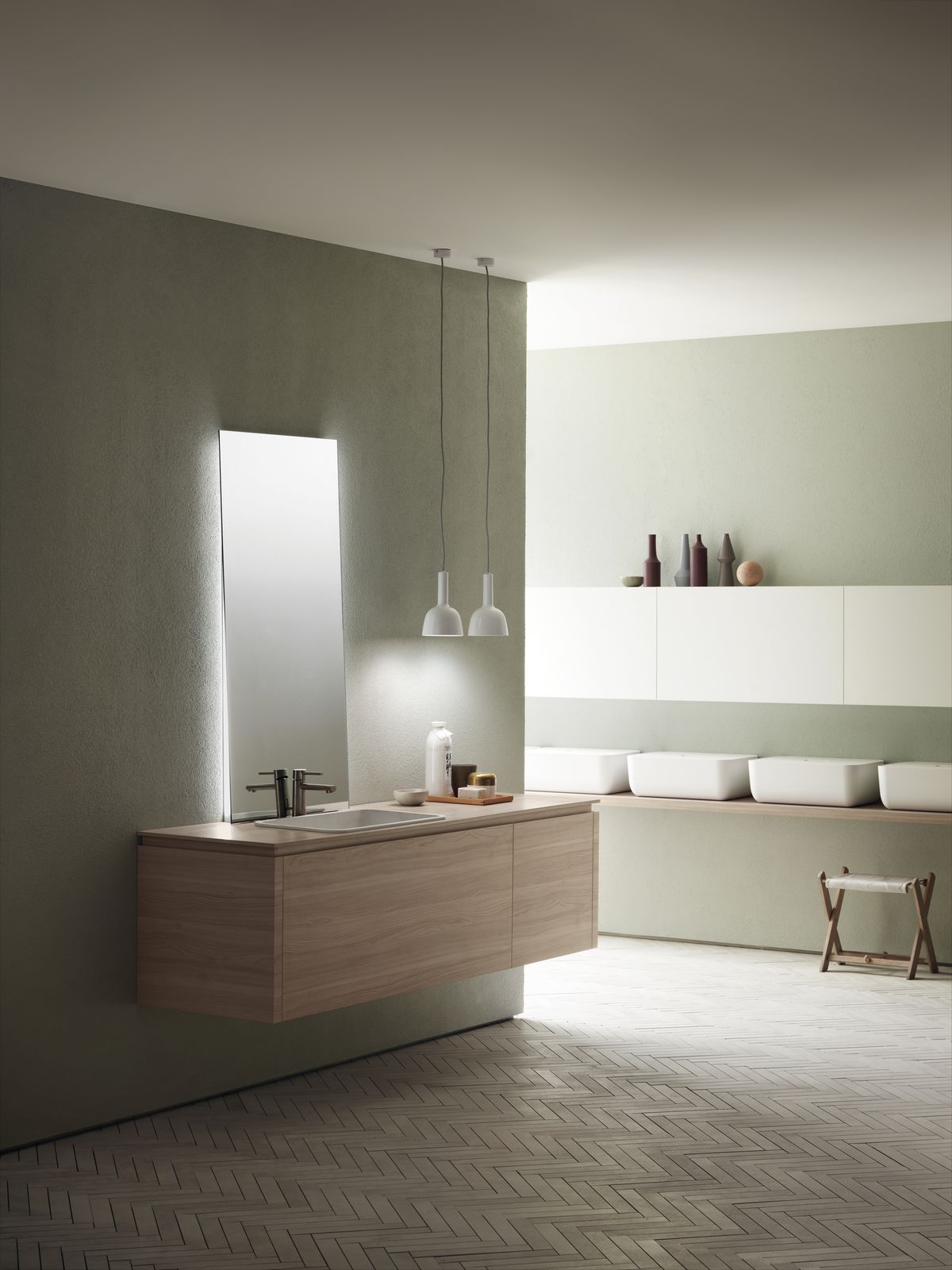