The Milan Furniture Fair 2019 adds a word to its manifesto, "Ingenuity", in homage to the genius of Leonardo da Vinci it has been modified: 2019-02-15 di Benedict Flowers

Presented yesterday 58th edition of the Milan Furniture Fair, an event that goes beyond the simple concept of the fair. Announce news in the format and a new term in the poster, "Ingenuity" understood as genius in doing and thinking and in homage to the genius of Leonardo da Vinci, in the year in which they mark the 500th anniversary of his death. The installations in the center of Milan are also dedicated to Leonardo.

The 9 edition of the Salone del Mobile will take place from 14 to 2019 April presented with a packed press conference at the Milan Triennale. the first intervention was of the Minister of Bonisoli cultural assets and activities which emphasizes how the Salone del Mobile is no longer just a fair, but has become part of a global collective imagination of what happens in Milan and in Italy in the design world.

Design is part of the cultural heritage and as such can be protected through tools such as business museums or company archives, the same applies to the Salone del Mobile, its brand and its contents.

Minister Bonisoli reveals that a state initiative is being studied to support the world of design at different levels including the museum, there is the intention to create in Milan a design museum of global importance. To this end, the government will make 10 millions of euros available.

The Mayor Hall thanking the minister of the assets and cultural activities for his commitment underlines the centrality and the weight of the city of Milan with respect to the nation. 10% of GDP and 30% of foreign investments are the data that confirm the leadership of the city of Milan compared to Italy, a condition that needs support and support from the national government.

The Show is an important moment in various respects, for entrepreneurship, for tourism, which in Milan has increased to 50% more than in the pre-expo. The Salone is also culture and an opportunity to connect the whole city.

Milan, design, furniture fair, Triennale, four concepts that have built an important part of the Milan present, but also of the near future. He supports it Stefano Boeri, president of the Milan Triennale, announcing the opening of the Museum of Italian Design, which will be inaugurated on 8 April to coincide with the 2019 Salone. The permanent collection was curated by Joseph Grima Director of the Museum of Design Foundation. It will be a first part of a collection that we hope will be extended soon. Immediately after this inauguration will open a phase of great creative design to make the Triennale the home of a true great design museum.

A key role in the Salone del Mobile system is Federlegno Arredo, whose industry represents the 5% of the national GDP of the industrial sector, with 42 million of turnover, about 80 thousand companies and 320 thousand employees. The talk about it President of Federlegno Arredo Emanuele Orsini stating that the 2018 has led to a growth in the 3,2% industry but looks at the 2019 with some concern, given the forecasts, however, thanks to an export percentage of 50% it is hoped that the sector can hold better than others.

President Orsini announced that Federlegno Arredo will have a new headquarters, with a new vision at the base, an office open to all associates that will serve as a think tank and exchange also with publishing. The architect is working on the project for the new headquarters Michele De Lucchi. 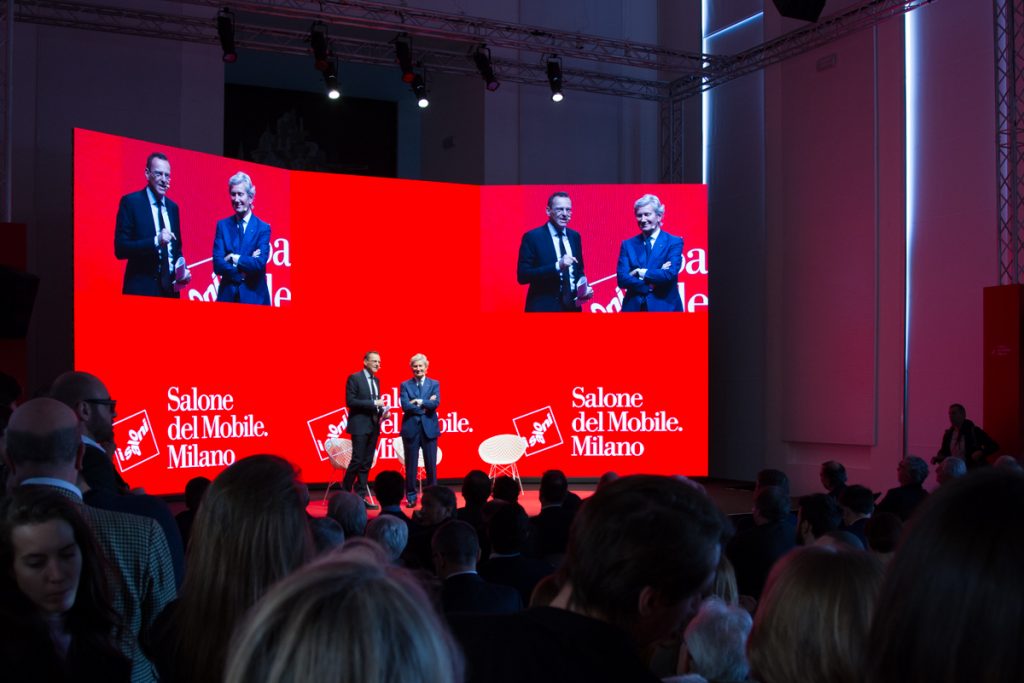 Inggegno it is the new word that becomes part of the Poster of the Salone del Mobile already presented in 2018. Ingenuity understood as genius in doing and thinking but it is also a tribute to Leonardo da Vinci in the year of the celebrations by Vinci on the occasion of the 500th anniversary of his death.

From the point of view of the exhibition format the biggest novelty concerns the Office hall, Workplace 3.0 will no longer have a dedicated pavilion, the boundary between living spaces and work spaces is increasingly blurred, and the offer is also affected by this transformation.

In the spaces of the 22 and 24 pavilions, which remain free after the re-examination of the office hall, a series of brands will be hosted that until now were exhibited only at the Fuorisalone. The space dedicated to Euroluce remains unchanged. 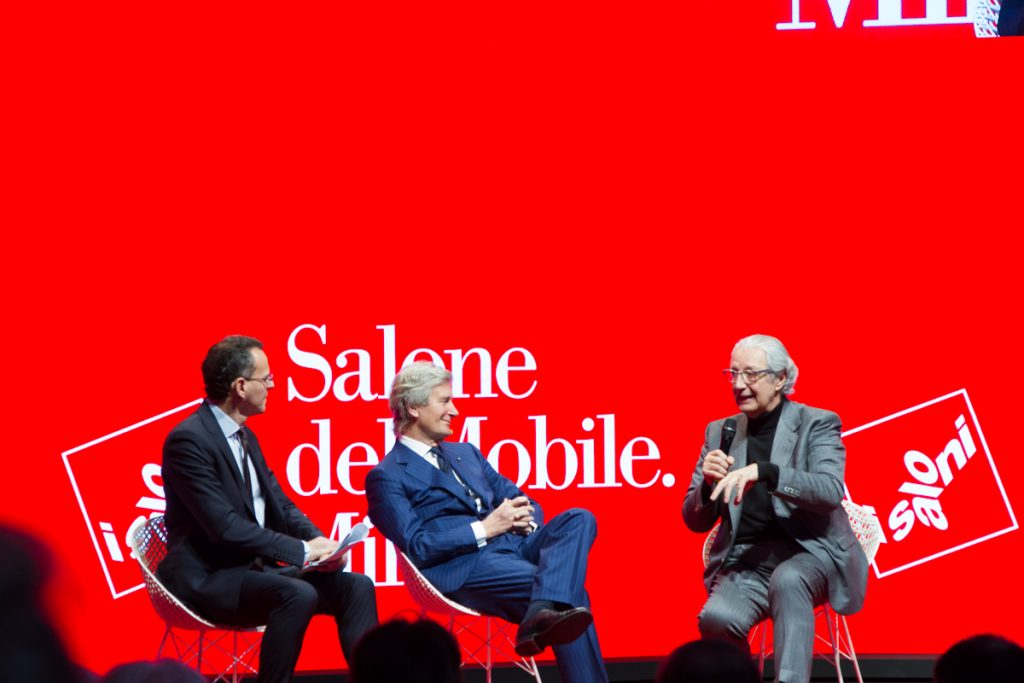 The Salone del Mobile.Milano anticipates the city commemorations for the 500th anniversary of Leonardo's death with two large installations: in the city, the originality and visionary depth of his scientific investigations will be celebrated; at the Fair, the experience of designing and Italian know-how, from the time of the Master to the present day.

Leonardo's creative impulse, as a globally recognized icon, in its innovative, receptive and multifaceted nature, is therefore an important legacy for the city, which keeps an eye on the historical heritage of its past and looks beyond, to a future of change and awareness of one's role in the world. For this reason, the Salone del Mobile has chosen to celebrate Leonardo in the heart of Milan, at the Conca dell'Incoronata, with an installation of great quality and evocative power dedicated to his genius and his studies on water.

AQUA. The vision of Leonardo will tell, between reason and enchantment, a small fragment of the Renaissance and the future of Milan.

Not only. Given the immense relevance of the Vincentian legacy and which spur for those who, in fact, have all the credentials to embody the legacy of Leonardo and Ludovico Sforza - designers, young talents, entrepreneurs - the Fair will also realize at the Fair, at the 24 pavilion, a project aimed at celebrating the legacy of da Vinci to the culture of planning and know-how, a theme that today is more than ever relevant to the world of design.

DE-SIGNO. The culture of Italian design before and after Leonardo will evocatively portray the Renaissance genius and its relationship with contemporary Italian design. 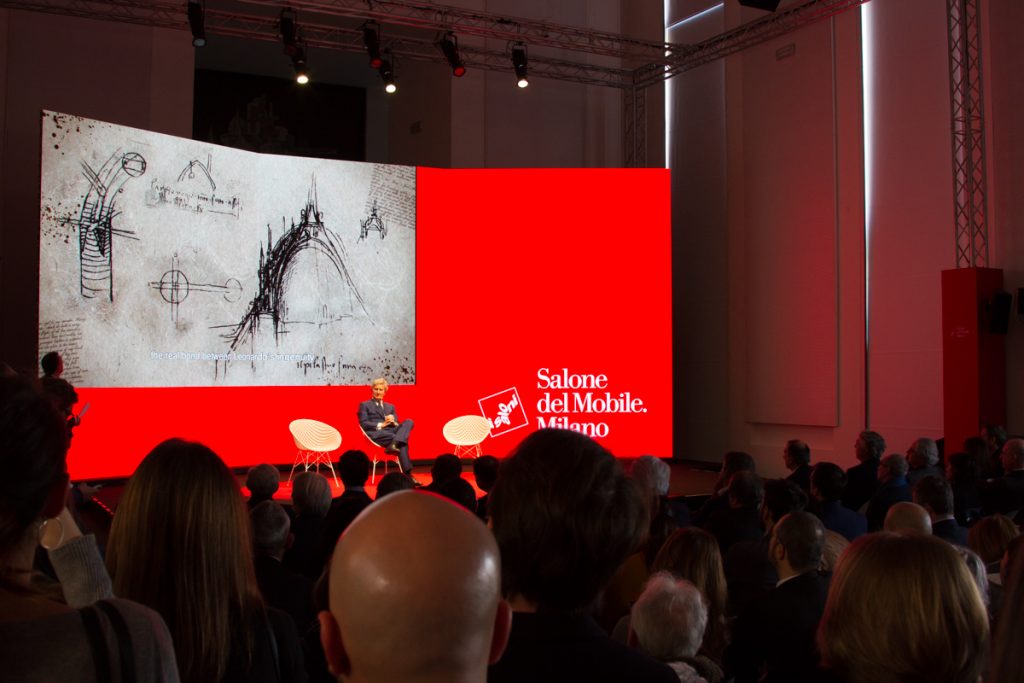