Made in Brazil colors the Milan fashion week it has been modified: 2019-02-26 di Benedict Flowers

A green brushstroke in the colorful scenery of Milan Fashion Week that took place from 19 to 25 February.

The carioca company All Branding has brought the Brazilian brands Kroché, Chemiserie, Annaka and Gaitee to the fashion capital for a series of private meetings, as well as photographic shoots in fascinating locations such as the Villa Reale in nearby Monza. An aperitif in petit comité at the elegant Milanese hotel Principe di Savoia also celebrated the presence of the four brands in Italian lands.

The Made in Brazil collective - two clothing brands; one of accessories and one of jewels - expresses itself through a contemporary style with solid foundations in handcraft production. They are "glocal" brands as they combine an international aesthetic sense with the enhancement of cultural heritage, raw materials and local labor.

One hundred and three are the years of the inspiring muse of the Kroché accessory brand. The very active and centenary Mrs. Domingas Abadia is the great "ïnfluencer" as well as the grandmother of the designer Ligia Frick, founder of the Brazilian brand that offers job opportunities to women of the elderly and who has modernized the crochet ("crochê", in Portuguese ).

Everything came from Ligia's love for fashion and craftsmanship, the desire to create an activity and an important memory: the difficulties her grandmother had many years ago, no longer young, to relocate to the labor market . So the designer decided to create the social project "Tecendo um novo caminho / Tessendo a new road", in the hinterland of São Paulo, to create crochet bags and sandals in a current key and enhance the inclusion of ladies in the production activity .

"The project started in October 2017 - tells Ligia -. The artisans began to gather in groups, in their homes, to embroider crochet and give new meaning to their lives. Today the initiative has further developed and also embraces women of other ages. Both for those who produce and for those who buy, this is a new approach in the world of "fashion": more conscious, affectionate and with a true value. Between yarns and needles, our "crocheteiras" give life to beautiful pieces in the midst of many laughs, tips, dialogues. Because here it is affection, it is love at every point "he adds.

Bags, accessories and shoes, with a strong and modern character, are made with great attention to sustainability. "We use raw materials that do not damage the environment and offer an excellent finish to our bags and accessories. The waste is almost non-existent, because everything here is reused from scraps of fabric to advanced strings ", explains Ligia.

The result? An authentic, conscious and quality fashion. And also a nice homage to Grandma Domingas. 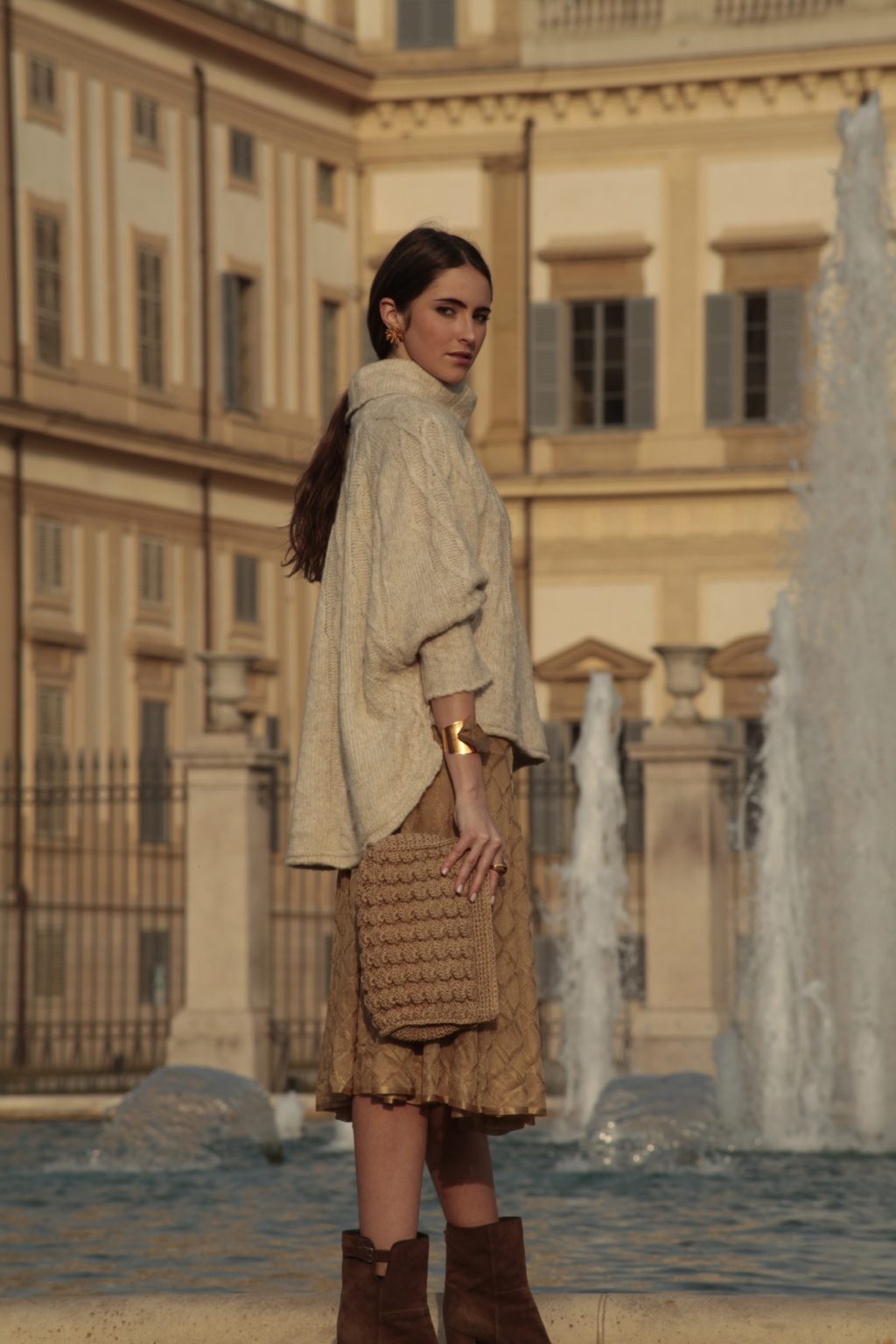 The name reveals the main mission of this brand, but not everything. Chemiserie is much more. The atelier designed by designer Simone Bastos is, by its nature, specialized in refined shirts, but - since opening in 2008 and thanks to the success achieved - in a few years has expanded into the design and production of all the pieces for the female wardrobe. The brand proposes atemporal clothing that escapes from modism and is produced in its own workshop, with extreme attention to detail. For day and evening, work or events, even for the beach, the creations of Chemiserie are versatile and elegant.

"I graduated in Economics, but I've always been in love with fashion. After living in several countries and returning to Rio, the city where I grew up, I decided to invest in an activity that represented me at 100%, creating tailored pieces and having contact with people ", remember Simone. 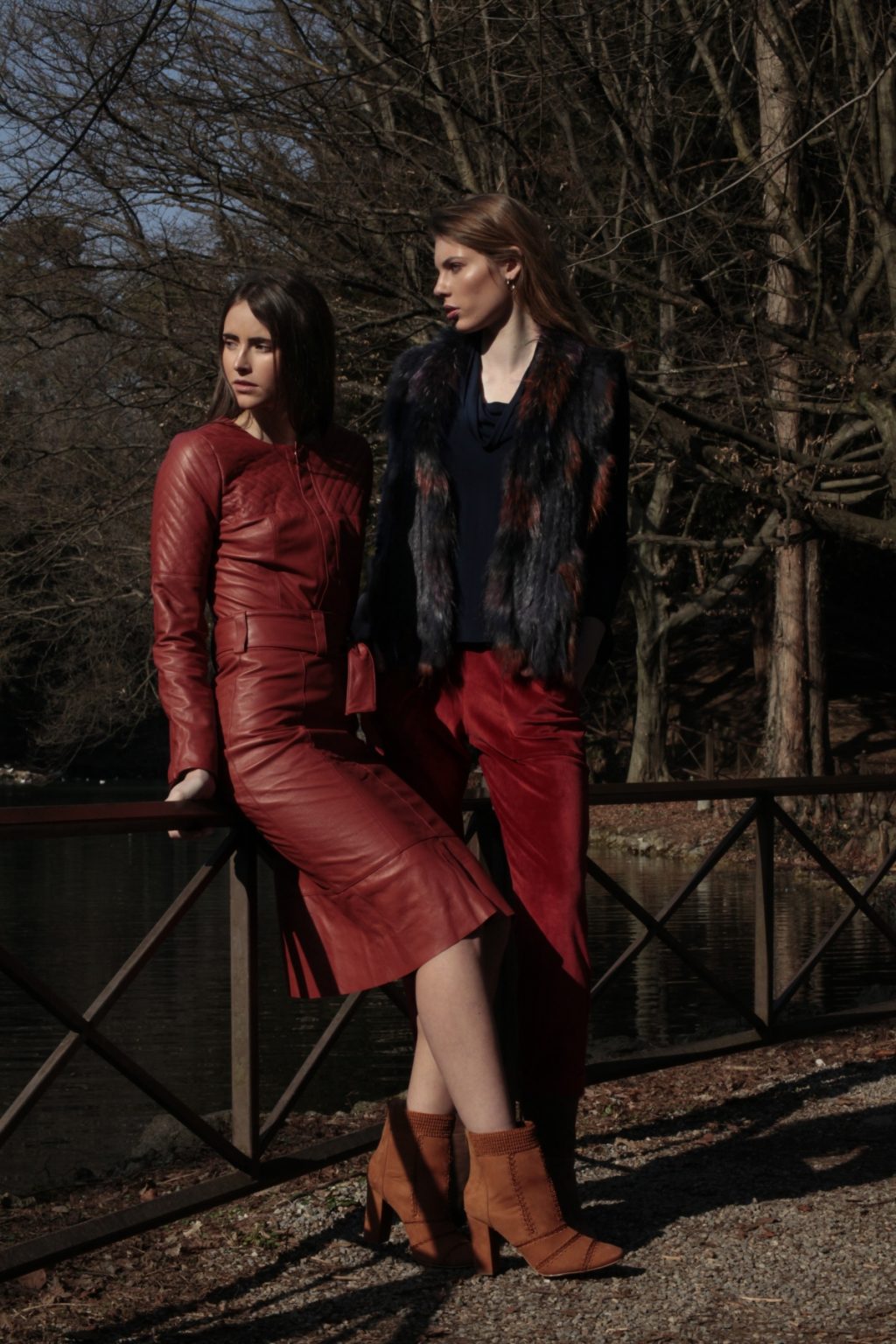 Exuberant. On the impact. Signature. These adjectives define the design of Annaka, jewelery brand and maxi luxury bijoux designed by Anna Karina Lins. Rings, earrings, bracelets and necklaces are characterized by sinuous shapes, organic lines and floral motifs, and are made of 18 carat gold-plated metal, black rhodium or silver. Hand-worked acrylic, rough or natural stones handled in a special way give color and enrich the creations with details.

The designer is present throughout the creative process: from the research to the concept, passing from the sketches and material choices, to the actual process of manual execution of the pieces. Anna is a pioneer in the technique of modeling acrylic by hand, which makes every creation unique, but also uses in her collections the traditional methods of jewelery and foundry.

Anna Karina Lins' career as a designer began in Paris - where she graduated in Visual Merchandising at 1995 and worked in the Karl Lagerfeld shop on Rue Saint Honoré. His passion for the luxury market has intensified in the French capital, where the utmost attention to detail and finishes is the common thread. Anna has also lived in Lisbon and returned to Brazil in the 2005 specialized in the field of jewelry, to found the Annaka brand in 2008.

His name is inspired by the French word "gaité", which means happiness, joy. These are the concepts that guide the Gaitee collections. The brand was created by Joanna Pascowitch, who studied Fashion at the Istituto Marangoni in Milan and Pattern Design at Central Saint Martins, in London, and has an important experience working for department stores.

Gaitee offers a feminine fashion with a timeless taste, enhanced by innovative cuts and transparencies. The creations in natural fabrics such as linen, cotton and silk offer different possibilities of combinations, they are wide and fluid, with a touch of class, leveza and uniqueness. 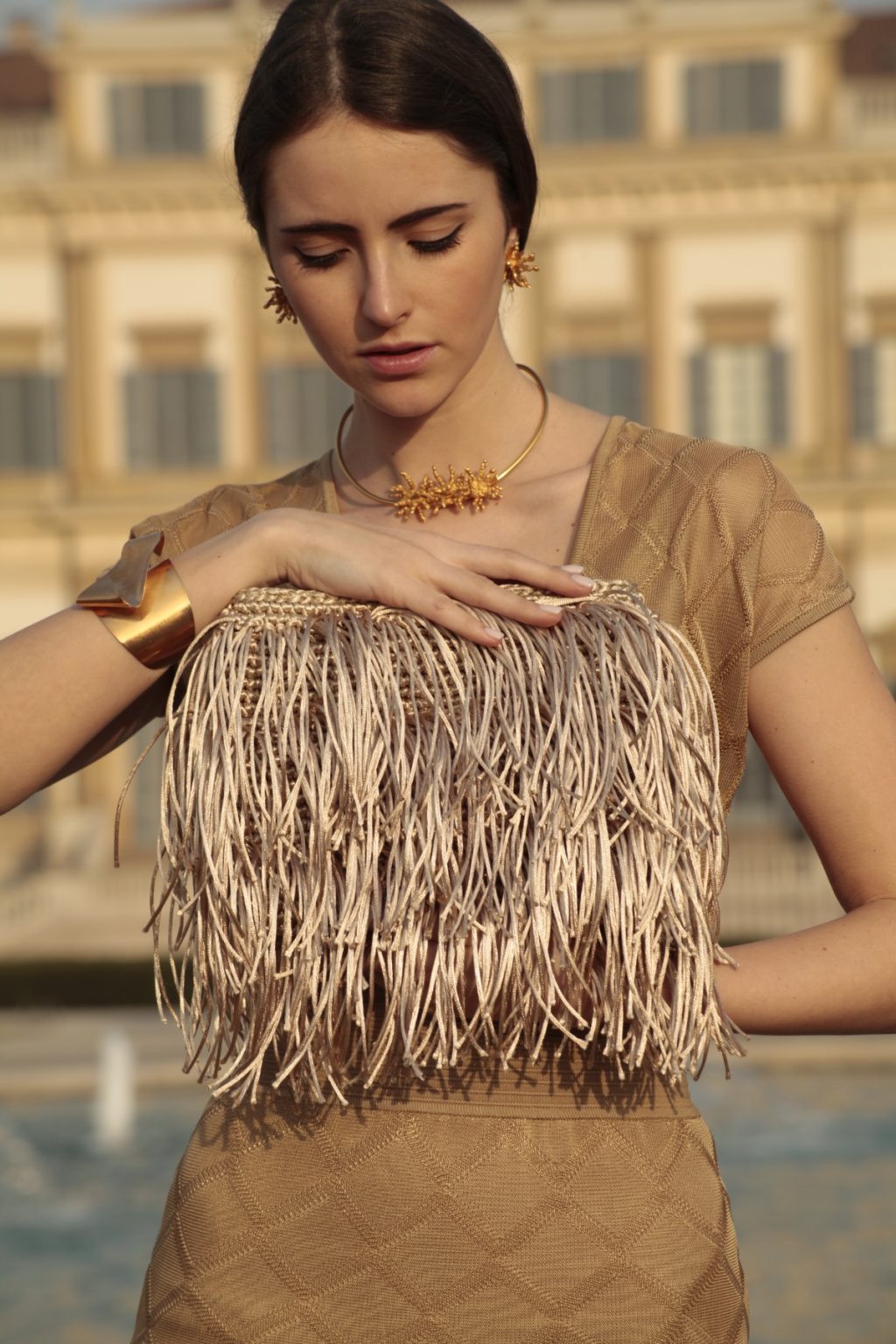 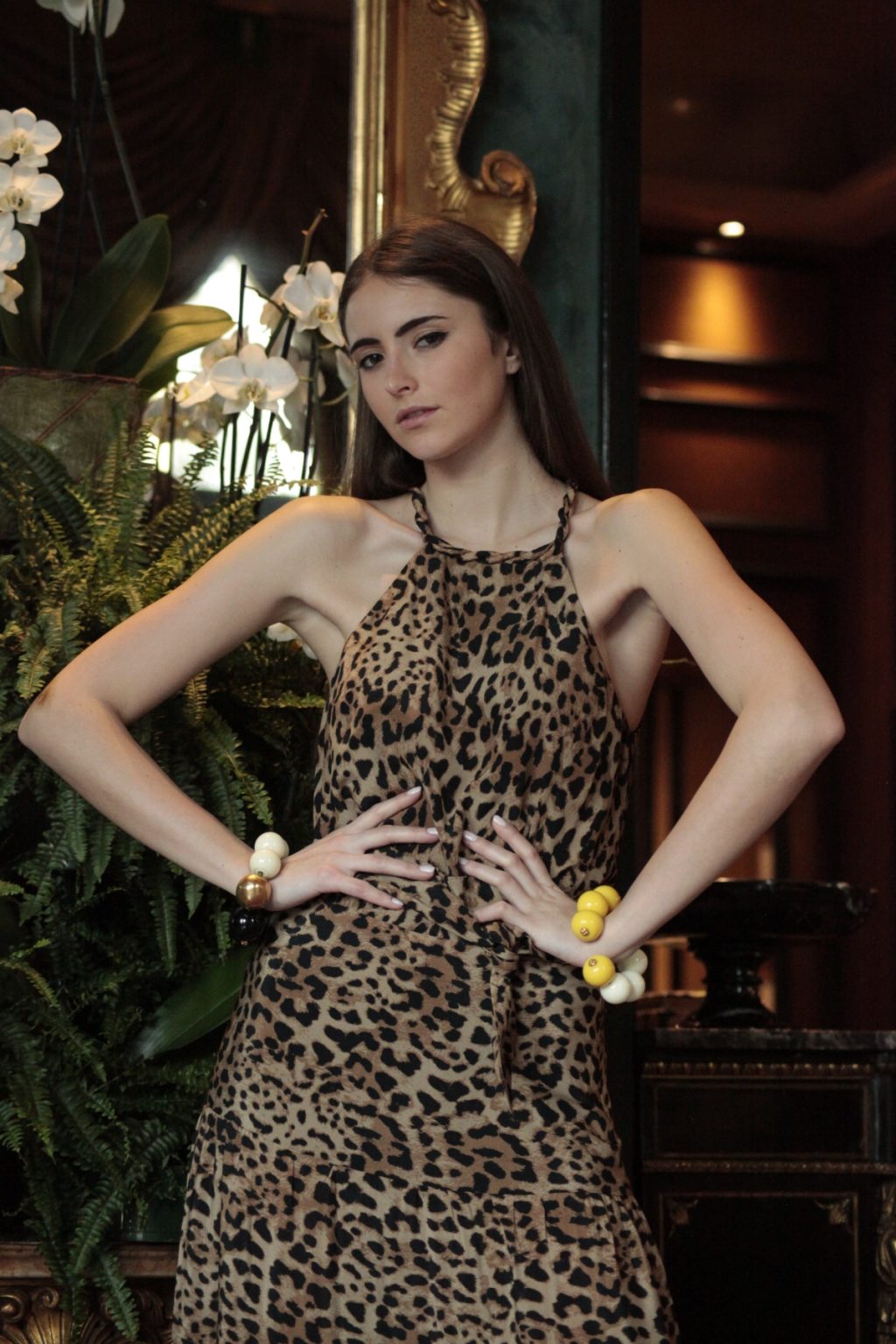 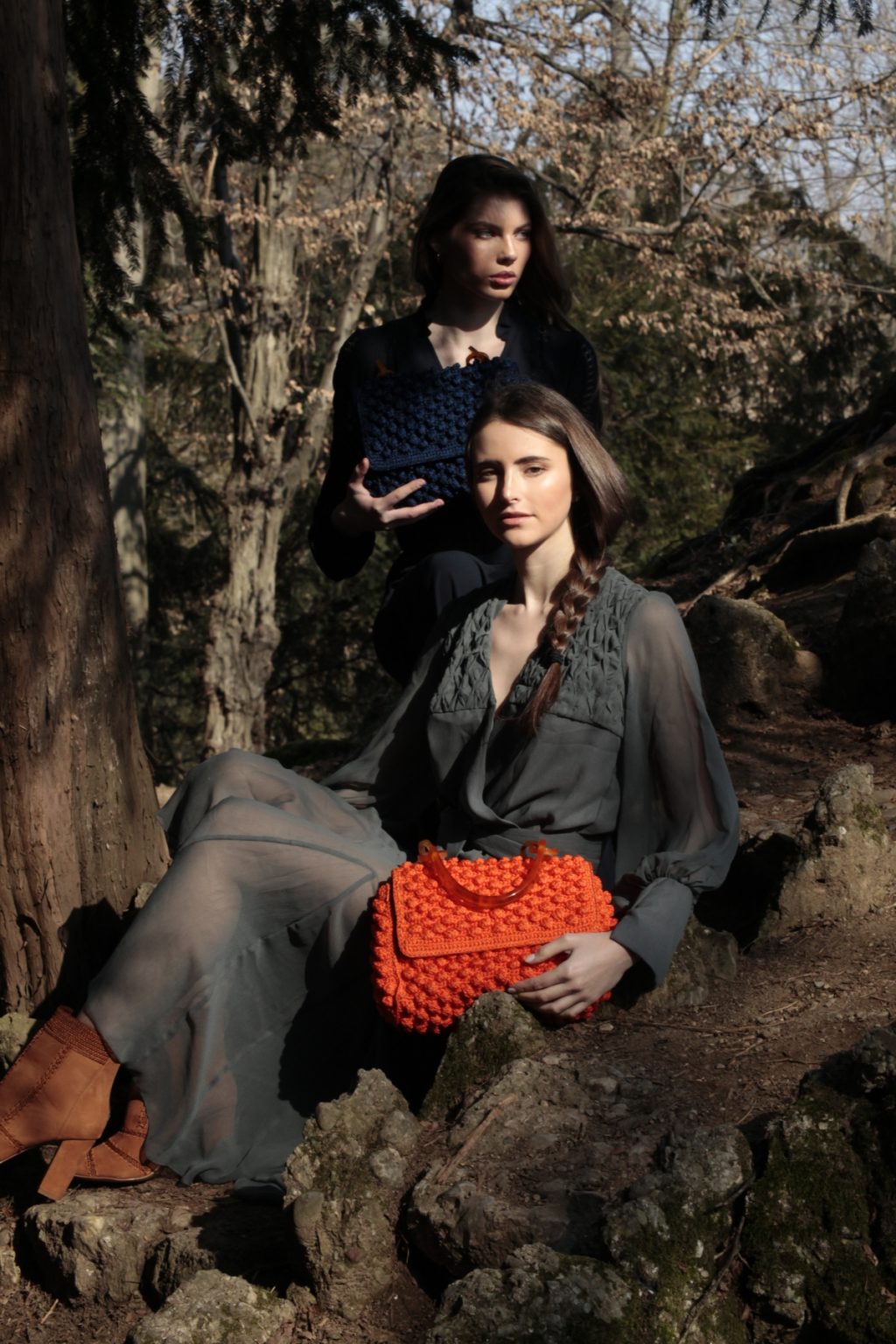 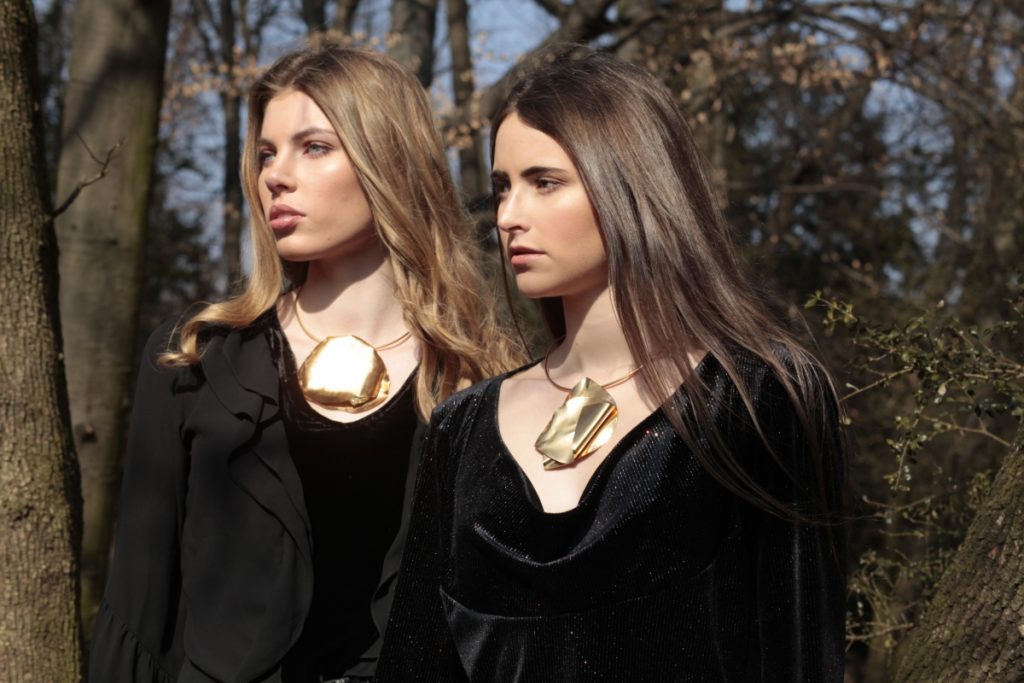 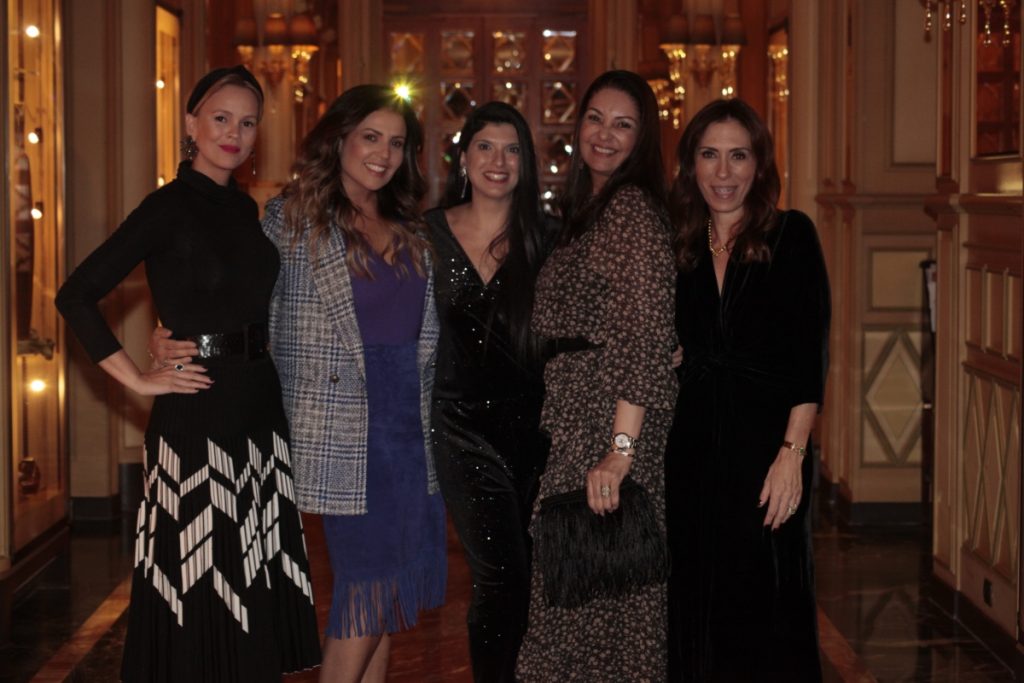 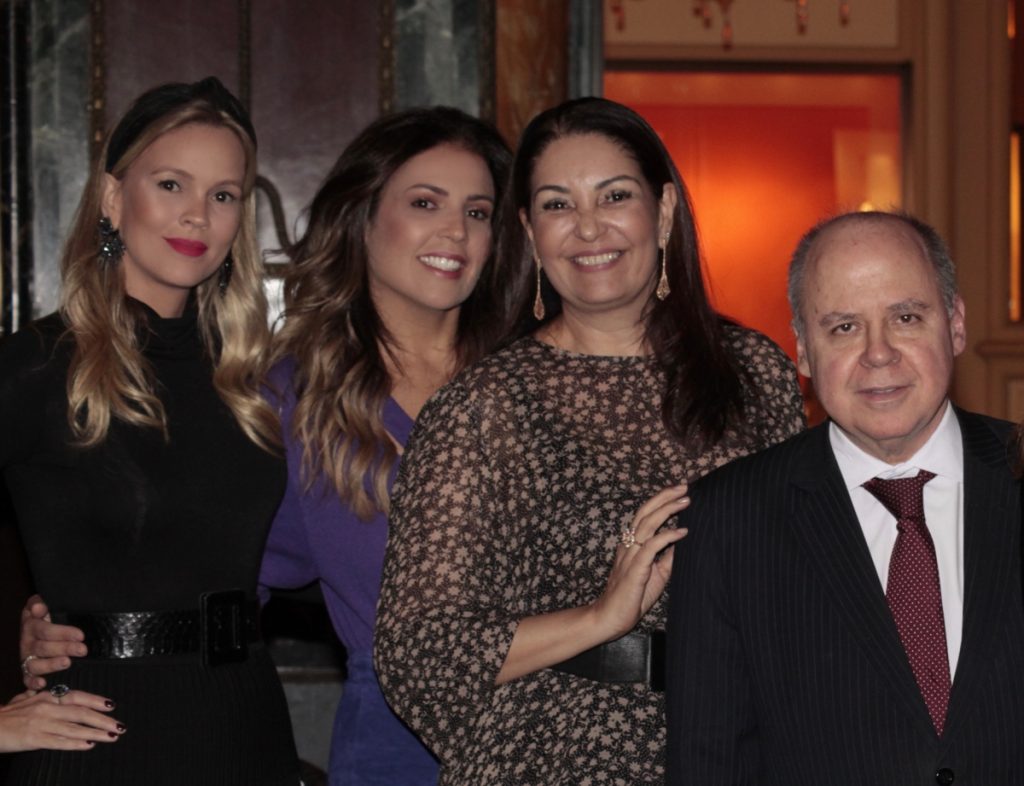 Lorena Campello and Lia Paiva, partner of All Branding, with the designer Ligia Frick (Kroché) and the Consul General of Brazil in Milan, Eduardo dos Santos. 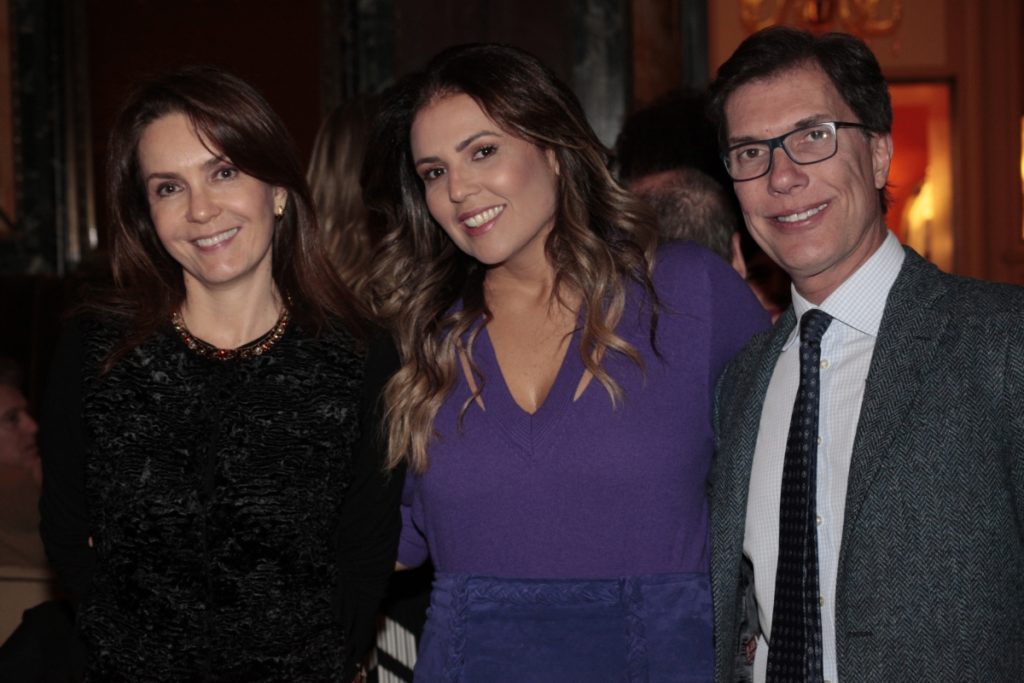 Lia Paiva (All Branding partner) between the Deputy General Consul of Brazil in Milan Julio Laranjeira and his wife Beatriz.