Buzzi & Buzzi among the protagonists of the sixth edition of "Change House, The Change-Up." it has been modified: 2016-05-11 di Benedict Flowers

Buzzi & Buzzi is back on the air in the sixth edition of "Cambio Casa, Cambio Vita!", the La5 television program.

Also this year, the interior designer Andrea Castrignano will transform anonymous and poorly furnished homes into real dream homes, creating new housing solutions and exploiting the potential of furniture and lighting objects. The Buzzi & Buzzi lighting products will appear within the new series' renovations, contributing to the creation of exclusive and charming environments.

The first episode of the new season of "Change Home, Change Life!" Will follow the Minimal / Underground theme: for an environment with such clean design, Spirit has been chosen, a total hidden recessed that will be included in the first renovation . Characterized by a frontal body and a wall washer in AirCoral® - the innovative eco-active, anti-pollution, antibacterial and photocatalytic material designed and patented by Buzzi & Buzzi, Spirit diffuses its light through an extra white satin glass; integrating completely within the architecture, it reveals only its light, without overlapping the spaces but emphasizing shapes and details.

The first episode of the sixth series of "Change Home, Change Life!", Conducted by the interior designer Andrea Castrignano and with the Buzzi & Buzzi products, will air 11 May at 23.15 on the La5 television network, 30 channel of digital terrestrial . 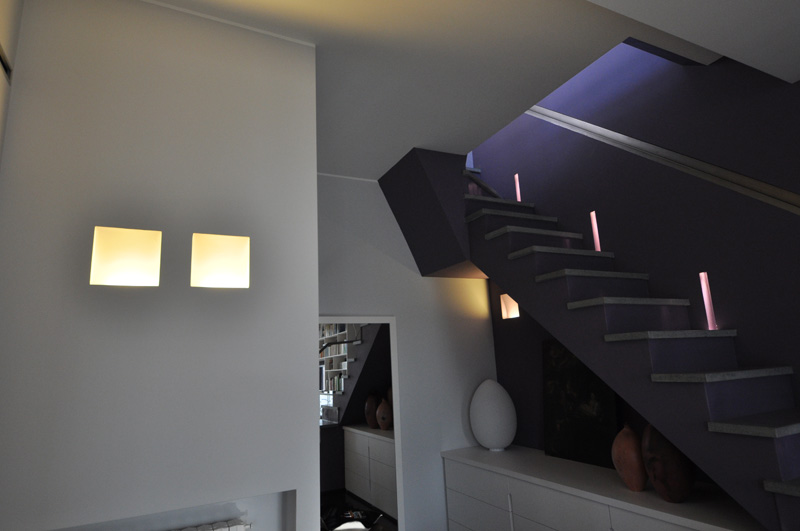