Blue and Matteo Ragni at the upcoming Milan Furniture Fair it has been modified: 2017-04-07 di alampercomunicare

The bathroom Azzurra is evolving, changing together with its inhabitants reflecting different habits. Amphibian recounts the double life of the basin.

The brainchild of Matteo Ragni, always a supporter of a design that really takes into account the real life, Amphibian is the answer to the daily needs of using the sink that you expand, according to new lifestyles.

"Often my projects are born to solve small daily" dramas "and just from a personal need was born Anfibio, a passe-partout designed to make life easier for those who live the sink as a functional and relational space, not just as an object to use "- says Matteo Ragni.

The name refers to a hybrid object, which can be comfortable in any environment, even non-domestic, such as offices or professional offices. The wide central basin has two side steps that allow the support of glasses and cups for dripping after washing.

Comfortable semi hidden compartments in the rear structure, also allow you to stow sponges, Cutlery and soap refills, always keeping them at hand.

also original pairing with a series of accessories including the mirror conceived with the same system of shelves on the back side of the ceramic structure.

In addition to the project of Matteo Ragni, designers who will work with the company to this important edition of the Salone del Mobile are Alessandro Mendini for Riviera Art and Duilio Forte for an interesting project which will also be exhibited at the Triennale in its installation in the Show "Rooms. Other philosophies of living "organized by the Milan Furniture Fair for the XXI Triennial of Milan. 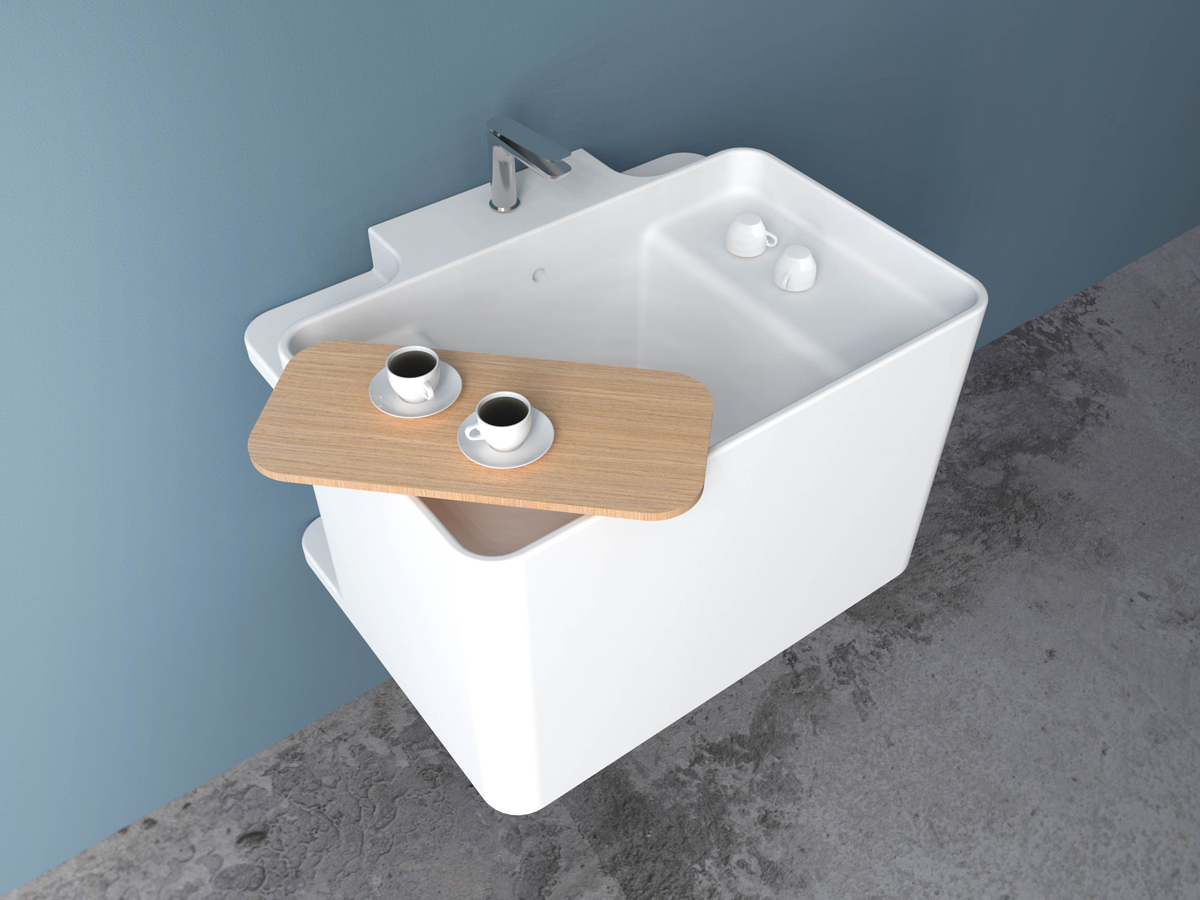 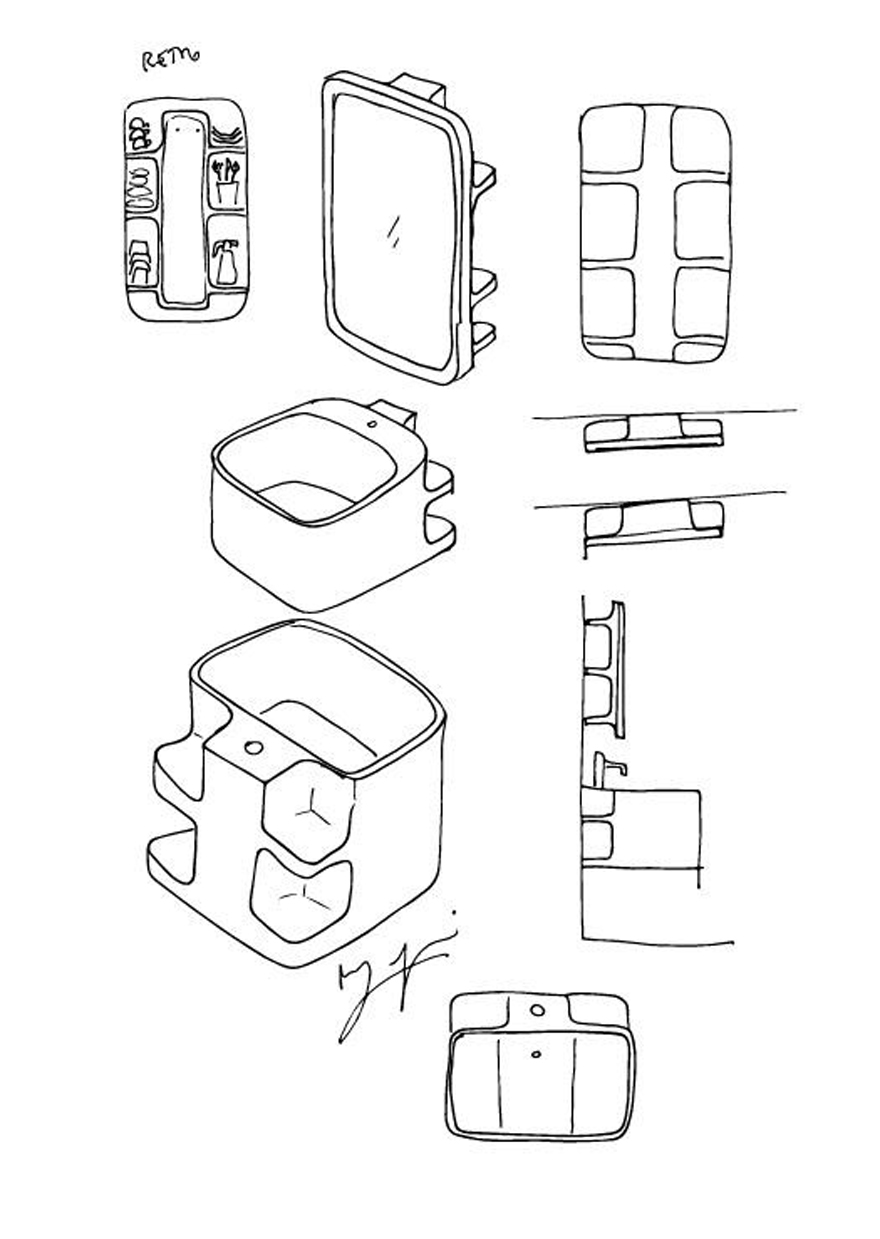 View all articles by alampercomunicare