Fuorisalone 2016 CromARTica presents the new objects it has been modified: 2016-04-12 di Elena Verderio

Milan, April 2016: On the occasion of Fuorisalone 2016 CromARTica It introduces the new eco-design objects in location Via Corsico 3.

A path that winds through the concept store Brandstorming and Home of the agency's headquarters building communication handrail Borderline, To discover the eco-design and complements the new objects of CromARTica: The centerpiece HUG; the bookends ONDA and billow; table lamps and suspension NEW Lumi, EARTH and FIRE, PEANUT. A series of objects in poplar plywood, realized by exploiting the elasticity and the flexibility of the wood worked by hand with steam and heat. A mini series characterized by soft and sinuous shapes, smooth surfaces, natural tones lit by flashes of color and illuminated by LED lights: simple, functional objects, designed for everyday use and with an eye toward the environment.

Alongside this news, many furnishings from the eco-design collection that inhabited his imagination and now can furnish new houses and spaces. Home accessories with a strong personality, ranging from tables, chairs and armchairs; chests of drawers, cupboards and consoles; mirrors, chandeliers and portaabiti. You can find two complements CromARTica Also in another location: at the Fuorisalone in fact, the big chair C'assettat and overstuffed chair I sun strac They will be displayed in the windows of Martino Midali.

The philosophy of each embodiment is to preserve to the maximum the object in its nature, reusing as much as possible, limiting the solvents and instead favoring the use of materials and environmentally friendly paints. A spark that in 2011 led Elio Misuriello to combine his work as a designer to his artistic and pictorial passion, to rediscover what was destined to become waste, but which for him becomes a challenge and a new opportunity.

In a Milan, Elio laboratory manages, through its structural and color and styling changes, to tell a new story. CromARTica It captures objects in the possibility of a second life through three main phases: identification of one interesting deviation for a new furniture; identification of a theme and design of a proper name, a sort of identity card of the piece; conversion through an intervention of recovery, rehabilitation and painting. 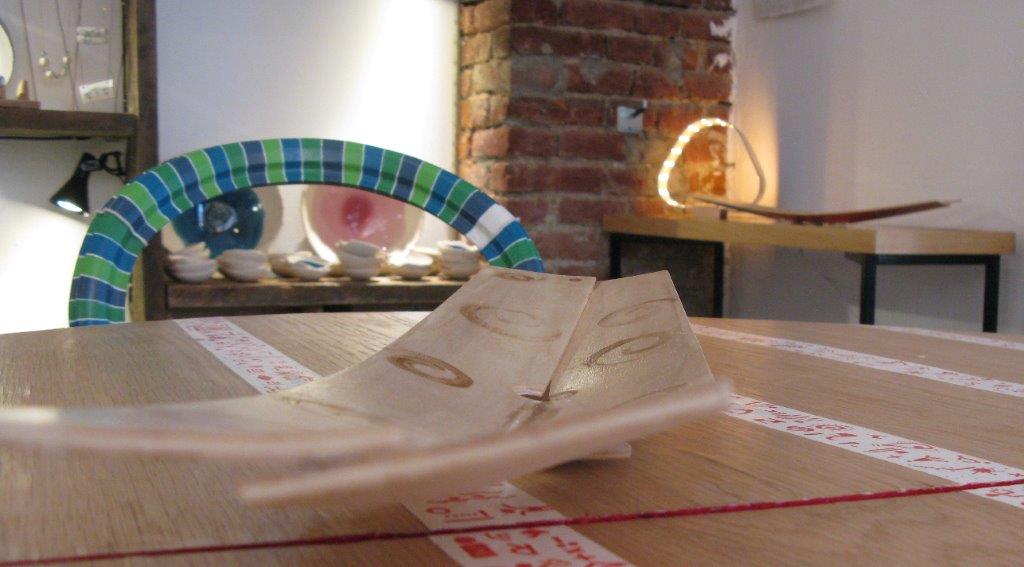 *Elio Misuriello was born in Potenza in 1971 and lived in Milan since 1993. After the diploma at the IED and a period of study in Canada he is working with various architects and design studios, which adds an adventure experiences working abroad, going to Japan. Through the years he has learned to combine the inputs of capital of design with Mediterranean chromaticity of their origins. This, combined with the human and professional skills meetings, has fueled his vision and has created a completely unique creativity that is expressed not only in the furnishings of CromARTicaEven in a series of paintings that reproduce colors and ideas.

View all articles by Elena Verderio