Panton Chair, the cult chair by Verner Panton plastic it has been modified: 2020-04-23 di socialdesign magazine

The Panton Chair was designed in the Danish designer Verner Panton in 1960.

Actually to be realized in 1960 was the first plaster model, the first designs are the 1950 when Verner Panton had the idea to design a chair plastic chair in one piece.

intermediate stage between the idea and its final materialization in the Panton Chair was another chair named S Chair, Name derived from his silhouettes to S.

Around the 1965 the development of the Panton Chair Panton continued thanks to the meeting with Willi Fehlbaum of Vitra, together realized a first version of the chair, fiberglass and polyester, which however resulted heavy and costly, in addition to requiring many hours of work for finishing.

After an intermediate version polystyrene, in 1968 Vitra began production in series using a high-strength polyurethane foam painted in colors 7. Even this solution after a few years turned out to be unsuitable and in 1979 the production was stopped.

The version currently in production of the Panton Chair is made of polypropylene.

The Panton Chair is one of the pieces that has marked the history of modern designIt is exhibited in museums around the world including the Museum of Modern Art in New York, the Design Museum in London, the German Historical Museum in Berlin and the Danish Museum of Art & Design in Copenhagen. 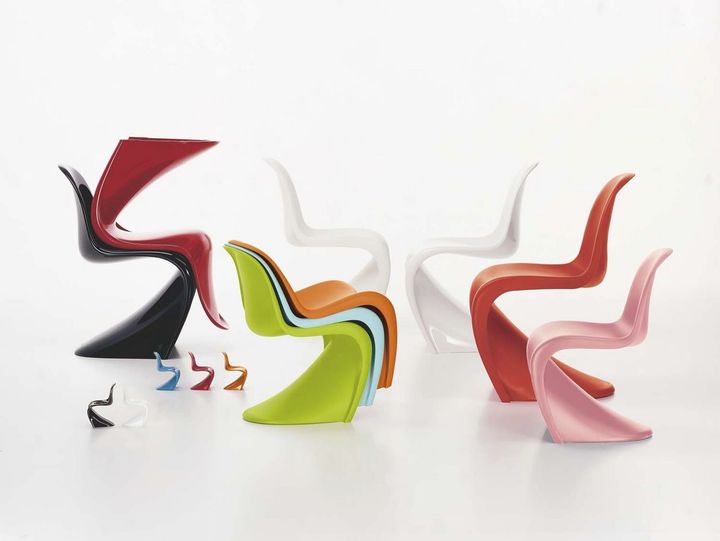 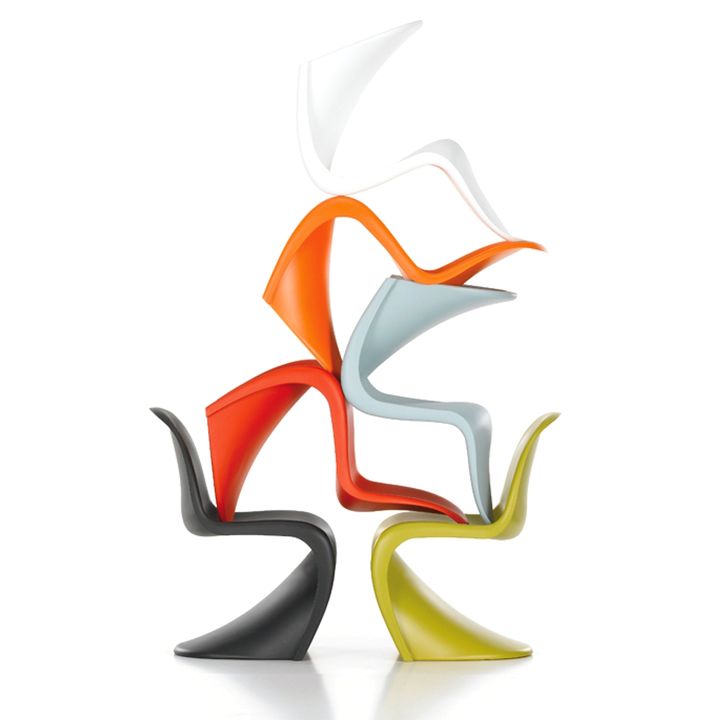 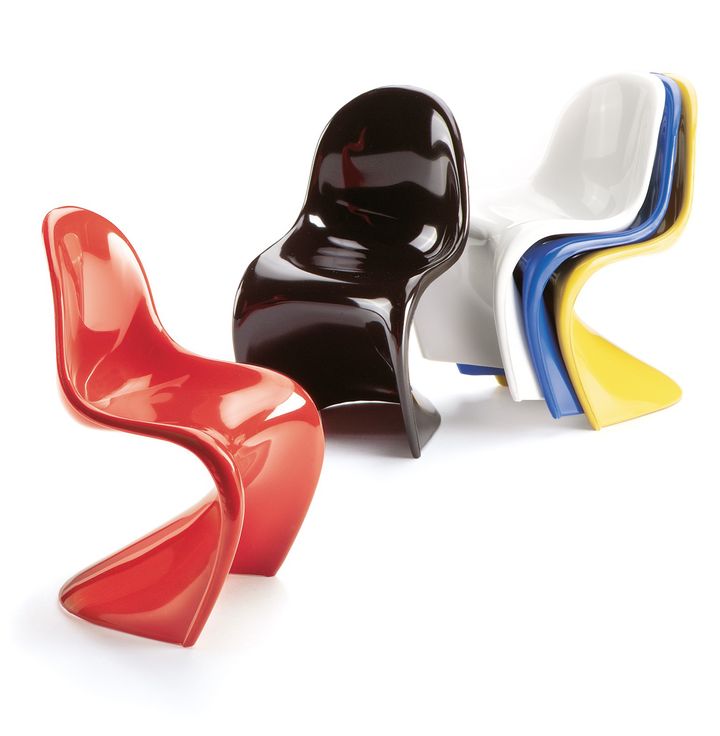 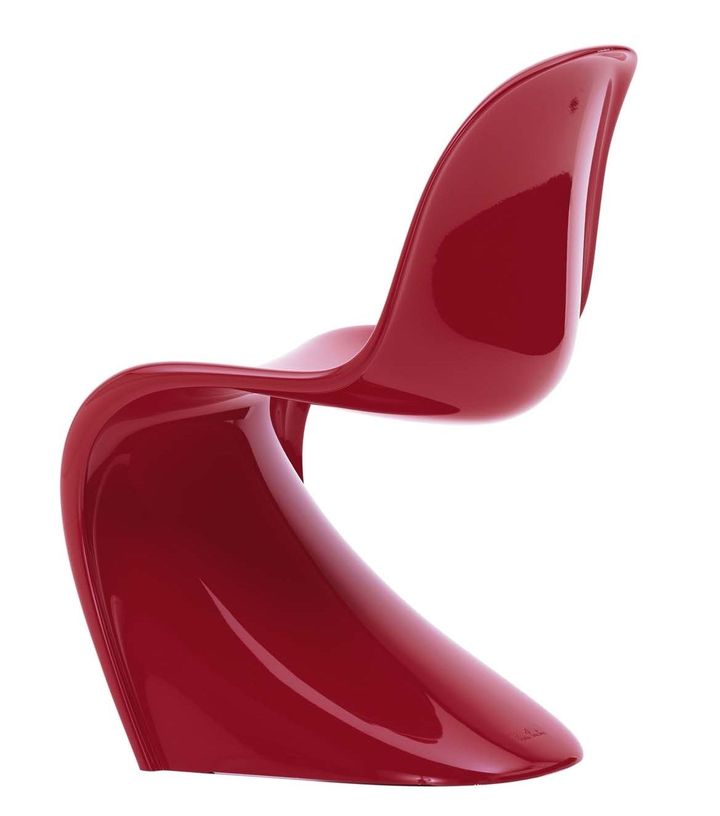 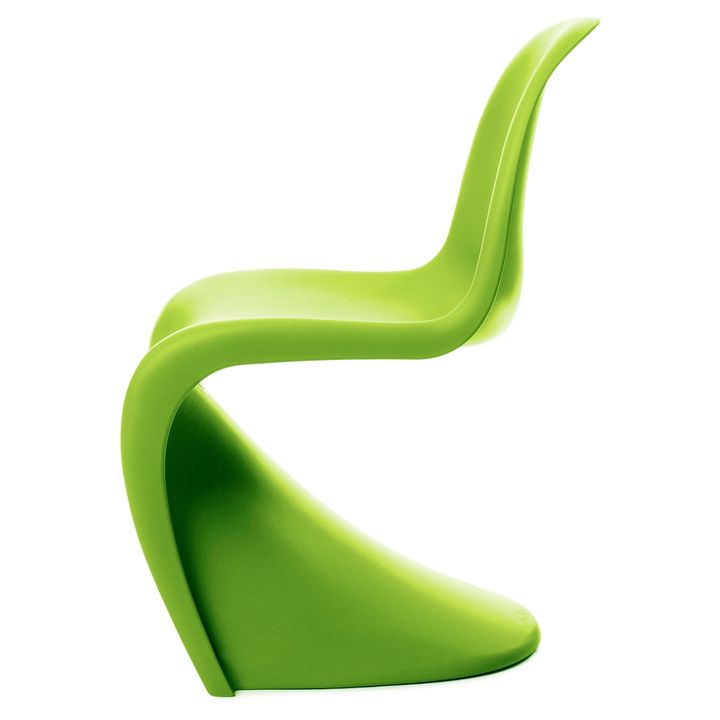