Westway Architects, Building between past and present in Milan it has been modified: 2015-11-08 di Benedict Flowers

Westway Architects base their design idea on the consideration that the modern architecture of Milan has always identified with the court buildings and the railing houses.

This is the starting point for an original renovation of a building dating back to the 1882, which at the time was used as a residential apartment for rent, in Viale Montegrappa 16.

The new residential complex, inserted in the area between Porta Nuova and Porta Garibaldi, which has become the symbol of contemporary Milan, seems ideally mend the past and the present.

Prelude to a Kiss

On the perimeter of the old demolished building, the new building, designed for commercial and residential uses, has risen ensuring sustainability standards (energy certification CENED Class A) and adopting advanced technological and design solutions.

the building has a new facade, it redesigned keeping the original nineteenth-century aesthetics with just one detail: the two upper floors, which are useful to the alignment in height with neighboring buildings, are enclosed in a skin equally respectful of the landscape and historical, of glass. "It is an element that breaks the rigor of nineteenth-century facade, and declare the intervention contemporaneity, declining it in all design aspects: internal distribution, structural characteristics, materials, housing standards, high energy performance to the mixed-use", Explains the architect Maurizio Condoluci.

The court with eyes

The surprise that you try to Milan by opening the door of an historic building, is not lacking in prestigious building of Montegrappa Avenue, whose court is divided horizontally by a floor covering that separates the ground floor for commercial use, from residential area that is It develops vertically in the different bodies of four and six floors factory, on top of it. The continuity between the two levels is given by two trees "piercing" with two large elliptical eyes the coverage which is overlooked by the 25 apartments of different sizes and types.
"The buildings, which border the court, have different heights and in large terrace areas to open as much as possible the view in horizontal and vertical, eliminating the effect of closing of the original scheme. Towards the inside of the passage it is divided by the lightness of the density with the purpose of perceiving the lower floors of a dilated spatiality, contrary to what happens to the outside ", Explains architect Luca Aureggi.

The materials and the green amplify perceptions

Once inside, the contrast of wood finishes for vertical and horizontal surfaces to the third floor and Bedonia stone, fourth to sixth, defines the space and amplifies the sensory perceptions. The balconies, recovering from the nineteenth-century scheme, are not public but private (with gateway) and usufruibili as habitable outdoor spaces, thus transforming traditional tenements in modern homes, where the green of the terraces and the common areas planted , complement the feeling of visual comfort and overall perception.

As in the exterior and in the architecture, even the apartments are carefully furnished, with a functional distribution of domestic space and materials and fine finishes. In line with the increasingly sophisticated needs, they are also characterized by contemporary design furniture, such as sliding glass walls (Rimadesio) and kitchens (Boffi) complete with appliances. 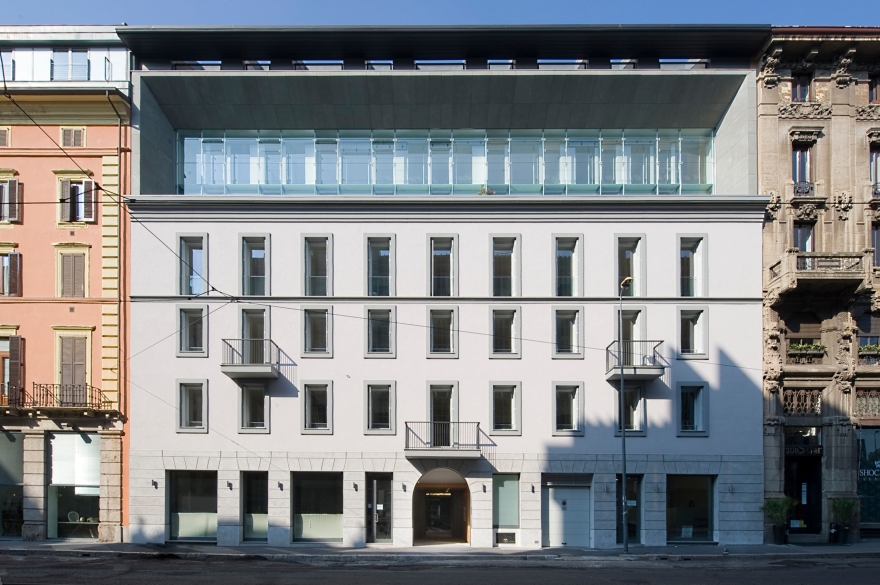 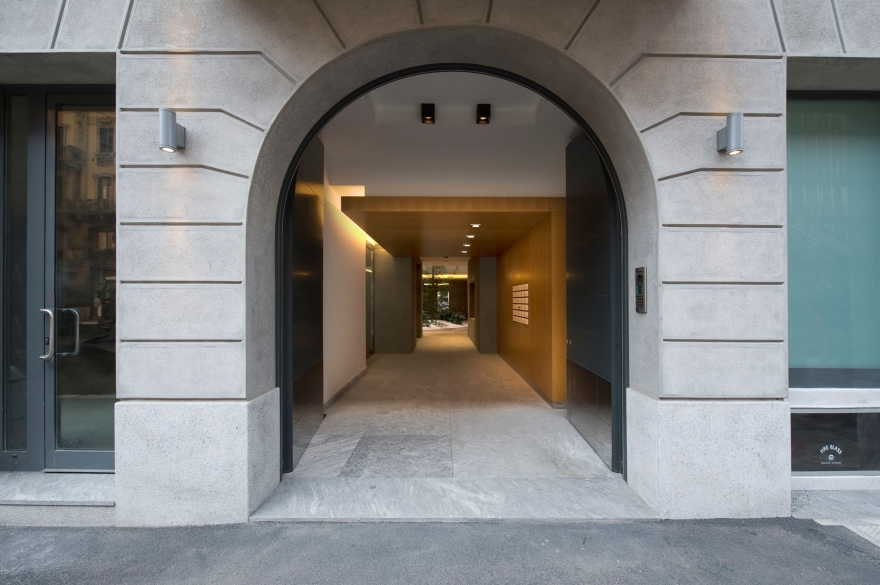 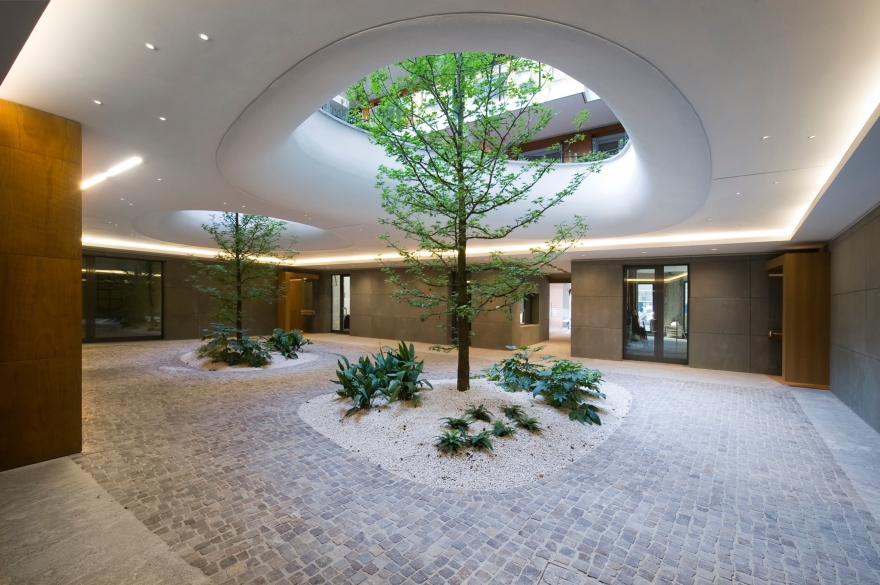 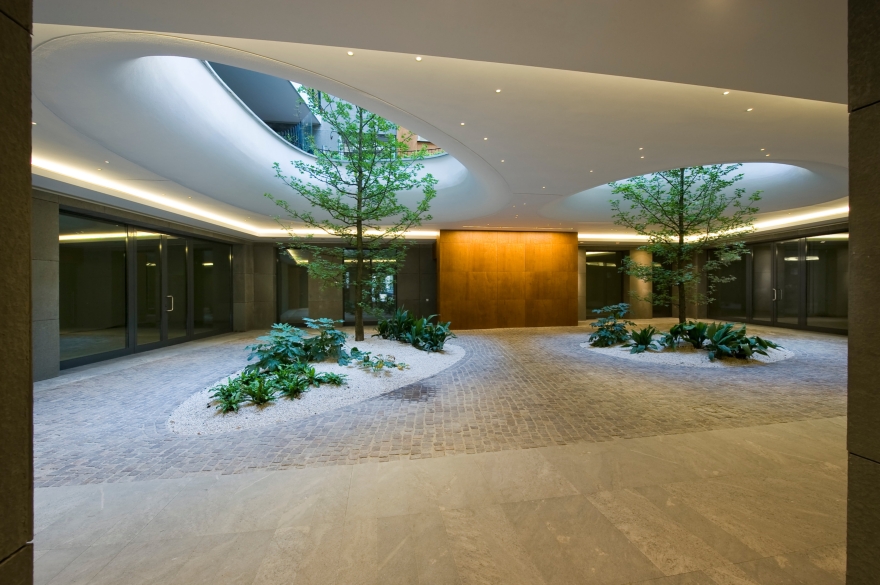 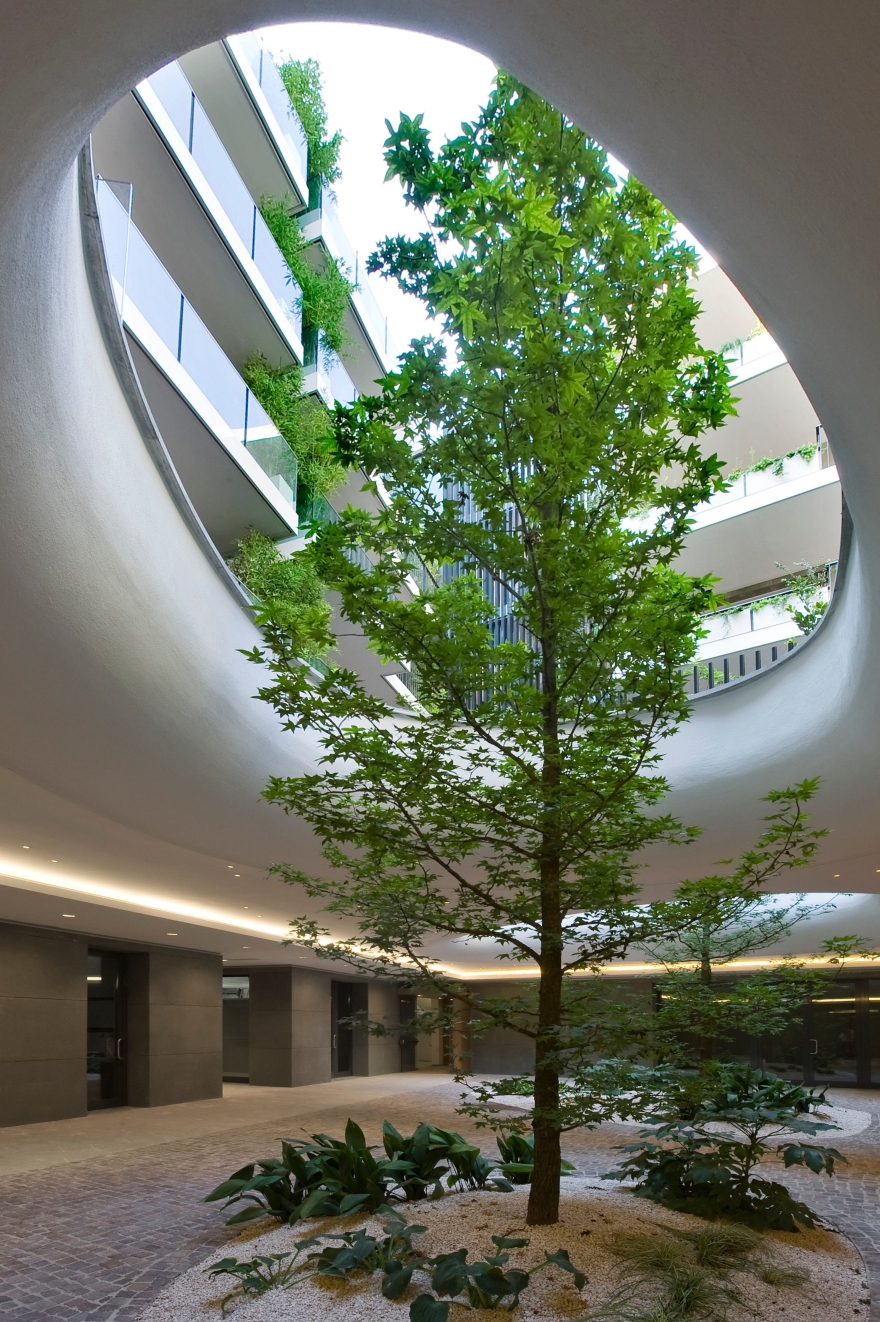 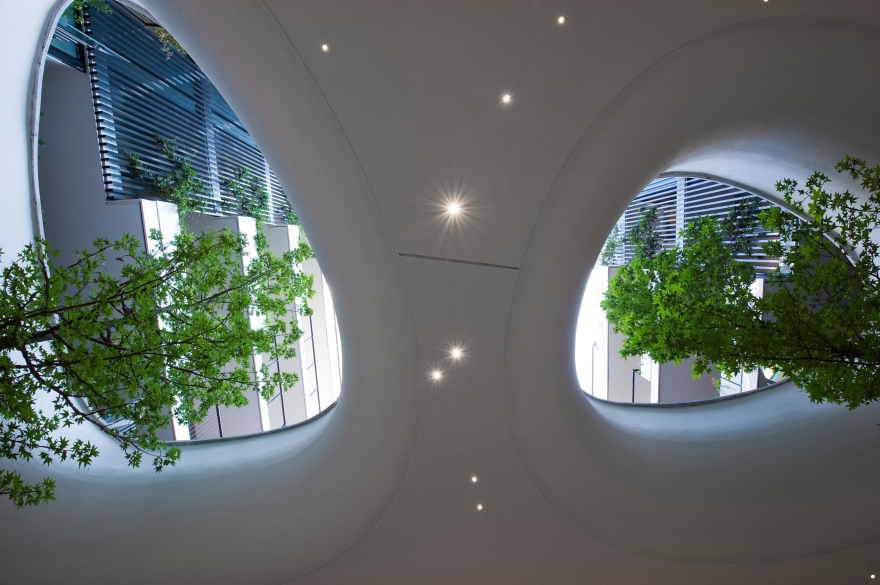 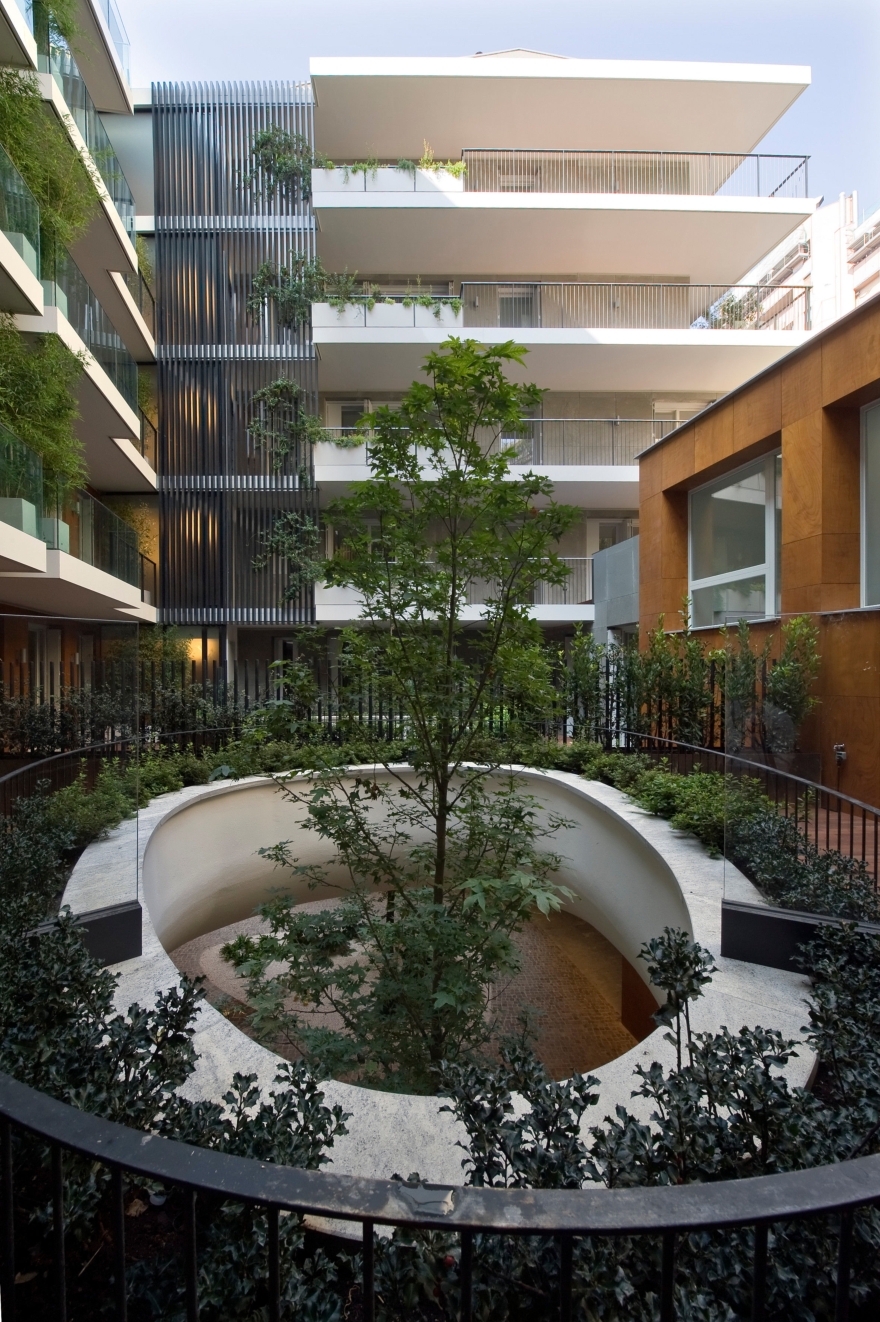 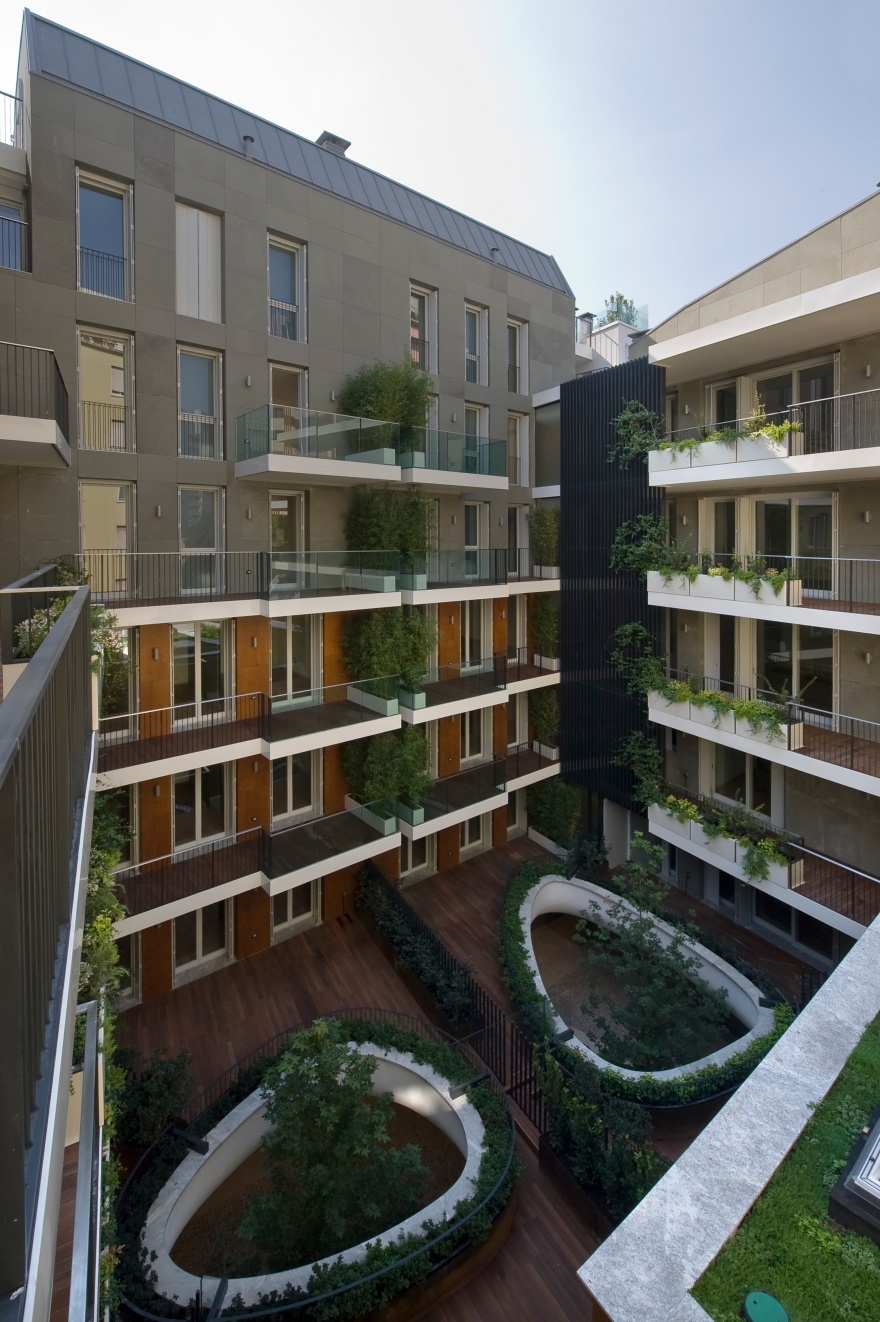 The continuity between the court for commercial desitinazione and walkable coverage is given by two trees "piercing" with two large elliptical eyes the coverage which is overlooked by the 25 apartments. 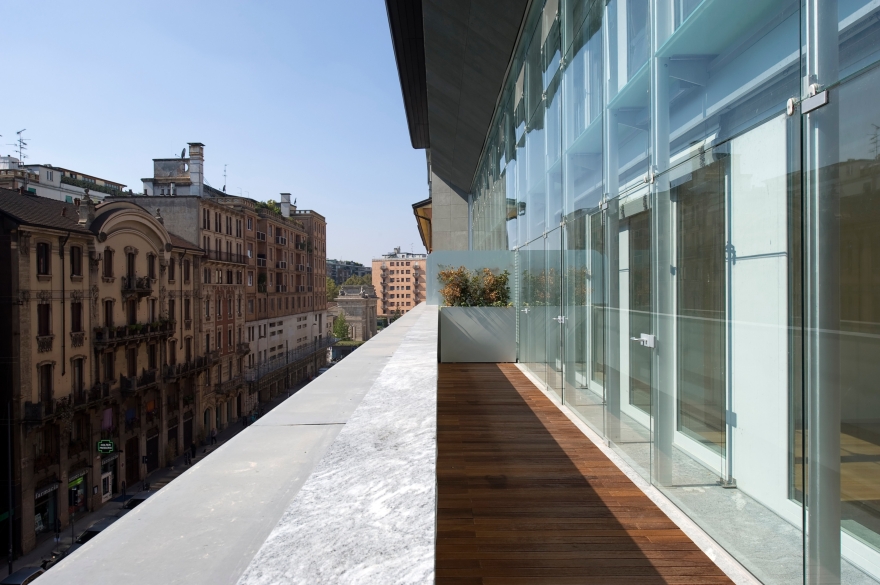 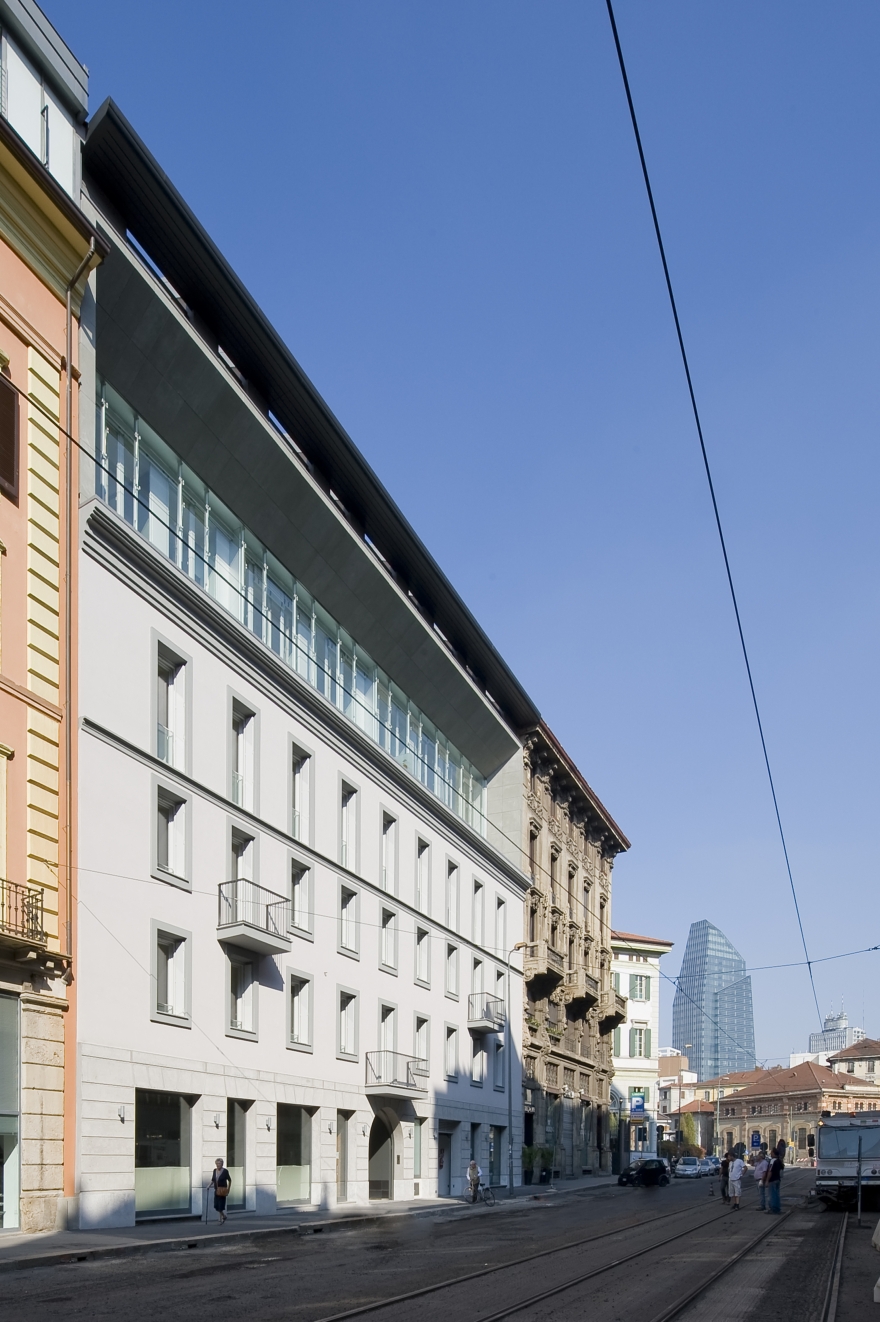 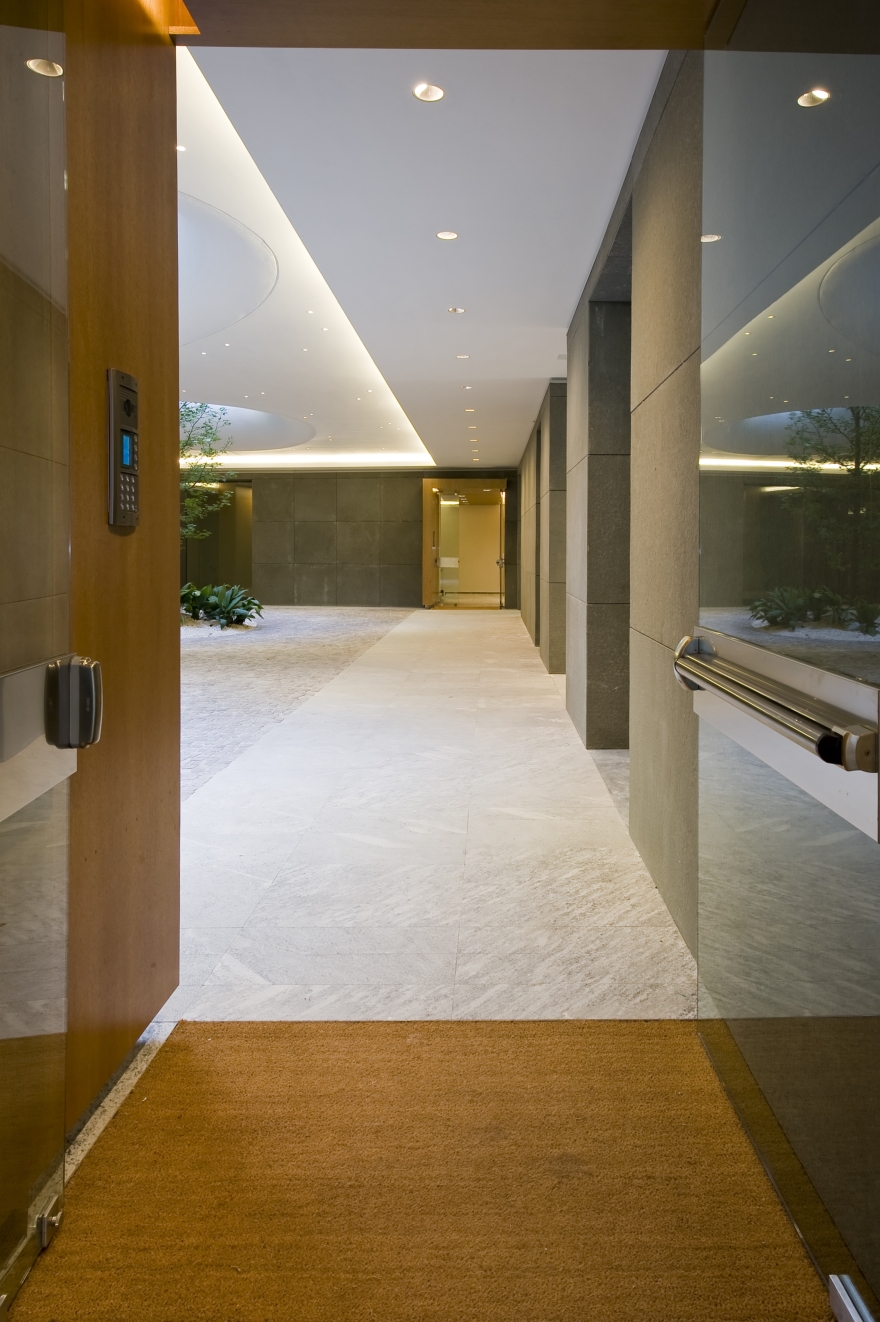 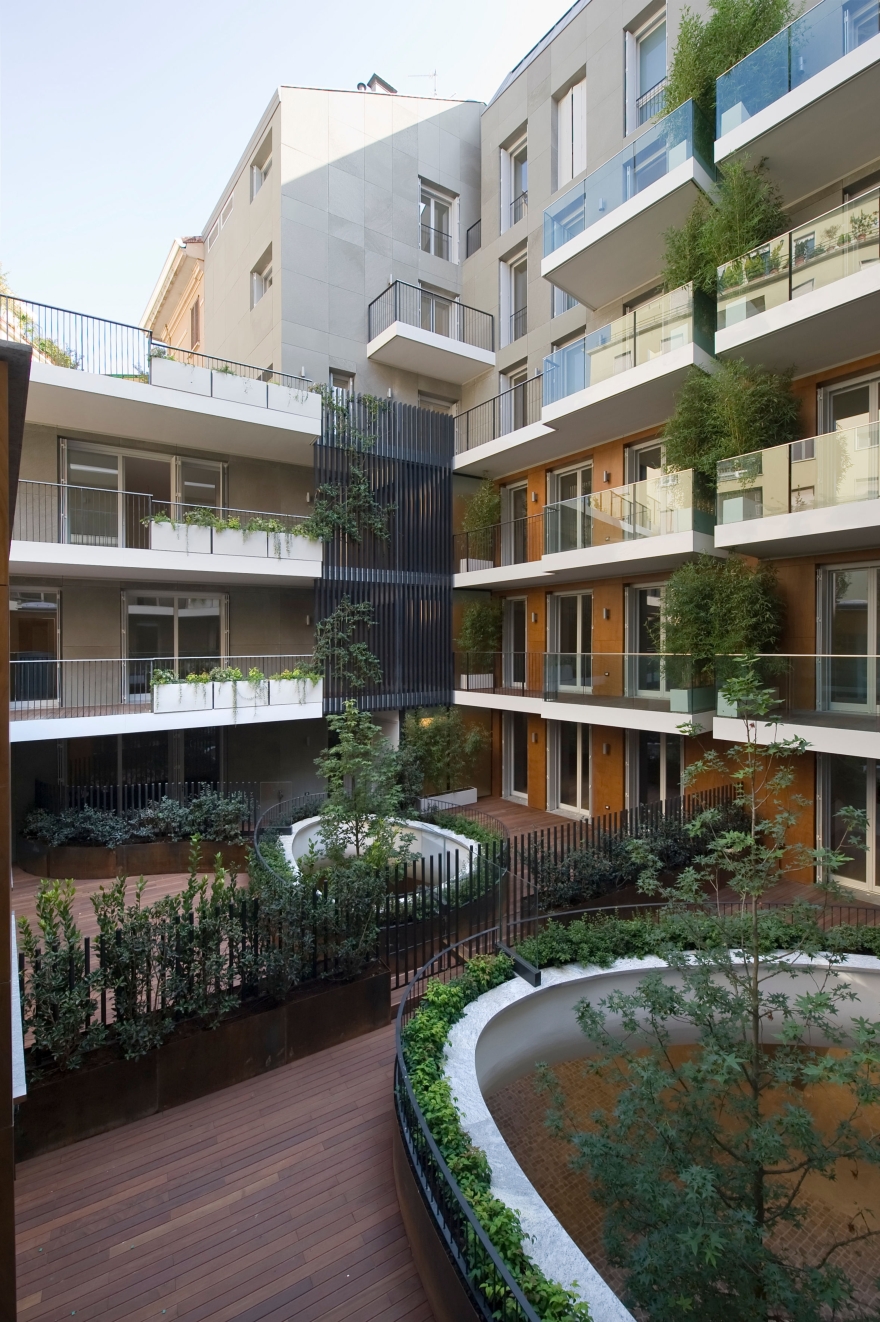 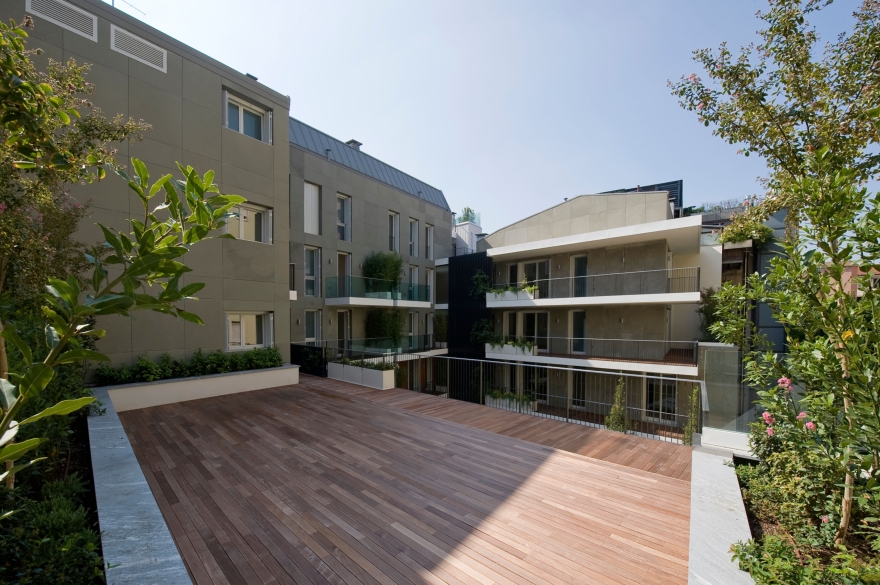 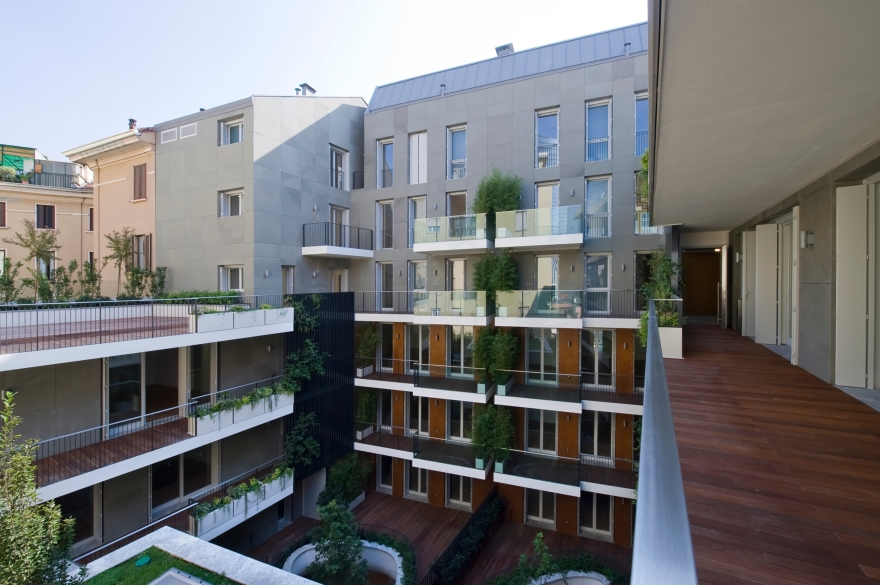 The balconies, recovering from the nineteenth-century scheme, are not public but private (with access door) and livable outdoor spaces as usufruibili. 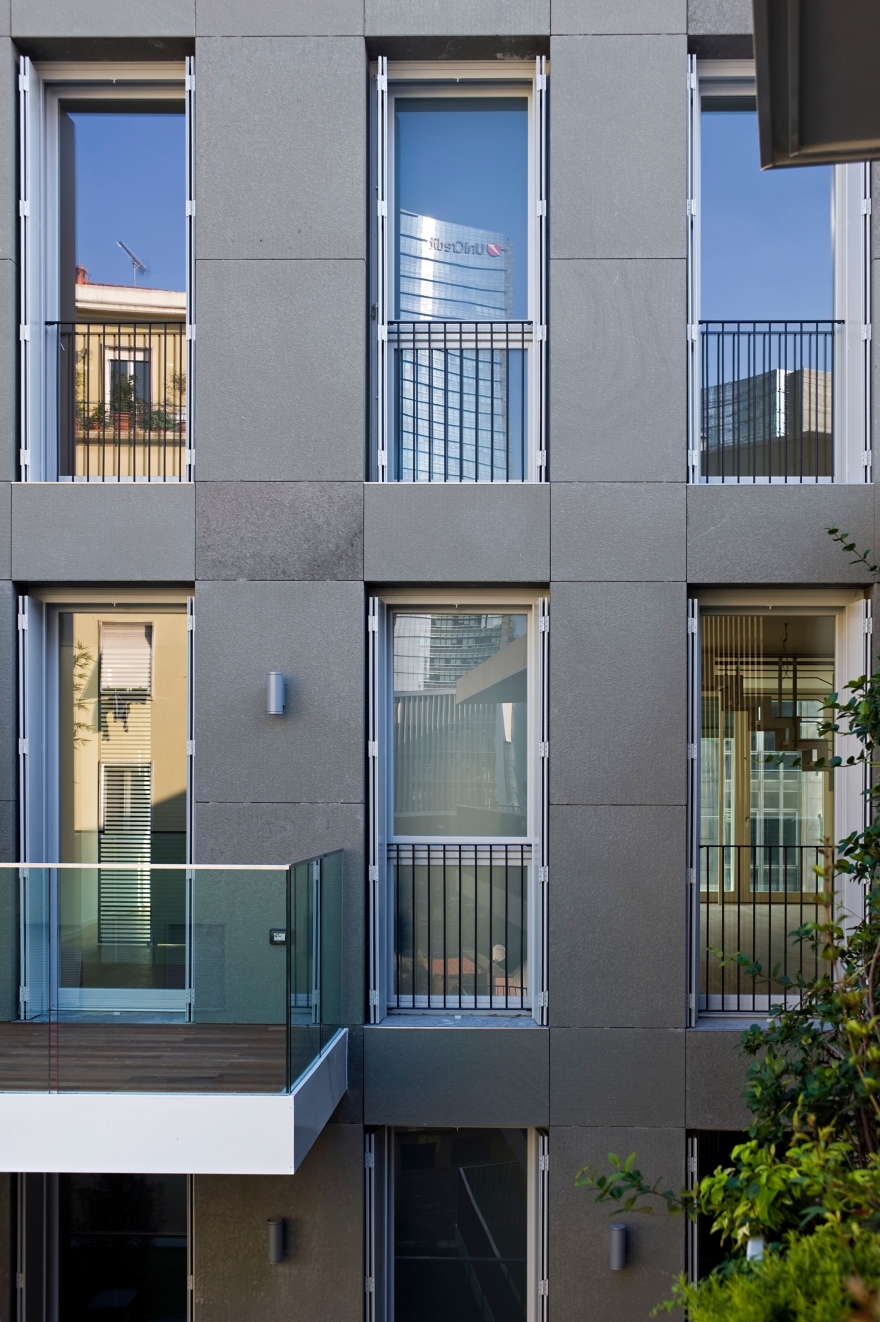 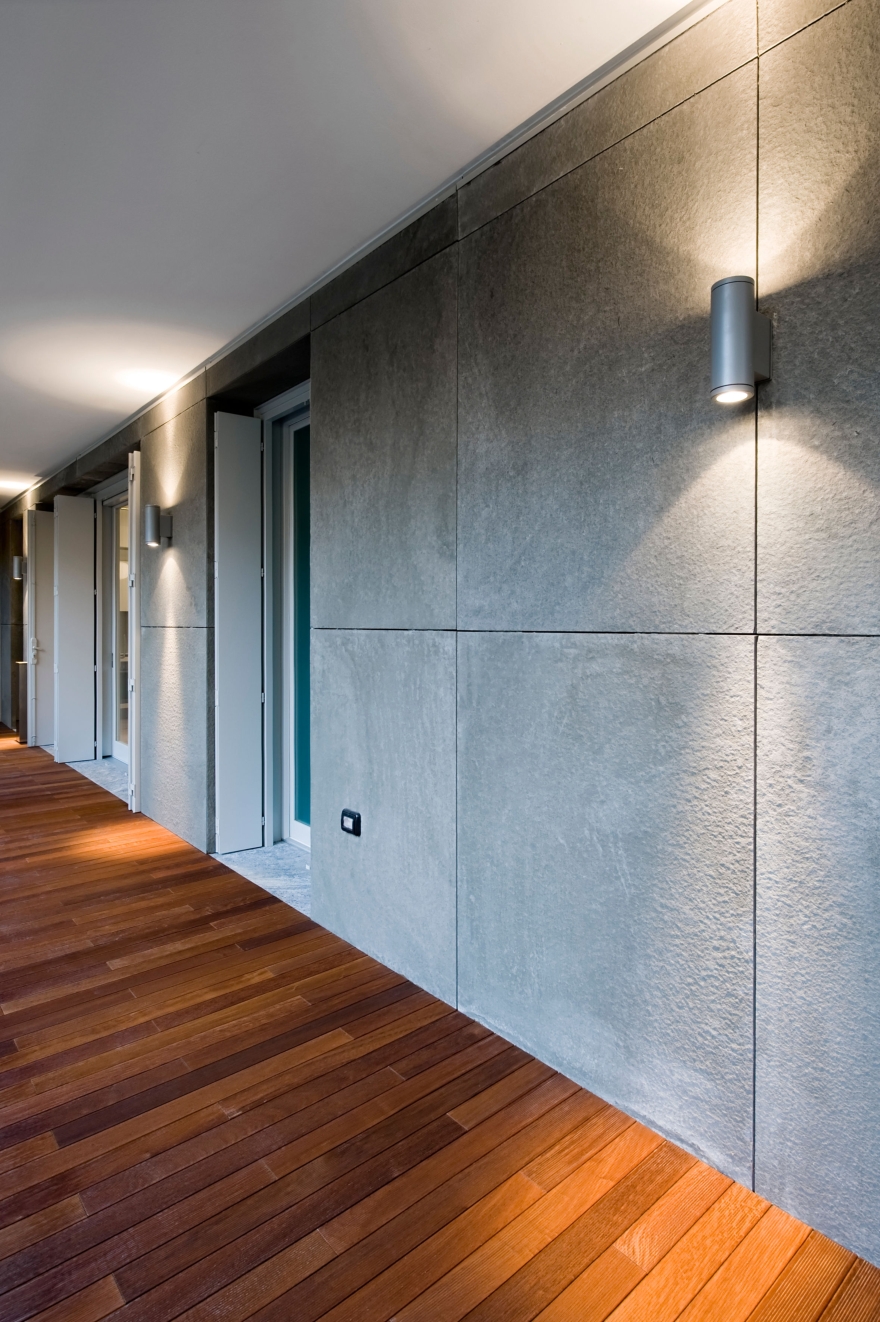 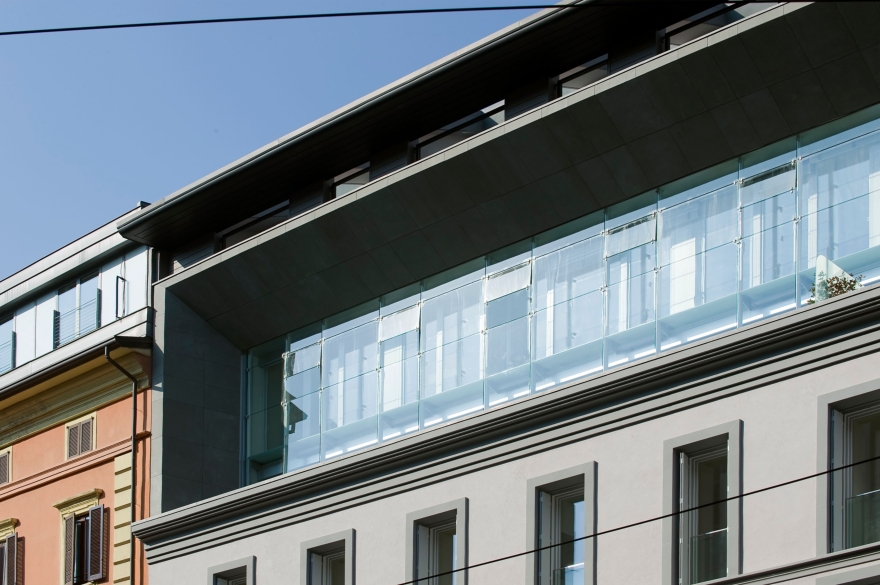 The two upper floors are enclosed in a glass skin, an element that breaks the rigor of nineteenth-century facade, and declare the intervention contemporaneity.

Westway Architects is one Study of architecture founded in Rome in 2005 by Luca Aureggi and Maurizio Condoluci, with offices in Rome and Milan. The name originates from the desire to unite the professional and life experiences acquired in the United States with the culture of the homeland.

In 10 years of Westway Architects activities it has become one of the most respected and comprehensive studies of the new Italian generation of designers. Witness of great complexity and craftsmanship projects such as the relocation of the wineries and the Santa Margherita complex industrial buildings in Portogruaro, the new residential / commercial building in the historical context of Via Montegrappa in Milan, the Nike stores, the concept for the food area of Blomingdale in New York, the auditorium of the Caltagirone Group in Rome, the Cementir Holding offices in Rome and Italian buildings in Milan, together with a wide variety of interventions in the retail and private residential construction.