iarchitects He has completed the project of a private residence situated at the foot of the Julian Alps, the hills of Udine.

The intervention has revolutionized the space of the home, passing from an early 70's architecture and complex geometry, to a new house on two levels, which captures natural light and dialogues with the hilly landscape it overlooks.

The first between the desires of the new owners was to be able to live the house in its breadth of 300 square meters, exceeding the strict separation of the two levels which presented the original building.

iarchitects chose well to remove part of the ceiling between floors to create a double-height entrance and turn it into the centerpiece of the house distribution.

The relationship with the outside along with the natural light, were the themes through which iarchitects It developed the project: "The inspiration was to undermine an introverted geometry, to create instead a place open, airy, from where you can contemplate the nature around, and make it a new and vivid design element" - explains Francesco D'Asero, partner of the firm.

To boost the brightness of the interior spaces, in addition to its enlarged existing windows, iarchitects spoke on the casing hexagonal geometry, with the addition of a volume that houses the dining room and living room, plus a covered terrace on the first floor: a new body, designed with a carrier system in steel and sliding windows, to emphasize the relationship continues with the external space, with the pool and the large park surrounding the house.

Even the choice of interior finishes keeps the architects' choice consistent: the alternation of the white walls, the light oak of the floors, which becomes the ceiling of the veranda - and the transparent glass parapet, define spaces furnished with accessories in neutral colors, which further highlight the light tones of the entire interior project.

The non-linear structure of the building also allows the rooms to be divided into two levels: on the ground floor there is the living area, as well as a special space dedicated to the cellar and wine tasting, a guest room - and separate it from the upper floor dedicated to the sleeping area, with three bedrooms with bathroom. 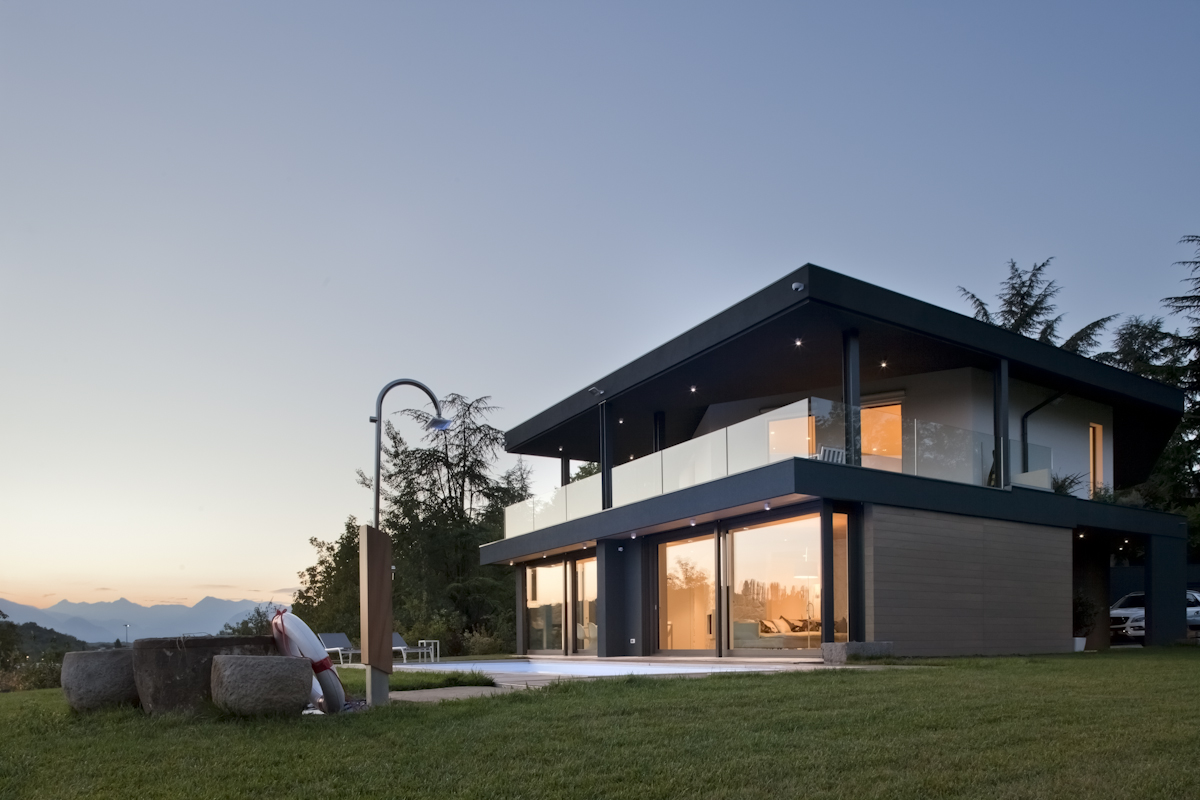 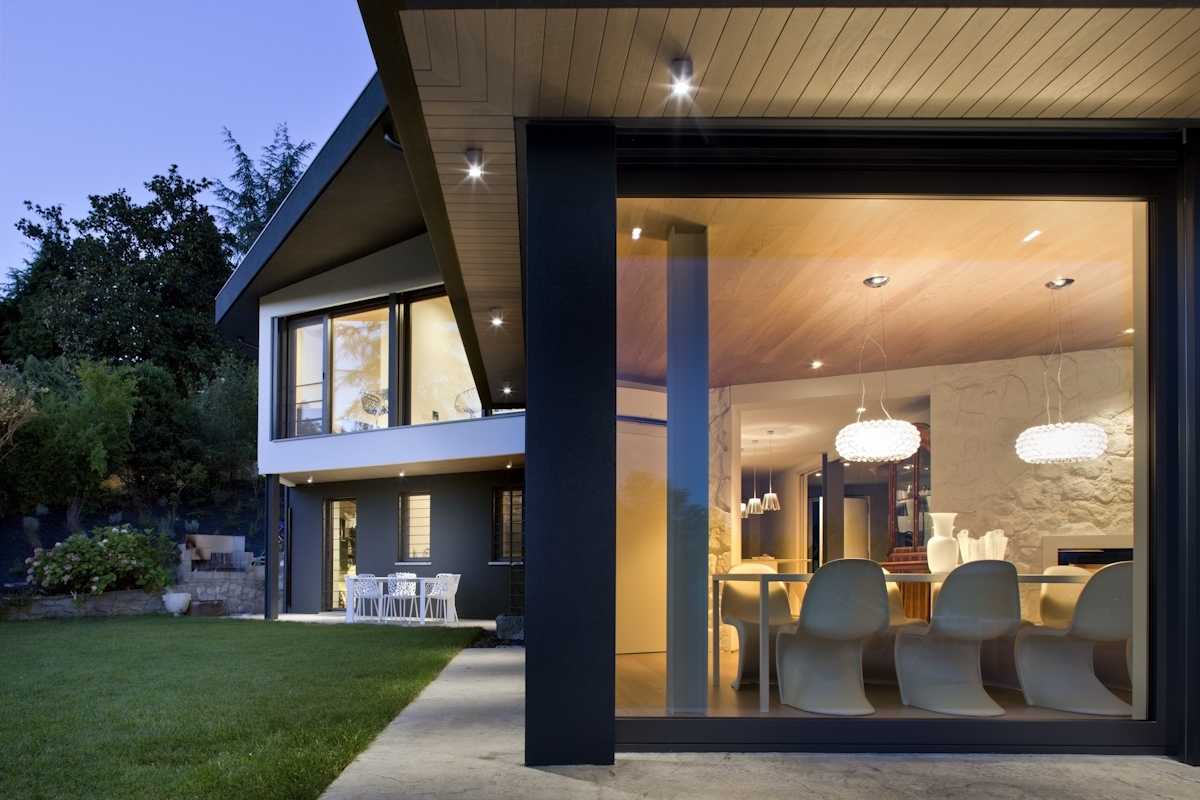 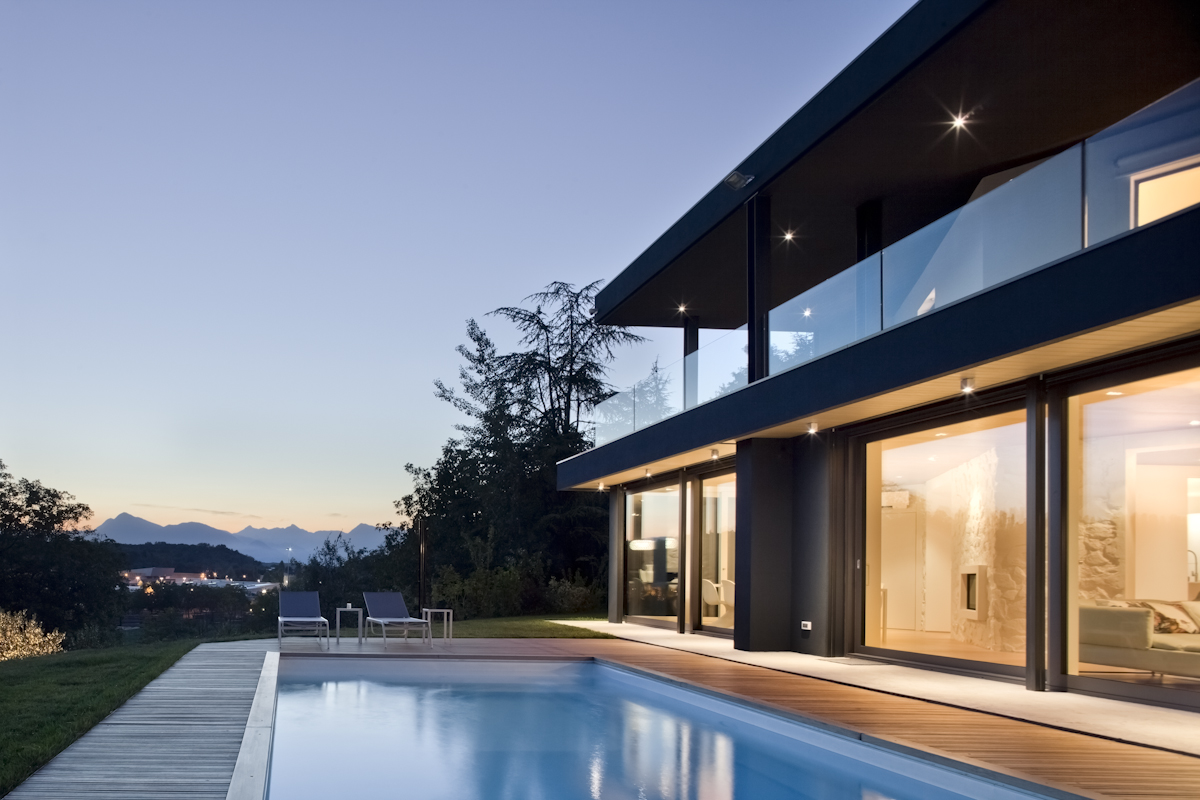 View all articles by elena morgante