A house in the countryside, surrounded by greenery, looking out to sea it has been modified: 2017-03-16 di Benedict Flowers

Redevelopment of outdoor spaces and extension of the living area for a country house with timeless elegance, immersed in the countryside in the Alta Murgia Park area in Puglia

A house in the country by the immaculate, minimalist look, whose purity of design is reflected in the water in a blue swimming pool. The house was recently the subject of a redevelopment of the outdoors and an extension of the living area, by architect Esther tattoli.

The project was born from the desire of the customer to enjoy a villa to live in summer and winter, in which the interior spaces were equipped with every comfort, while the exteriors accessible in summer, to spend pleasant moments in the company of friends and family and relaxing breaks.

The architect Esther tattoli therefore decided to equip the house with large windows that affacciassero the garden, in order to create a sort of visual bridge between internal and external. The building stands on a plateau, in a residential area, surrounded by greenery. Looking immaculate, the building is on three levels, and is interspersed with steel railings.

On the ground floor, the house has a large open space that the family uses as a guest cottage, which opens onto a wooden pergola from which you can access the garden and pool. Access to housing on the other hand, takes place through a large glass door on the first floor, preceded by a spacious veranda share, related to outer space via a voluptuous staircase.

This area of ​​the house in the countryside was the subject of a volumetric expansion, again by the architect Tattoli. Given the privileged position in which the house stands, raised above the level of the city and from which it is possible, admiring the horizon, to see the Adriatic Sea, the architect has planned the restructuring preferring the "transparency" factor.

The fact internal environment, is designed as an open space, fluid and dynamic, bordered by large windows as it combines dining room and kitchen, from the intimate style, with white walls that blend smoothly with the warmth of oak wood floor . A space invaded by the Mediterranean light, enlivened by contrasting elements, such as the sofa in the dining room and kitchen furniture in dark colors and antique cabinet of walnut family.

The space is decorated with a masonry system libraries that host numerous books and owls collected by the owners over the course of several trips. Also from the living area you are accessed via a staircase to the sleeping area upstairs. All spaces are designed as enclosed in a large glass bubble, so you have the warm and reassuring view of the large garden, the blue of the sea and the blue of the swimming pool below.

Great care has been taken in the design phase of the kitchen, a large, high-tech, facing, in a mix of old and new, the family table, from the early '900.

Particular attention has also been paid in adapting the project to the surrounding landscape of olive, pine, cypress and fruit trees, through the incorporation of native plants typical of the Mediterranean. The project had as its theme the conviviality and relaxation in all seasons, and is focused on the element garden, which is built around a spectacular rectangular pool, infinity. The continuity of the water surface is broken by four stone blocks outcropping, which, in the vicinity of the access to the pool, define a "conversation" area, designed to allow you to soak up the sun in the water, maybe drinking a cool drink .

The swimming pool is surrounded by a solarium, paved with Teak slats, and by small cabin cruises designed in a marine style. The common thread that binds architect Tattoli's projects is to insert elements of connection between past and present. In the country house, in addition to the mix of family furnishings and modern elements, we also find the use of materials linked to the local construction tradition, such as lime and trani stone, which coexist with a modern and sophisticated architectural style. Furthermore, these materials have allowed to increase the thermal inertia of the casings, and their breathability.

The project, in addition to enlargement and the structural design of the exterior, also envisaged the building's energy efficiency, in fact, equipped with passive solar systems for energy supply and fixtures high performance. Similarly, for the exterior, it was predicted the rise of draining surfaces and the use of natural materials like wood and stone for shielding structures, furniture and flooring. 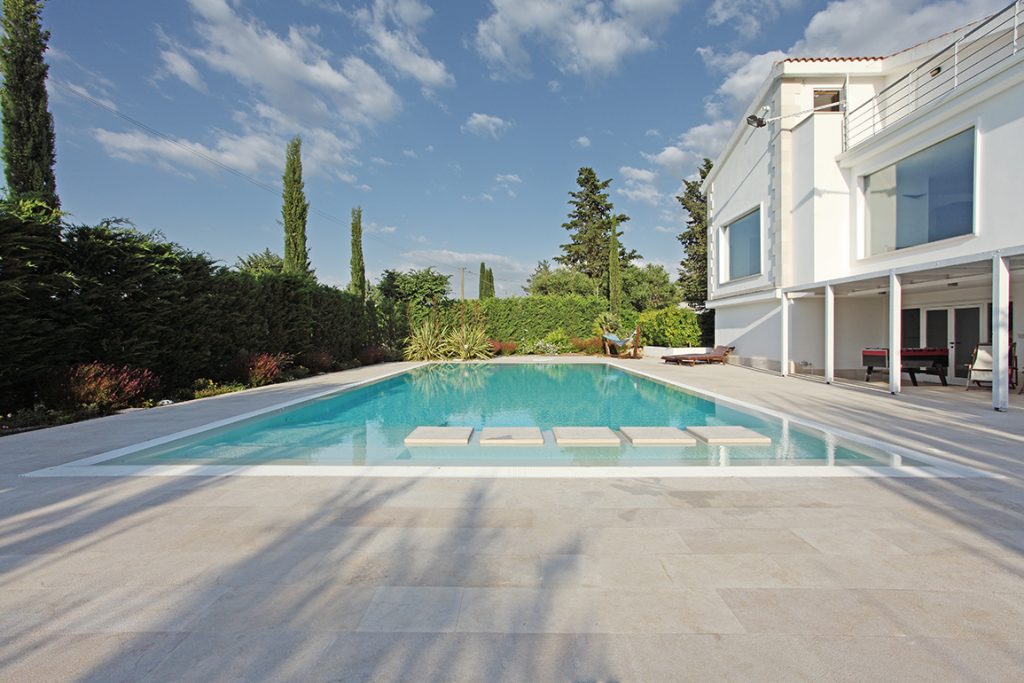 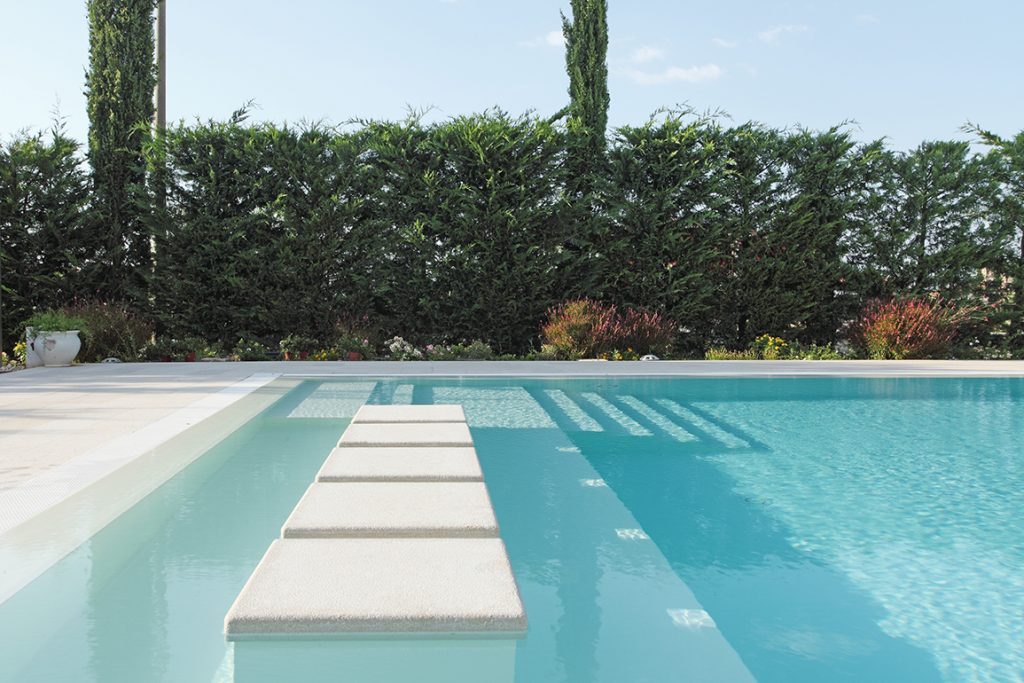 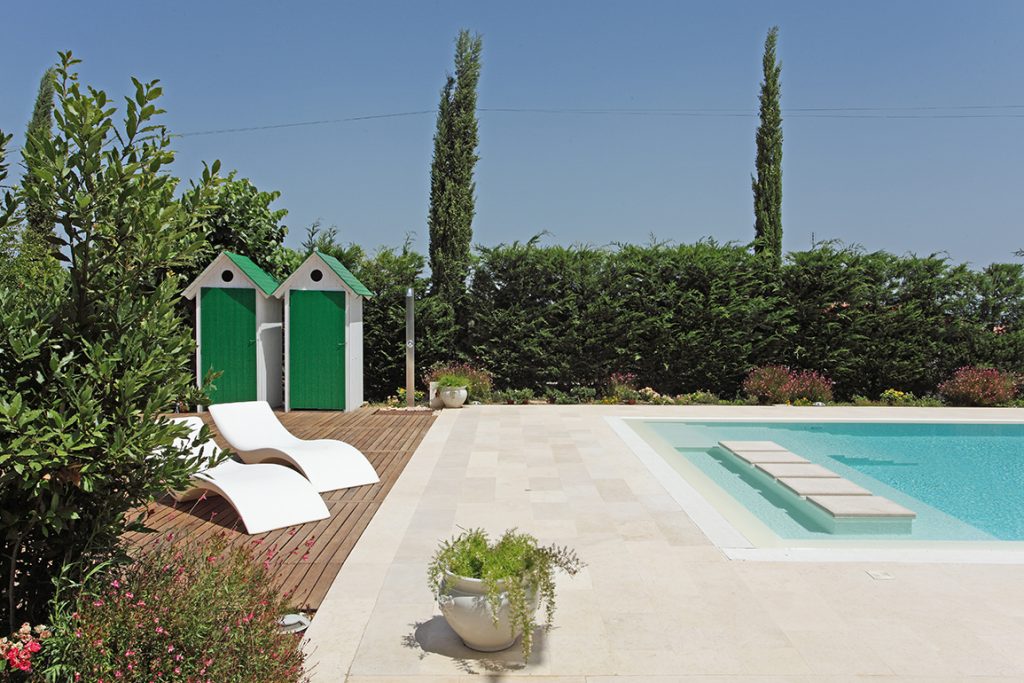 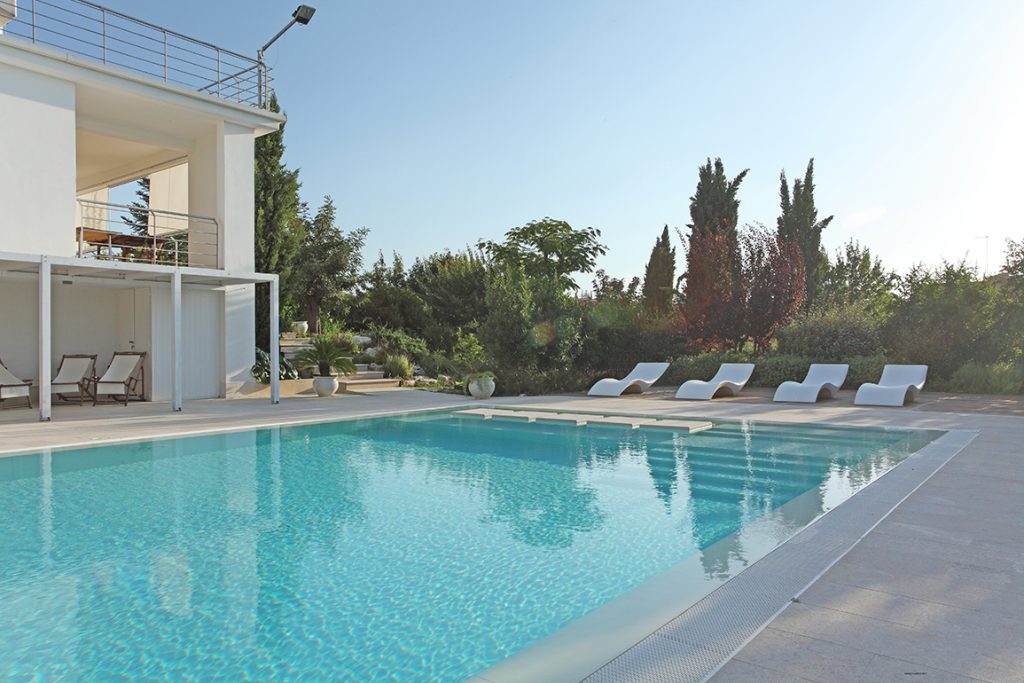 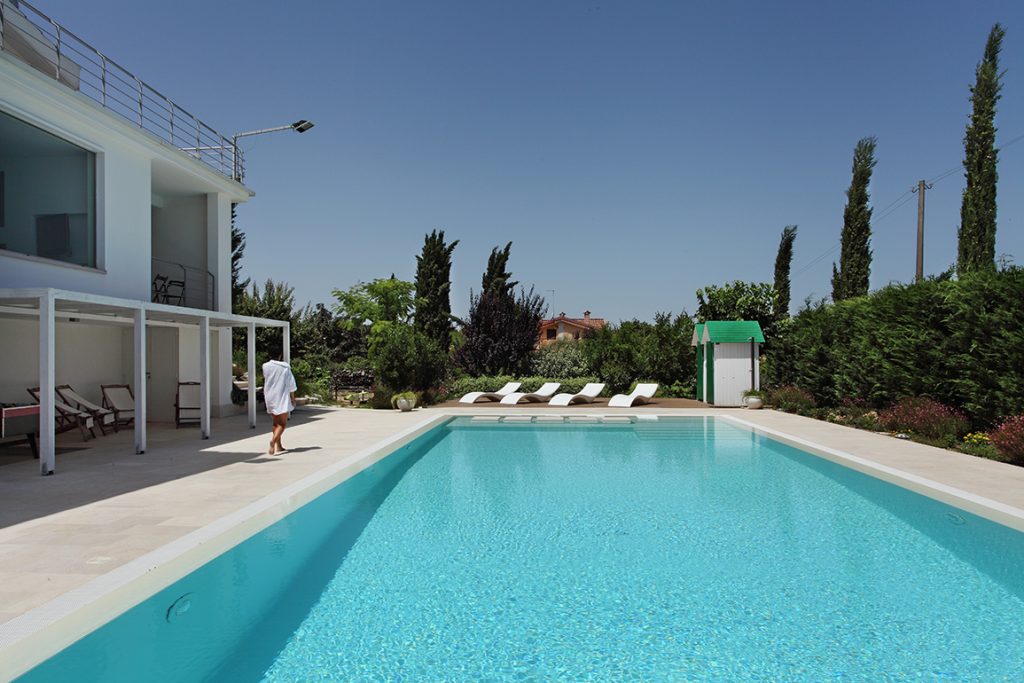 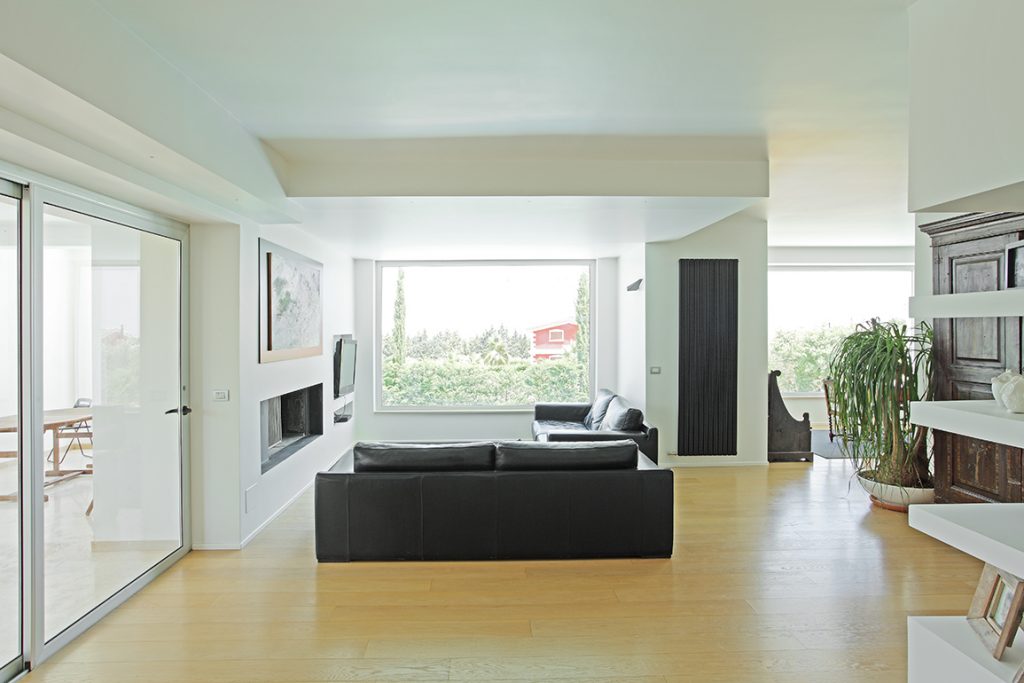 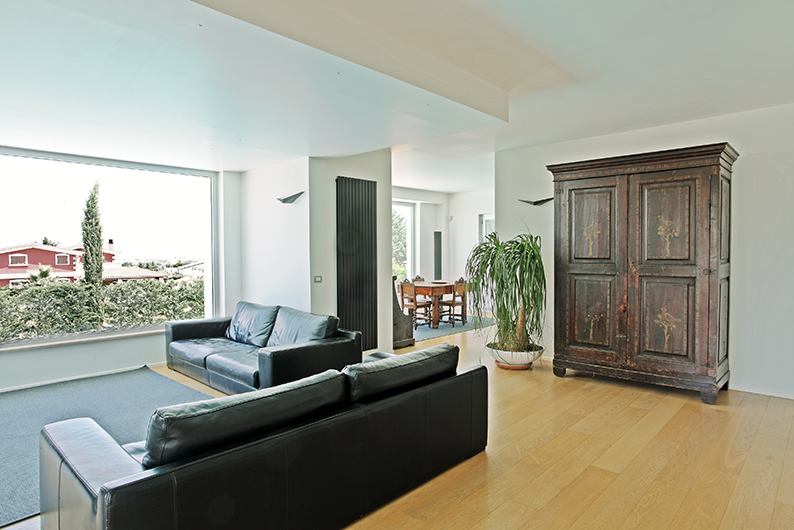 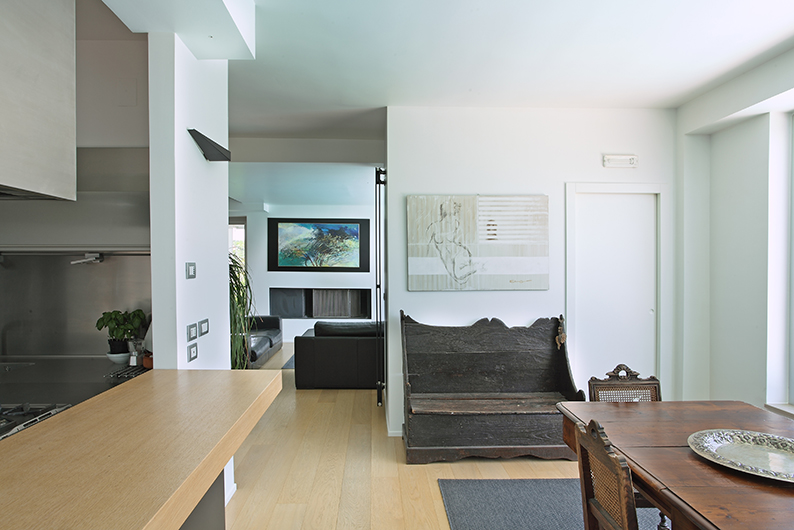 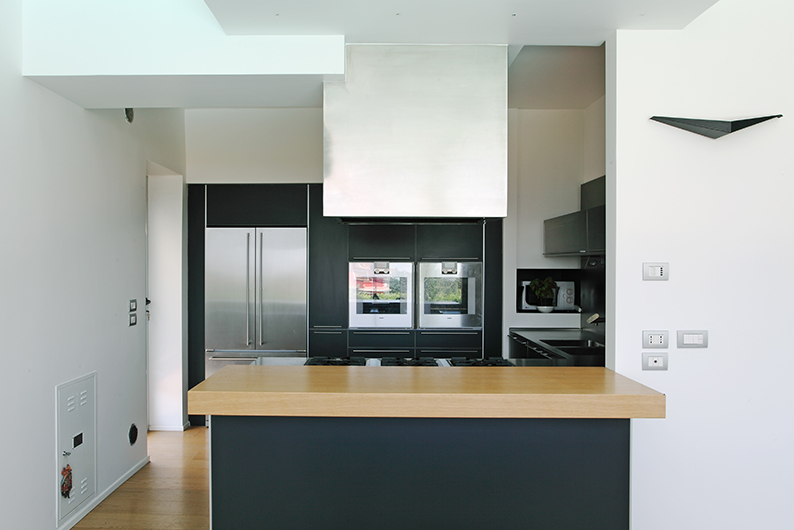 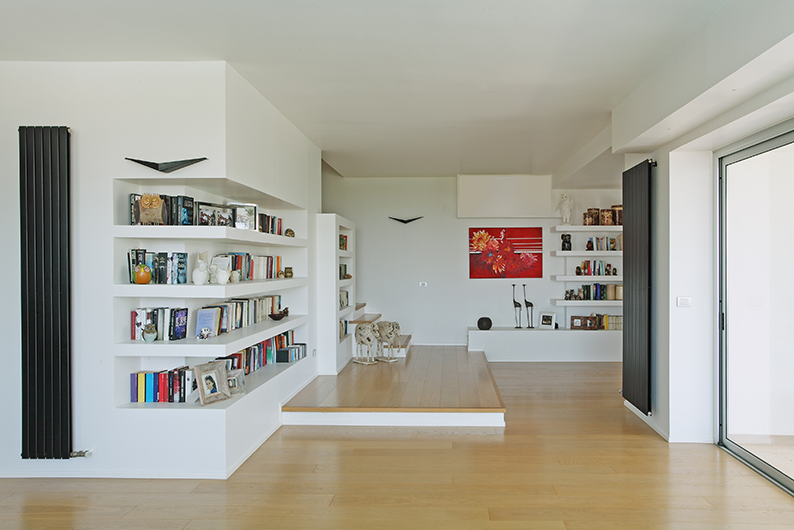 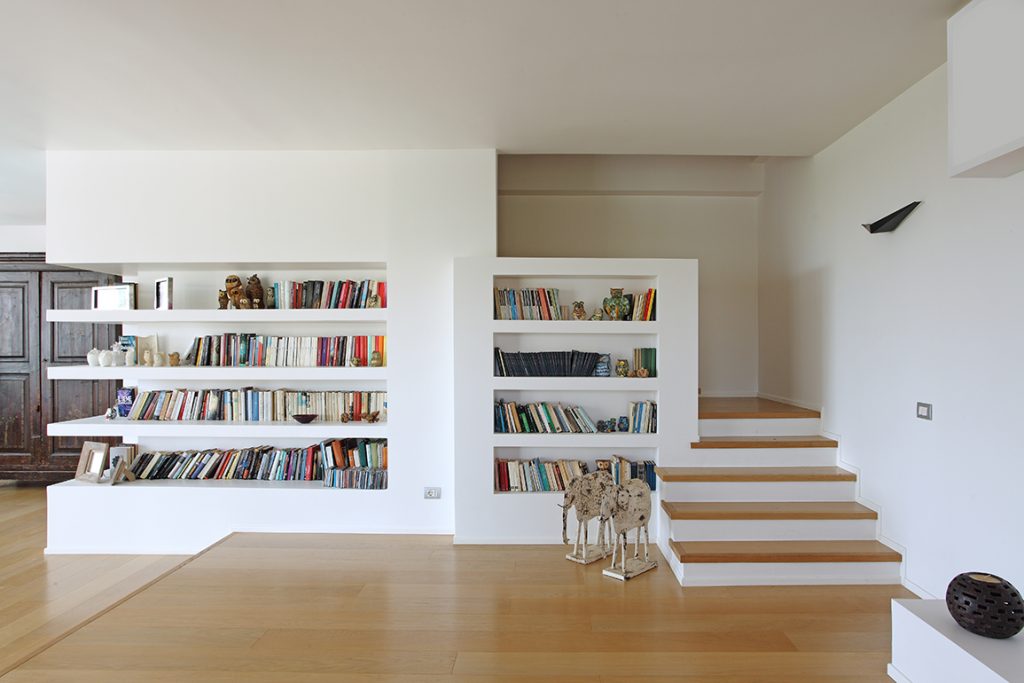 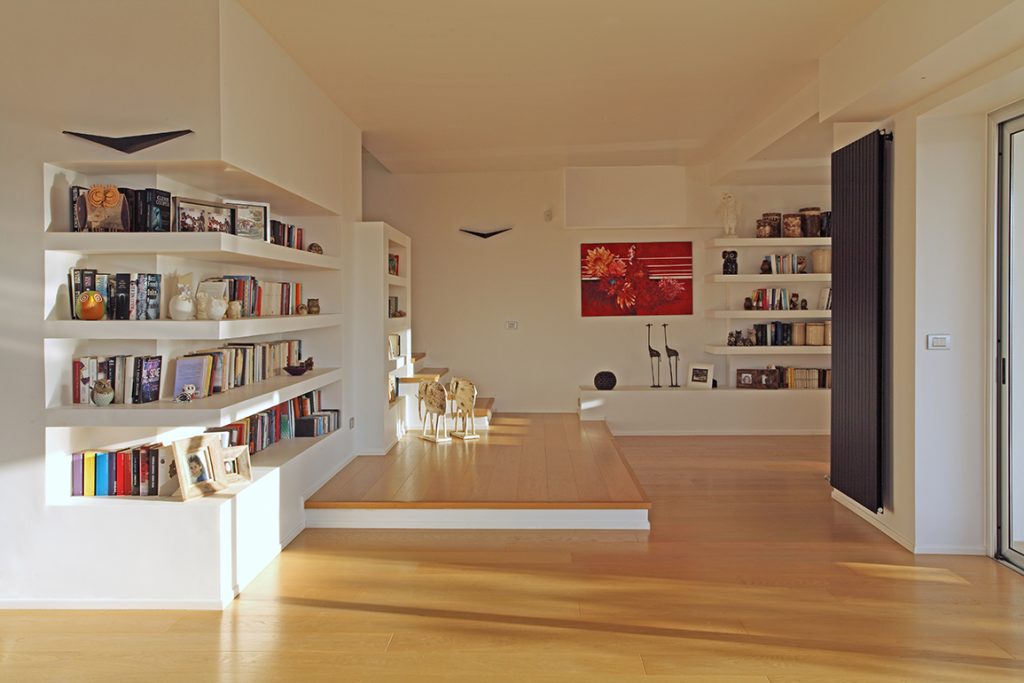 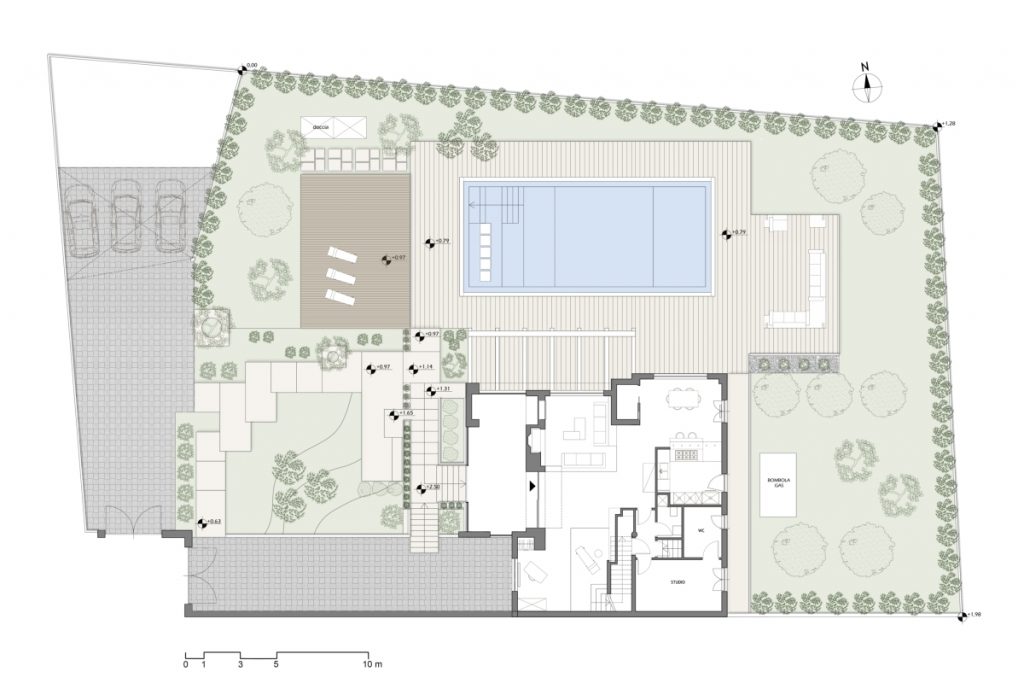