Restored the Rainbow Tower in Milan it has been modified: 2015-10-01 di Benedict Flowers

The Arcobaleno Tower in Milan was recently renovated, a tribute to the city and to the visitors of Expo 2015.

The restructuring sponsored by the Municipality of Milan in collaboration with the Italian Railway Network, FS Italiane Group, and a group of companies that joined those that in 1990 transformed it from a water tank to a reference point and symbol of the city's creativity from Milan.

The tower dating back to 1964 and once an anonymous water tank included in the perimeter of the important railway yard of the Milan Porta Garibaldi railway station was the subject of a first renovation on the occasion of the soccer world championships hosted by Italy in 1990, which transformed a service work degraded into a very recognizable urban sign.

Since then, in fact, the Rainbow Tower represents a very significant presence for the Milanese capital, a distinctive symbol of Milanese color and creativity, becoming over the years an orientation point of the city.

Some important companies joined those that took care of the first regeneration of 1990 so that this particular urban construction - characterized by the over 100.000 colored tiles that cover it - could reappear for the extraordinary occasion of Expo 2015 in the brightness of 25 years ago. 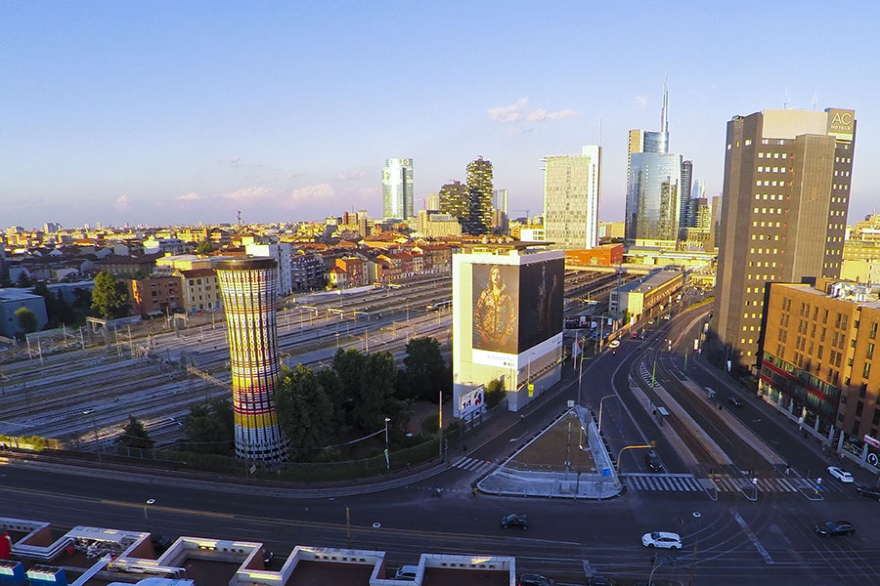 The area of ​​the nearby Piazza Garibaldi Gae Aulenti is recognized as the nerve center of "Milan to drink," Fashion and Modern Architecture.

Partner companies of the redevelopment works of the Arcobaleno Tower, which took place under the patronage of the Department of Public Works and Urban Furniture of the Municipality of Milan and hosted by the Italian State Railways, are Bazzea - ​​B Construction Technology, Condor, Fila Solutions, Mapei and Marazzi.

The architect of the project and the organization of the works, today as in 1990, is the Architecture Division of the Milanese studio Original Designers 6R5 Network, in particular with the professionals Francesco Roggero, Albino Pozzi, Rita Alfano Roggero and Kiyoto Ishimoto.

The redevelopment - the costs of which were fully assumed by the companies and architects gathered around the project - is a tribute to Milan and to the millions of visitors that the city will host on the occasion of Expo 2015. The work was completed in just 71 days, employing 37 workers.

The Rainbow Tower is part of the project Wonderline, developed by Original Designers 6R5 Network, which for some years has linked various initiatives in the world of art and architecture to the theme of Color. The colors of the Rainbow Tower represent the desire to live the planet in an intelligent way and in harmony between technology, nature, innovation and tradition.

The Garibaldi area of ​​the nearby Piazza Gae Aulenti is recognized as the nerve center of the “Milan to drink”, of fashion and modern architecture. The area, redesigned today by futuristic skyscrapers, finds its “Colored Ceramic Totem” in the Rainbow Tower, there to remember the Italian Master Potters and the artisan origins of an industry recognized all over the world as an excellence of Made in Italy. 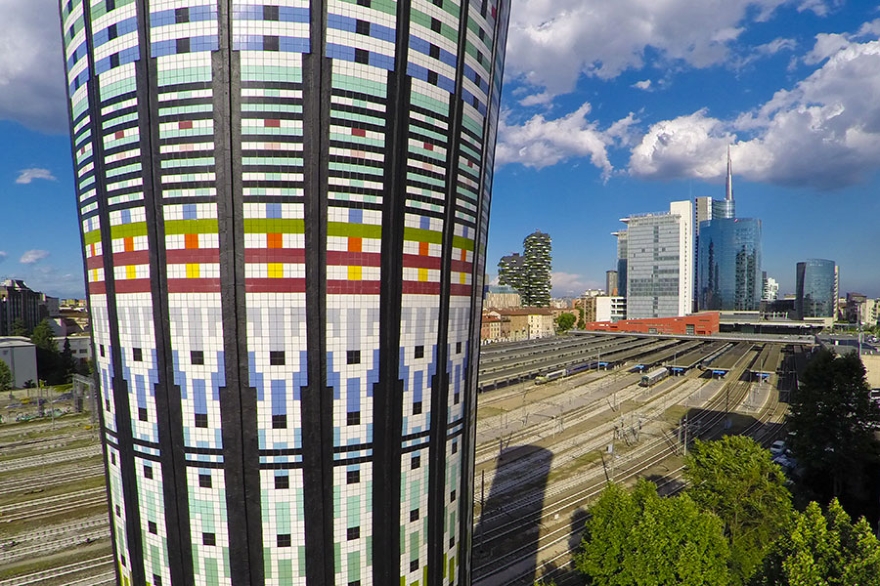 On the occasion of the world football championships hosted by Italy in 1990, a degraded service work was transformed into a very recognizable urban sign, the current Torre Arcobaleno. 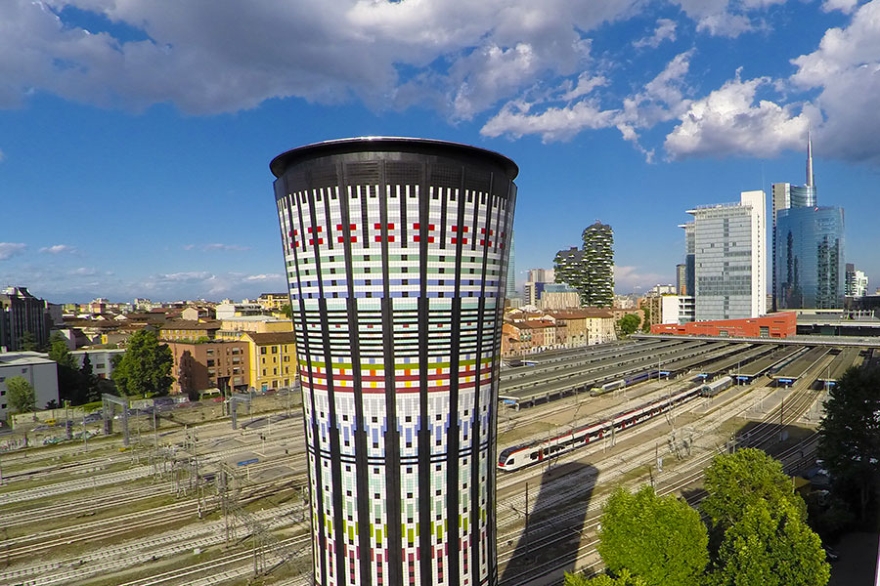 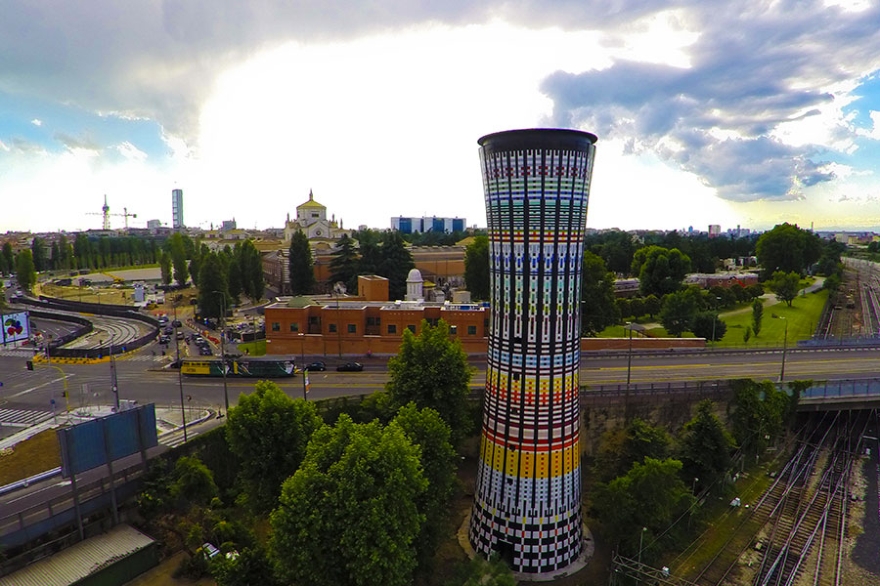