Drawn by Prism Design the new Kemuri Shanghai Restaurant is inspired by the movie Kill Bill. “Edo Robata Kemuri” famous for more than 10 years in Japan opened its first store in China on December 31st 2012.

Red is the dominant color, while the space takes up the architectural lines of the old houses using hemp ropes, a material used since ancient times, to separate spaces while maintaining a certain visual contact.

“For the Owner, the important concept is the relationship between people, cooperation and collaboration, which is why hemp was chosen as the main material. The strength of the large hemp rope is generated by the union of many small ropes ". 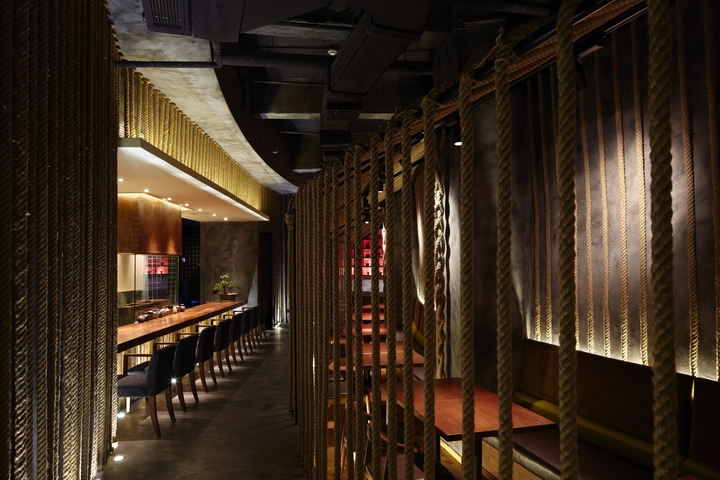 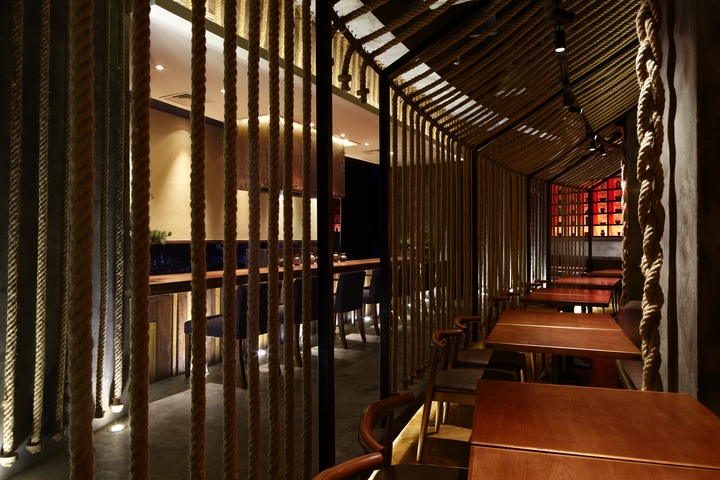 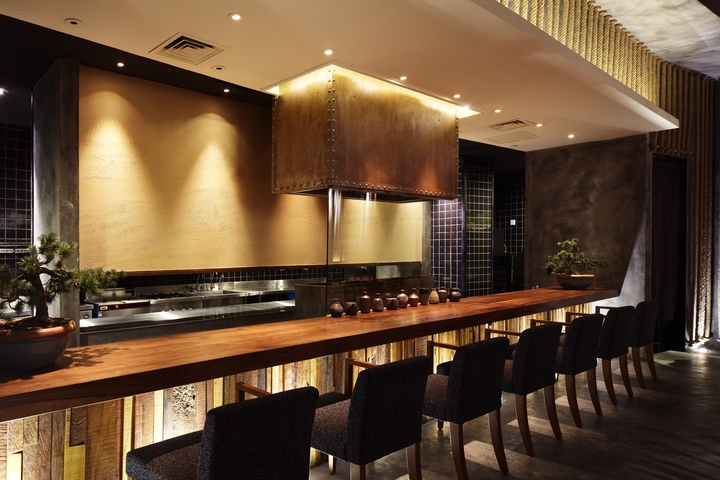 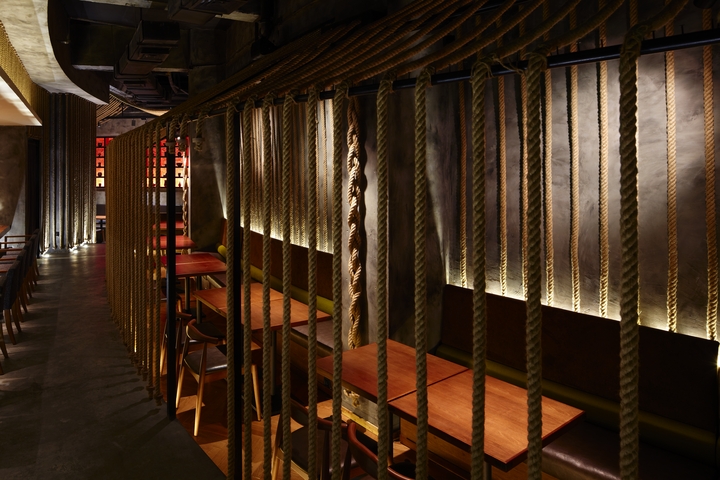 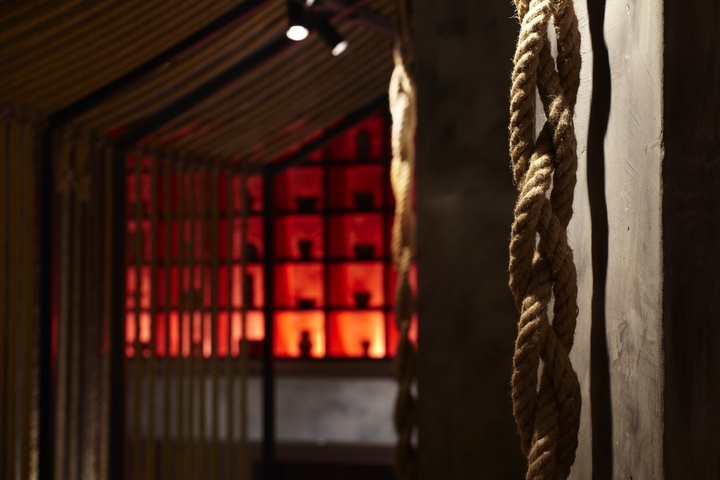 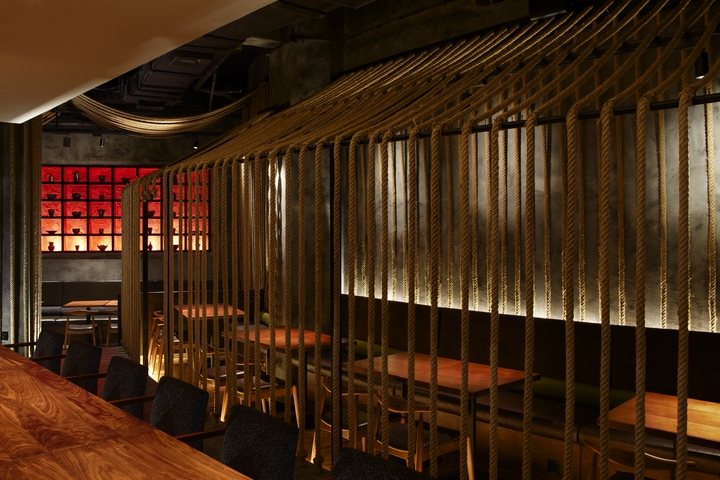 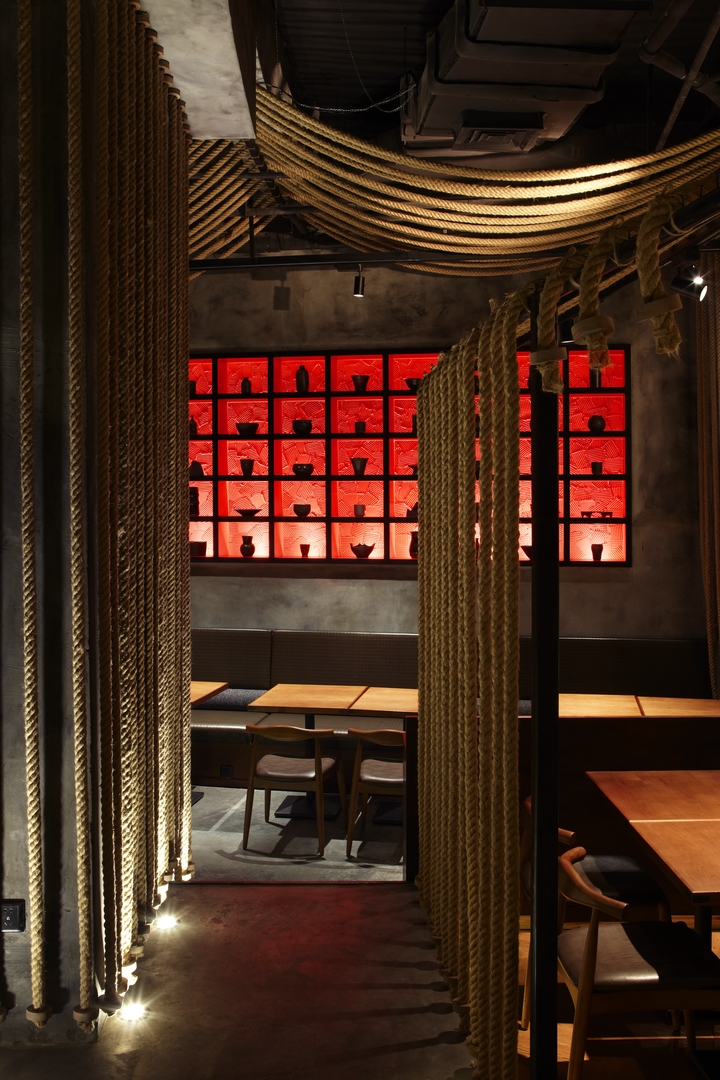 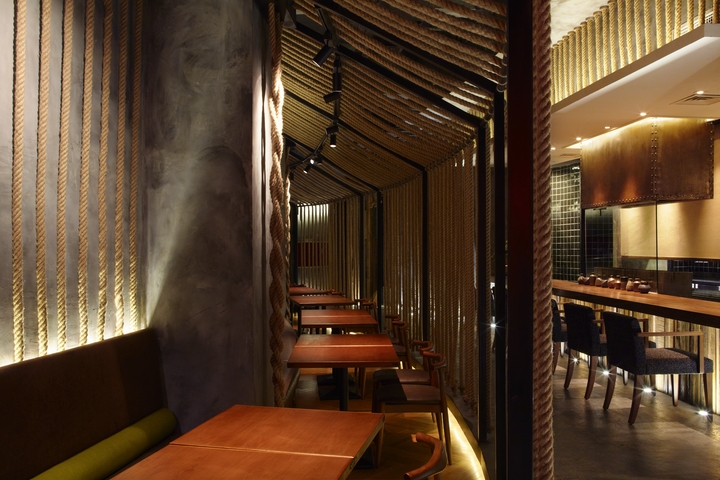 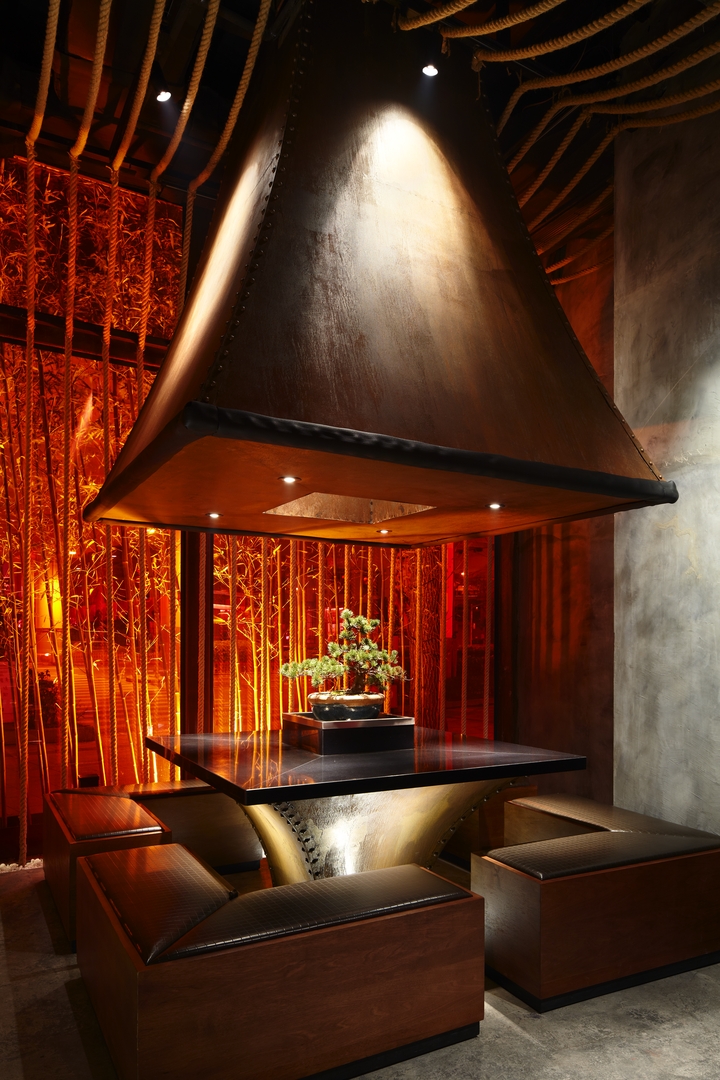 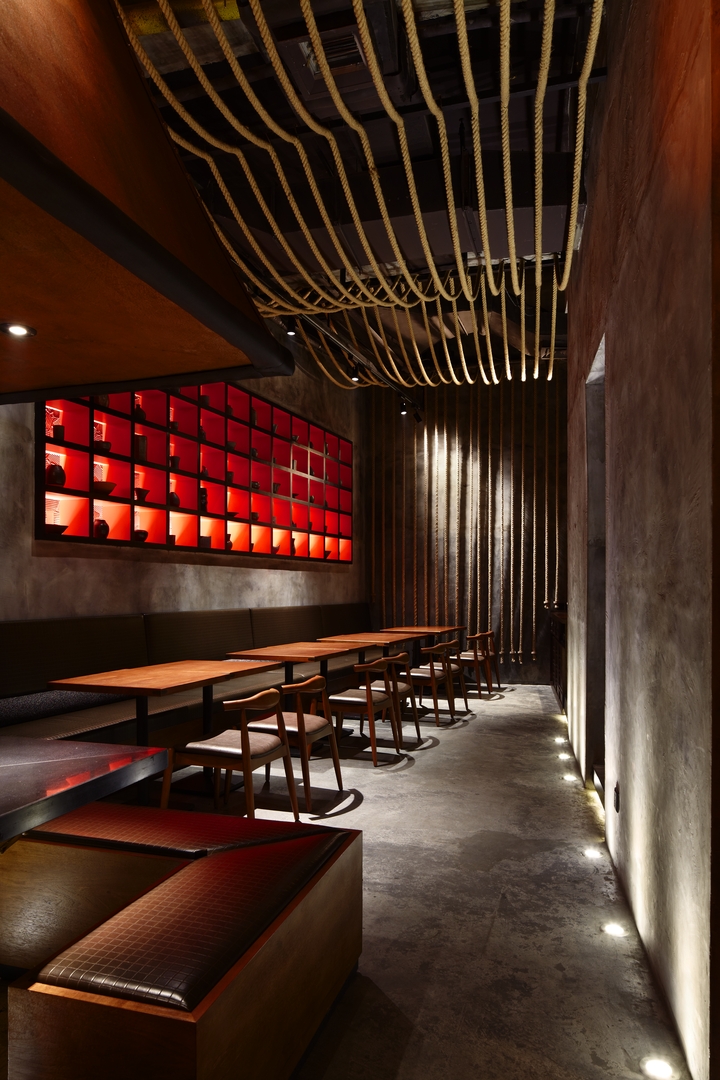 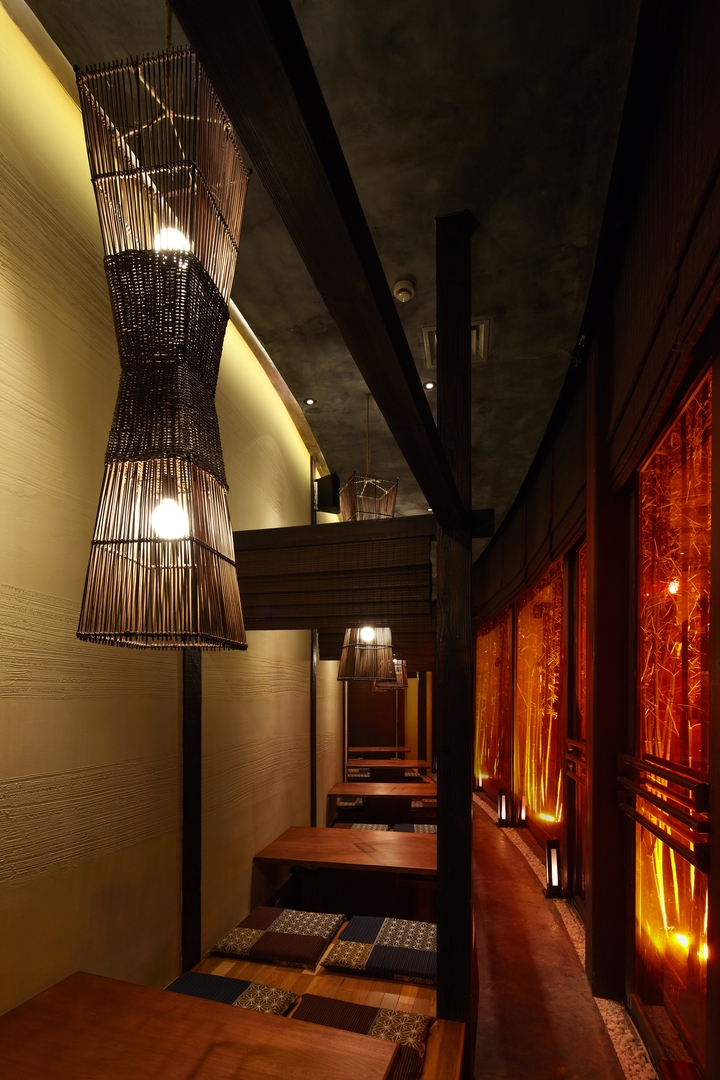 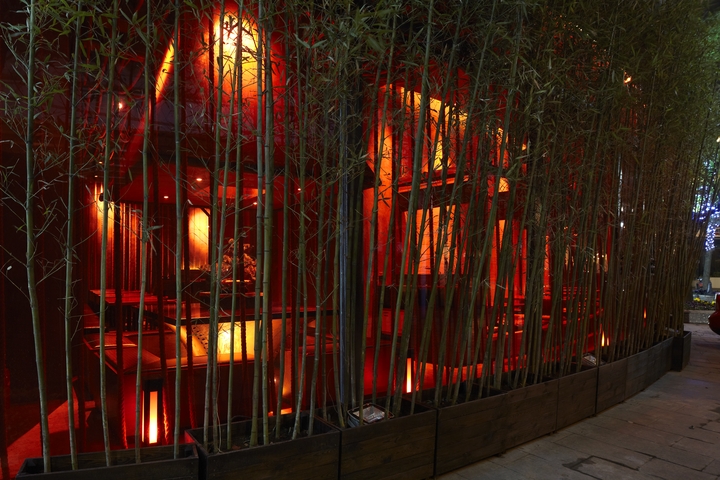 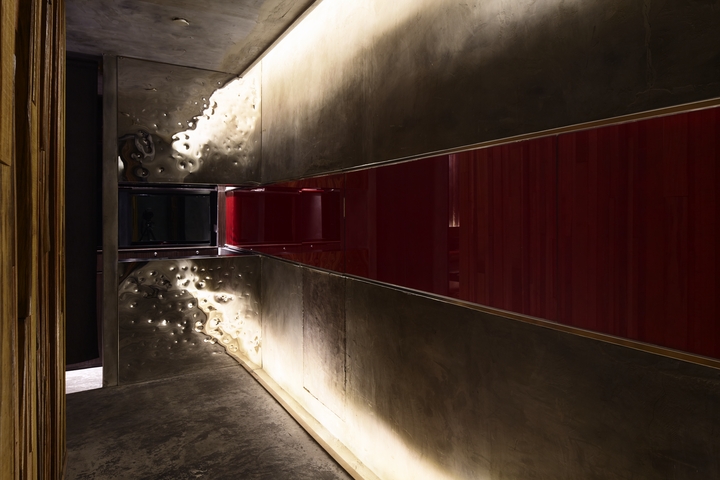 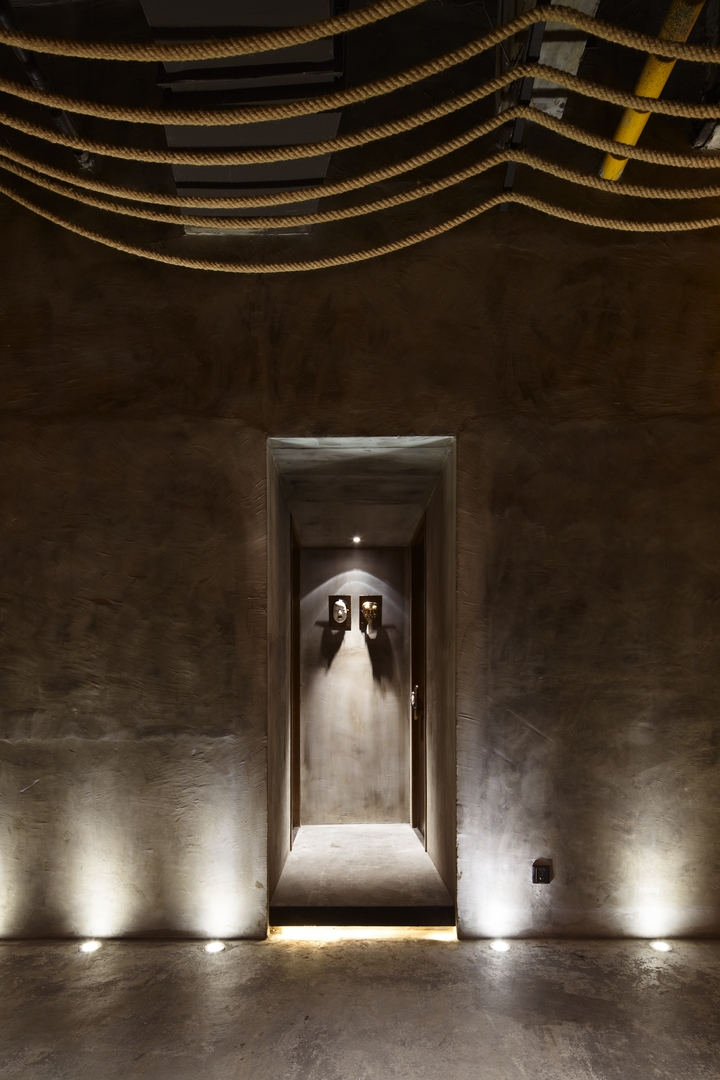