The United States Pavilion at Expo Milano 2015 showcases America's unique role in the future of food and hosts a global conversation on the challenge of feeding more than 9 billion people by the year 2050.

The pavilion join the conversation by acting as a scaffold for ideas, embracing the display of some very American hybrids: analog and digital, natural and technological, innovative and recycled.

On the long, narrow space defined by the master plan, the pavilion is bordered by an analog wall (containing elevators, escalators, stairs, mechanical shafts, etc.); a purely digital SPD SmartGlass roof with a window that instantly switches from clear to opaque in response to environmental conditions, a green Vertical Farm wall composed of hydroponic towers and a walk that goes through the pavilion built by recovering the parts of Coney Island boardwalk.

American Food 2.0 is an invitation to enter into a public forum visible and open and transparent. 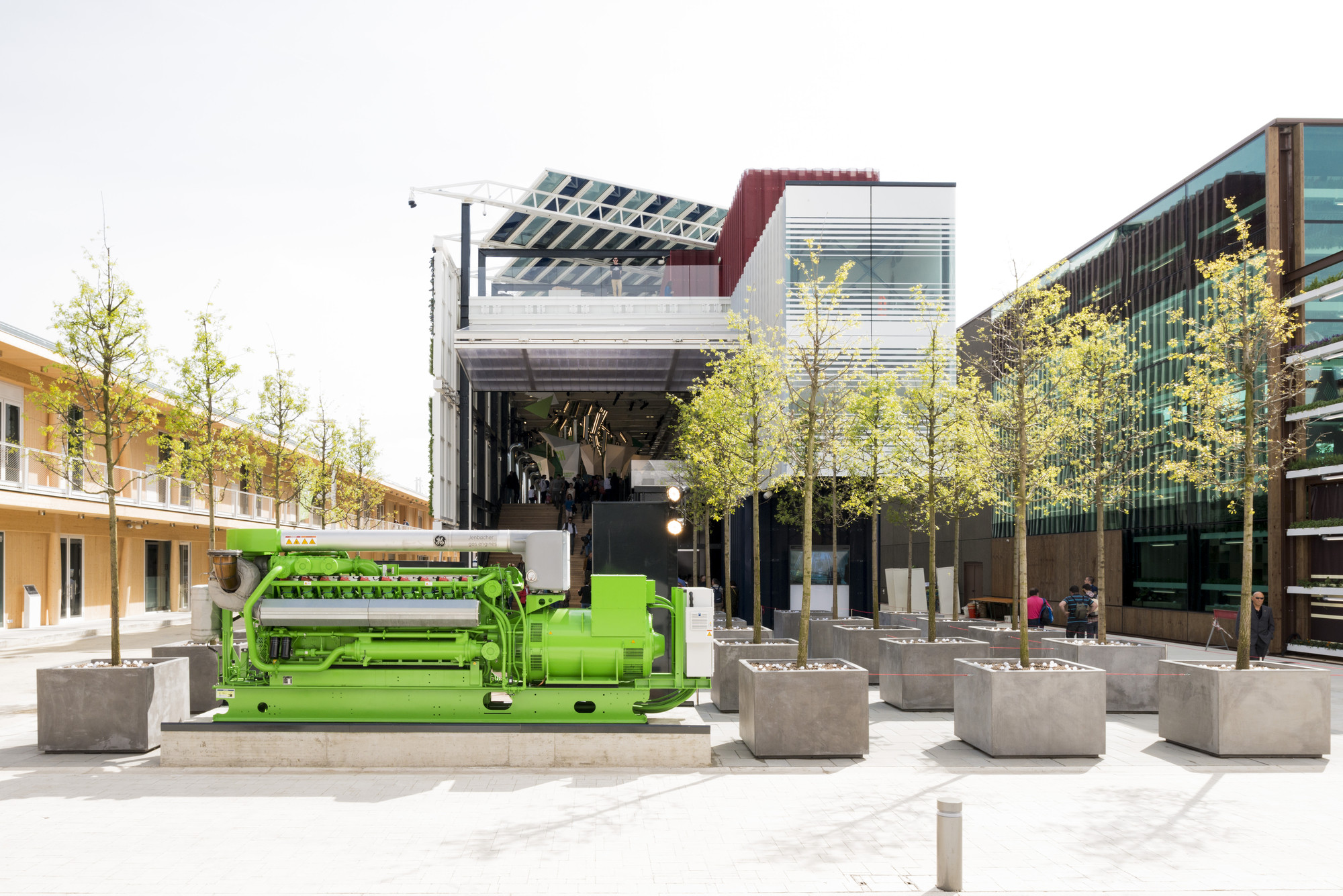 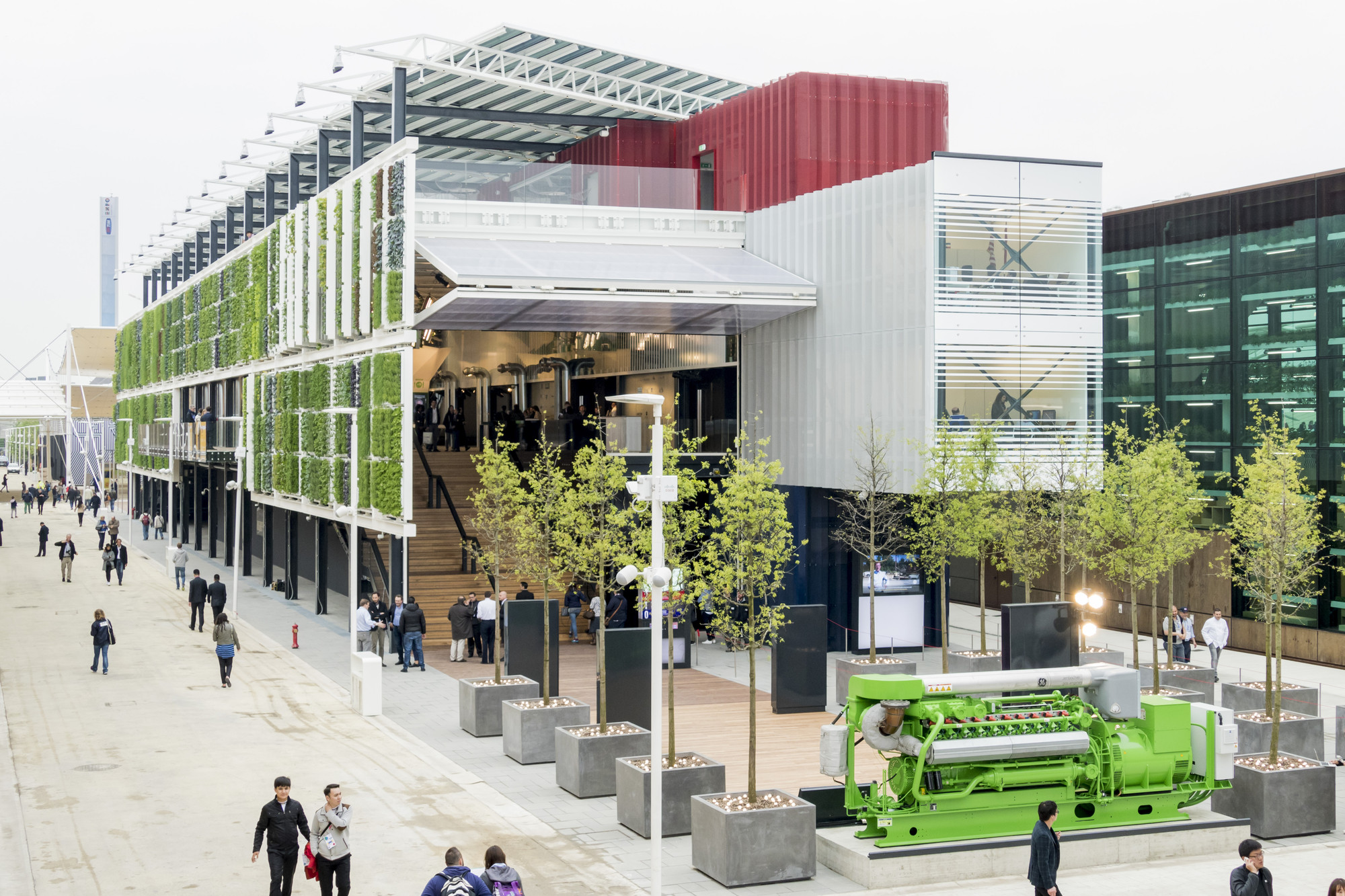 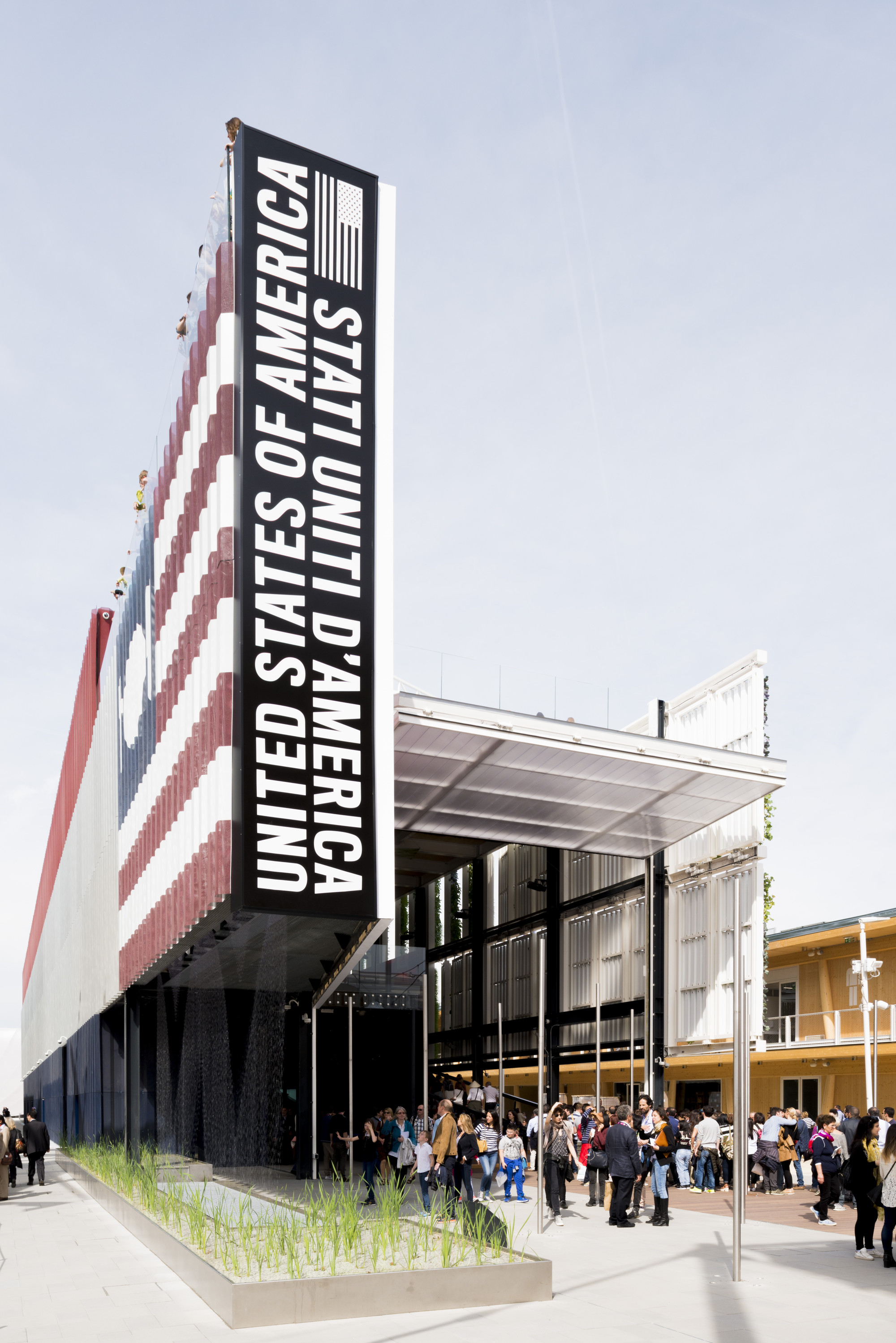 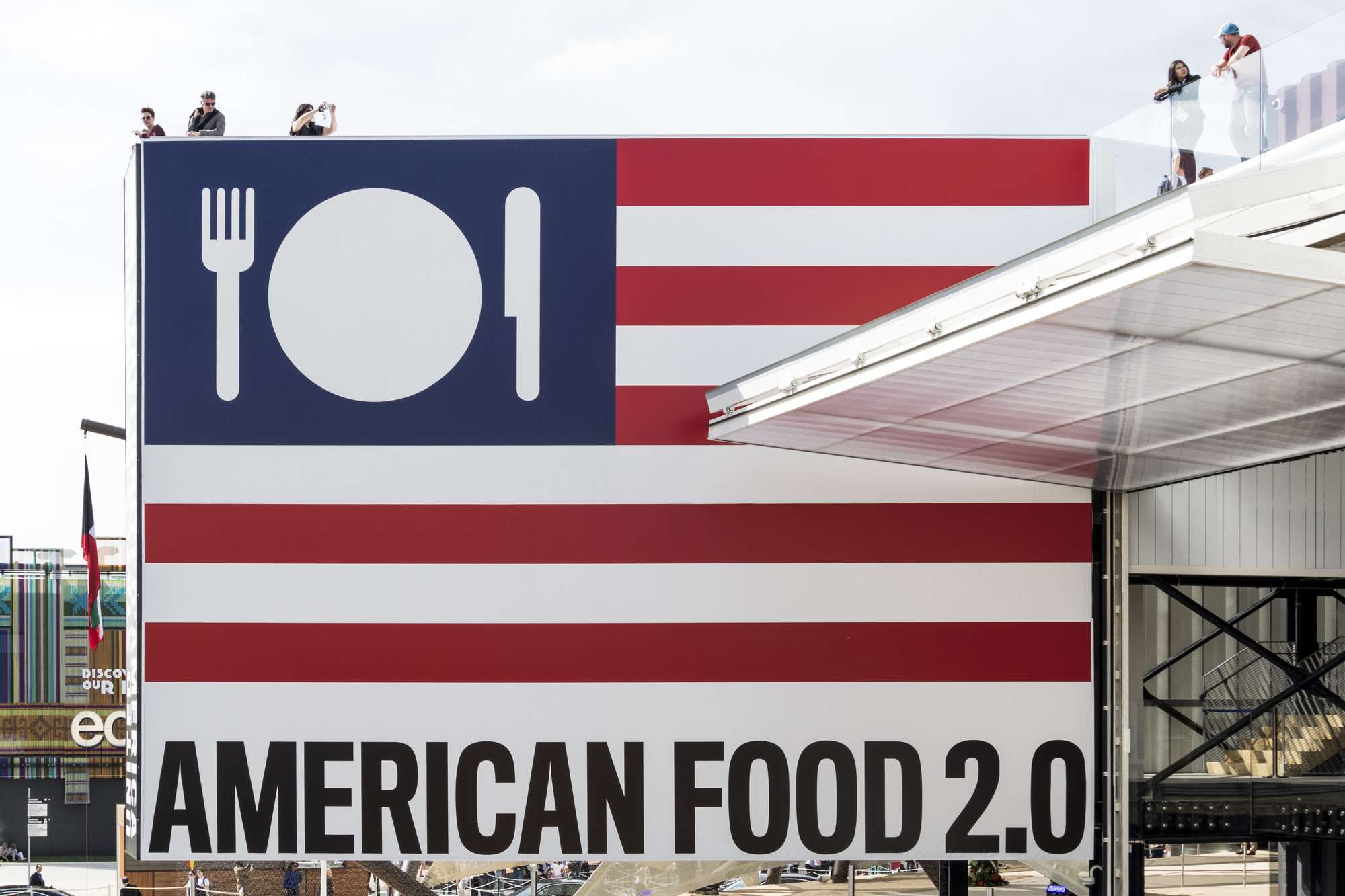 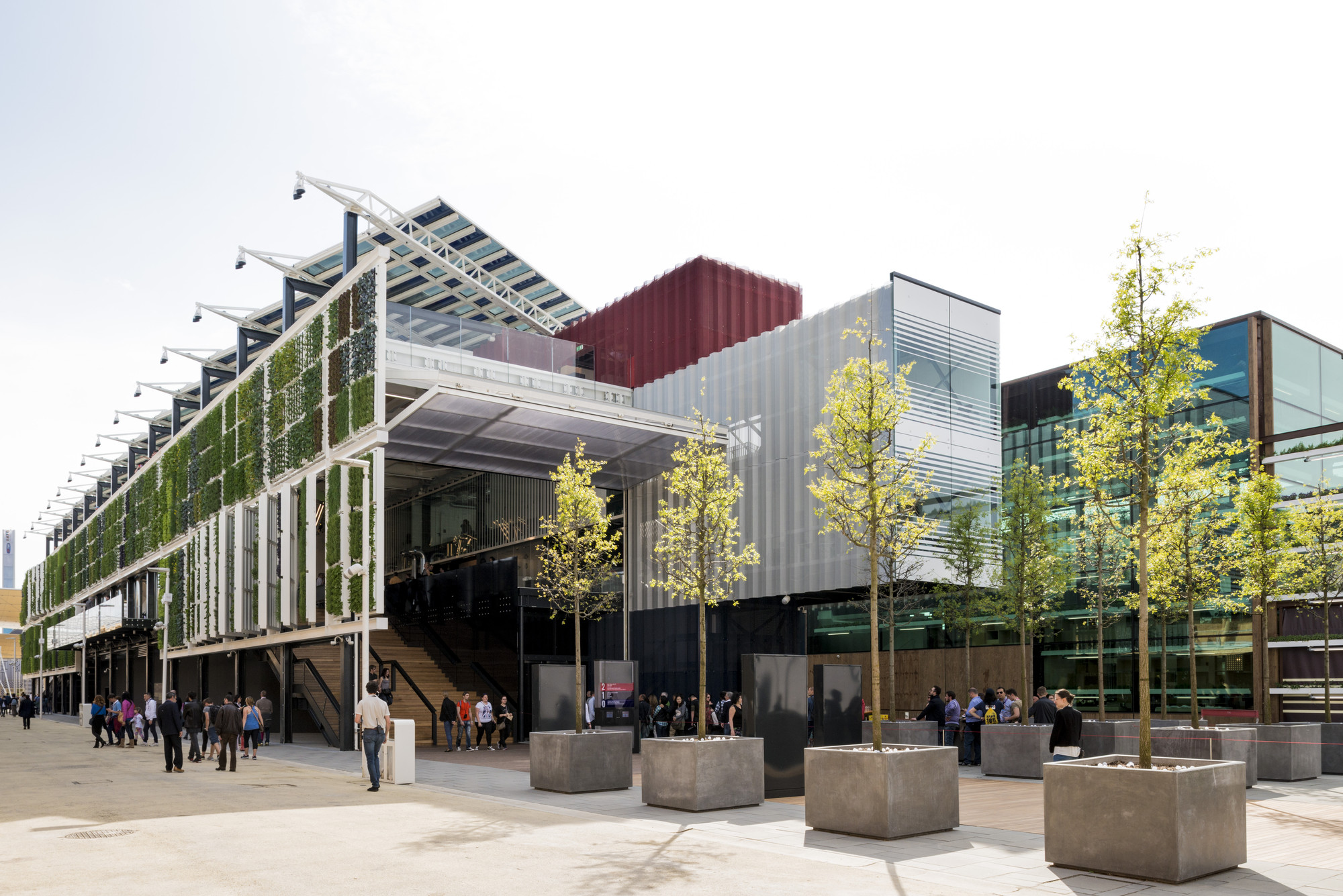 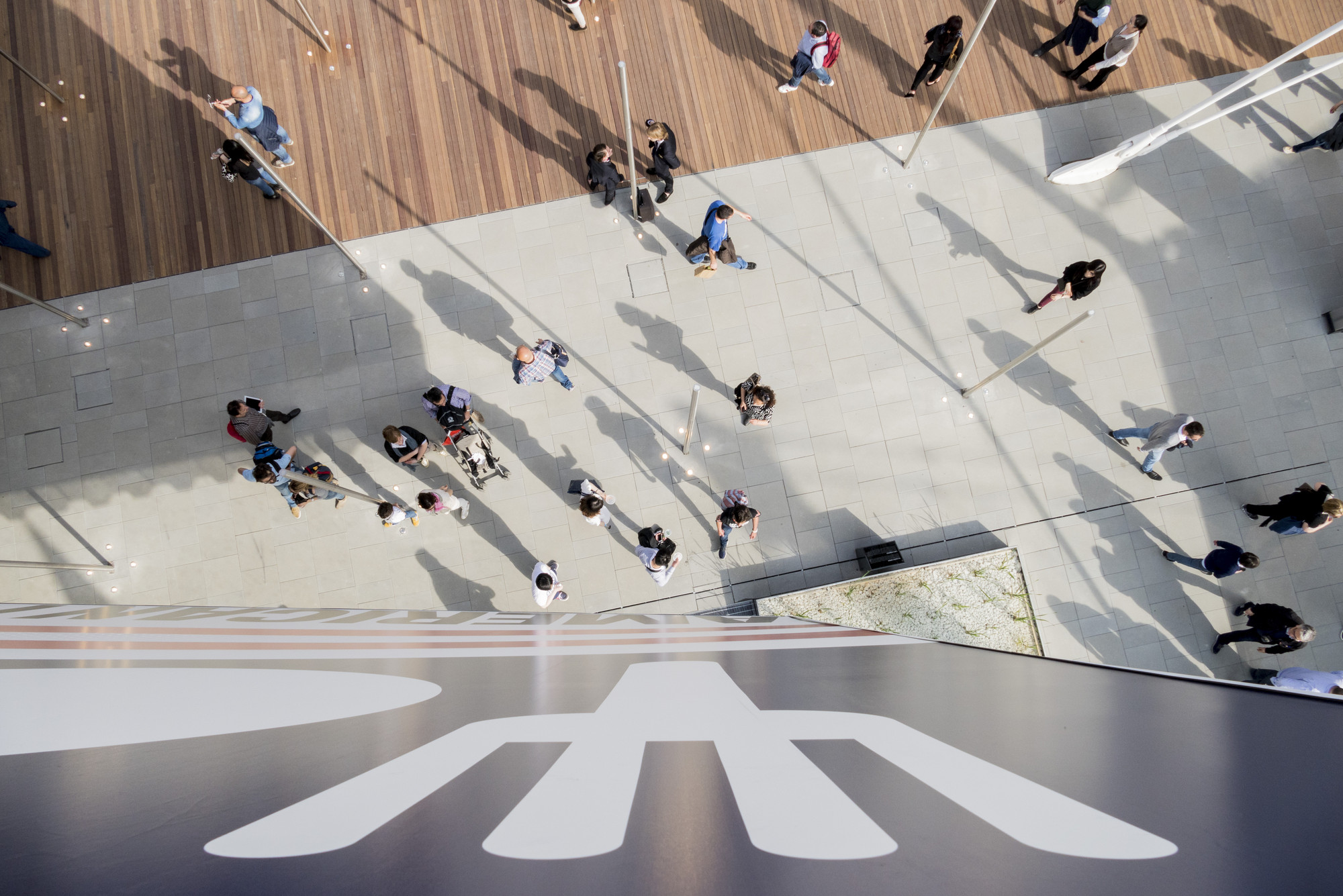 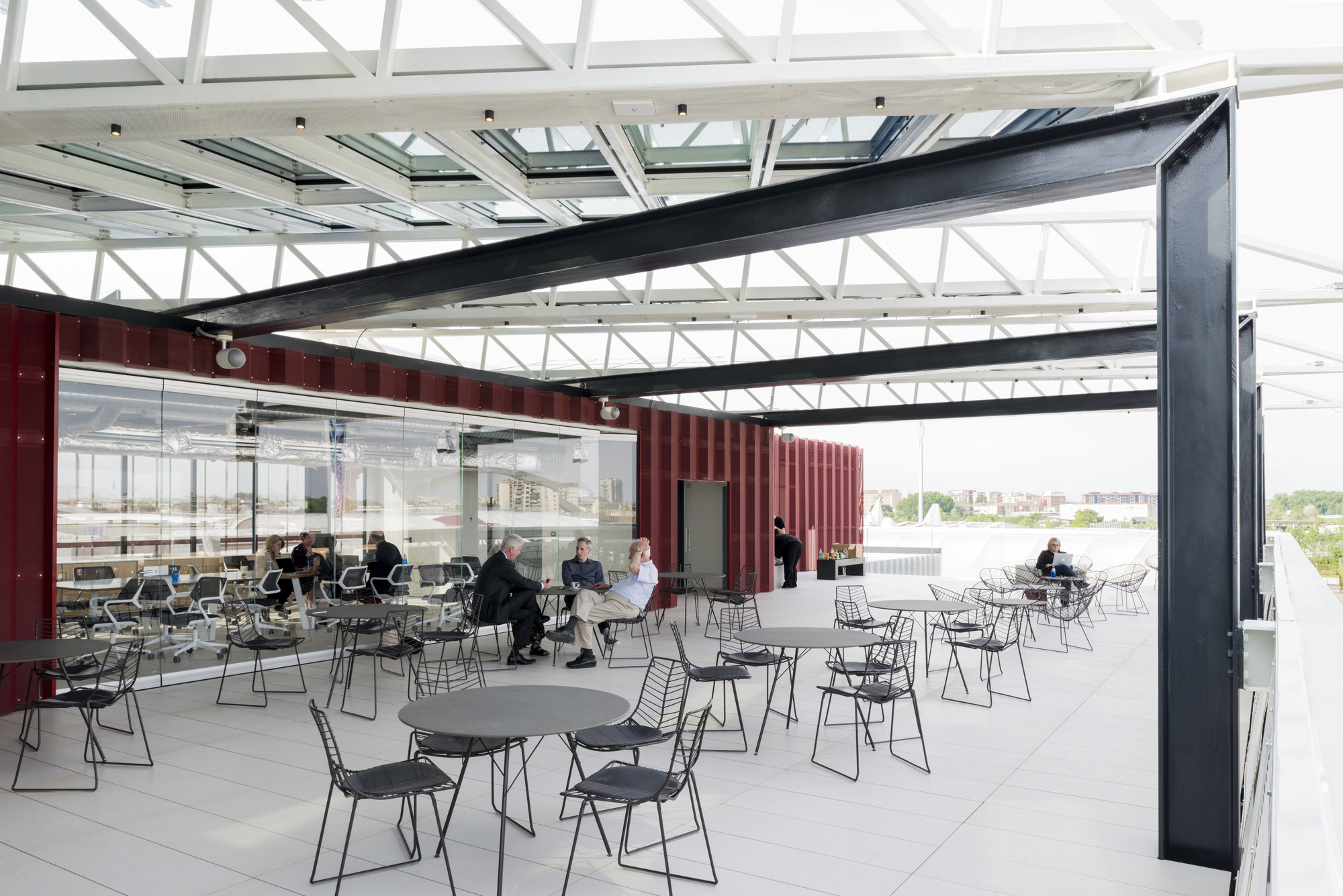 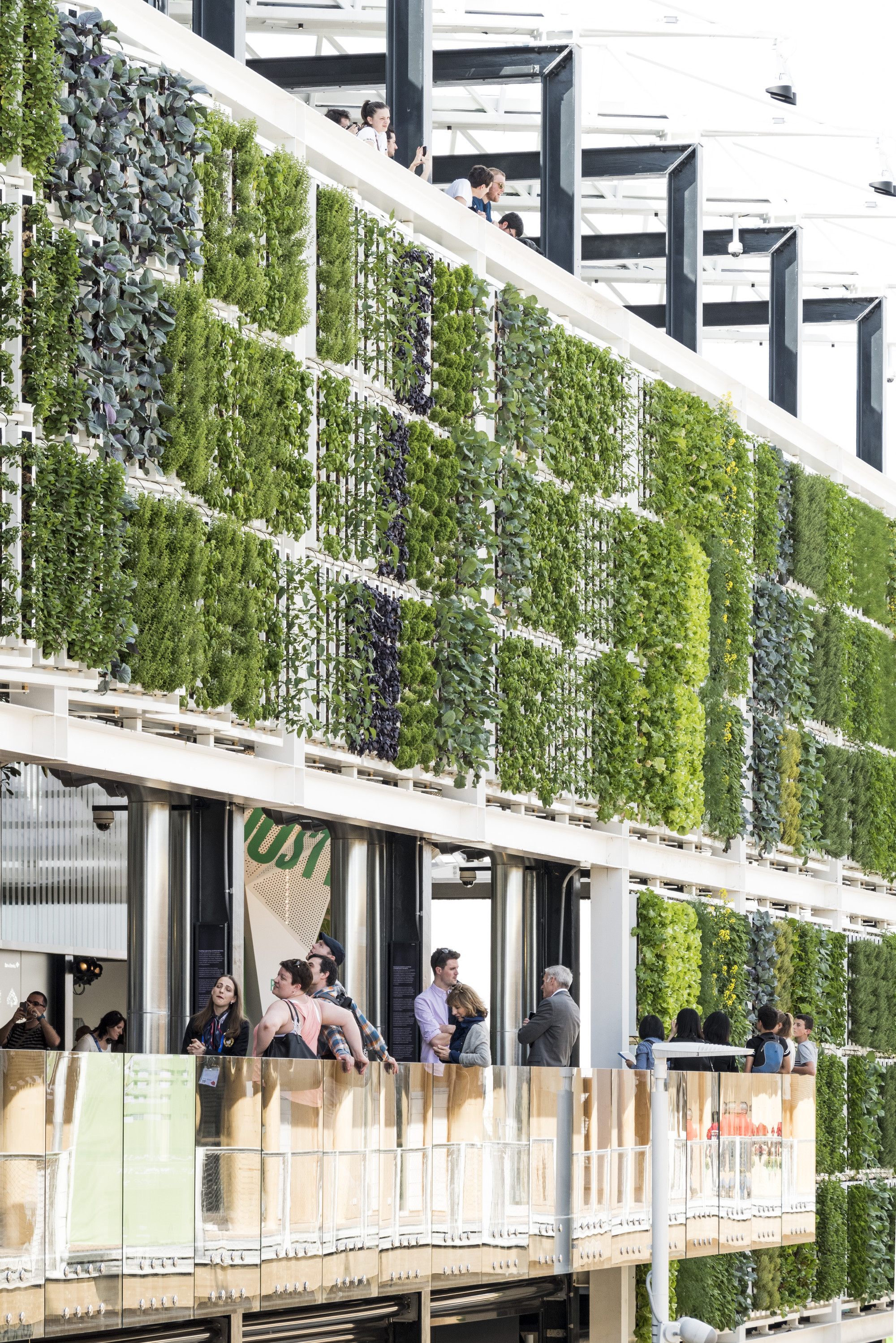 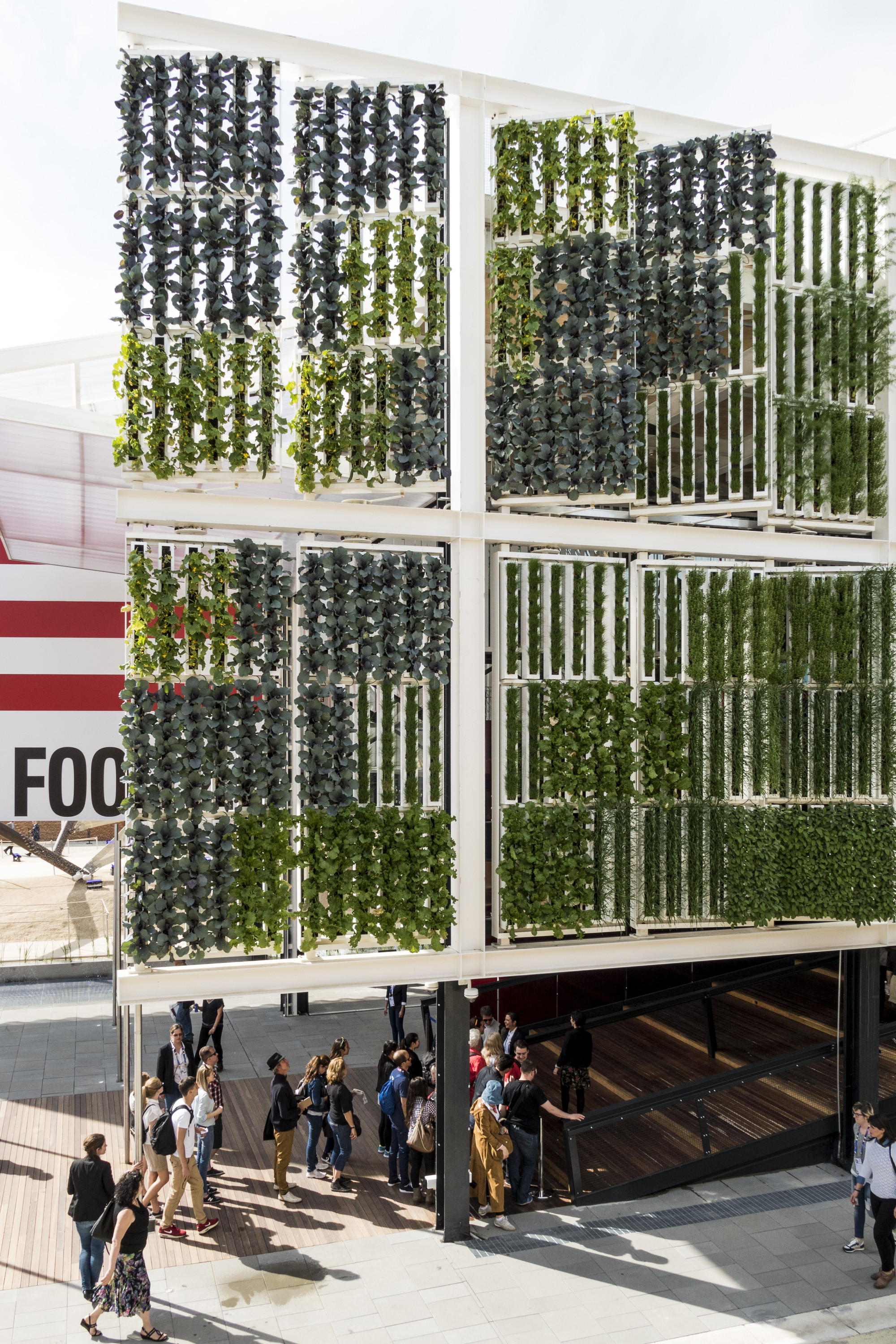 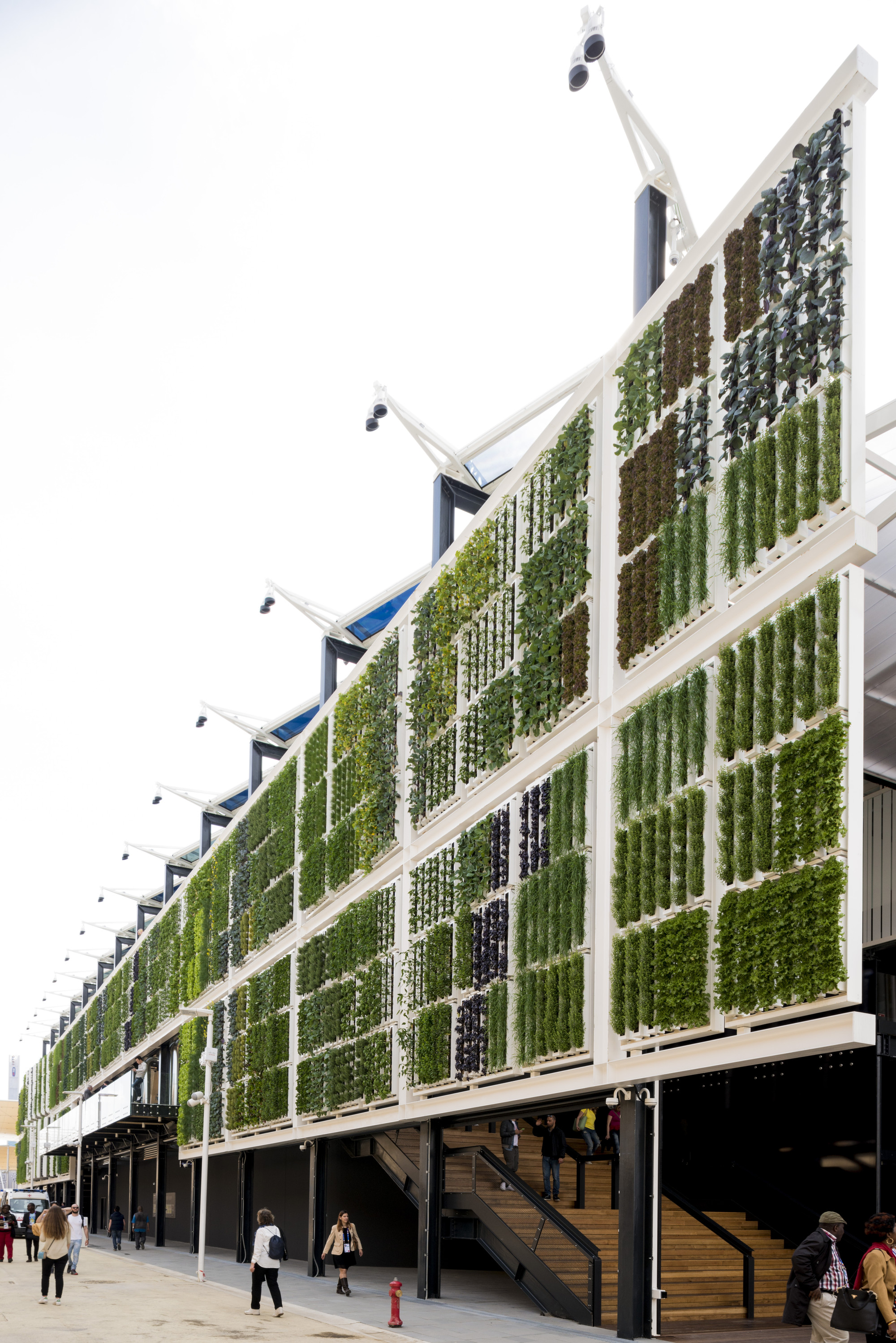 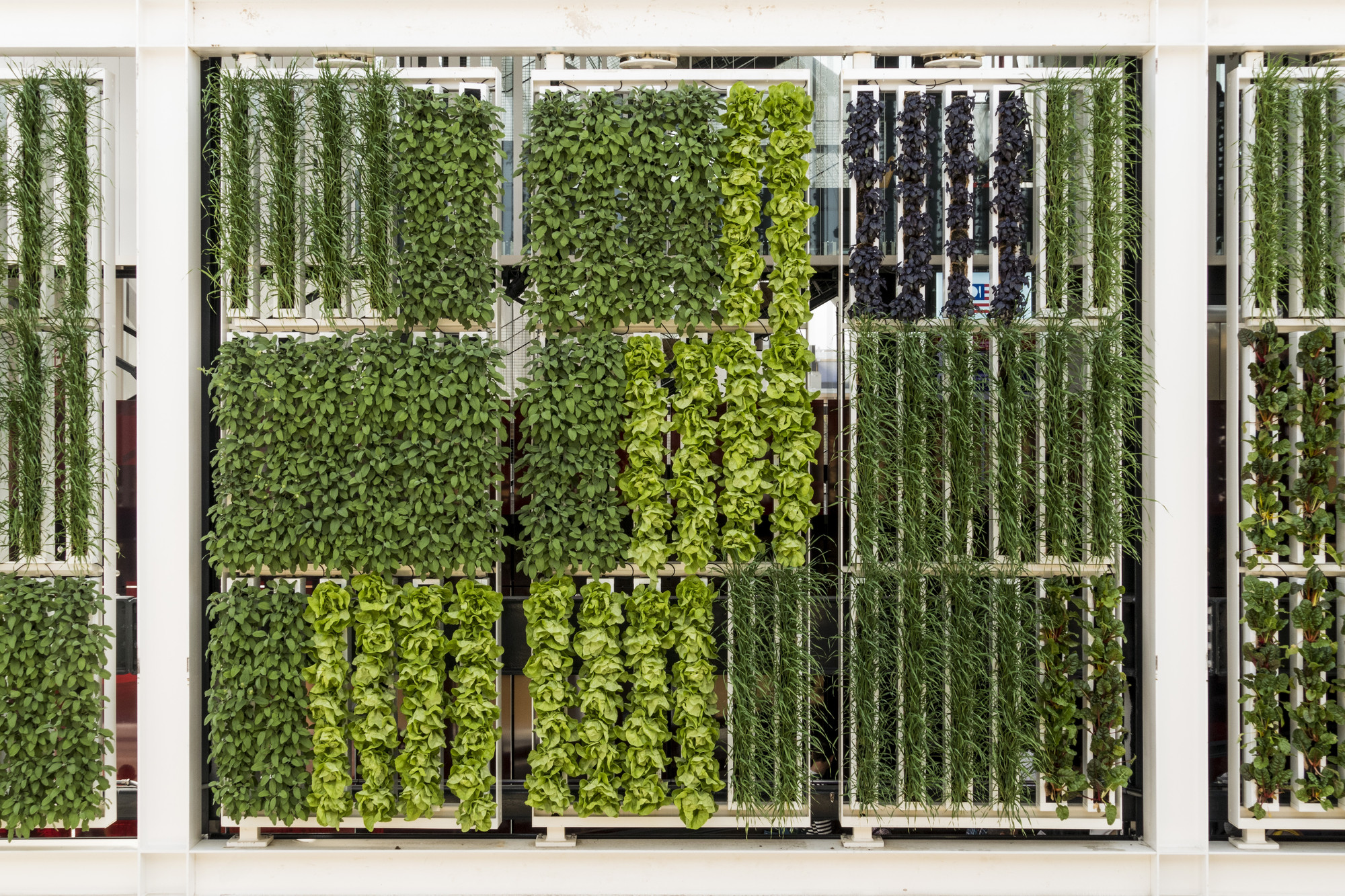 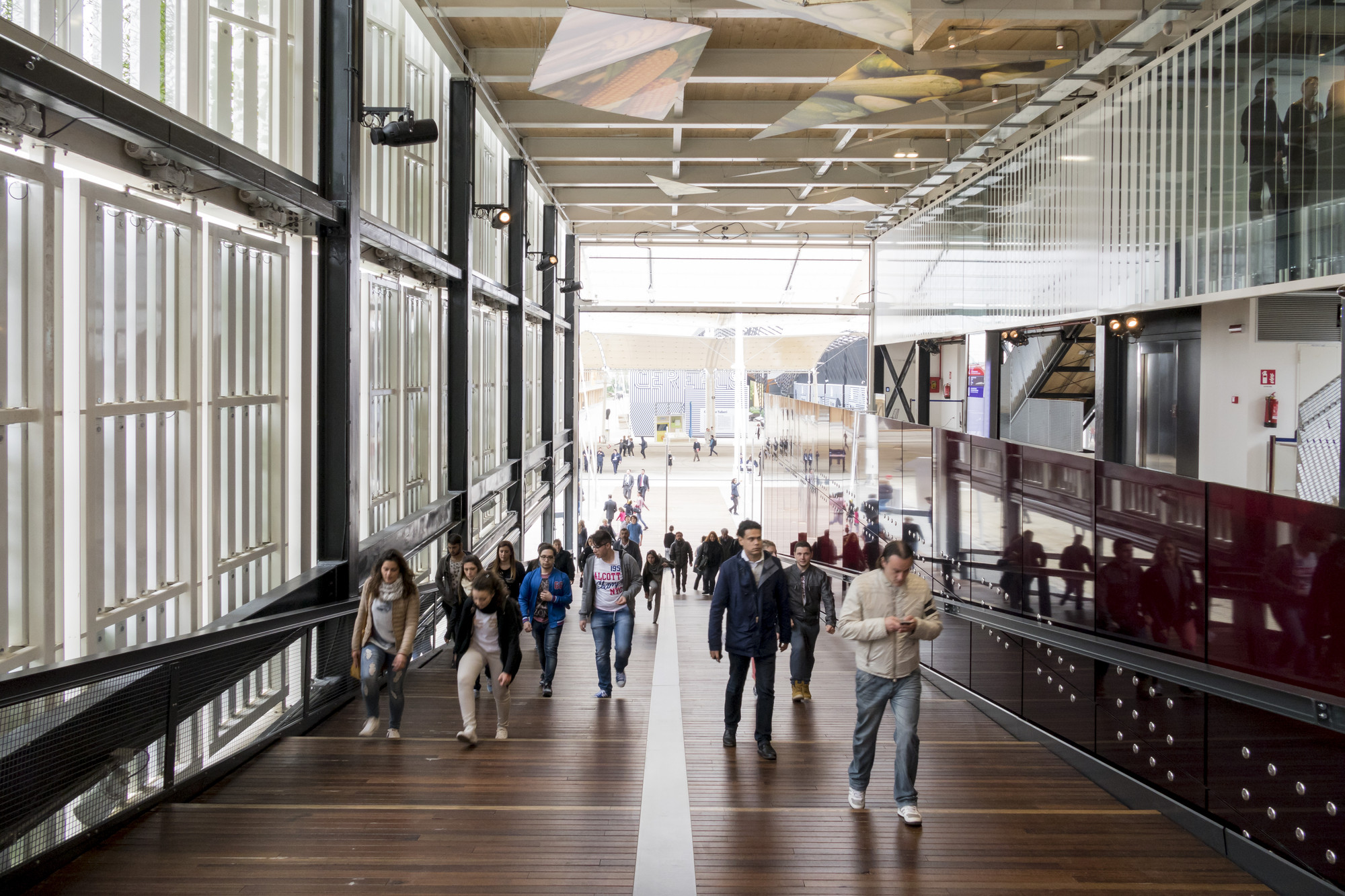 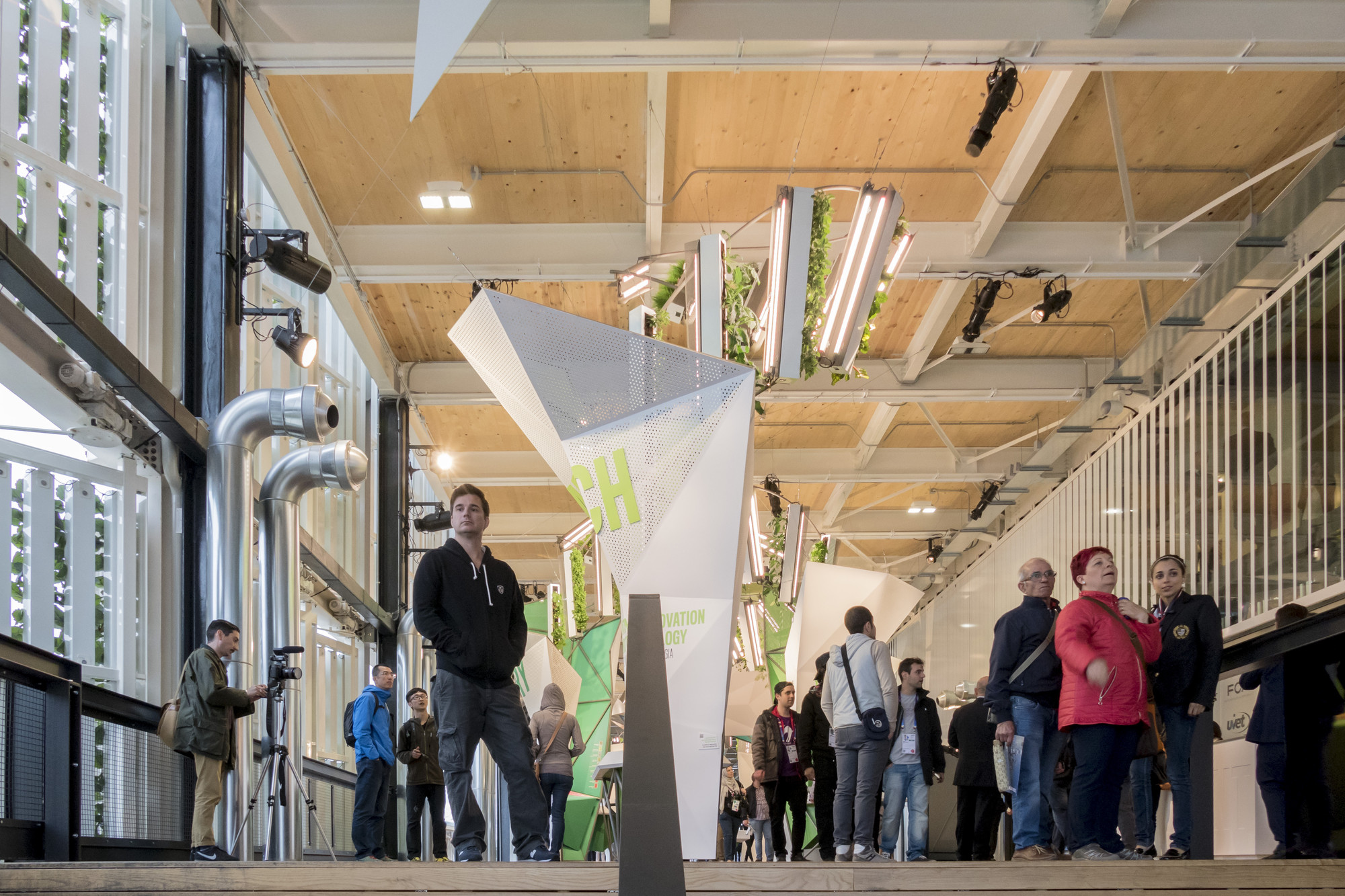 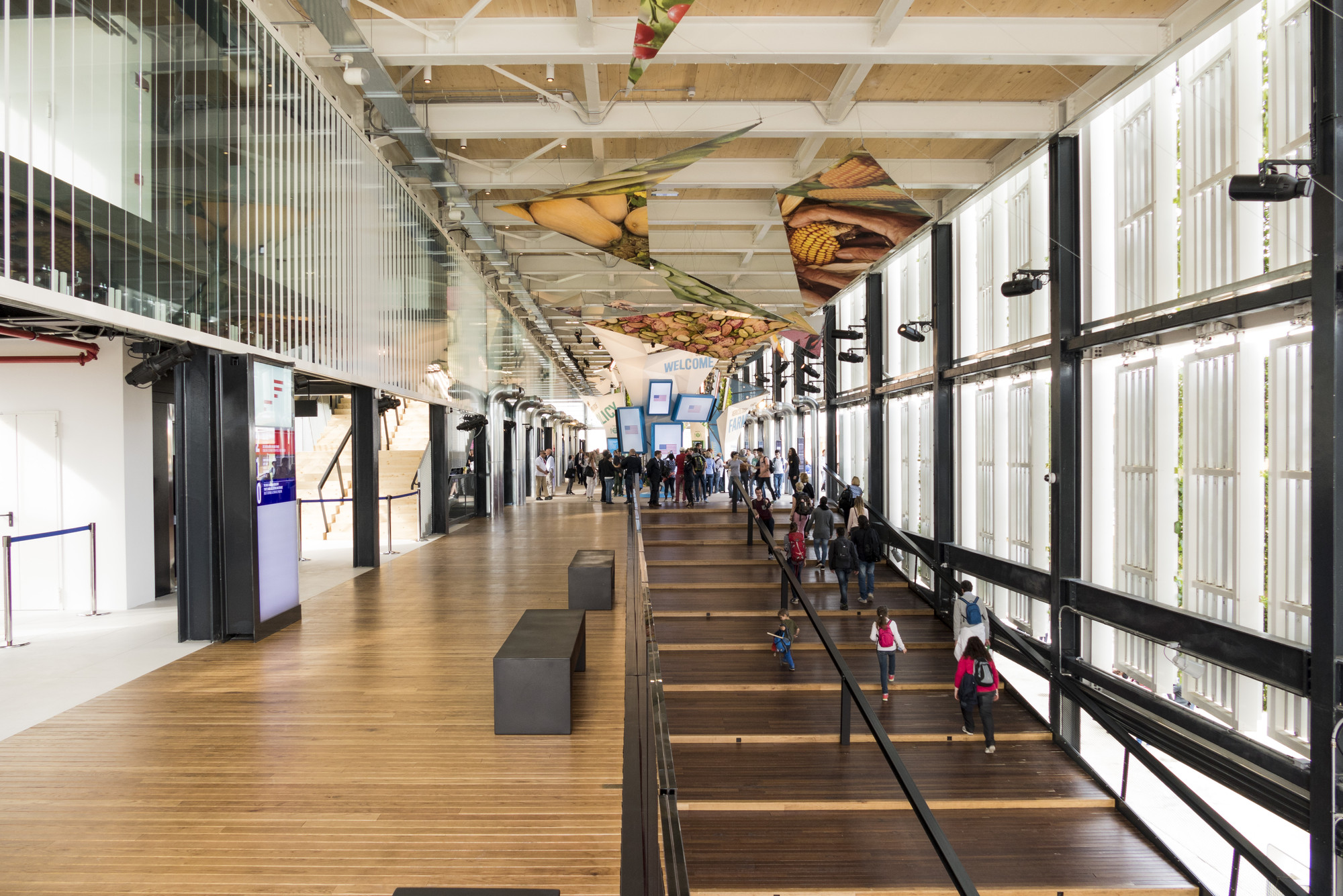 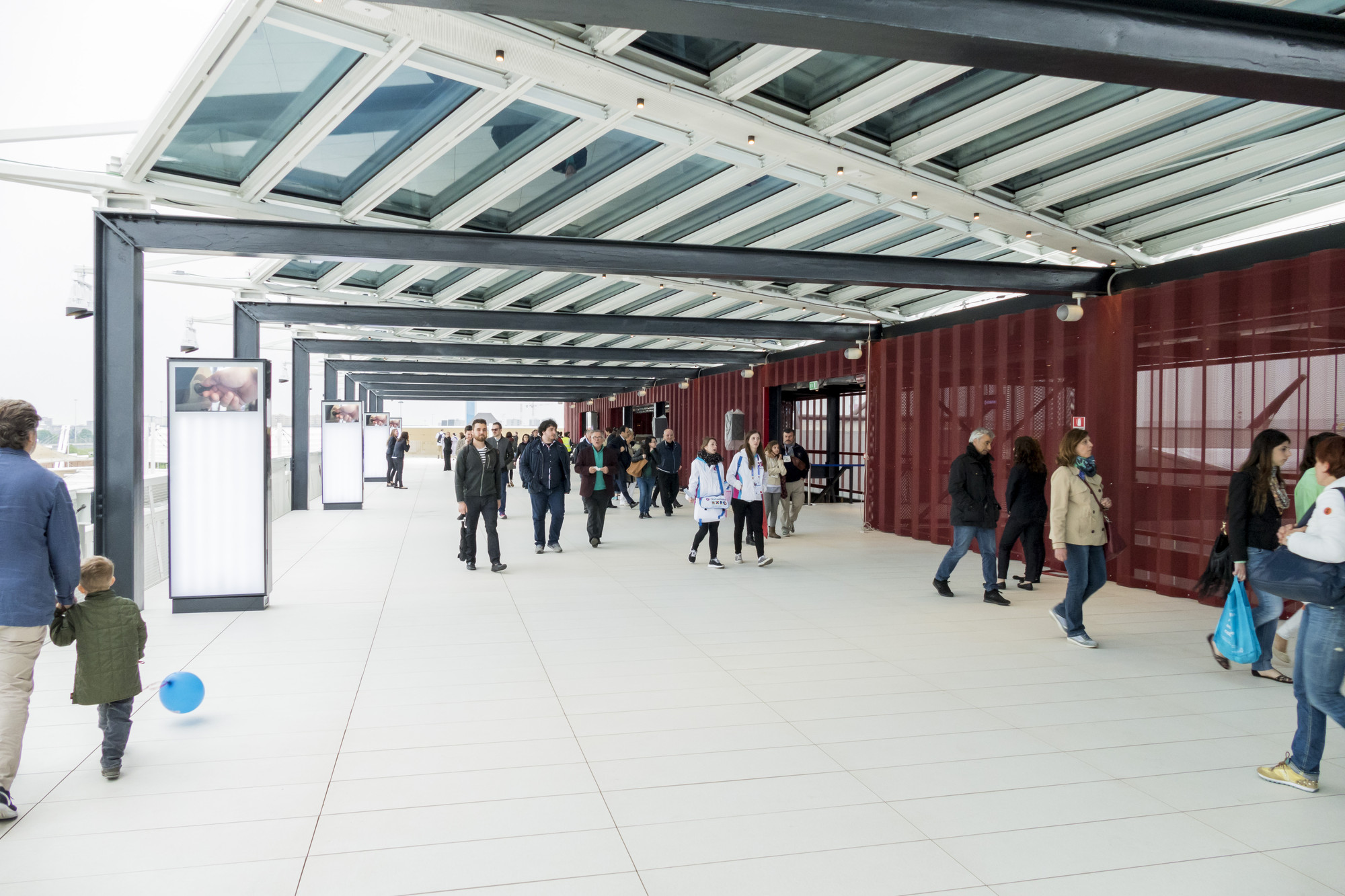 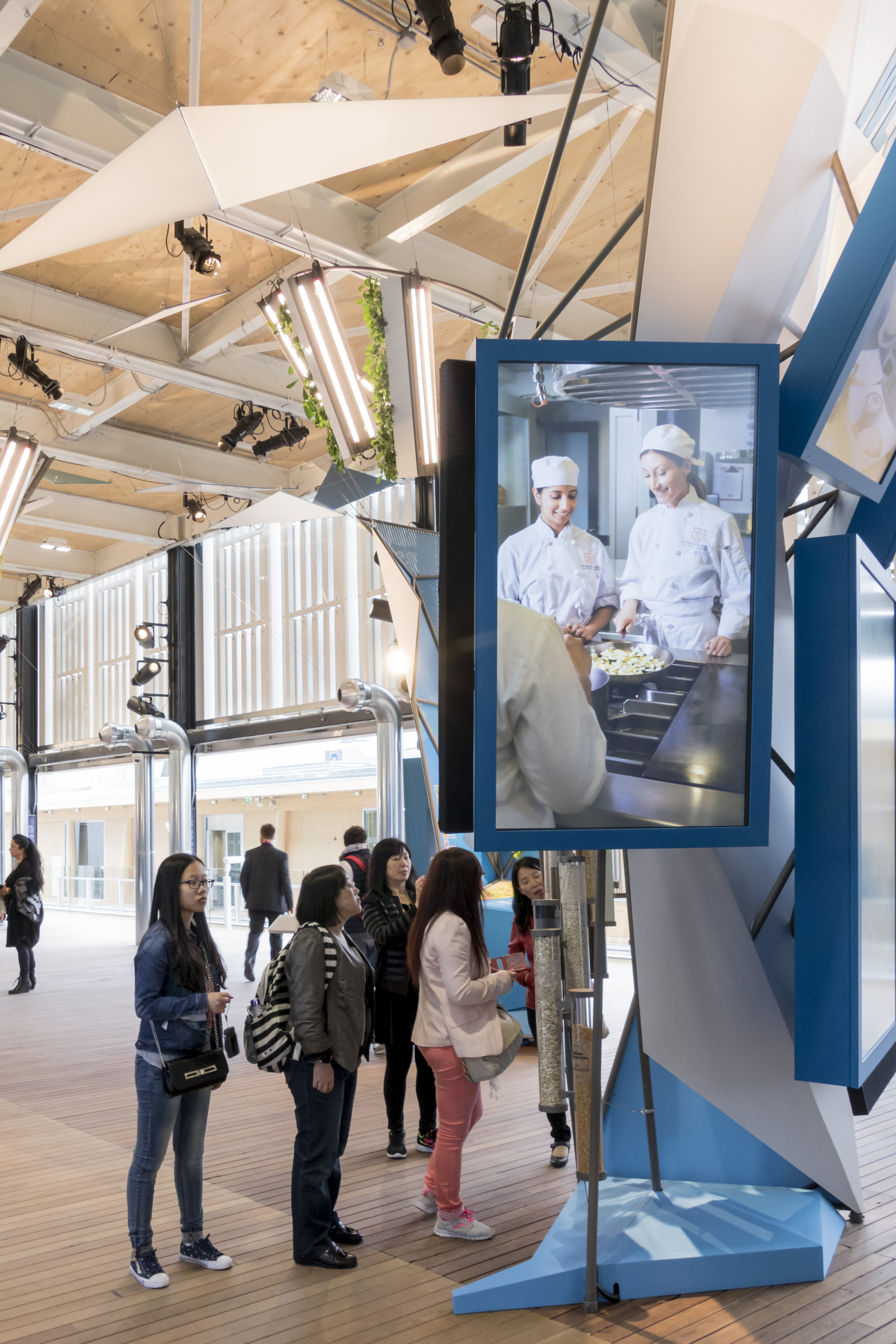 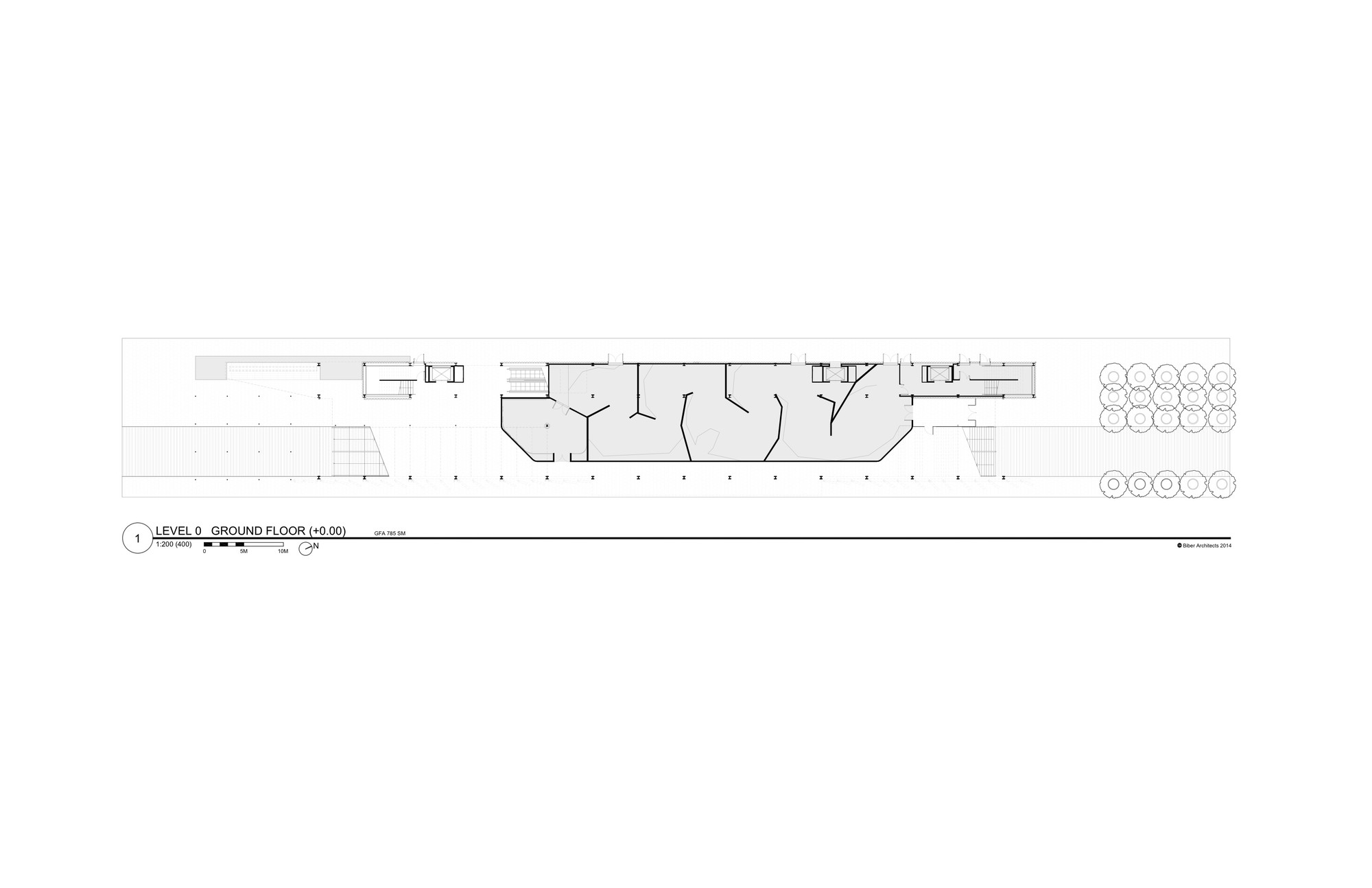 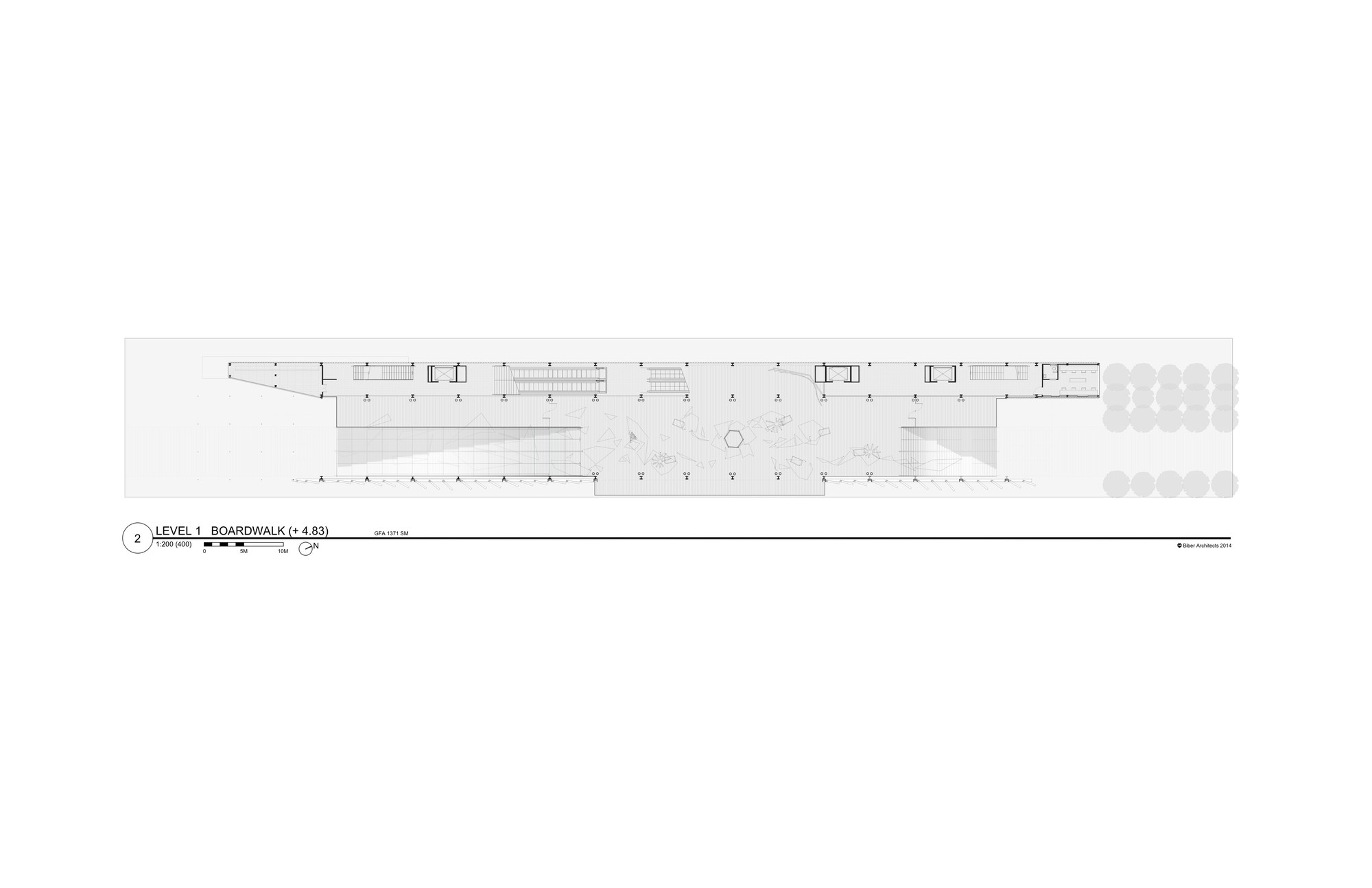 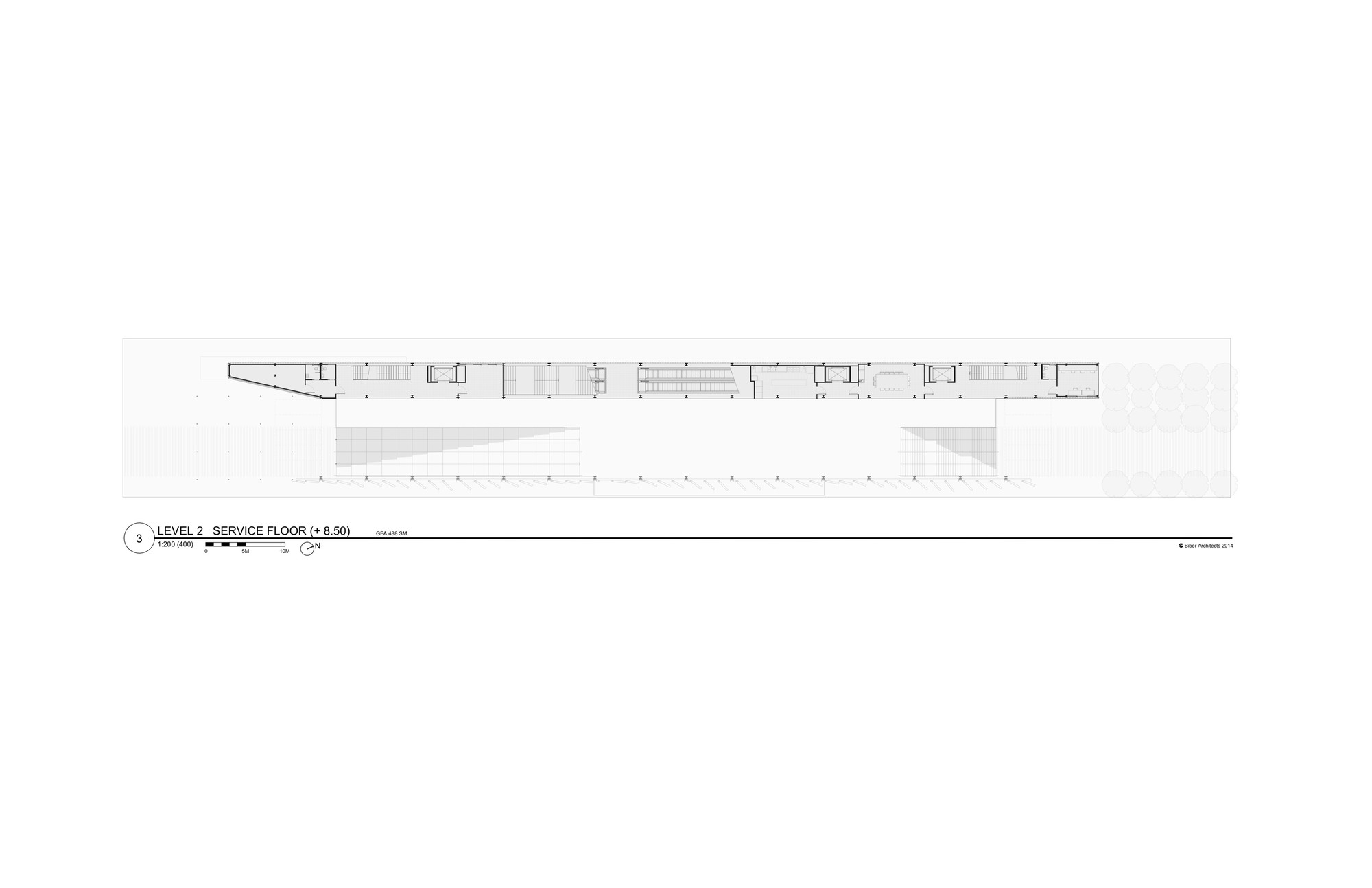 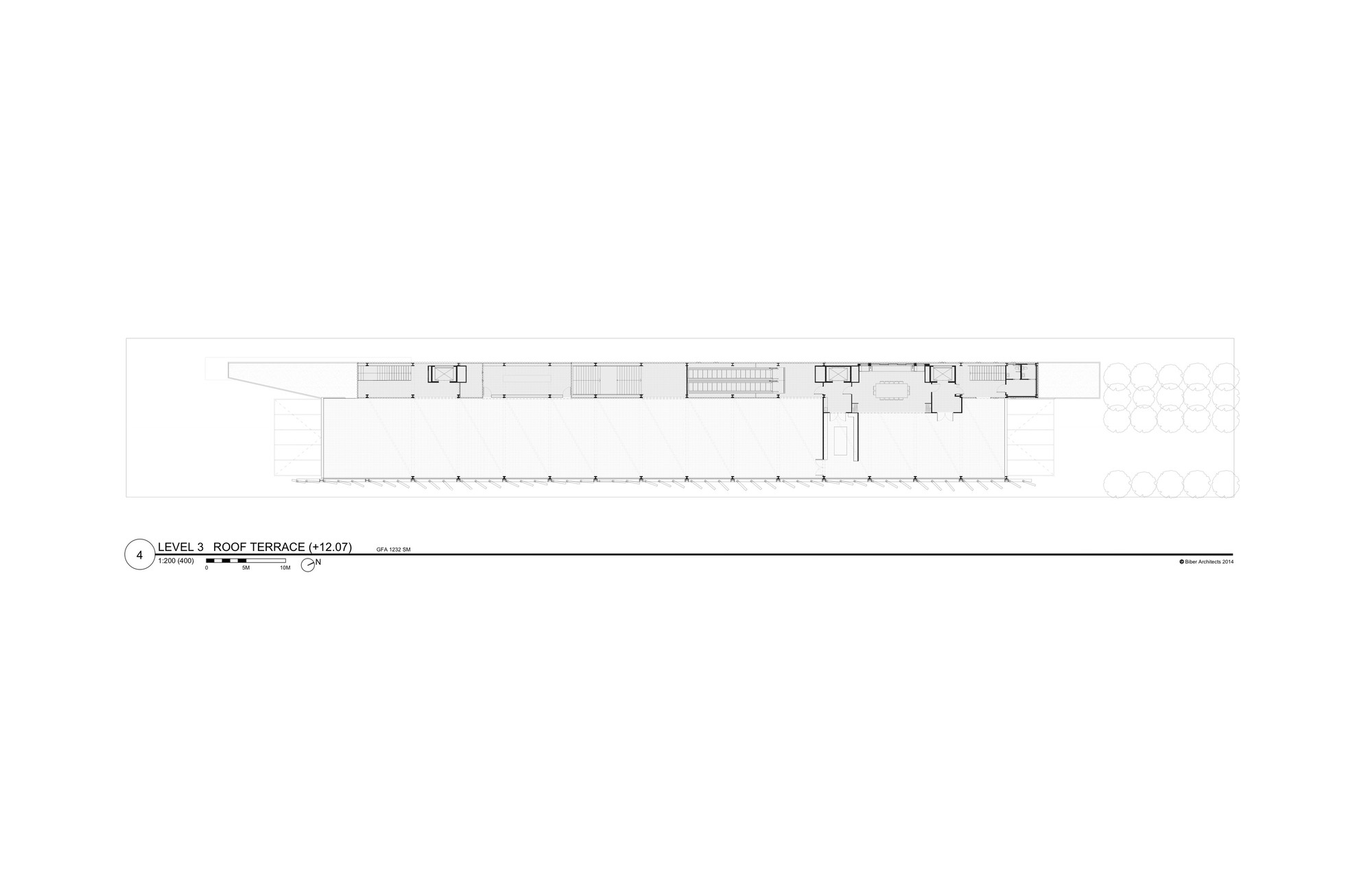 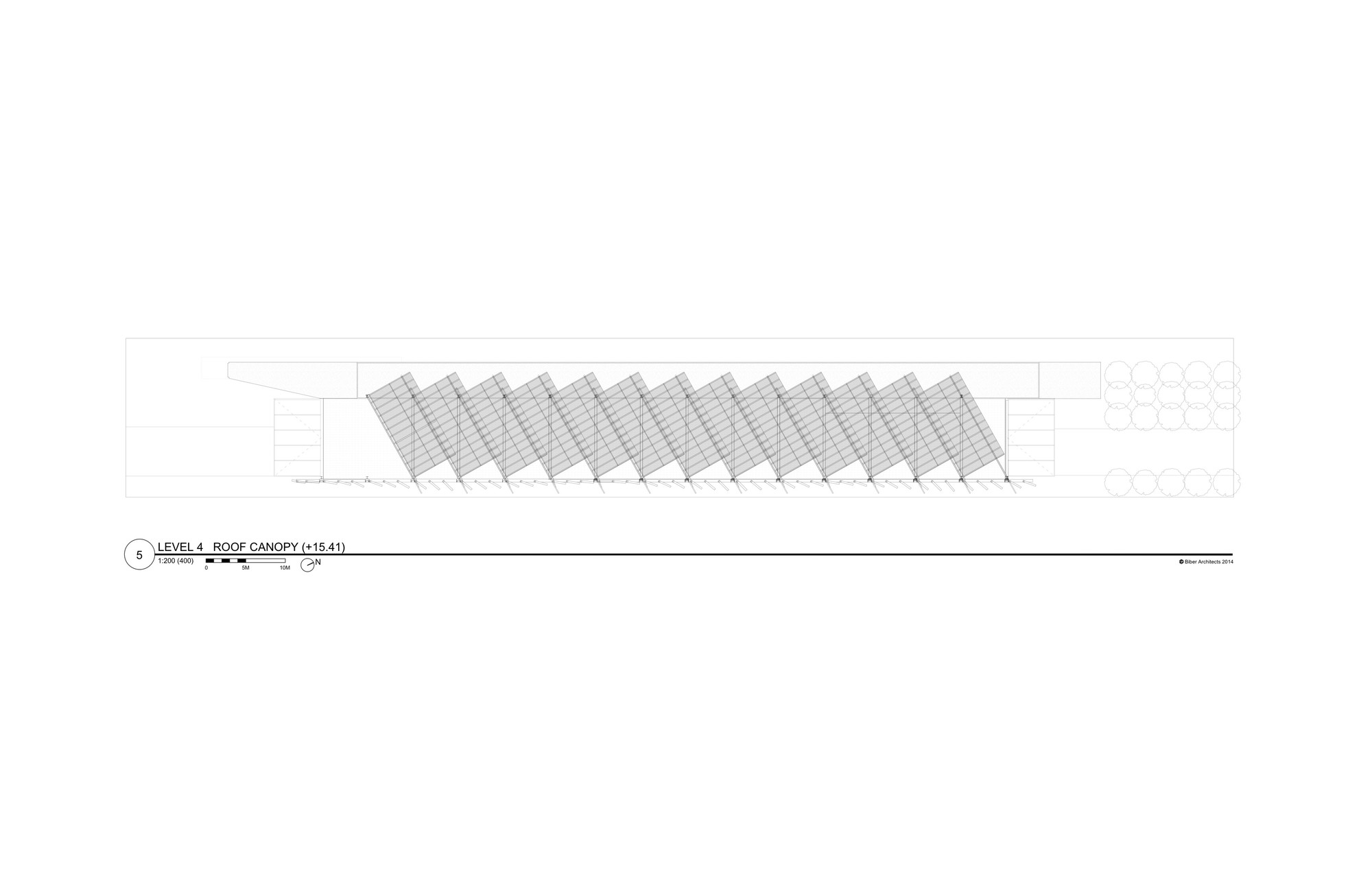