The Danish study MRLP transformed an existing pavilion in the Copenhagen park into a "mirror house". The building that was previously covered with

graffiti has been transformed into an interactive structure inviting and reflective. Distorting mirrors were installed behind the doors and the ends of the pavilion instead of the typical façade closed, creating an interesting transition between built and landscape reflection.

The mirror house at night with the shutters closed is an anonymous building but during the day the building opens, attracting the attention of children who like to see themselves transformed in all directions. 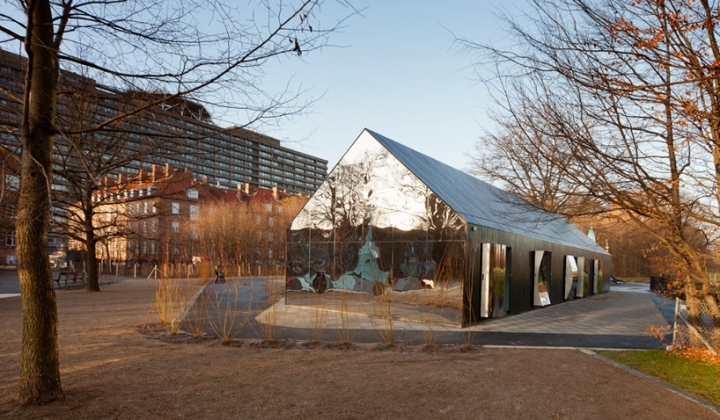 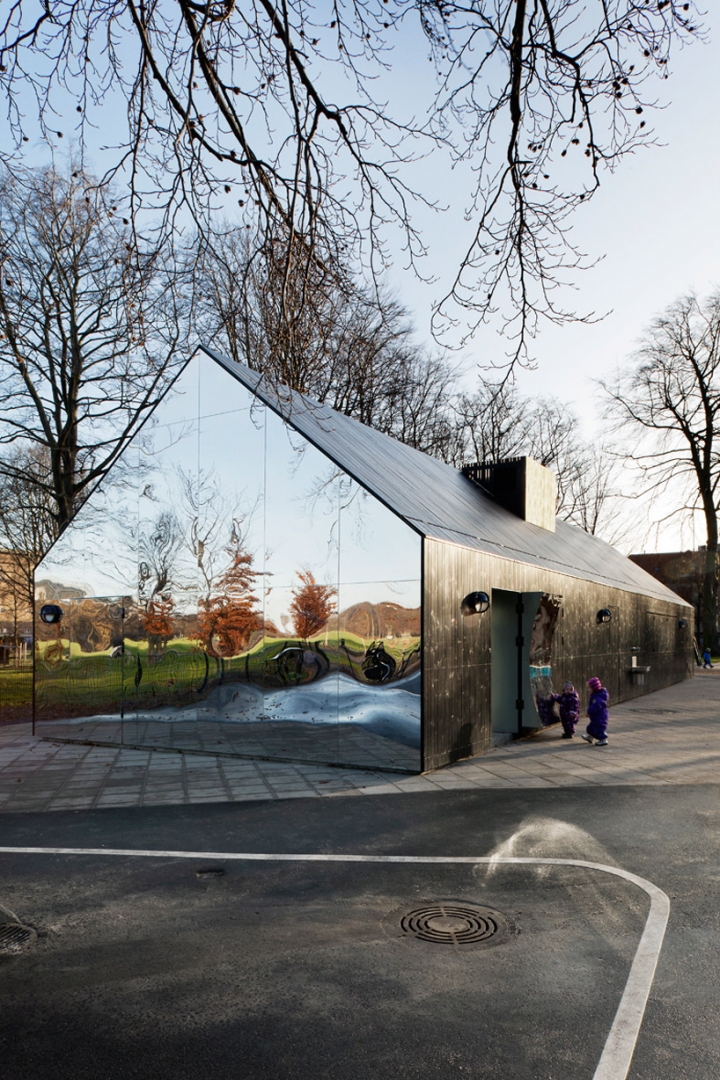 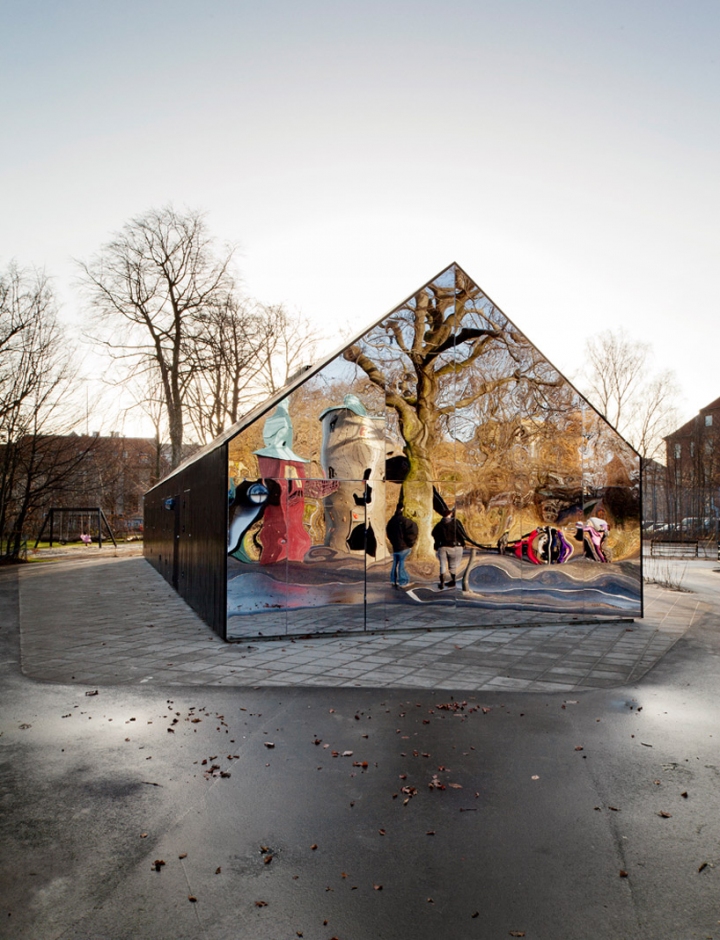 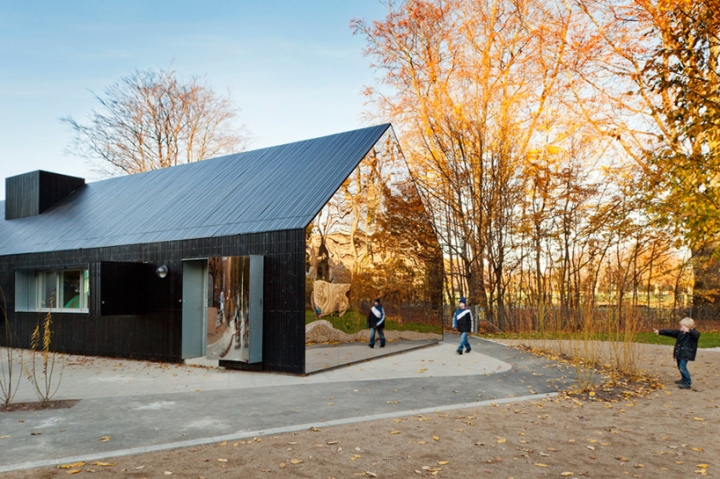 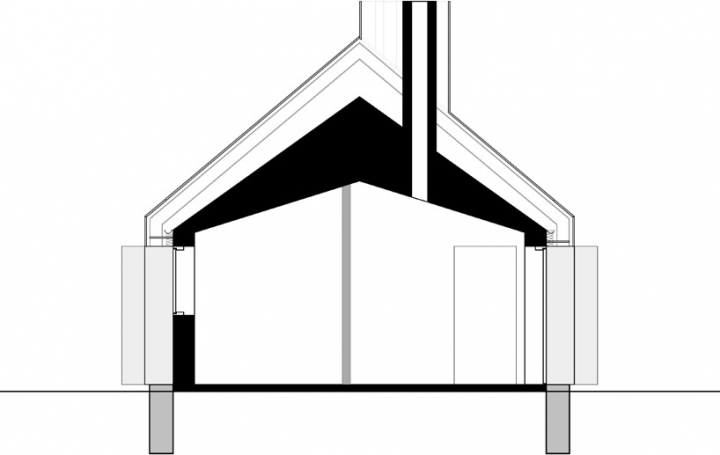