Located on the southern tip of the Korean peninsula, "Southcape owner's club" is a resort consisting of several complex located across the undulating topography of the place.

Completed by Mass Studies, The centerpiece of the project is a club house that embraces the landscape with its curved shapes and delicate, allowing the construction of intregrarsi with the surroundings.

The clubhouse is characterized by its sculptural roof and molded in white cement which by itself by a response to undulating terrain. Below, sheds function as shading devices, protecting internal parts from direct sunlight, and contributing to the sense of sinuous movement that has spread throughout the design.

A central courtyard is formed by an entrance patio place under the roof of sculptures that connects the complex, as to frame the panoramic sea views. 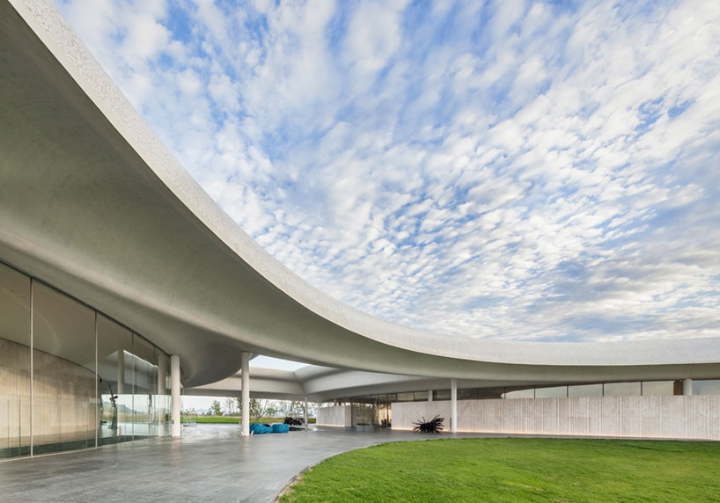 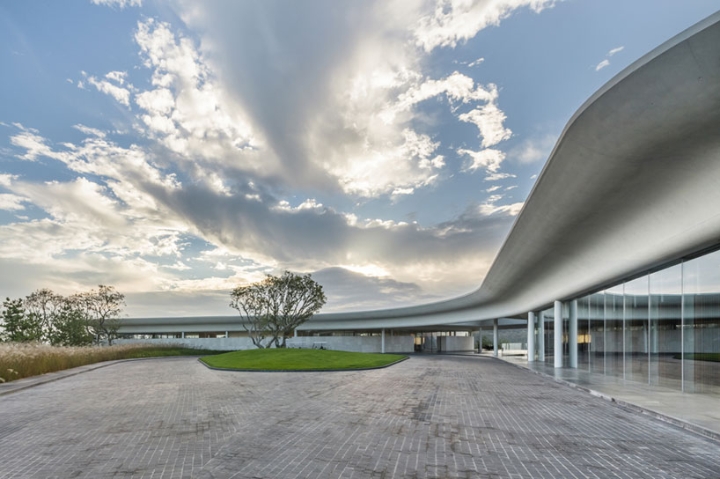 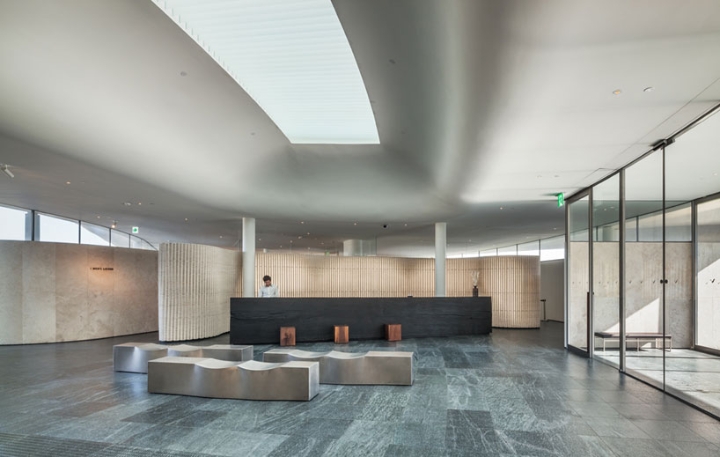 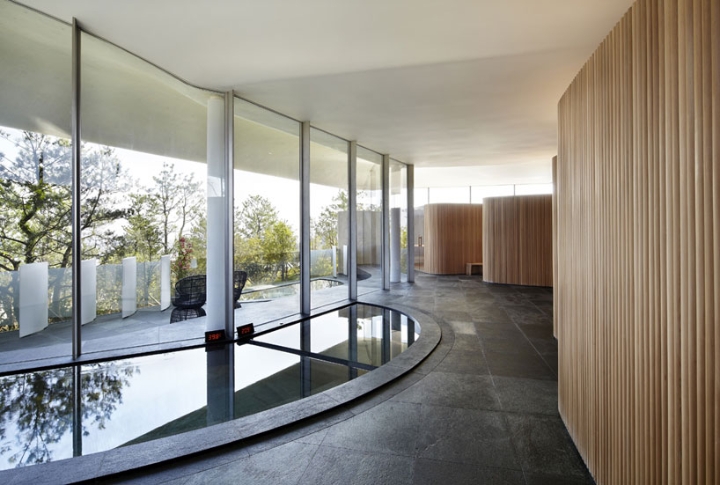 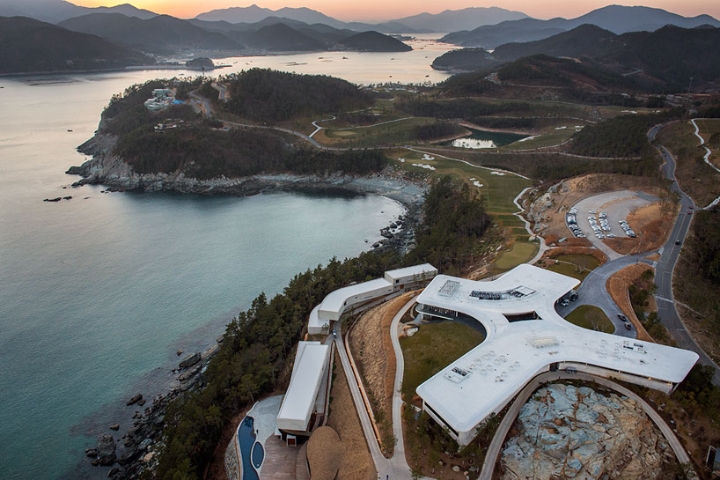 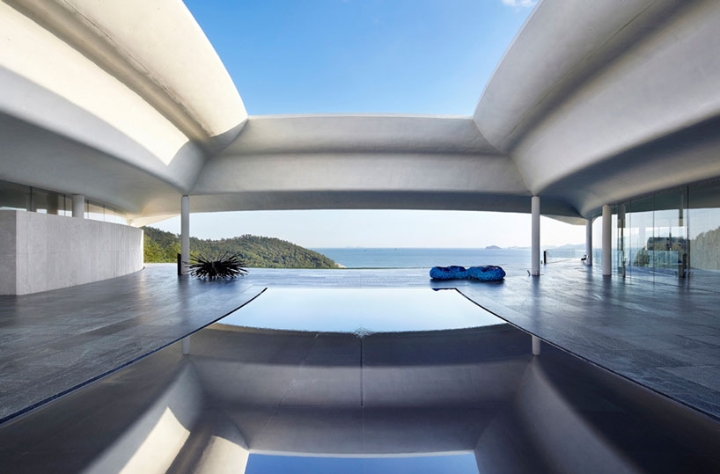 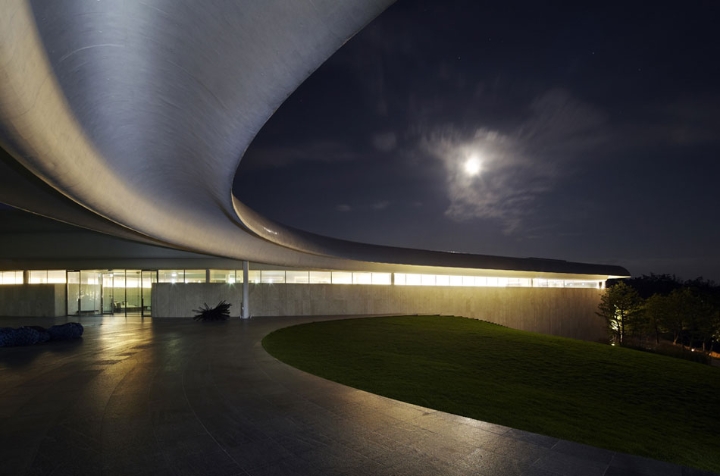