When it comes to great works of architecture, one can not speak of the Guggenheim Museum in Bilbao, Spain, designed by Frank Owen GehryNot only for its spectacular and its cutting edge technology, but because it was the star of a new era, that of the transition to the digital age.

In fact, for its author's own admission, this museum was conceived, designed and built using the digital modeling, with the help of advanced computer software that have managed to transform the utopia into reality. 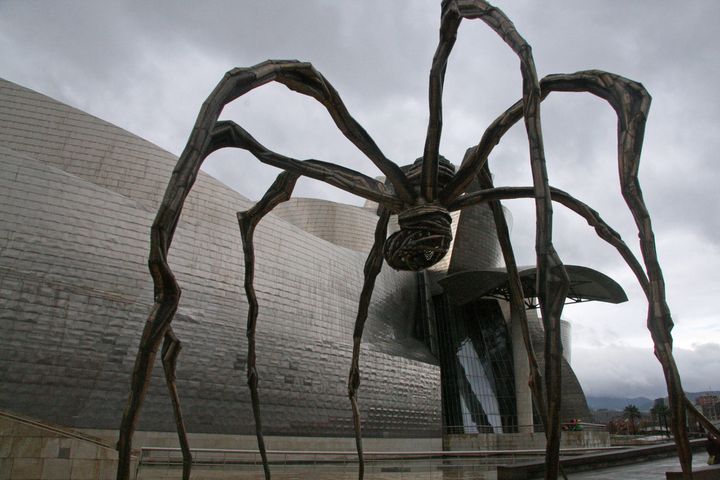 The museum, since its construction, received much criticism for the high cost of implementation is that of maintenance, due to moisture that would attack the titanium which would be composed largely of the building and is for defects each slab that would lead to continuous deformations getting the whole structure would be subject to several restorations. 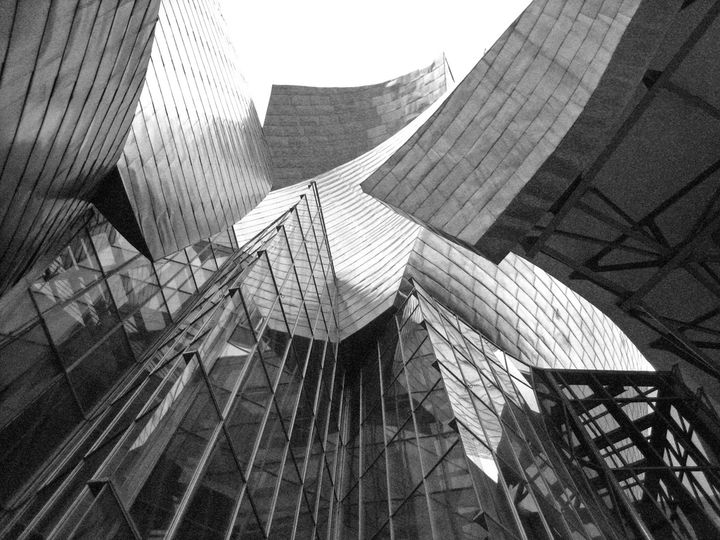 Despite this just was opened in 1997 turned into a major tourist attraction, drawing visitors from all over the country, becoming the symbol of the City of Bilbao in the world.

The building became the most important of the works contained in it and one of the most spectacular buildings of deconstructionism. 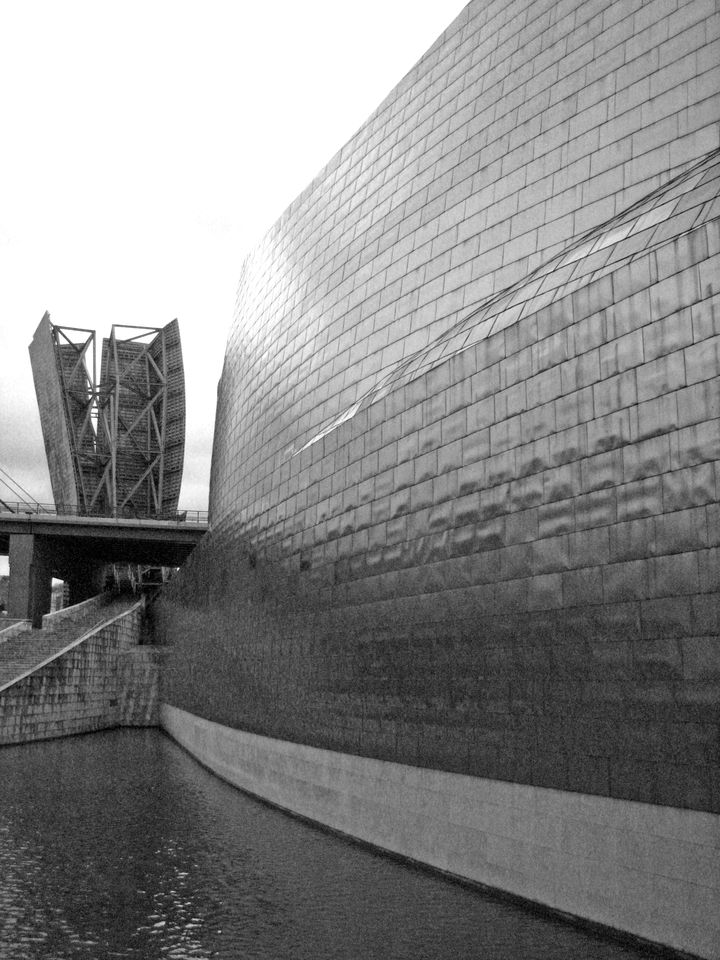 The Museum was commissioned by Solomon R. Guggenheim Foundation. The chosen location was north of the city center, a strategic point from which the museum would have been visible from the three main points of the city, on the site of an old industrial land at the foot of the Nervion River and an artificial lake slightly higher than this, properly designed, on whose waters reflected increasing even more its spectacular, especially at night when you consider that the level of water were placed burner from which protrude colored flames mixed with water spray. 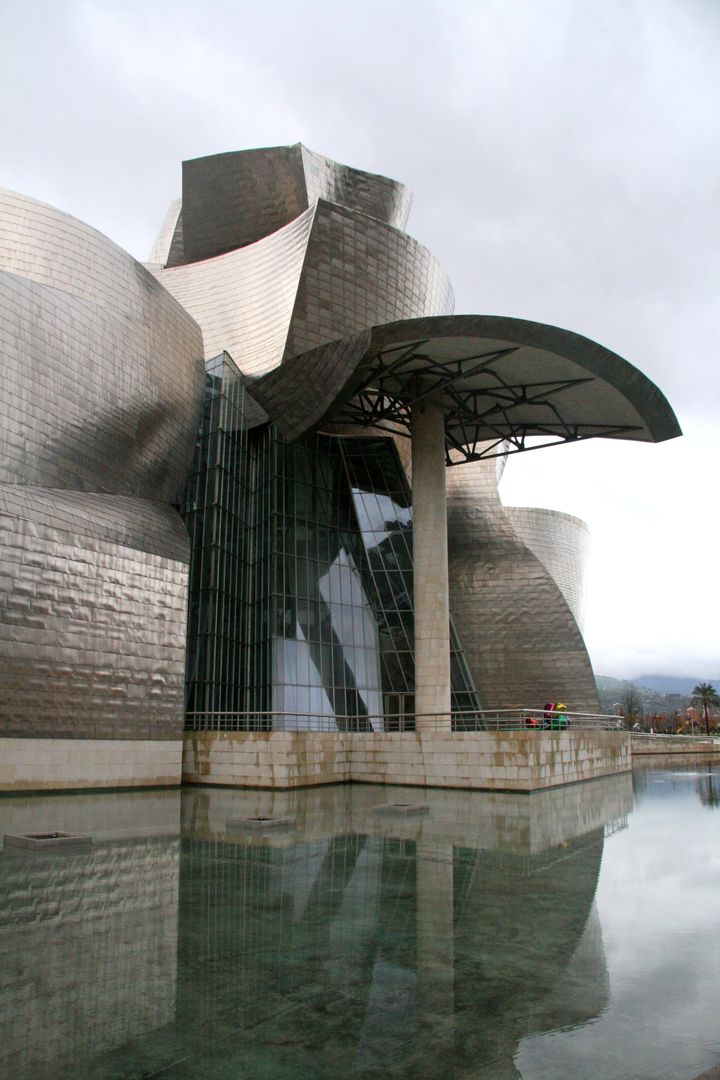 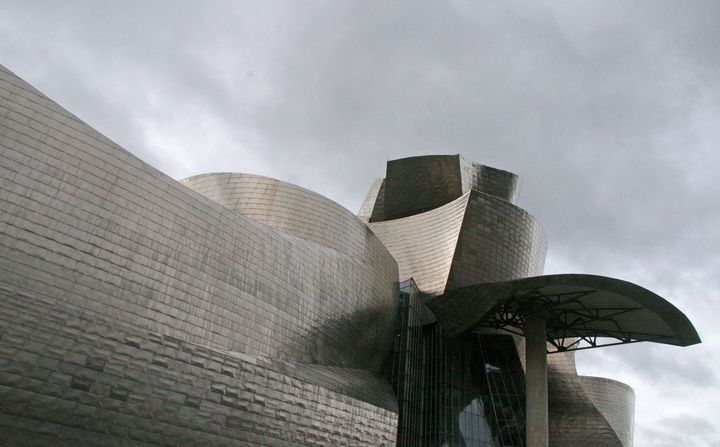 The building occupies a total 24000 square meters and consists of a series of complex volumes that interact with each other in spectacular fashion, with apparent disregard for the laws of statics.

The structure, which perfectly reflects the style of Gehry and the deconstructivist, seems to be carved following contours almost organic. Composed of a geometry unstable with pure forms, disarticulated and decomposed, volumes deformed, cuts, asymmetries and an absence of traditional aesthetic. (The museum, say the designers, does not own any flat surface).

But only apparently chaotic, the museum has great features and attentive to energy savings thanks to skylights placed at its top which dose the light intensity. 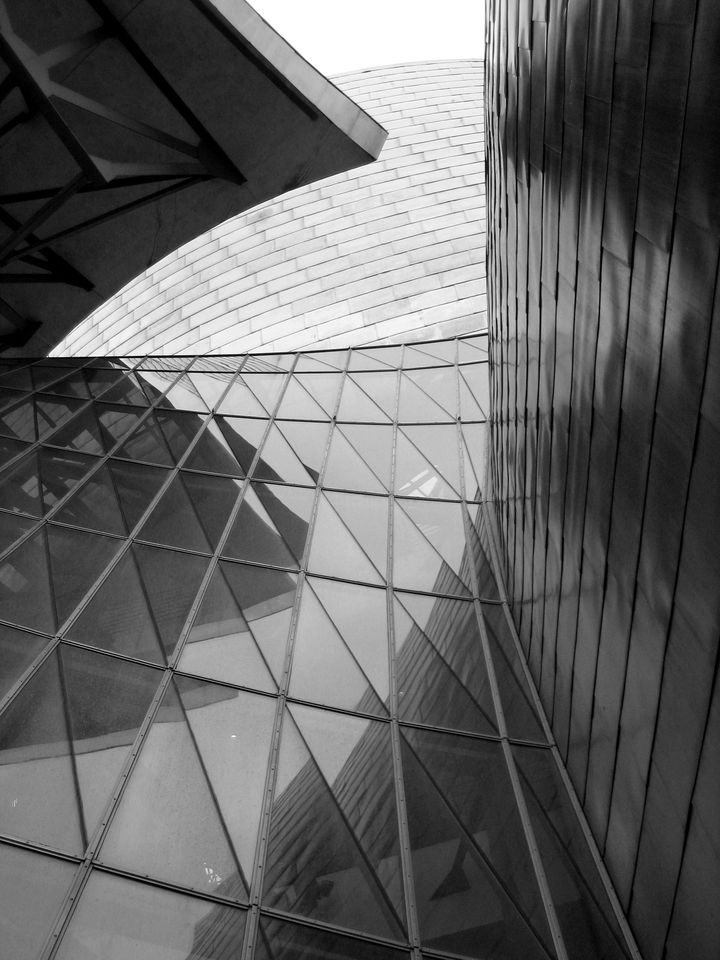 The impact with the surrounding environment is certainly strong but not enough to create disorder, indeed the imposing structure blends with the environment thanks to the simple elegance of the material:

Titanium, which makes brilliant structure almost like the scales of a fish; limestone slabs and sheet glass formed by thermal double crystal that protects the interior from heat and solar radiation.

The building seen from the river, seems to have the shape of a ship, a tribute to the port city and from that of a flower. 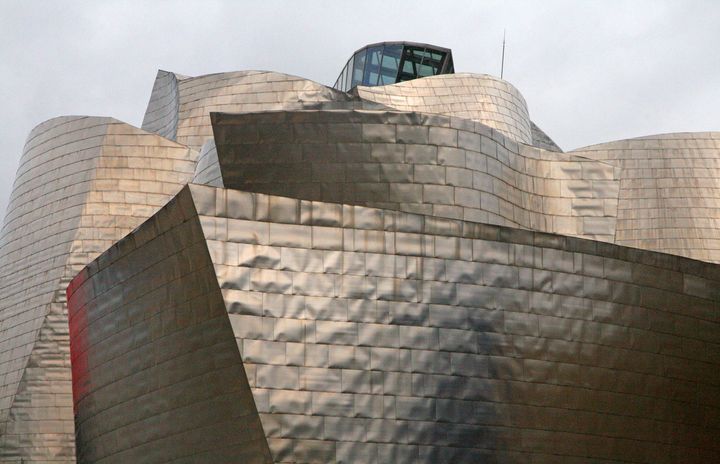 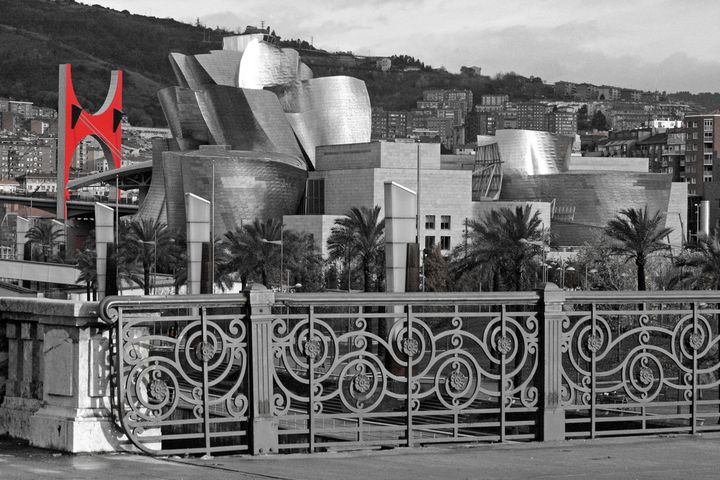 Sometimes all this pomp may seem unnecessary and rightly criticized for its high cost, but if there were new and daring experiments, which in this field are still possible, in a world where it was invented almost everything, you should not ever forward and despite the costs that this type of design can lead to making a town almost unknown and severely depressed from the economic point of view, one of the most popular tourist destinations.