Facade Corian and references to the Bauhaus in the heart of London by architects USE it has been modified: 2015-01-21 di jessica zannori

The architectural firm USE has implemented one of the first major applications of DuPont ™ Corian® techno-surface for the structural facade of a new residential building in an area of ​​London that is experiencing significant regeneration.

As evidence of both the rebirth of the Hackney neighborhood where the pioneering project stands and its attractiveness, each apartment was sold on the floor plan before the building was completed.

Majestic, proud and immaculate, the building situated in Mentmore Terrace contrasts with the historicity of the Victorian railway arches of London Fields and adds excitement to the local landscape gently reflecting light with its elegant and light finish sanded. Made entirely of DuPont ™ Corian®A material that is becoming a façade solution of choice for cutting-edge designers, this high-performance protection against the elements promises to maintain its delicate and sophisticated beauty over time.

Architect Jo Hagan, for years engaged in the regeneration of English districts such as Hackney where he resides, he explains, “There is certainly an element of homage to the Bauhaus in the project. The facade and its relationship with the windows and balconies is the only decorative element. The concept is inspired by Raymond Bradbury's book of Fahrenheit 451, so we used the ratio of 4.5.1. between the various panels. "
Hagan explains that he liked the idea of ​​using DuPont ™ Corian® as an external cladding as he had already been able to appreciate the performance and aesthetic qualities of the material applied to his home kitchen. This project gave him the great opportunity to realize his idea in part because Hagan is co-owner of the building (his studio has moved from an adjacent dated building, on the ground floor of the new headquarters) and therefore, also being ' the customer 'had much more freedom to innovate.

"I've always wanted to cover a building in DuPont ™ Corian®," Hagan explains, “But a vivid imagination is needed as the material has never been used on such a large scale in this country. The application report 4.5.1 allowed the reduction of costs and the achievement of a visual effect of breaking what would otherwise have been a very simple structure. The design of the façade is both abstract and pragmatic, as it offers greater variety than vertical elements and accentuates the impact of the decorative motif thanks to shaded spaces, while from a distance it has a compact appearance. " 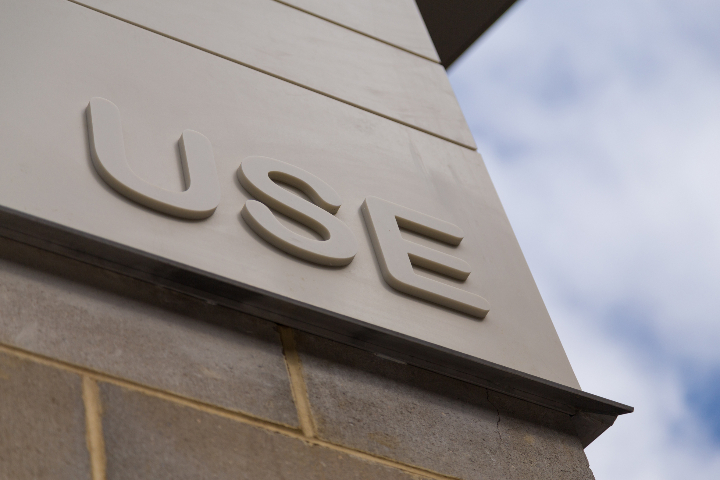 The individual DuPont ™ Corian® panels that make up the façade were made and applied by specialists from the Spanish company Urbana Exteriores, and were installed through a Keil fastening system to a Hilti frame. The facility also benefits from the installation of DuPont ™ Tyvek® UV Facade, a version of the popular advanced breathable membrane, specially created to allow greater design freedom, reliable protection and improved energy performance for open joint facades.

Indeed, sustainability is a key aspect of the building, designed for very low U values ​​(where U is the thermal transmittance value). A heat exchange system ensures that there is recirculation of air between the building and the grids integrated directly into the DuPont ™ Corian® panels to facilitate this process. "Today, architecture becomes radical through technology," says Hagan, "The use of a skin to provide insulation to the building becomes a powerful idea." 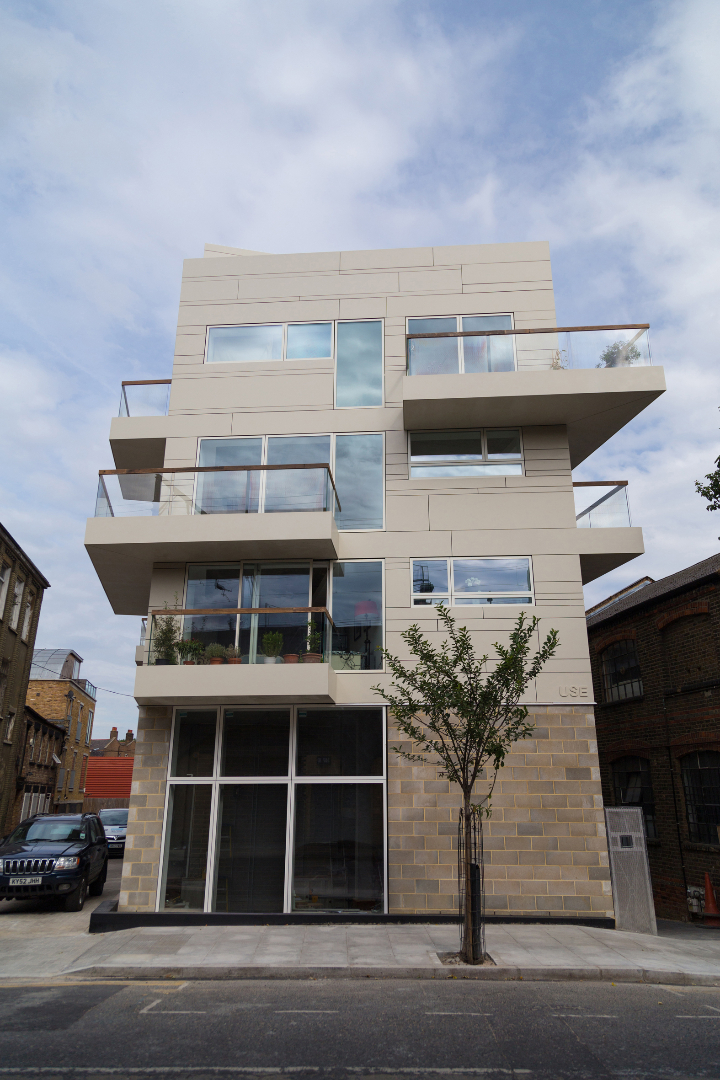 Instead of opting for one of the bright whites contained in the sophisticated DuPont ™ Corian® palette, Hagan chose to dress the building with a subtle shade of gray using Private Gray, a subtle shade that transforms with the variation of the characteristic light of the United Kingdom and, according to Jo Hagan, "makes the building appear to float." There are thirty-seven colors of DuPont ™ Corian® recommended for facade applications, which allow you to make refined choices in exterior cladding projects, and, together with the remarkable versatility of the material, achieve multiple decorative effects.

Completely homogeneous and non-porous, DuPont ™ Corian® is easy to clean and maintain, is flame retardant, resistant to graffiti, UV rays and bad weather - and should damage occur - it is repairable. DuPont ™ Corian® used as an exterior cladding is compatible with an invisible anchoring system and its properties such as lightness and ease of processing mean that fabrication and assembly can be carried out without problems both on site and off.

Whether you want to get a monolithic look with no visible joints or decorative patterns puzzle type or carved, textured, and backlit, DuPont ™ Corian® offers a solution to do as no other material is able to do. 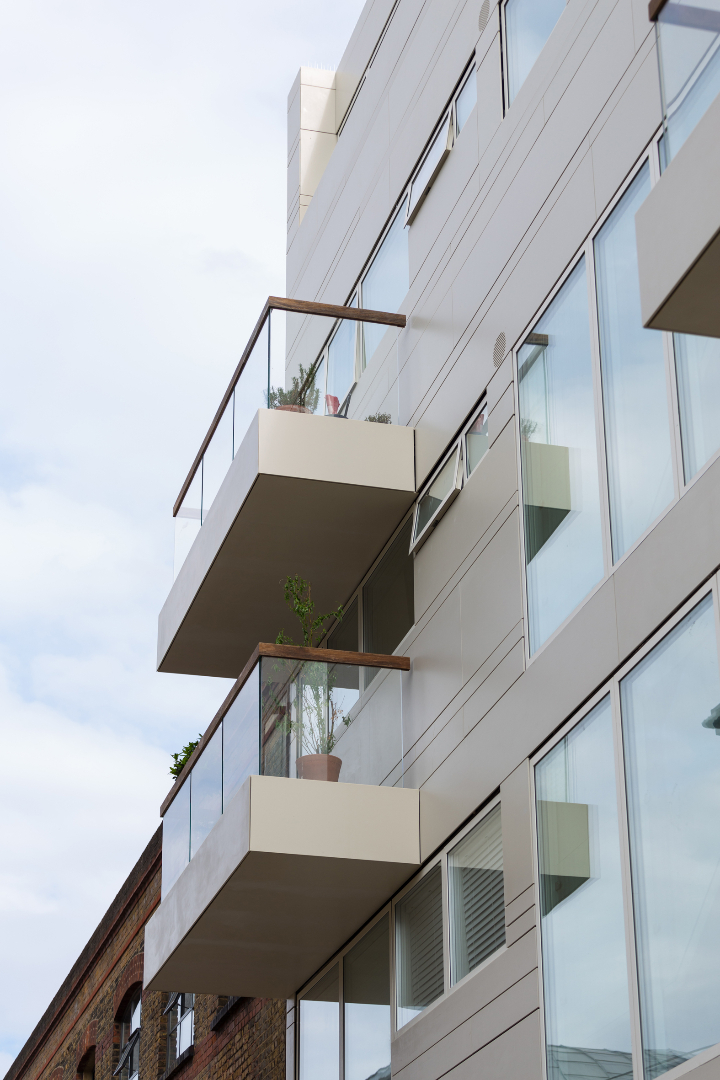 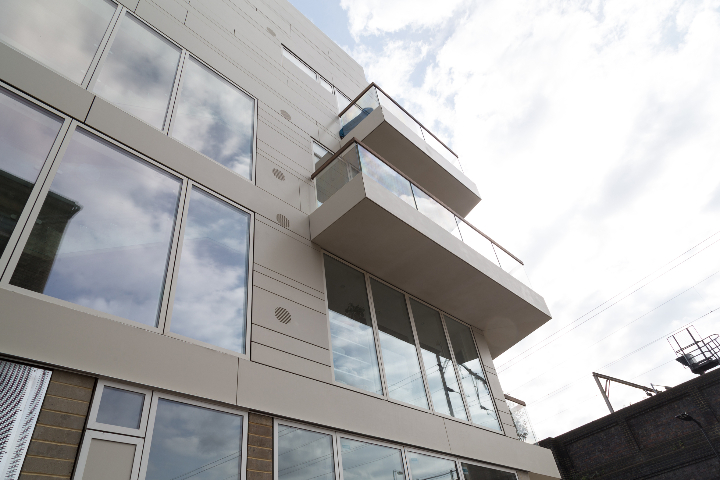 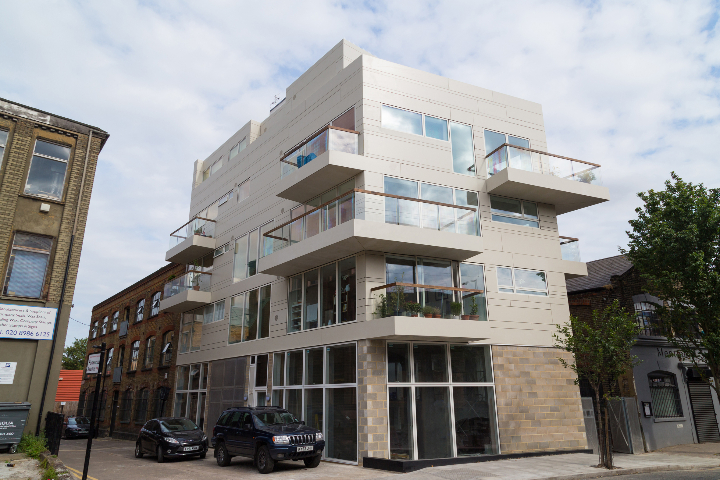 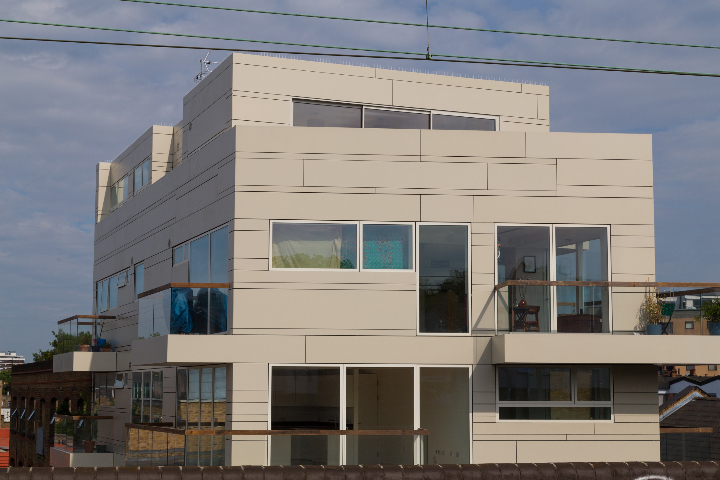