Japan joins Expo Milano 2015, with the aim of offering its food culture as an example of a healthy, sustainable and balanced.

In addition, the country also sees the event as a chance to promote their image following the devastating earthquake of 2011, through increased business and tourism.

Designed by Atsushi Kitagawara The pavilion contains installations of high profile creative Japanese Nendo e TeamLab.
The pavilion blends traditional culture with advanced technology, using a method of compressive deformation in which the joints consist only of carved wood, without metal hooks. The three-dimensional grid of wood symbolizes the origin of the seasonal variation of Japan, he imagined as a "bowl of diversity."

Under the theme of diversity harmonious, creative studio TeamLab has two art exhibitions in the pavilion. Interactive installations are distributed in two rooms, which comprises an area of ​​immersive projection that requires visitors to wade through a sea technology, a waterfall of digital information on Japanese food.

As part of the pavilion, the Japanese studio Nendo has designed an inclined table accompanied by a series of chairs. 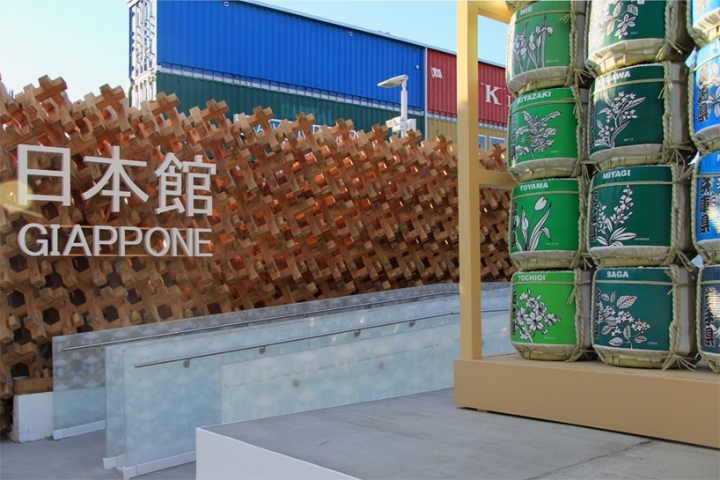 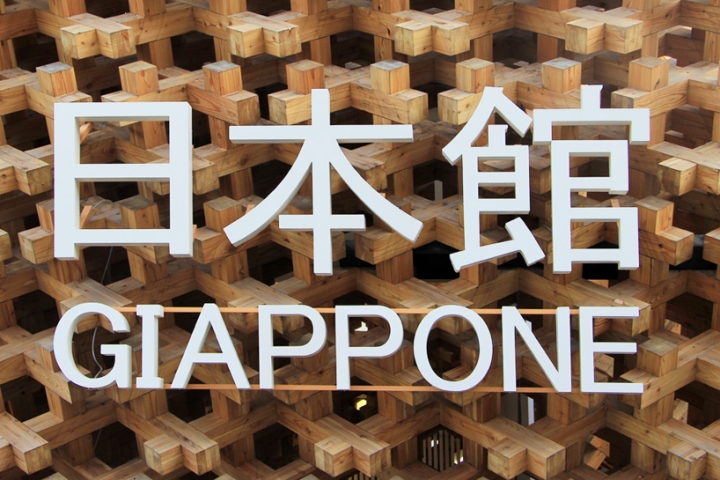 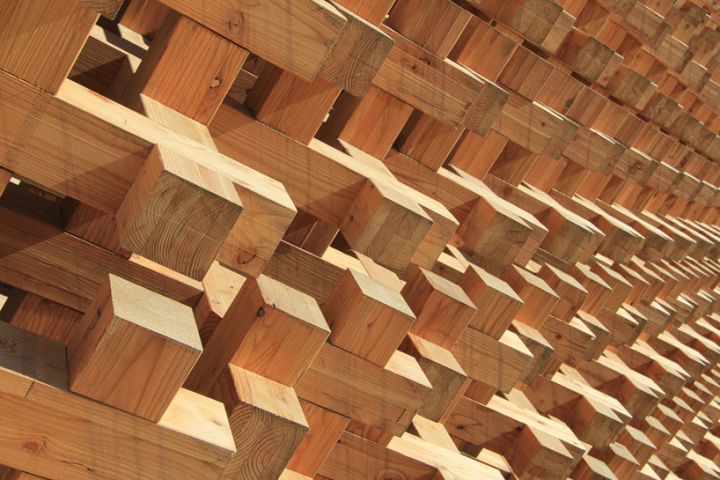 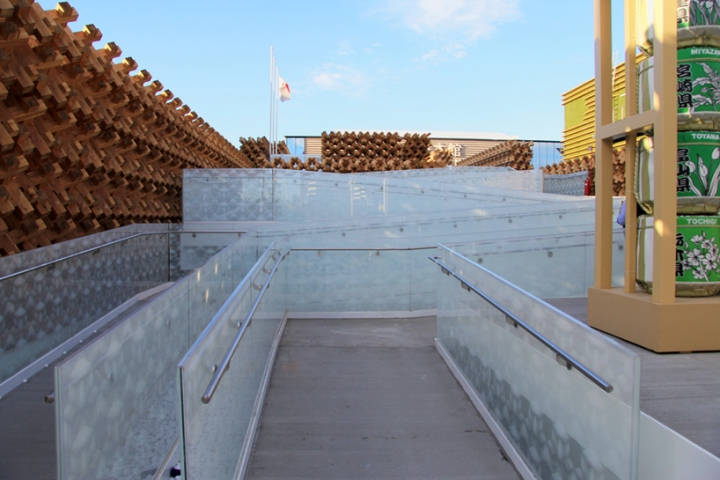 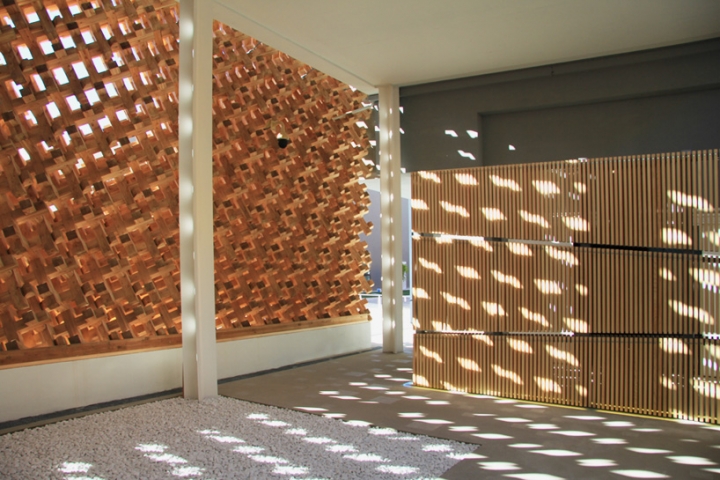 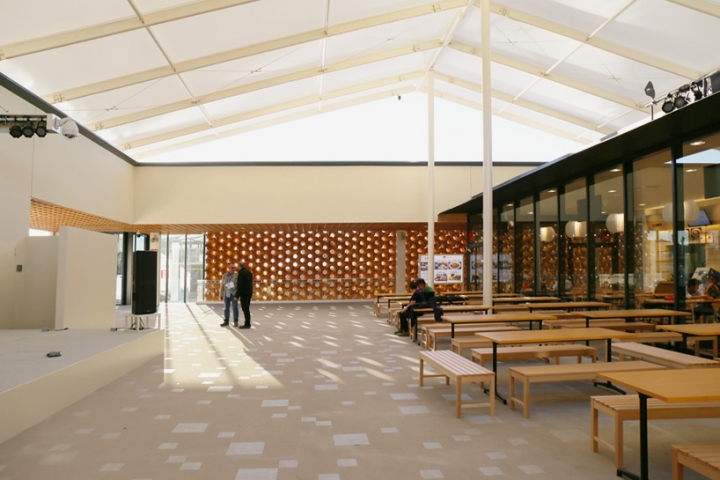 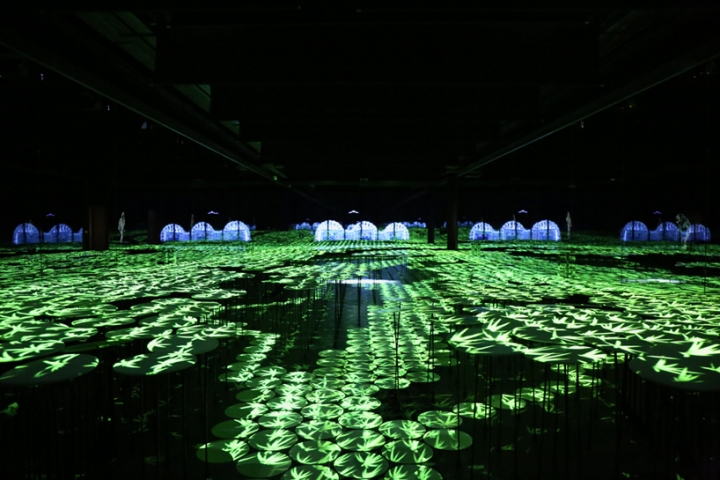 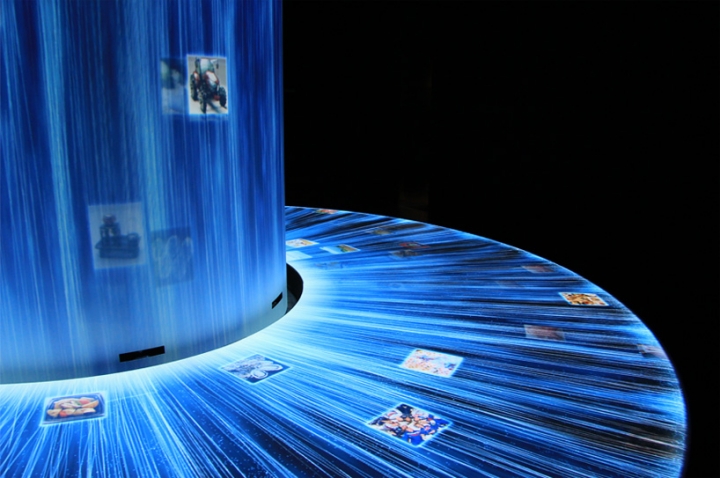 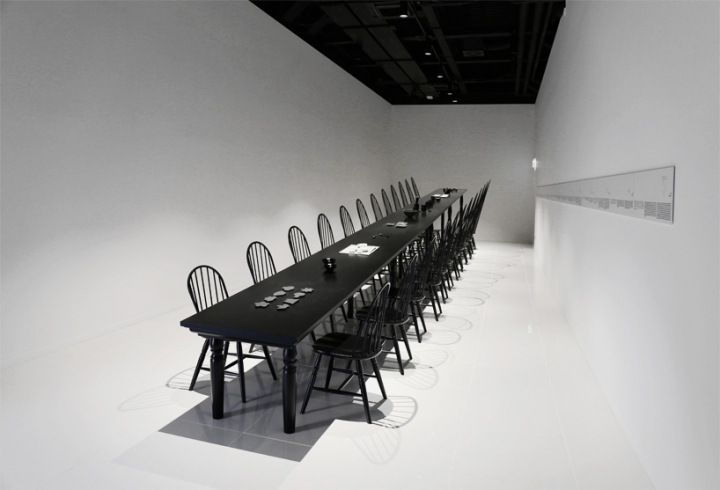 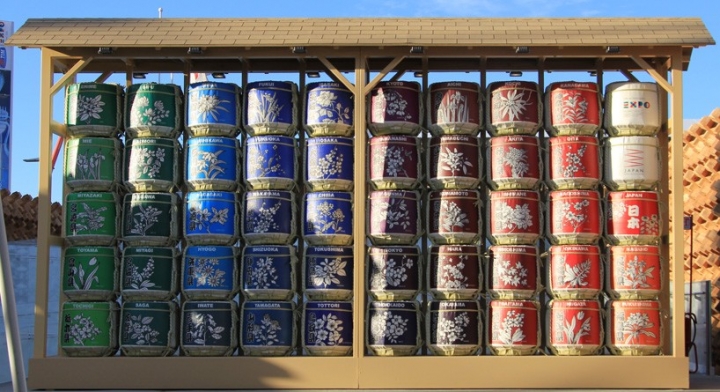 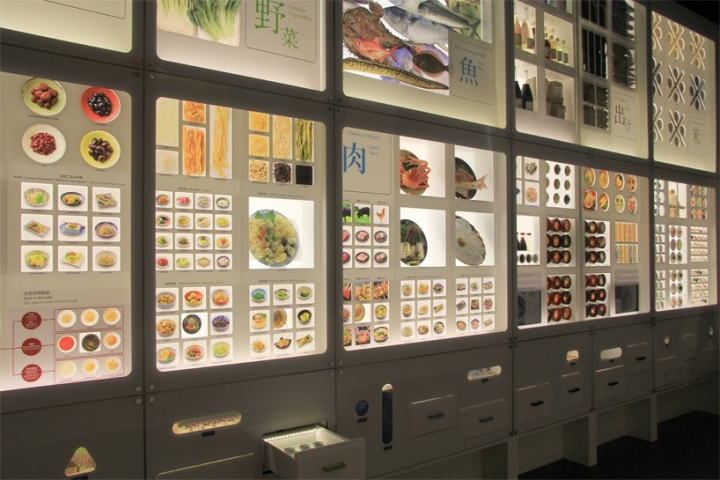